UNIVERSITY OF ILLINOIS AT CHICAGO 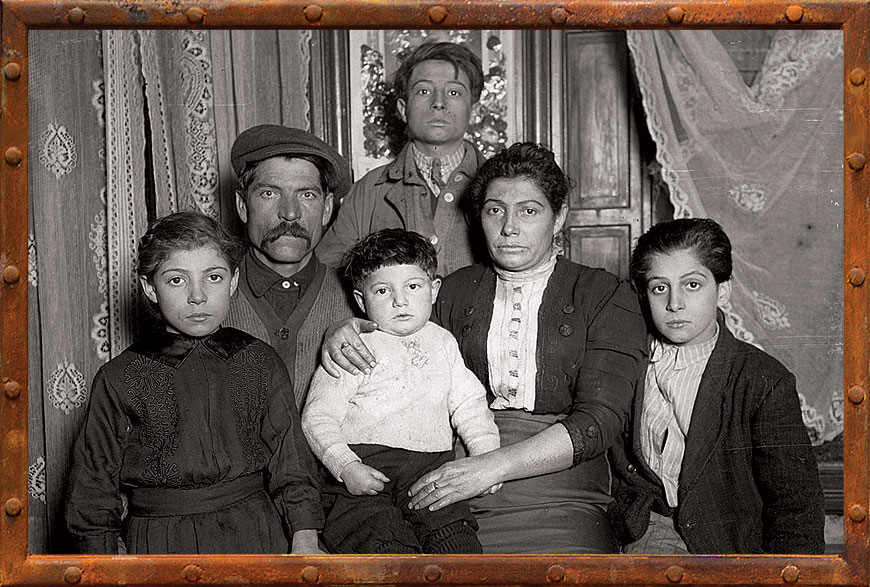 Chicago’s Near West Side was home to many immigrants in the late 19th century. They came for opportunity, but often found hardship as well. Photo Credit: Chicago History Museum 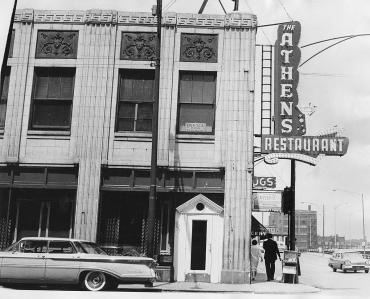 Greeks often settled on the Near West Side in the late 19th century. Chicago’s Greektown, in the area near Halsted and Harrison Streets, was nicknamed “the Delta.” It was one of the best-known communities of Greeks in the country at the time. Photo Credit: Chicago History Museum

Take a walking tour of the historic Netsch Campus at UICIC.

Read about the UIC site selection.

Watch a documentary about Maxwell street.

Chicago in the late 19th century was a place of great promise and opportunity. Immigrants came in waves from Italy, Ireland, Greece, and Eastern Europe – and their numbers swelled further as they sent news of the booming city back to their home countries.

But immigrants also faced poverty, risk, and hardship as they sought to assimilate in a new country.

Many immigrants encountered a friend and advocate in Jane Addams, who opened Hull-House in 1889 on Chicago’s Near West founder of Hull-House. Addams, along with co-founder Ellen Gates Starr, opened Hull-House at Halsted and Polk Streets to offer a safe haven, instruction, and community to new arrivals. Some lived at Hull-House, while others came for activities or classes.

In addition to such needed services as language classes, Hull-House also sought to elevate the immigrant experience by providing cultural offerings in art, theater, and literature.

Hull-House’s role grew over the decades, and its advocacy for the communities it served expanded to encompass legislation and public policy on varied fronts – from public health and education to free speech and fair labor practices.

Jane Addams would become the first American woman to win the Nobel Peace Prize. Today, Hull-House, a National Historic Landmark, is open as a museum on the University of Illinois at Chicago (UIC) campus.

Also important to both the immigrants of the Near West Side and other Chicagoans alike was the multi-cultural Maxwell Street Market, a mile-long street market where you could get a deal or make a buck. For more than 100 years, shoppers enjoyed live music, food vendors, and a colorful atmosphere, while entrepreneurs found an opening.

Part of Maxwell Street Market was demolished to make way for the Dan Ryan Expressway in the 1950s; the deathblow came in the 1980s, when UIC decided it needed the rest of its land for athletic fields.

When Mayor Richard J. Daley suggested that the perfect site for the new UIC campus would be the Near West Side, it didn’t go over well with the thousands of families and hundreds of businesses that would have to relocate. But Mayor Daley was undeterred.

A long and ultimately futile fight ended in 1963 at the U.S. Supreme Court, which declined to hear the plaintiffs’ case. 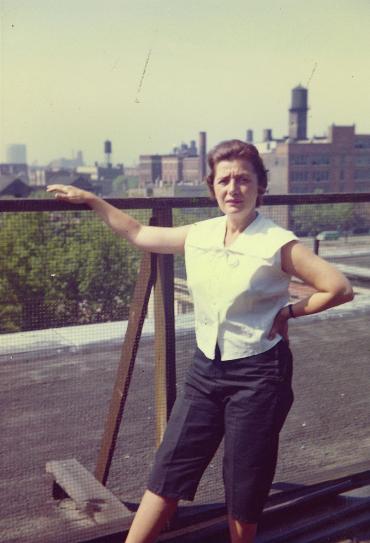 Activist Florence Scala led neighbors in a bitter and unsuccessful fight to save the neighborhood from being torn down to make way for expansion of the UIC Campus. Approximately 8,000 people and 600 businesses were displaced. Photo Credit: Chicago History Museum 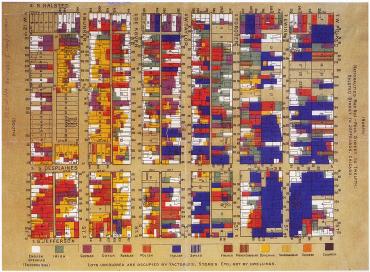 Hull-House is credited with inventing the first playground. Providing recreation for children was a high priority, and a novel concept at the time. Photo Credit: Chicago History Museum 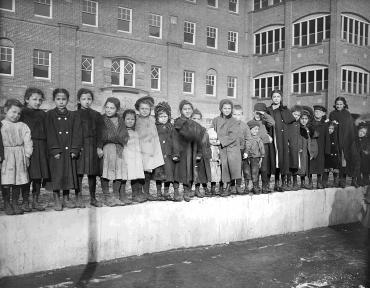 Hull-House studied the demographics of its neighborhood so that it could communicate and advocate on behalf of its constituents’ needs. Photo Credit: Chicago History Museum 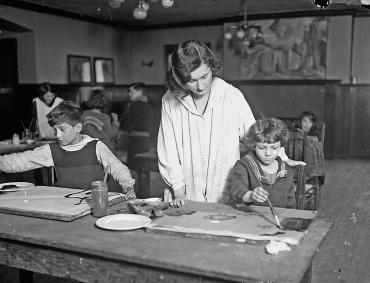 Beyond providing such basics as kindergarten and language and cooking classes, Hull-House also offered instruction in culture and the arts. As it expanded, Hull-House became an important advocate for public policy issues. Photo Credit: Chicago History Museum 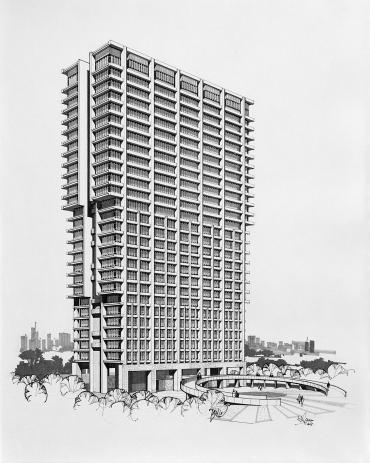 As with so many urban renewal fights in Chicago, Mayor Richard J. Daley ultimately got what he wanted. This modern building by architect Walter Netsch of Skidmore, Owings & Merrill rose against the protests of local activists. Photo Credit: Chicago History Museum 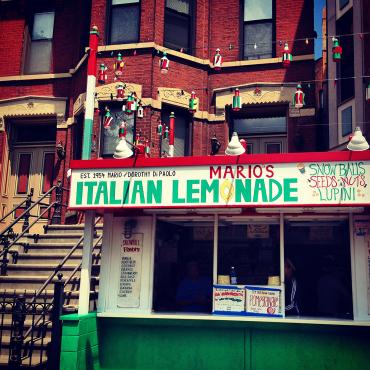 Today you can find remnants of Little Italy along Taylor Street west of the UIC Campus.