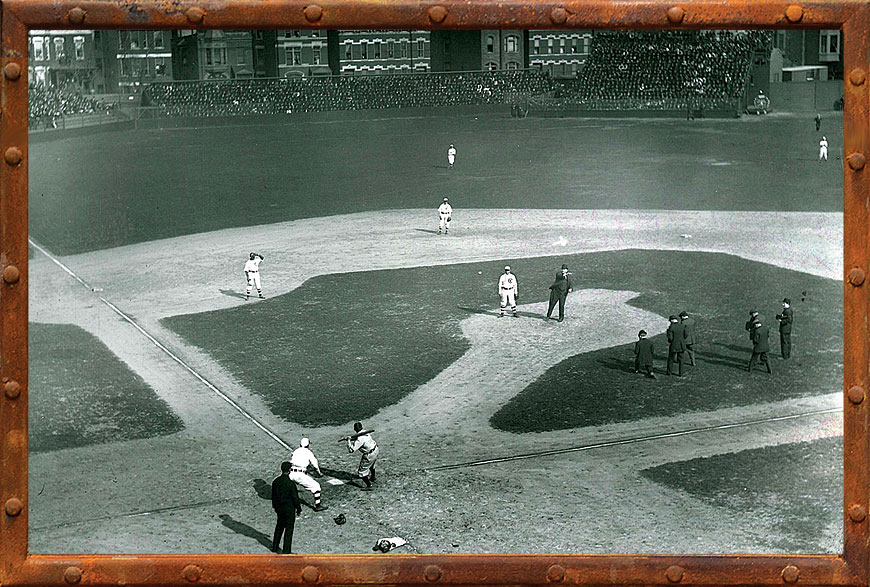 Chicago may be the only city in which the Cubs ever played, but Wrigley Field is not the only ballpark. They moved to Wrigley Field (then called Weeghman Park) from the West Side Grounds in 1916. This photo is from the 1908 season, when the Cubs beat the Detroit Tigers in the World Series – for the second year in a row. Photo Credit: Chicago History Museum 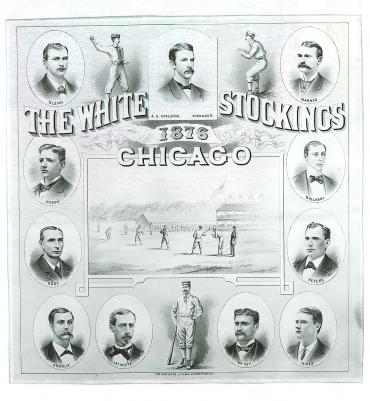 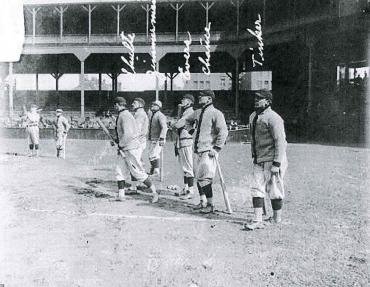 The fearsome fielding skills of three Cubs players – Joe Tinker, Johnny Evers, and Frank Chance – were immortalized in a famous poem and in the Baseball Hall of Fame. Photo Credit: Chicago History Museum

Read about the history of the Cubs.

Read about the Cubs’ west side grounds.

Some people are surprised to learn that Wrigley Field has not always been the home of the Chicago Cubs. More than 100 years ago, a ballpark on the West Side provided the backdrop for their two most successful seasons.

That ballpark was called the West Side Grounds, and it sat where the University of Illinois Medical Center is located today.

From 1893 to 1915, the Cubs played 22 seasons at West Side Grounds under various names: the Chicago White Stockings, the Chicago Colts, the Chicago Orphans, and finally as the Chicago Cubs (officially adopting the name in 1907, though playing earlier under the Cubs nickname).

It was here that a pitcher named Mordecai “Three-Finger” Brown (who as a child had lost parts of two fingers in a farm-machinery accident) helped lead the Cubs to four pennants between 1906 and 1910 – and beat the Detroit Tigers in two, back-to-back World Series (1907 and 1908).

It was also at the West Side Grounds that the legendary Cubs infield of Joe Tinker, Johnny Evers, and Frank Chance became a finely oiled double-play machine, striking fear and dismay into opponents.

The three were immortalized in a famous poem, written from the perspective of the hapless New York Giants and titled Baseball’s Sad Lexicon, by Franklin Pierce Adams:

The Cubs moved to the North Side’s Weeghman Park (now Wrigley Field) in 1916. The West Side Grounds were demolished in 1920.

Alas, the magic didn’t follow the team to its new home on the North Side. As of 2013, the Cubs had not won another World Series since 1908 – the longest drought in baseball history.

Mordecai “Three-Finger” Brown lost parts of two fingers in a farm-machinery accident in his youth. Despite that handicap, he had six 20-win seasons, and in 1908, he pitched four consecutive shutouts (June 15, June 25, July 2 and July 4, 1908). “That old paw served me pretty well in its time,” Brown said. Photo Credit: WikiCommons 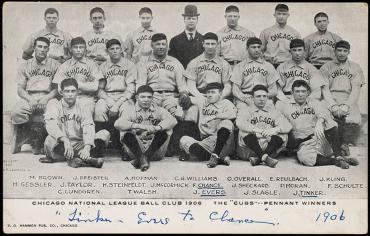 The Cubs in 1906. Photo Credit: WikiCommons 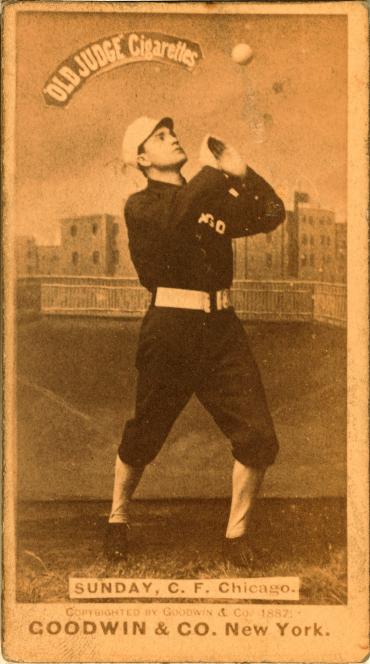 Billy Sunday was with the Chicago White Stockings from 1883-1887. He left the team to become a famous barnstorming evangelist, but remained a lifelong baseball fan. Photo Credit: Library of Congress