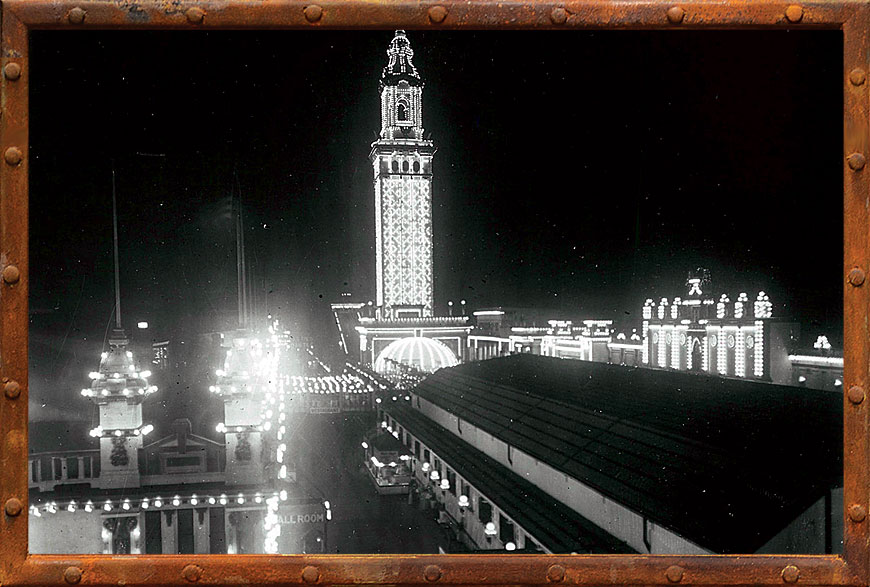 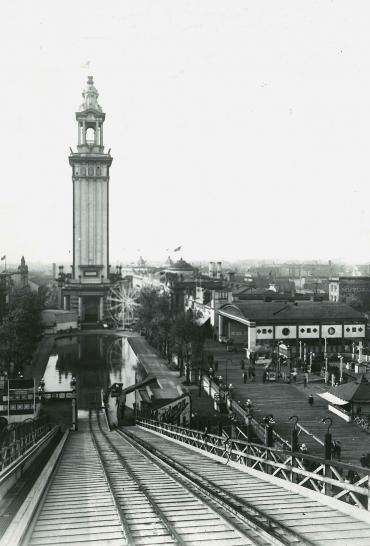 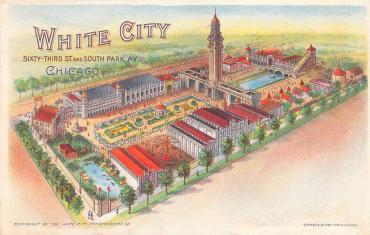 Vintage postcards captured the park’s layout in its heyday. The inspiration of the World’s Columbian Exposition of 1893 was unmistakable. White City was open from 1904 to 1933 (a roller rink remained open until 1949). Photo Credit: chuckmanchicagonostalgia.files.wordpress.com 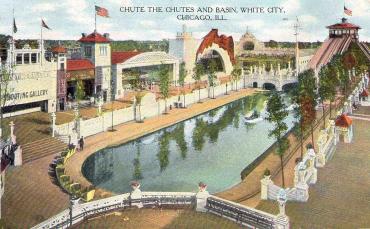 The World’s Columbian Exposition of 1893 left Chicagoans with an appetite for a wide variety of new amusements and entertainment. They might not have the original White City any more, but they could have something like it, if on a much smaller scale, at White City Amusement Park.

It opened in 1905 on a former cornfield at 63rd Street and South Parkway (later Dr. Martin Luther King Jr. Drive), and it captured some of the zeitgeist of the original White City, with its Beaux Arts buildings and even a miniature grand basin of sorts that served as the landing pool for the park’s “Shoot the Chutes” ride.

White City even had an answer to the Eiffel Tower and the Ferris wheel: a giant “Electric Tower” that could be seen from 15 miles away. It was a beacon to the masses, a shining sign that the happiness brought by that 1893 fair could still be found.

Joseph Beifeld, owner of the Sherman Hotel, organized the financing for White City and served as president of the company in the park’s earliest days. He insisted on charging only 10 cents admission, so that more people could enjoy what White City offered:

I'm glad of one thing, boys … we will give the people of Chicago an opportunity of enjoying themselves such as they have never yet dreamed of. When I think of the hot stufl'y (sic) theatres in Chicago on summer evenings; when I think of the absolute barrenness of the lives of so many thousands of men, women and children there, who have no place to go for clean, unobjectionable entertainment and pleasure, I'm glad that we are going to build White City, from humanitarian principles if for no other reason.

But while the park did offer a happy diversion for many, its penny arcade, ballroom, roller rink, beer garden, and boardwalk were for whites only – even as the neighborhood surrounding the park became increasingly populated by African Americans as a result of the Great Migration.

White City went bankrupt during the Depression and closed all but its roller rink in 1933.

In the late 1940s, that roller rink was the target of demonstrations and even a lawsuit by the Congress of Racial Equality (CORE), which opposed the continued discrimination against blacks. The roller rink closed in 1949.

In the 1950s, the 694-unit Parkway Gardens housing project was built on the site. 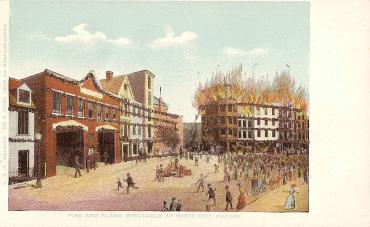 A “Fire and Flames” spectacle was among the entertainment at White City. Delighted spectators saw the Great Fire of 1871 reenacted on a regular schedule: buildings were “set aflame,” and screaming actors jumped from windows to life nets below as firemen doused the burning buildings. Photo Credit: chuckmanchicagonostalgia.files.wordpress.com 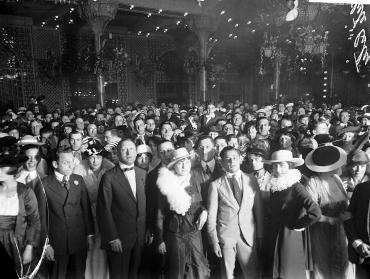 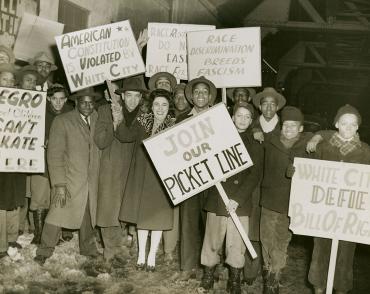 The White City roller rink – the only part of White City that remained after the rest of the park closed in 1933 – was the target of demonstrations and even a lawsuit by the Congress of Racial Equality (CORE), which opposed the continued discrimination against blacks. The roller rink closed in 1949. Photo Credit: Chicago History Museum