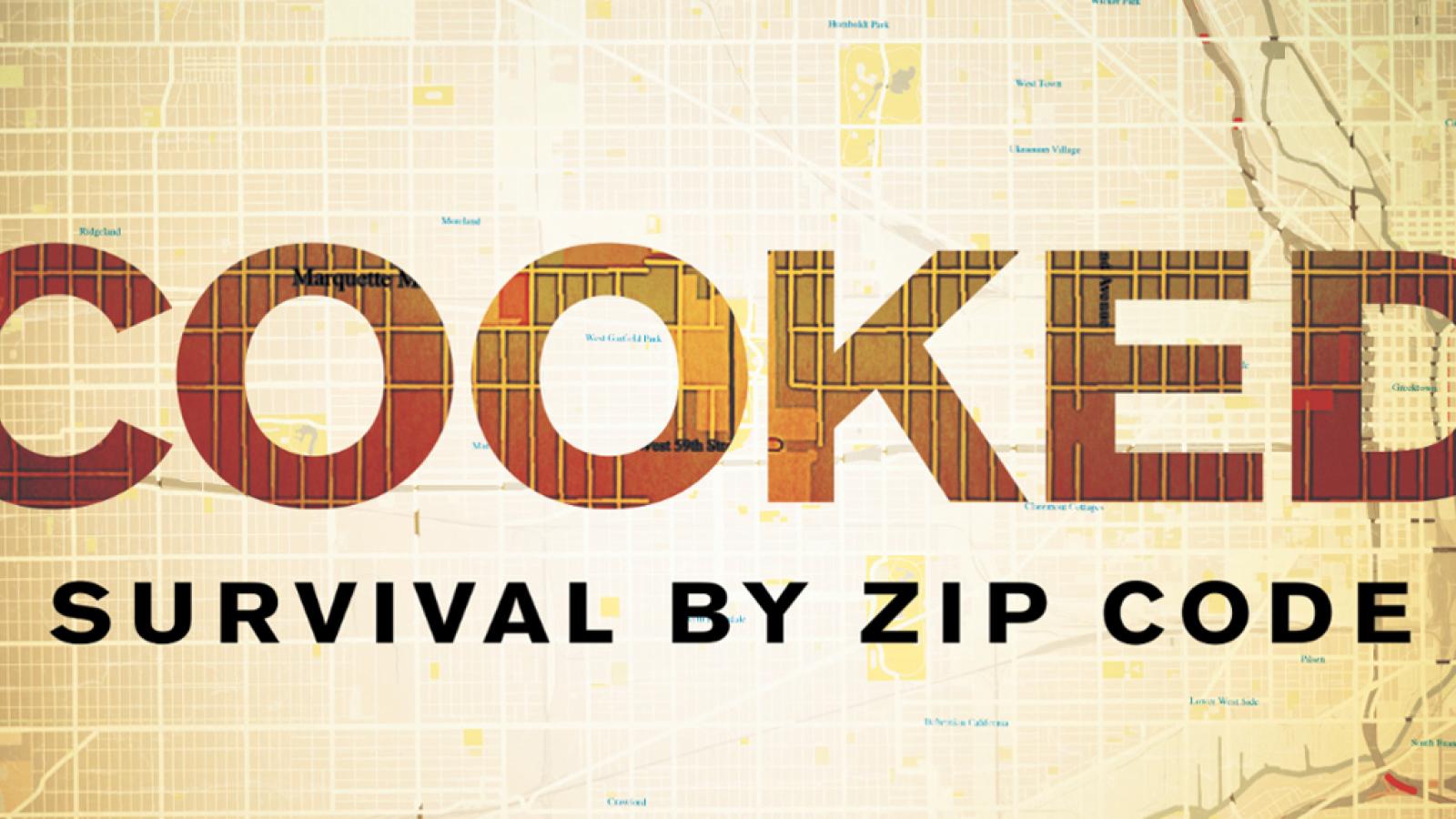 WTTW, in partnership with the Department of Cultural Affairs and Special Events and Kartemquin Films presents a FREE screening and discussion of Independent Lens: Cooked - Survival by Zip Code.

Inspired by Eric Klineberg’s book, Heat Wave: A Social Autopsy of Disaster in Chicago, Peabody Award-winning filmmaker Judith Helfand (Blue Vinyl) takes a hard, personal, and often quirky look at the inequity of natural disaster, beginning with her family’s own experience of Hurricane Sandy. She ultimately zeroes in on Chicago’s shockingly inadequate response to the deadly July 1995 heatwave, during which the city morgue overflowed with the sudden deaths of 726 citizens, largely the elderly and people of color from the city’s impoverished South and West Side.

This audacious look at natural disaster American-style starts with the stark premise that a zip code can be an accurate predictor of life or death when nature unleashes its worst. With increasing frequency and force, climate change sets the agenda for hurricanes, floods, heat waves, and such, but systemic neglect, deep poverty, and political expediency have already drawn the line between the survivors and the doomed, even before disaster strikes.

The screening will be followed by a panel discussion. This is a free event; please RSVP.