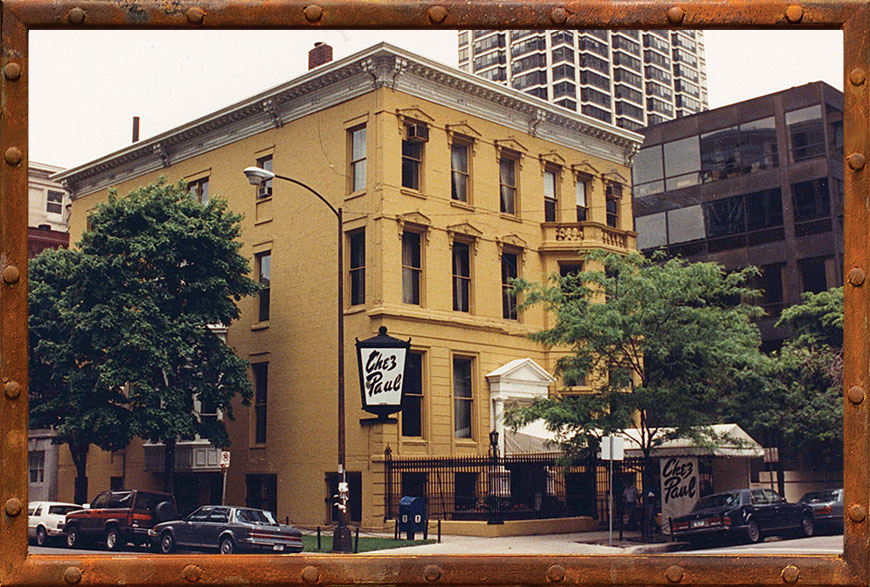 It was not merely a restaurant, but an institution: the legendary Chez Paul, which served customers at the corner of Erie and Rush Streets in River North from 1965 to 1995. Photo Credit: Courtney Contos

Chez Paul, at the corner of East Erie and North Rush Streets in River North, was a storied place, the kind of restaurant that makes its way into gossip columns and movies. 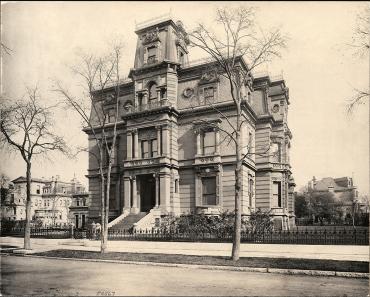 Cyrus McCormick’s mansion was even grander than Leander’s, taking up an entire city block. So many McCormicks lived in the neighborhood, in fact, that some called it “McCormickville.” Photo Credit: Art Institute of Chicago 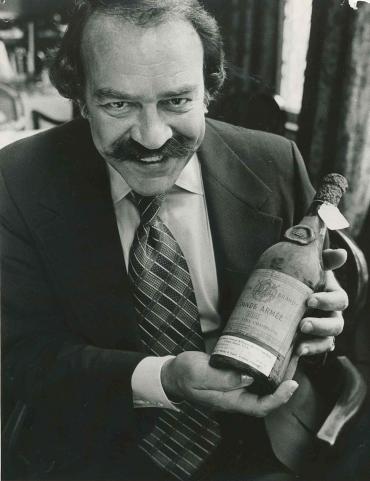 Owner Bill Contos always drove a Rolls-Royce. His father had opened the original Chez Paul on Delaware Street in 1945. Contos was Greek; he brought in a chef from France. Photo Credit: Courtney Contos 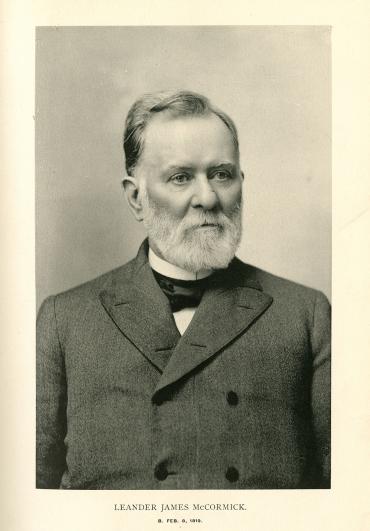 Chez Paul occupied a mansion built in 1875 by Leander McCormick, one of the scions of the McCormick dynasty. Photo Credit: Chicago History Museum

In fact, in 1980 the restaurant appeared in The Blues Brothers: John Belushi and Dan Aykroyd, as Jake and Elwood, pulled up to the front of the restaurant, screeched to a halt, and proceeded to dine inside, horrifying the genteel patrons. Their waiter, by the way, was played by Paul Reubens of Pee-wee Herman fame.

Chez Paul occupied a mansion built in 1875 for industrialists Leander McCormick and his son Robert Hall McCormick and was originally constructed as two-side by-side homes. They lived across the street from Leander’s brother and business partner Cyrus McCormick, whose even grander home filled an entire block.

The McCormicks were all in the family business of manufacturing mechanical agricultural reapers. They met with great success and were one of the wealthiest families in America, but they didn’t all get along; in fact, the two brothers were said to not be on speaking terms due to differences about how to run the business.

Chez Paul closed its doors in 1995, two years after the death of its owner; today the building is used as office space. 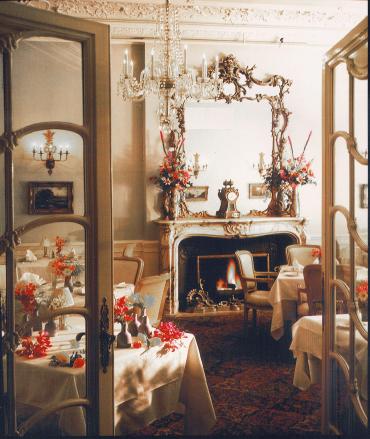 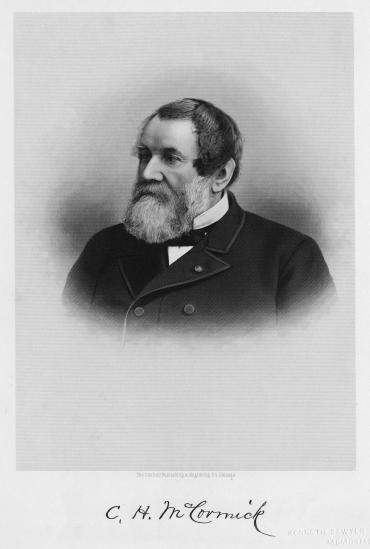 The McCormick mansion sat across the street from the home of Leander’s brother and business partner, Cyrus McCormick. The two men were said to not get along. Photo Credit: Chicago History Museum

Chez Paul was the place for the rich and famous, such as visiting Hollywood star Burt Reynolds, to see and be seen. Photo Credit: Courtney Contos