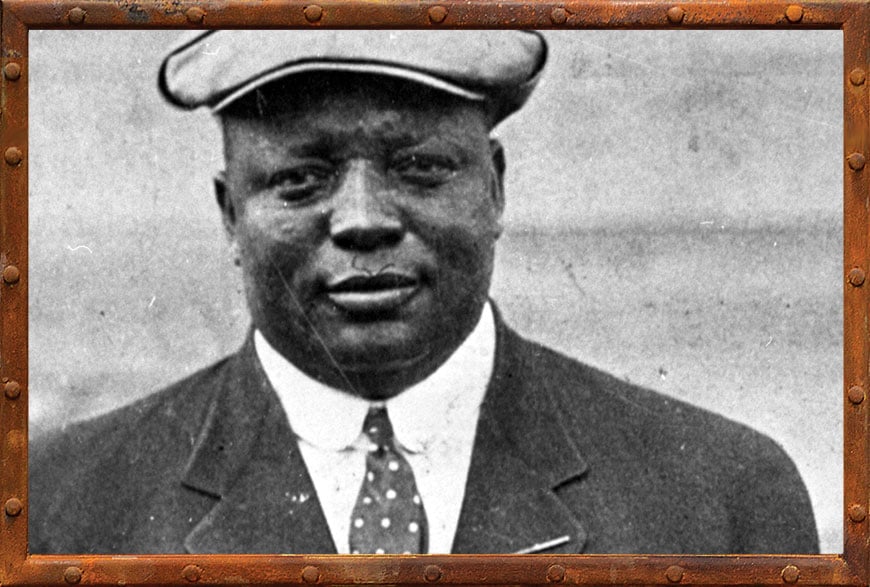 Andrew “Rube” Foster was a colossal figure in the early history of baseball. He founded the Negro National League and ran it from Chicago. He was elected to the Baseball Hall of Fame in 1981. Photo Credit: Getty Images 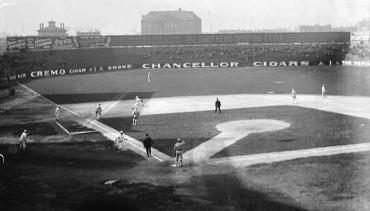 South Side Park was the home of the Chicago White Sox until 1910, when Comiskey Park was completed. Rube Foster and his Chicago American Giants then took over the field and named it Schorling’s Park. Photo Credit: Public Domain via WikiCommons

Andrew “Rube” Foster, a black baseball pitcher turned manager, led the Chicago American Giants, a team that played at Schorling’s Park (also known as South Side Park), which stood at Pershing Road where today it crosses the Dan Ryan Expressway.

In 1920, Foster founded the Negro National League and then led his American Giants to three straight league championships. Foster was elected to the National Baseball Hall of Fame in 1981; its website labels him an “unsurpassed visionary.”

In 1962, Mayor Richard J. Daley oversaw the construction of the Robert Taylor Homes, the largest public housing project in the country at the time. It replaced the Federal Street slum, a collection of single and multifamily homes stretching from 39th to 54th Streets.

The complex of 28 high-rise apartment buildings rose along two miles of the Dan Ryan Expressway, a brand-new highway that divided the mayor’s own Bridgeport neighborhood from the poorer black neighborhoods to the east.

At the dedication of the Robert Taylor Homes, Daley professed his hopes for the ambitious urban renewal project: “This project represents the future of a great city. It represents vision. It represents what all of us feel America should be and that is, a decent home for every family in every great community.”

But it didn’t work out that way. The utopian dream of public housing was shattered by gang violence, intractable poverty, and poor building maintenance and management. 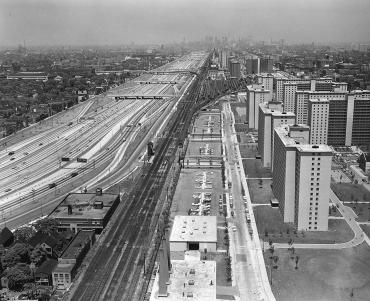 The Dan Ryan Expressway was originally designed to run through Bridgeport, the neighborhood of the elder Mayor Daley. It was rerouted eight blocks to the east. Photo Credit: Chicago History Museum 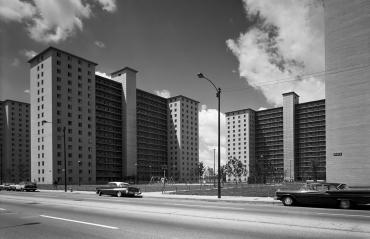 The urban renewal vision of the Robert Taylor Homes and other high-rise housing projects of its era soon proved flawed. Chicago demolished virtually all of its high-rise public housing in the 1990s and early 2000s – 18,000 units in all. Photo Credit: Chicago History Museum