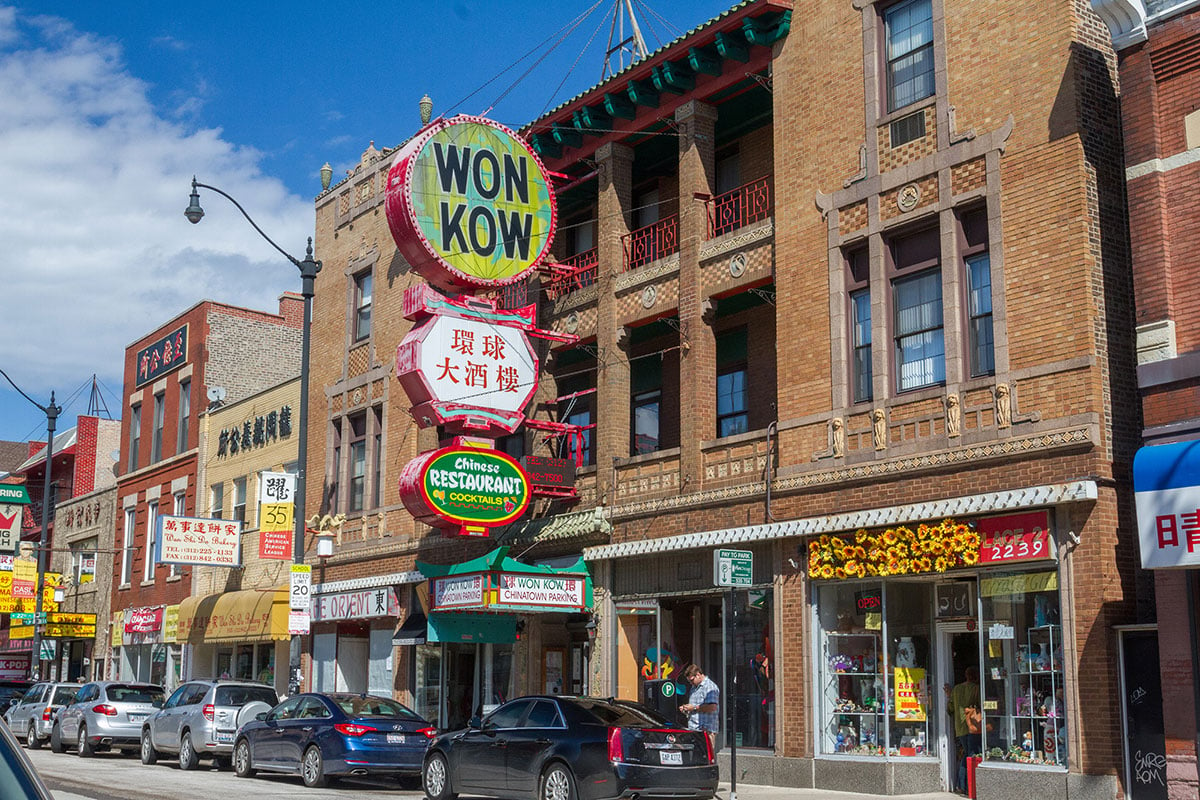 The U.S. saw its first wave of Chinese immigrants around the 1849 Gold Rush. As the Chinese population moved eastward over the next few decades, along with the transcontinental railroad, Chicago’s first Chinese community emerged downtown, around Clark and West Van Buren Streets.

But as Chicago’s population swelled from 500,000 to over 1 million between 1880 and 1890, the growing Chinese community needed elbow room and a place to call its own. Many moved to the near southwest portion of the city, around South Wentworth Avenue and Cermak Road, establishing what has today become Chicago’s thriving Chinatown, a densely packed, 30-block area with 27,000 residents and over 400 businesses.

A prominent building in the Chinatown streetscape has a colorful history. In the 1920s, a group of Chinese community leaders known as the On Leong decided that a bold visual statement of Chinese presence would enhance Chinatown. They erected a distinctly Chinese building, with twin pagodas on its parapets. The On Leong Chinese Merchants Association held 30 businesses. In the 1960s, the FBI seized the building after it was discovered that it served as headquarters for organized crime activity including racketeering and gambling. Today, the non-profit Pui Tak Center provides a community, cultural, and social services hub in the building.

Around the nexus of Wentworth and Cermak, restaurants offering Cantonese, Szechuan and other regional Chinese cuisines draw Chinese food lovers from all over. Nearby, the recently enhanced Ping Tom Park creates a connection from Chinatown to the South Branch of the Chicago River, and visitors can catch a water taxi to downtown.

Of course, Chicago’s Chinatown offers visitors much more than interesting cuisine. Visitors experience an ancient culture whose people have endured over time and adapted the best of East and West customs and traditions into a true Chicago lifestyle. St. Therese Catholic School offers a perfect example of this melding, offering advanced academics and language classes in both Mandarin and Cantonese. 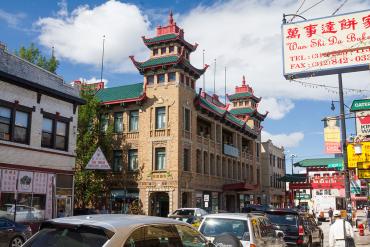 The former On Leong Chinese Merchants Association Building at 2216 South Wentworth Avenue was erected in the 1920s as a statement of Chinese presence in Chicago. After a 1960s racketeering investigation, the Federal government seized the building. Today it is occupied by a community center operated by the Chinese Christian Union Church. The building was designated a Chicago Landmark in 1993. 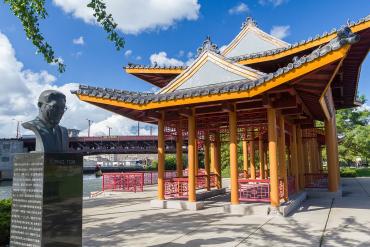 Ping Tom Memorial Park, on the south branch of the Chicago River, was dedicated in 1999. It is named for a civic leader who advocated for a park in Chinatown before his death in 1995. 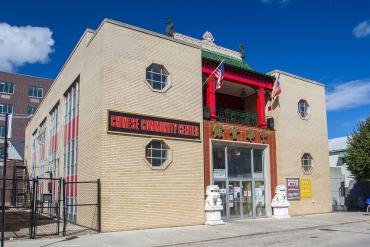 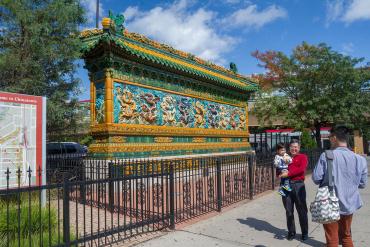 The number nine is an auspicious figure in Chinese astrology. In ancient folklore, the Chinese people consider themselves to be descended from dragons. Chinatown’s Nine-Dragon Wall, at South Wentworth Avenue and West Cermak Road, presents nine large dragons and 500 smaller ones. Completed in 2003, it is a miniature reproduction of a larger such wall in Beijing. 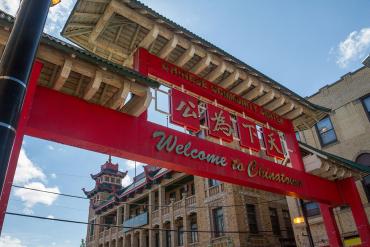 The Friendship Gate, at South Wentworth Avenue and West Cermak Road, welcomes visitors to a busy Chinatown retail district. The Chinese characters read, “Everything under the heaven, for the people.” 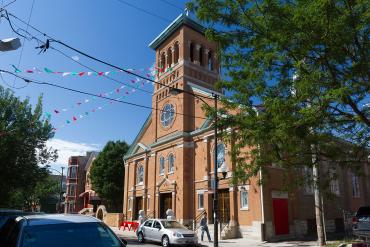 St. Therese Chinese Catholic School, at 247 West 23rd Street, offers language classes in Mandarin and Cantonese, and has been recognized locally and nationally for its advanced, Chinese-influenced curriculum. 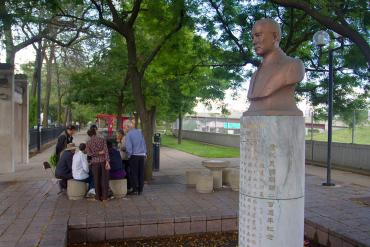 Men play Go at the Sun Yat-Sen Playlot Park at 241 West 24th Place, adjacent to the Stevenson Expressway. The column supporting a bust of Sun Yat-Sen, a Chinese revolutionary and statesman who is considered the father of modern China, is inscribed with quotes by Confucius. 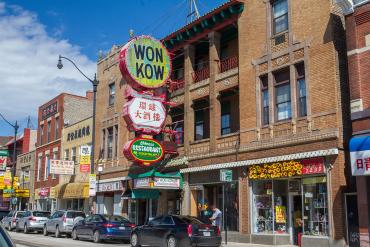 Won Kow Restaurant, at 2237 South Wentworth Avenue, opened in 1928. It is the oldest continuously operating restaurant in Chinatown. 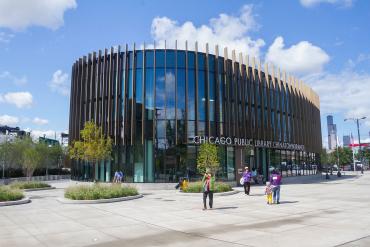 A new, 16,000-square-foot branch of the Chicago Public Library branch, designed by Chicago architects Skidmore, Owings & Merrill and Wight and Company, opened in 2015 at 2100 South Wentworth Avenue. At night, the building design creates the impression of a glowing lantern. 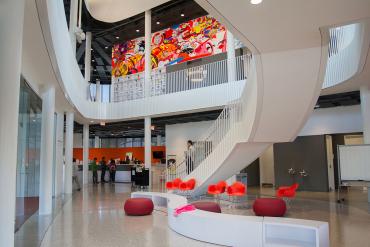