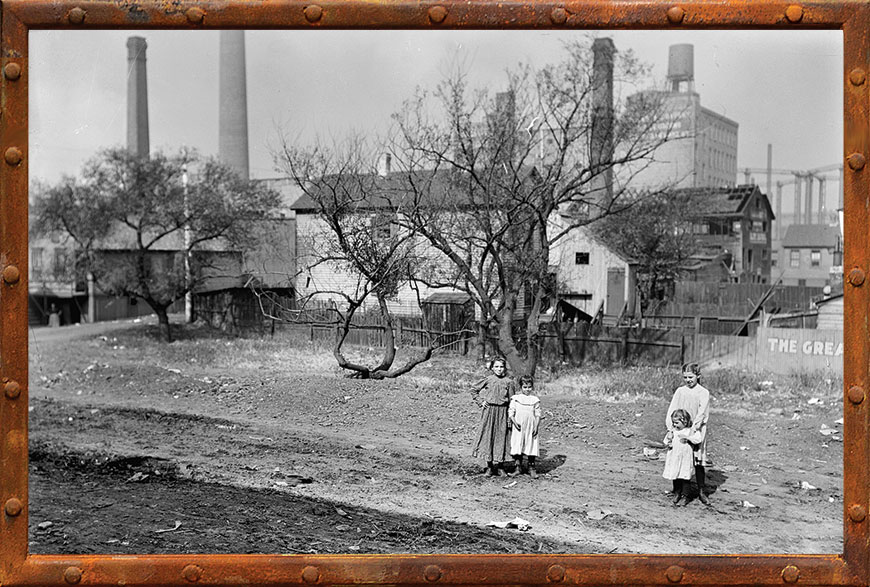 Housing near the steel mills and gas works of Goose Island drew many Italian immigrants to the area known as “Little Hell.” It would later become home to the Cabrini-Green public housing complex.Photo Credit: Chicago History Museum

While many Chicagoans are familiar with the notorious Cabrini-Green public housing complex, now mostly demolished, fewer are aware of the rough-and-tumble neighborhood it originally replaced.

In the early 1900s, a group of immigrants, many of them Italian, but also Irish and Swedish, settled in the area around Goose Island. They came to work in dirty, difficult, and often low-paying jobs in the steel mills and gas works on Goose Island, where tall stacks belched flames and smoke that could be seen miles away.

While some called the area Little Sicily for its large numbers of Italians, it was also called “Little Hell” – both for those belching smokestacks and for the crime that plagued its residents. In fact, a Chicago Tribune article once called the area around Little Hell “the most dangerous neighborhood in the city.”

That name arose after a series of murders related to a Mafia blackmail scheme called the “Black Hand.” Victims would receive a letter imprinted with a drawing of the deadly hand. It was their signal to pay – or die. A stern warning not to go to the police was typically part of the message. The isolated Italian victims, who often did not speak English, complied. So many murders took place in one small area that it was named “Death Corner.” 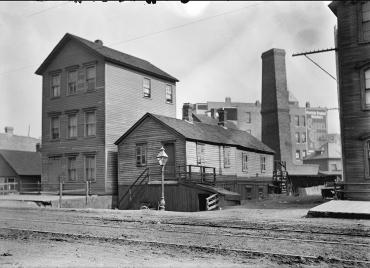 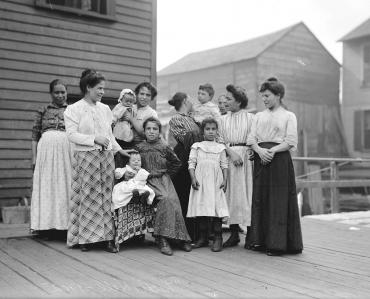 The area was also known as “Little Sicily” due to the large number of Sicilian immigrants. Photo Credit: Chicago History Museum 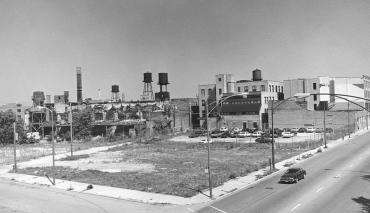 After World War II, jobs and industry on Goose Island declined, complicating any efforts to redevelop the area to the east. Photo Credit: Chicago History Museum

But in the end, urban redevelopment was not the answer. New housing did not compensate for the loss of jobs as Goose Island’s factories closed after the war, and the early success of Cabrini-Green in cleaning up Little Hell’s problems gave way to a whole new wave of intractable crime and poverty that gained nationwide attention through the 1980s.

By 1990, the City of Chicago was ready to clear the slate again. Today, all of the Cabrini-Green high-rises have been demolished and redeveloped, and only a few row houses remain. 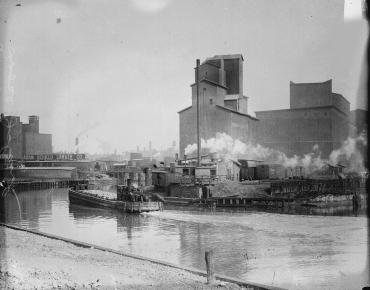 The belching flames and smoke of the steel mills and gas works on nearby Goose Island gave Little Hell its name. Photo Credit: Chicago History Museum 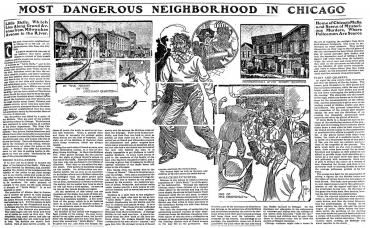 Crime in Little Hell peaked with the murder wave connected to the Black Hand blackmail scheme, which terrorized people in the area, especially small business owners. 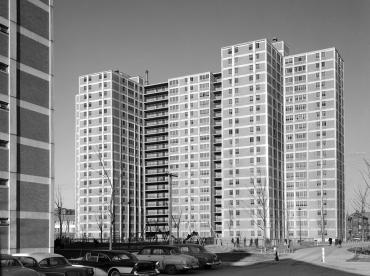 The Cabrini-Green public housing complex succeeded for a short while, but soon became plagued with crime issues of its own. All of the Cabrini-Green high-rises have been demolished; only a few row houses remain. Photo Credit: Chicago History Museum