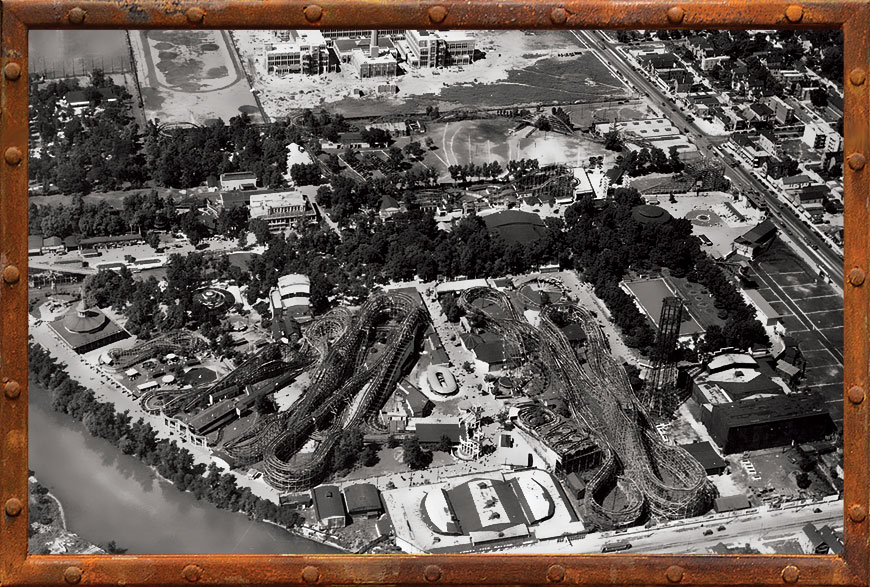 Riverview Park, which once sat at the intersection of Belmont and Western Avenues, holds a special place in the hearts of Chicagoans over a certain age. In this aerial view, note the carousel at left; it was the first amusement ride constructed on the park grounds. Photo Credit: Chicago History Museum 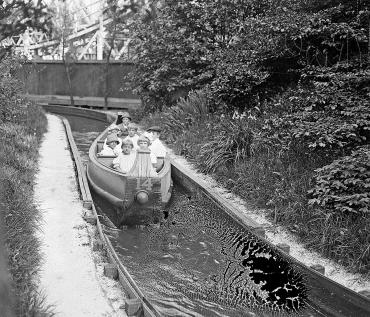 The Mill on the Floss was one of the earlier rides installed at Riverview. Photo Credit: Chicago History Museum 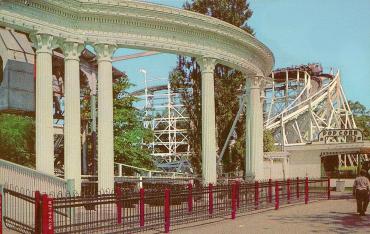 Read about amusement parks in Chicago.

View photos of the carousel at Six Flags Over Georgia.

It opened on July 2, 1904 as the German Sharpshooter Park, at the intersection of Belmont and Western Avenues. Targets were set up on an island in the North Branch of the Chicago River, and deer roamed its woods.

But wives and children complained they had nothing to do while the men hunted; so two years later, the owners commissioned a carousel – a spectacular, five-row wooden carousel with 70 horses handcrafted by Swiss and Italian woodcarvers from the Philadelphia Toboggan Coaster Company.

That was the genesis of Riverview Park, which once claimed to be “the world’s largest amusement park” and is now merely one of Chicago’s most cherished memories.

That carousel paved the way for a legendary roster of rides whose names alone can evoke waves of nostalgia. Among them: a free-fall parachute ride called Pair-o-Chutes; Aladdin’s Castle funhouse; The Bobs roller coaster; and Shoot the Chutes.

It’s poetic that the only Riverview Park ride that survives to this day is its very first one: that carousel. It was restored by Six Flags over Georgia, just west of Atlanta, and was listed on the National Register of Historic Places in 1995. 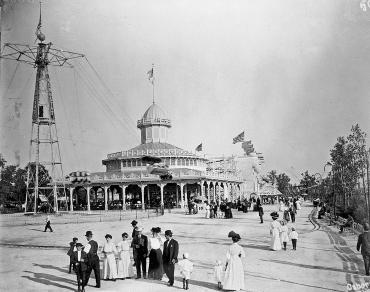 The very first amusement ride commissioned by the park was a carousel constructed by the Philadelphia Toboggan Coaster Company, which continues in operation today. Photo Credit: Chicago History Museum 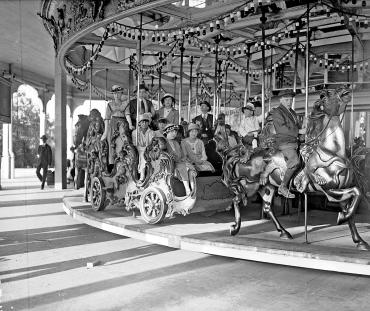 The popularity of that ride and others soon changed the direction of the early park from a hunting theme to an amusement park. Photo Credit: Chicago History Museum 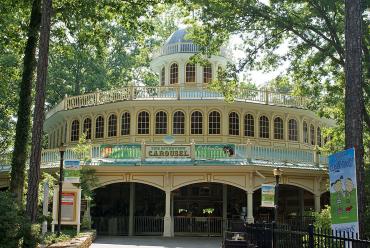 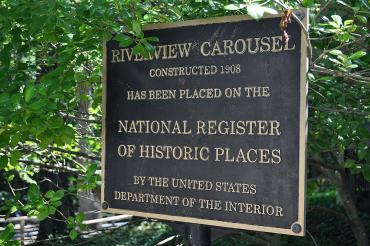 Due to its historic significance, the carousel was placed on the National Register of Historic Places in 1995. Photo Credit: Six Flags Over Georgia