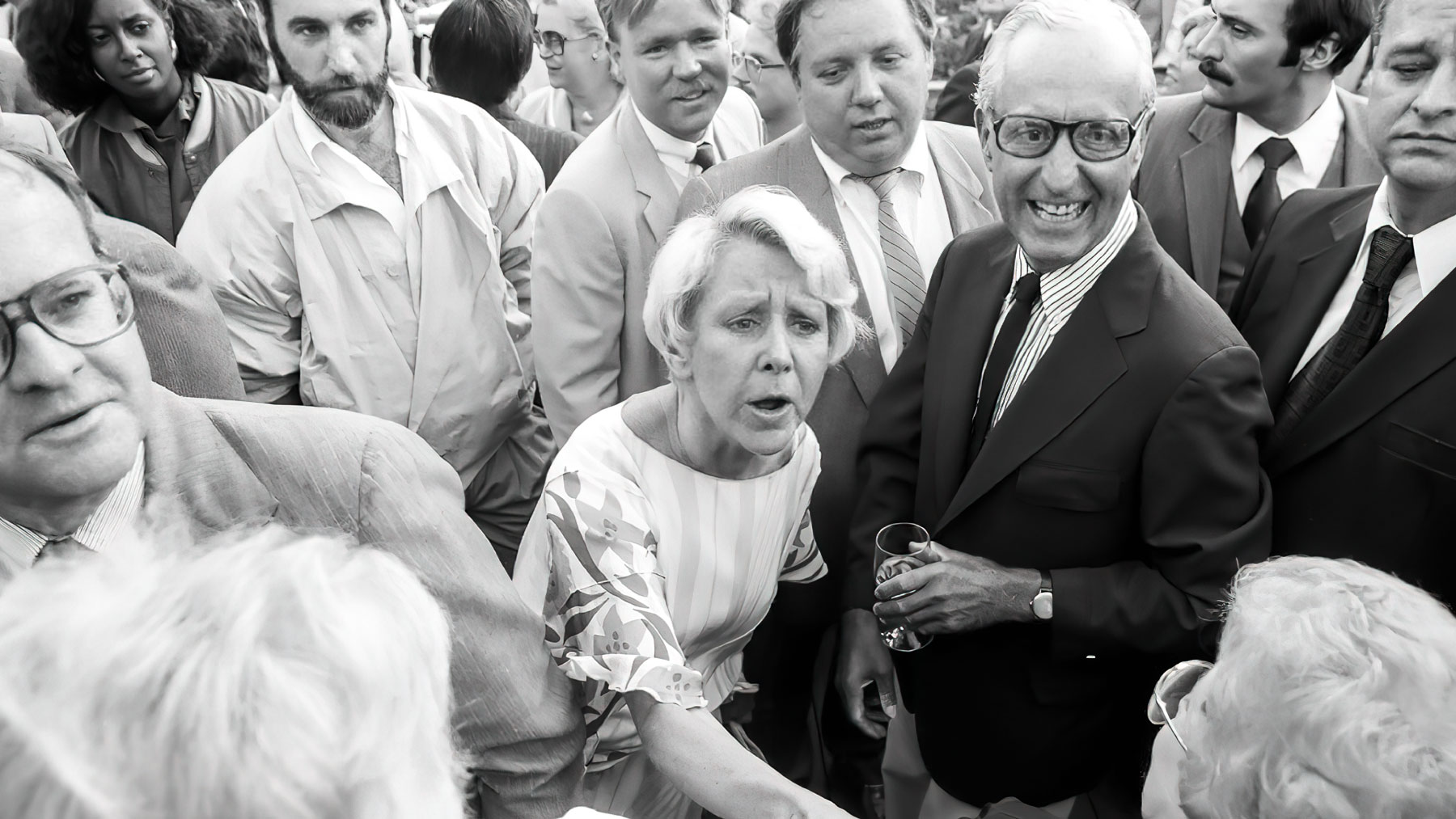 Born Jane Burke in 1933, Jane Byrne grew up in the Sauganash neighborhood on the city’s North Side. In 1956, she married William Byrne, and the couple had a daughter named Katherine a year later. In 1959, William, a Marine pilot, died while trying to land his plane in fog in Glenview.

At the encouragement of her family, Byrne got involved in politics after the death of her husband and took her sister Carol’s place as secretary-treasurer of the Chicago office for John F. Kennedy’s presidential campaign. Through her work with the campaign, Byrne met Mayor Richard J. Daley, a powerful boss who also encouraged her to get involved in local Democratic politics. After volunteering with the Democratic organization, Byrne was appointed to work for the city’s Head Start program, and in 1965, she was promoted to the Chicago Committee on Urban Opportunity. She was later appointed the head of the city’s Consumer Affairs Department, and in 1975, Daley named her co-chair of the Cook County Democratic Central Committee.

Though she was a protégée of Daley and his machine politics, Byrne turned against the machine after Daley’s death in 1976. She publicly accused Daley’s successor, Mayor Michael Bilandic, and other city officials of approving an illegal taxi-fare increase, which got her fired from City Hall. She was also removed from the Cook County Democratic Central Committee. In 1977, she launched her mayoral campaign, challenging Bilandic in the primary, though many did not take her challenge seriously at first. In 1978, Byrne married Jay McMullen, a former City Hall journalist.

A snowstorm would lift Byrne’s mayoral bid. The massive 1979 January blizzard forced many commuters to turn to the trains instead of traveling by bus or car on the snow-covered roads. But with the trains packed, Bilandic decided to run the trains express instead of making every stop, leaving many commuters in primarily Black neighborhoods stranded in the cold. With many Chicagoans frustrated with Bilandic on primary day, Byrne shocked the machine by winning the Democratic primary. She was elected with 82 percent of the vote in the general election in April 1979, becoming the first woman elected mayor of a major U.S. city.

Byrne served one term in office. In her four years as mayor, she created Chicago’s first city-recognized Gay Pride Parade day, and she supported the arts in Chicago, bringing the film industry to the city and promoting various citywide and neighborhood festivals, including what would become Taste of Chicago.

But Byrne also inherited a city in financial distress, and she did not always keep the progressive promises she made in her 1979 campaign. Though she appointed Ruth Love as the city’s first Black and female school superintendent, Byrne drew criticism for appointing white people to replace board members for the Chicago Housing Authority and the Board of Education. She aligned herself politically with powerful aldermen, including Ed Vrdolyak and Ed Burke, to whom she had referred as an “evil cabal” when running for mayor. Byrne also dealt with a teachers’ strike, a CTA strike, and a strike by city firefighters.

In 1981, Byrne decided to move into the Cabrini-Green public housing complex to bring attention to the violence there. It was a controversial move, with some praising it and others calling it a publicity stunt.

In the 1983 election, the former mayor’s son, Richard M. Daley, and Harold Washington challenged Byrne. Washington defeated Byrne in the primary and went on to win the general election, becoming the city’s first Black mayor. Byrne ran against Washington again in 1987, but was once again defeated; she also unsuccessfully ran for Cook County circuit court clerk the next year. In 1991, she once again ran for mayor against Richard M. Daley, but lost. She largely retreated from politics after that. Byrne died on November 14, 2014 and is buried in Calvary Catholic Cemetery in Evanston.