Where Dino Devotees Go to Dig, Jig, and Deep-Fry

For some dinosaur devotees, the Dino Shindig at the Carter County Museum in Ekalaka, Montana is a chance to put on their fossil-hunting hats, lace up their dancing shoes, and fry up some steak on a pitchfork. 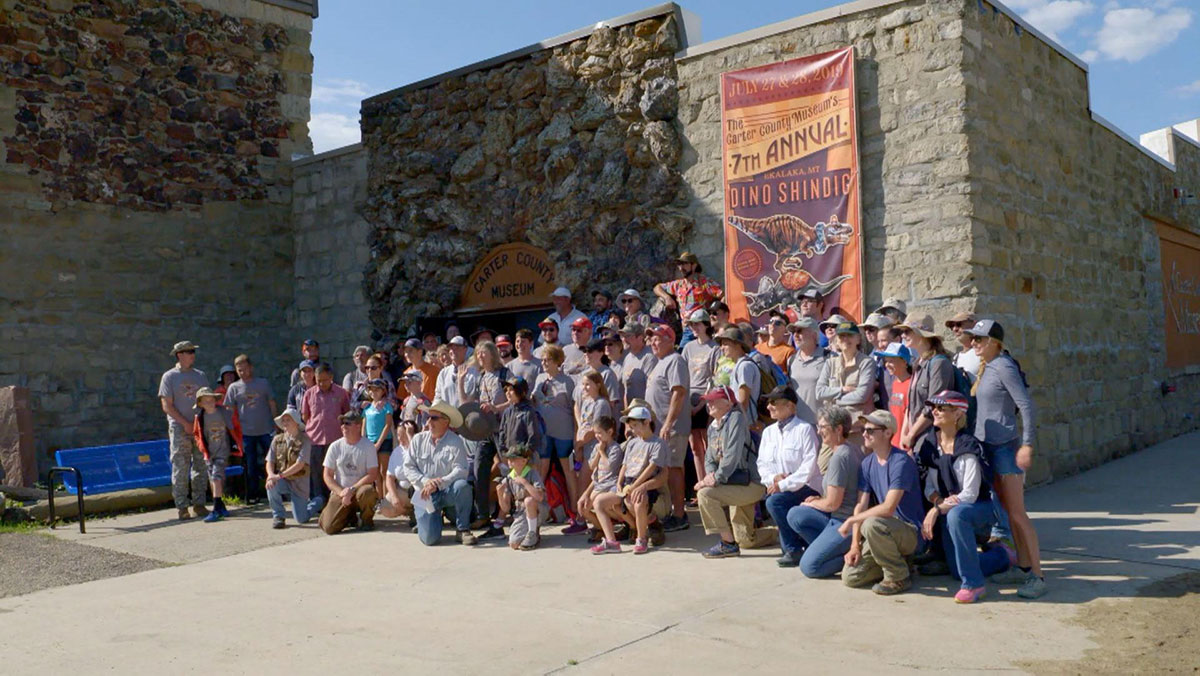 Emily Graslie stops by the Dino Shindig in Ekalaka, Montana for a little bit of dinosaur-themed fun and face paint.

It’s not just another paleontology conference, museum director Sabre Moore told Emily Graslie. The Shindig features all kinds of activities – everything from special lectures by paleontologists about their research and dancing to face painting and, yes, deep-frying steaks on pitchforks. Oh yeah, and a massive T. rex jaw simulator that crushes watermelons to the delight of kids and adults alike. The annual summer event celebrated its seventh year in 2019.

Because fossils are so important to the locals, the Shindig gives them a chance to see the fossils that paleontologists uncover and often remove from the nearby land.

“The big thing with the Shindig was to make sure that all these discoveries that are happening in Ekalaka actually come back and people hear about them, learn where their dinosaurs went, [and] learn what they’ve been hearing about,” Moore said.

In addition to the deep-fried steaks and watermelon smashing, the museum offers a field expedition, allowing dozens of community members to do their own digging on nearby land. 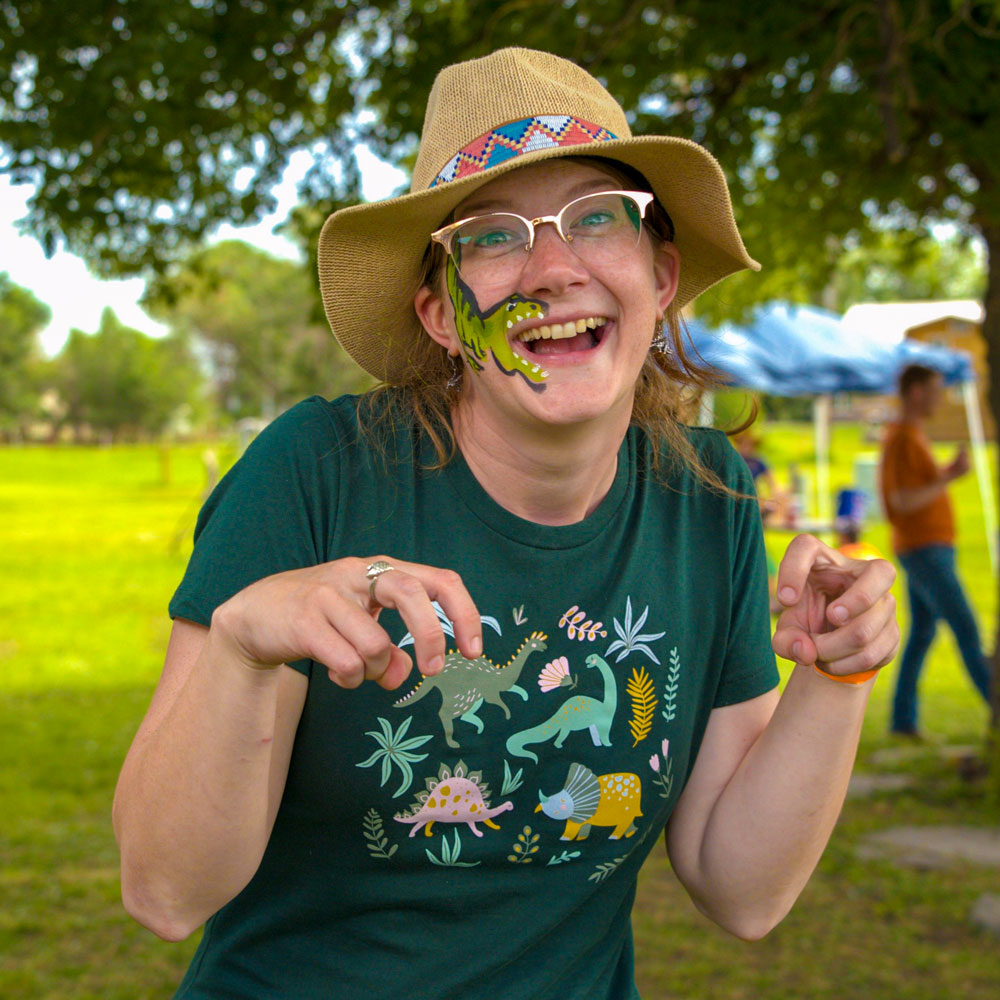 One of Emily Graslie’s favorite parts of the Dino Shindig? The face paint. Photo: Julie Florio

Nate Carroll, the museum’s curator, told Emily Graslie that many of the Dino Shindig’s field expedition participants are kids, some of whom keep coming back.

“We’ve got several seven-timers,” Carroll said. “Some actually started off at 7, and now they’re 14, and they have their 7-year-old brother coming in with them now, too. So it’s super fun to watch all these kids come out here year after year.”

Watch more of the clip from Prehistoric Road Trip above to see more Dino Shindig fun.