Previous Story: UNIVERSITY OF ILLINOIS AT CHICAGO
Next Story: WEST SIDE GROUNDS 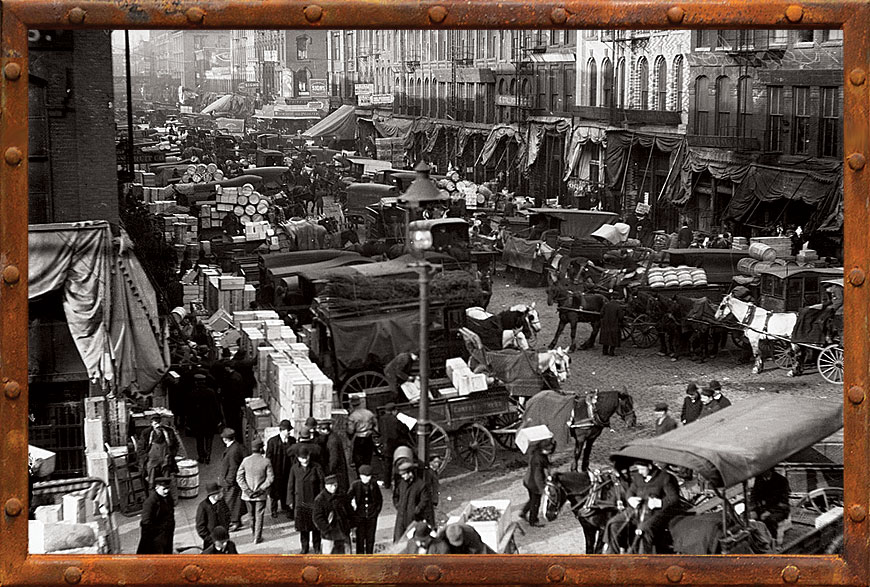 Water Street Market was a lively wholesale produce row along the Chicago River’s south waterfront. It grew up with the city and thrived – until city planners decided that its congestion and odors no longer belonged in the central business district. Photo Credit: Chicago History Museum 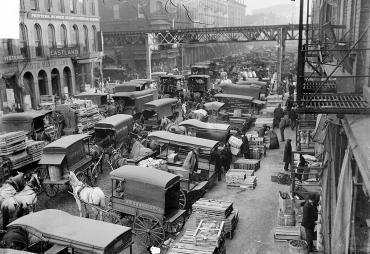 Water Street Market ran parallel to the river, with buildings that backed up onto the water. Notice the booking office for the South Haven Line – the company that owned the ill-fated steamship Eastland. Photo Credit: Chicago History Museum 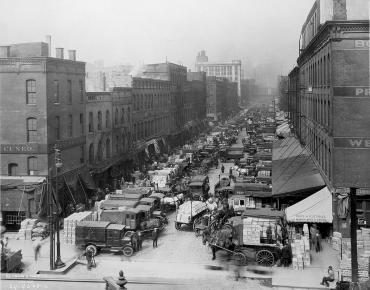 View images of the Burnham Plan proposing improvement of the appearance and the functionality of the riverfront in the heart of the city by building multi-level roads along its banks.

View an image of the Burnham Plan looking north on the south branch of the Chicago River, showing the suggested arrangement of streets and ways for teaming and reception of freight by boat at different levels.

Read the Address by Charles H. Wacker at a Meeting of the Chicago Plan Commission Held at the Hotel Sherman on November 4, 1926.

Along the south side of the Chicago River’s Main Branch, buildings once backed right up to the edge of the water where Wacker Drive now runs.

Those buildings sat on South Water Street, which hosted a bustling wholesale produce market. The buildings – many of them grocery distribution warehouses – took in freight from riverboats on one side; on the other, a colorful and crowded scene of horses and wagons, barrels and carts (and later, trucks) picked up loads of fruits and vegetables.

As the Loop began to modernize, city planners prioritized removal of the market to a less central area – someplace where the odors of horses and rotting produce mingled with the noise and congestion of a busy produce market, wouldn’t conflict with the more “civilized” activities of the financial and retail districts just steps away.

As part of his Plan of Chicago, Daniel Burnham designed an ambitious, multi-level roadway and freight management system that would relieve congestion on the riverfront by dividing traffic and functions into different levels: commercial traffic below, passengers above. His design was inspired by similar infrastructure in Paris.

To realize Burnham’s design, the city’s first Plan Commission, led by Charles H. Wacker, set about clearing all of the buildings from the area and drastically reshaping the landscape.

It was a multi-year effort, but construction was fully underway by 1925. When it was complete, the grand, new waterfront boulevard was named for Wacker. 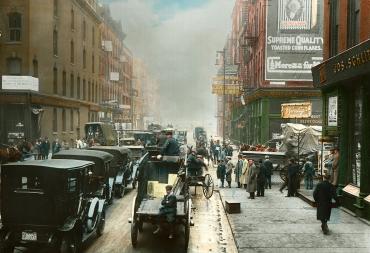 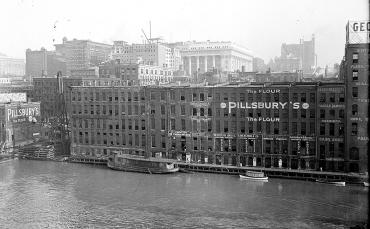 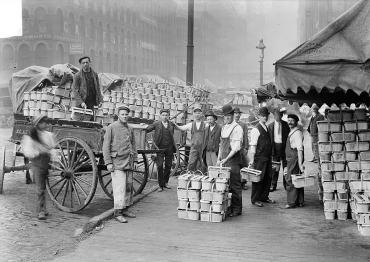 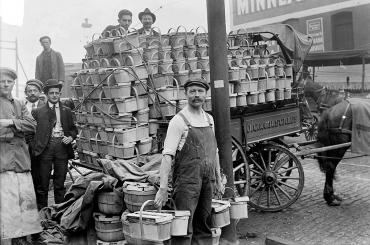 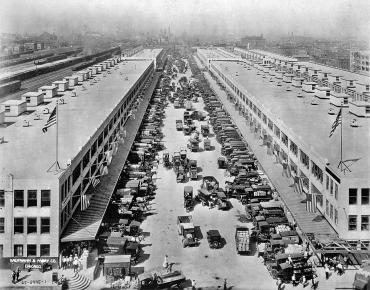 To make way for a complete transformation of the waterfront, the Water Street Market was relocated to a spot south of 12th Street (now Roosevelt Road) between Morgan Street and Racine Avenue. It continued to operate there as the South Water Market through 2001, when it moved on again, even further from the city center. Photo Credit: Chicago History Museum 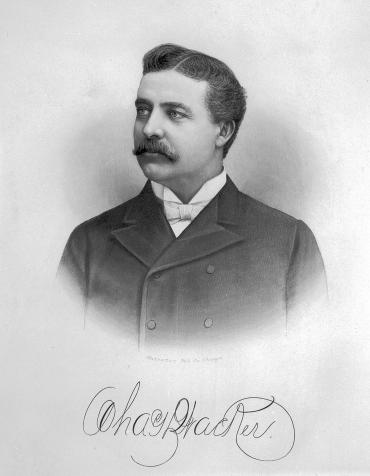 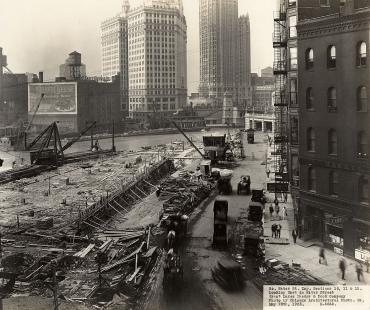 By 1925, the project was in full swing. The Wrigley Building and newly constructed Tribune Tower can be seen to the northeast. Photo Credit: Chicago History Museum 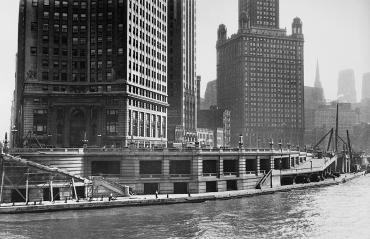 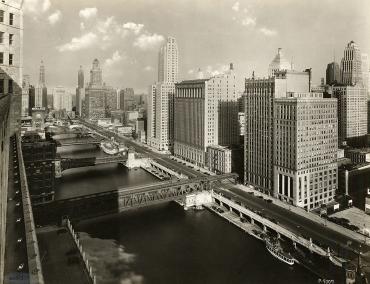 The completed Wacker Drive, viewed from the northwest. The hustle and bustle, mess and energy of the Water Street Market are hard to imagine against this sleek, concrete landscape. Photo Credit: Chicago History Museum