How Chicago Reversed Its River: An Animated History | The Chicago Tour with Geoffrey Baer 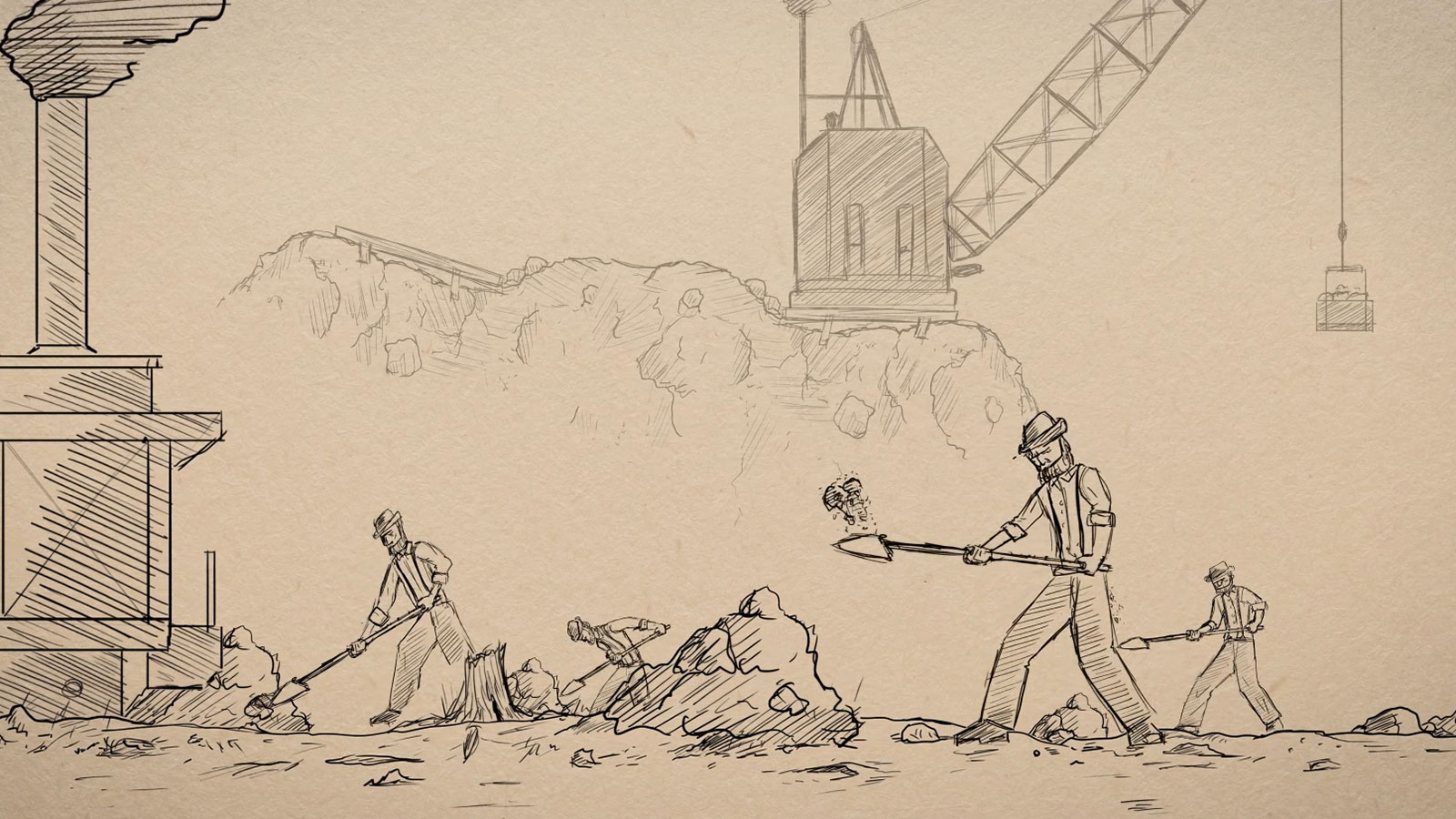 How Chicago Reversed Its River: An Animated History 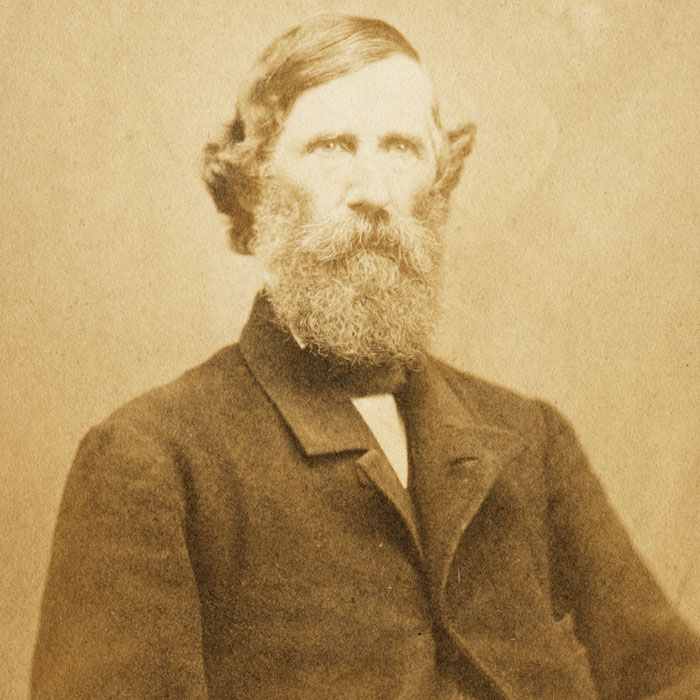 In the mid- to late-nineteenth century, Chicago was the fastest growing city in the world, according to historian Donald Miller. Yet its future was jeopardized by its own waste, which flowed – untreated – from the Chicago River into Lake Michigan, the city’s source of clean drinking water.

In a herculean effort to save the city from the ravages of typhoid, cholera, and other waterborne illnesses, engineer Sylvester Chesbrough suggested Chicago reverse the direction of its river away from the lake and toward the Mississippi River. It would cost millions of dollars and take years of hard work. To some, the proposal was seen as wildly impractical, a fool’s errand. To others, it was a looming environmental disaster that would doom communities downstream throughout the Illinois River Valley.

But to many, although the plan was ambitious and bold, it was the only hope for Chicago’s future.

Below is the story of how Chicago defied the odds and pulled off one of the greatest engineering feats in U.S. history.

When Sanitary District trustees and laborers broke open the last dam holding back the Chicago River, Sanitary District President William Boldenweck, who lost both of his parents to a cholera epidemic decades before, cried “Let ‘er go,” according to the Chicago Daily News, calling his remark “the nearest approach to formality of the entire occasion.” 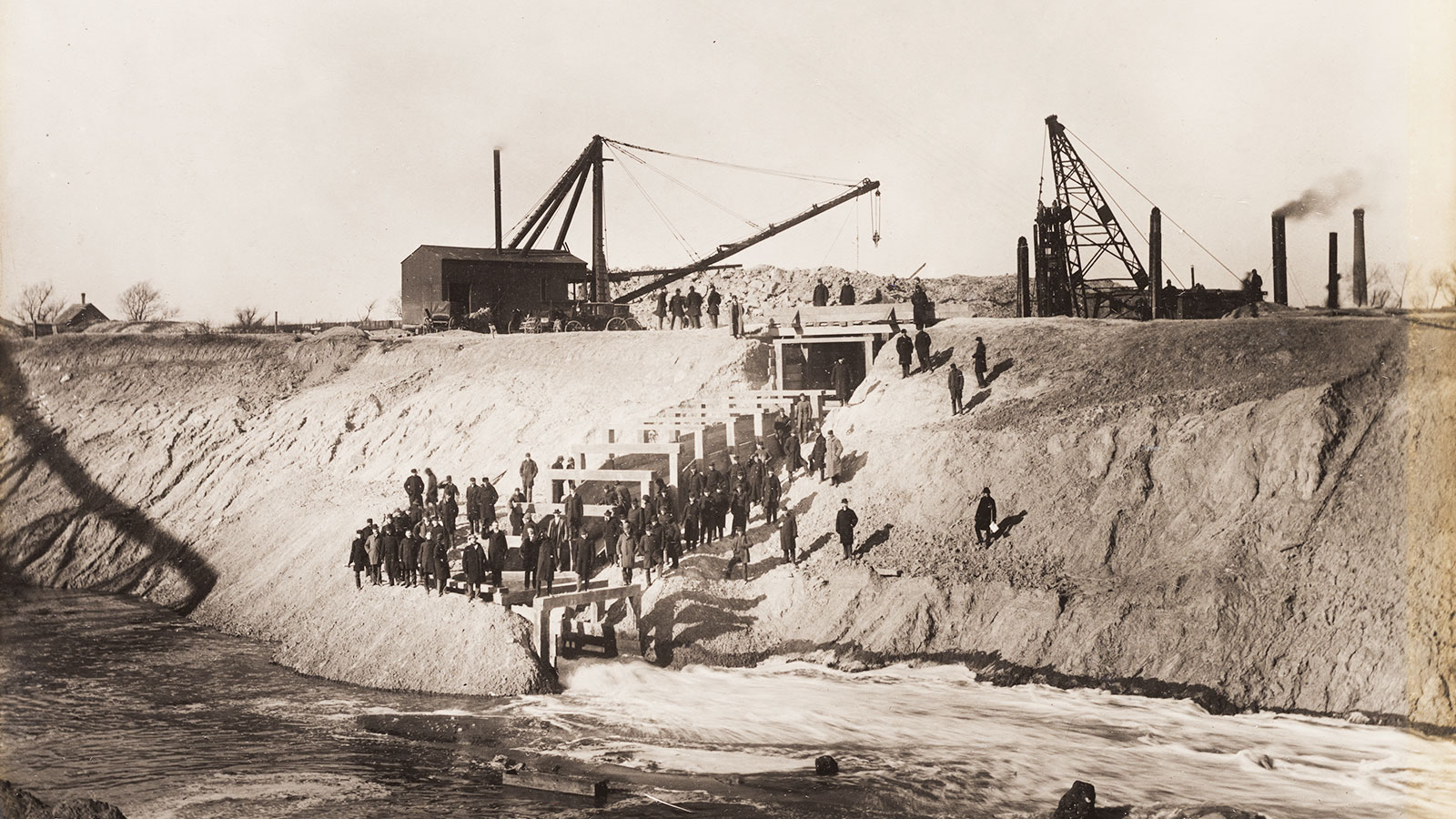 Sanitary District trustees and others pose for a photo after breaking the last dam holding the Chicago River back from the Sanitary and Ship Canal on the morning of January 2, 1900. Courtesy of Metropolitan Water Reclamation District

A few days later, according to the Chicago Record, “Water that was actually blue in color and had blocks of ice of a transparent green hue floating in it…caused people who crossed bridges over the Chicago River…to stop and stare in amazement.”

St. Louis filed an injunction against the reversal on January 17. Their case eventually went to the Supreme Court, which decided in Chicago’s favor. Justice Oliver Wendell Holmes wrote that the Mississippi was, indeed, foul – but the putrid waters couldn’t be blamed entirely on Chicago, since several other cities much closer to St. Louis were also discharging their waste into the river. Meanwhile, wrote Holmes, municipalities closer to Chicago were actually benefiting from the infusion of the fresh lake water into their rivers.

Holmes might have been a great jurist, but he was apparently not much of a scientist.  As Libby Hill wrote in her book, The Chicago River: A Natural and Unnatural History, two biologists from the Illinois Natural History Survey documented conditions in the summer of 1911 along the Illinois River in Morris, Illinois, approximately 60 miles southwest of Chicago. There, they found, “The water…was grayish and sloppy, with foul, privy odors distinguishable in hot weather…Putrescent masses of soft, graying, or blackish, slimy matter, loosely held together by threads of fungi… were floating down the stream.”

As reported by Michael Williams and Richard Cahan in The Lost Panoramas, the bill that created the Sanitary District included a provision to compensate downstate landowners for any damages caused by the additional water that the new canal would direct towards the Illinois Valley. But as those claims mounted, Sanitary District attorneys fought them vigorously. Most were resolved only decades later and for meager sums. As of 1919, the Sanitary District had settled merely 123 of the 272 claims filed, for a total of just $370,000 out of the $2.4 million in claims. 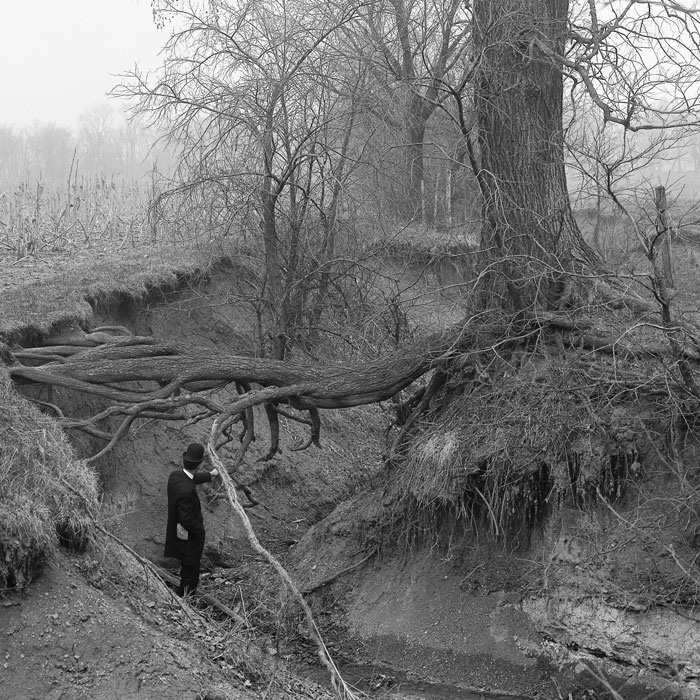 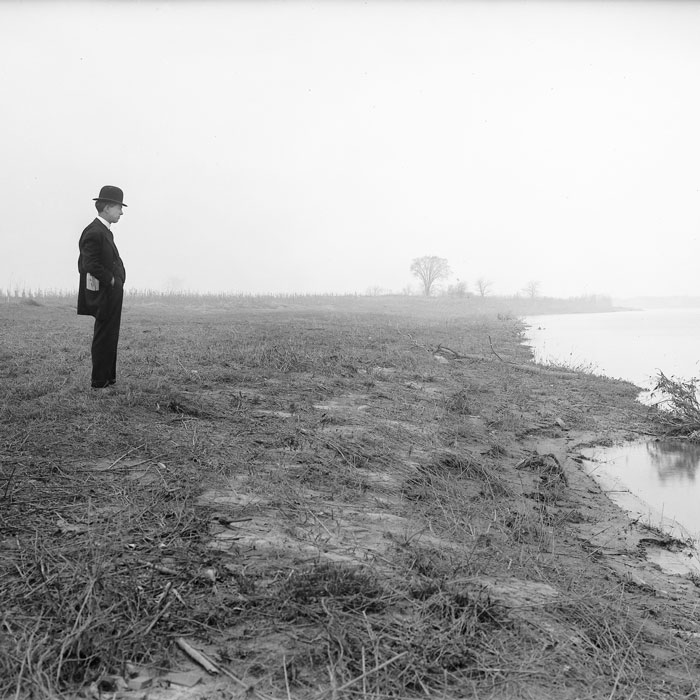 Sanitary District attorney Walter E. Beebe, who worked as a claims agent in the Illinois Valley, inspects erosion and flooding along the Illinois River in 1910 on the property of James Gentleman. Gentleman sued the district for $12,000 in 1905 and won a $5,000 verdict in 1912, according to research published by Richard Cahan and Michael Williams in The Lost Panoramas. Photo credit: CityFiles Press

Meanwhile, there was still work to be done in Chicago. Although the reversal of the Chicago River was hailed as a public health and engineering triumph, the populations of several lakefront suburbs grew and continued dumping their own waste into Lake Michigan. The Sanitary District’s authority and jurisdiction expanded so that it could oversee the construction of the North Shore and Calumet-Saganashkee (or Cal-Sag) Channels.

Neighboring states along the Great Lakes, meanwhile, grew concerned about the diversion of Lake Michigan water to the Chicago River. After the Supreme Court ruled that those concerns were warranted, a series of locks were installed to help control the diversion of the fresh lake water into the river.

Although the death rate decreased in Chicago, the river continued to be an open sewer system, carrying raw human and industrial waste through the city. Since 1929, a series of treatment plants and other infrastructure projects have been constructed in order to treat the region’s wastewater before it’s released into the river system and sent downstream. 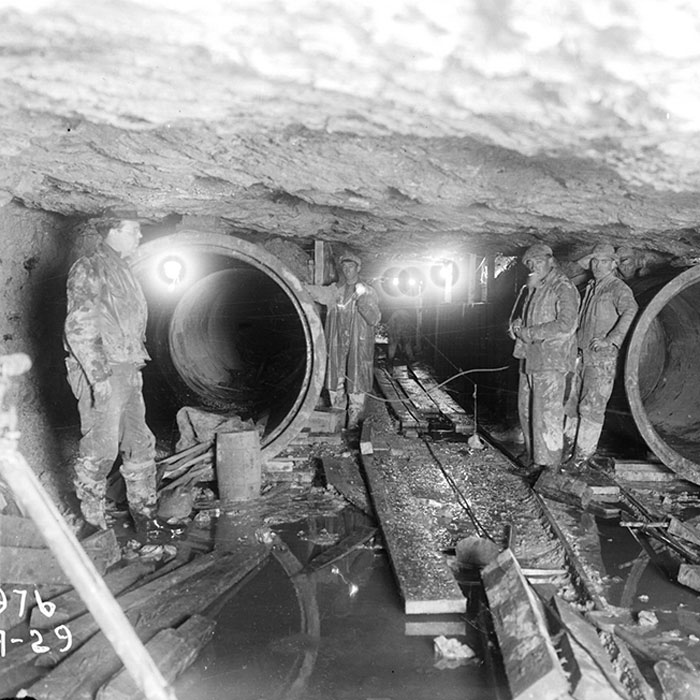 Today, the Sanitary District is known as the Metropolitan Water Reclamation District of Greater Chicago. It serves more than five million people and processes approximately 1.3 billion gallons of sewage every day. In recent years, those treatments have begun to include disinfection, a process that has made the Chicago River cleaner than it has been for more than 150 years.

New, unforeseen challenges – the migration of invasive species such as the Asian Carp into the Chicago River foremost among them – have recently reopened conversations about how the river might continue to be engineered and whether it ought to be restored to its natural course.

Chicagoans continue looking for solutions to seemingly insurmountable threats, pushing the limits of their imagination, and seeking out solutions that will continue to protect the city and its waterways for generations to come.