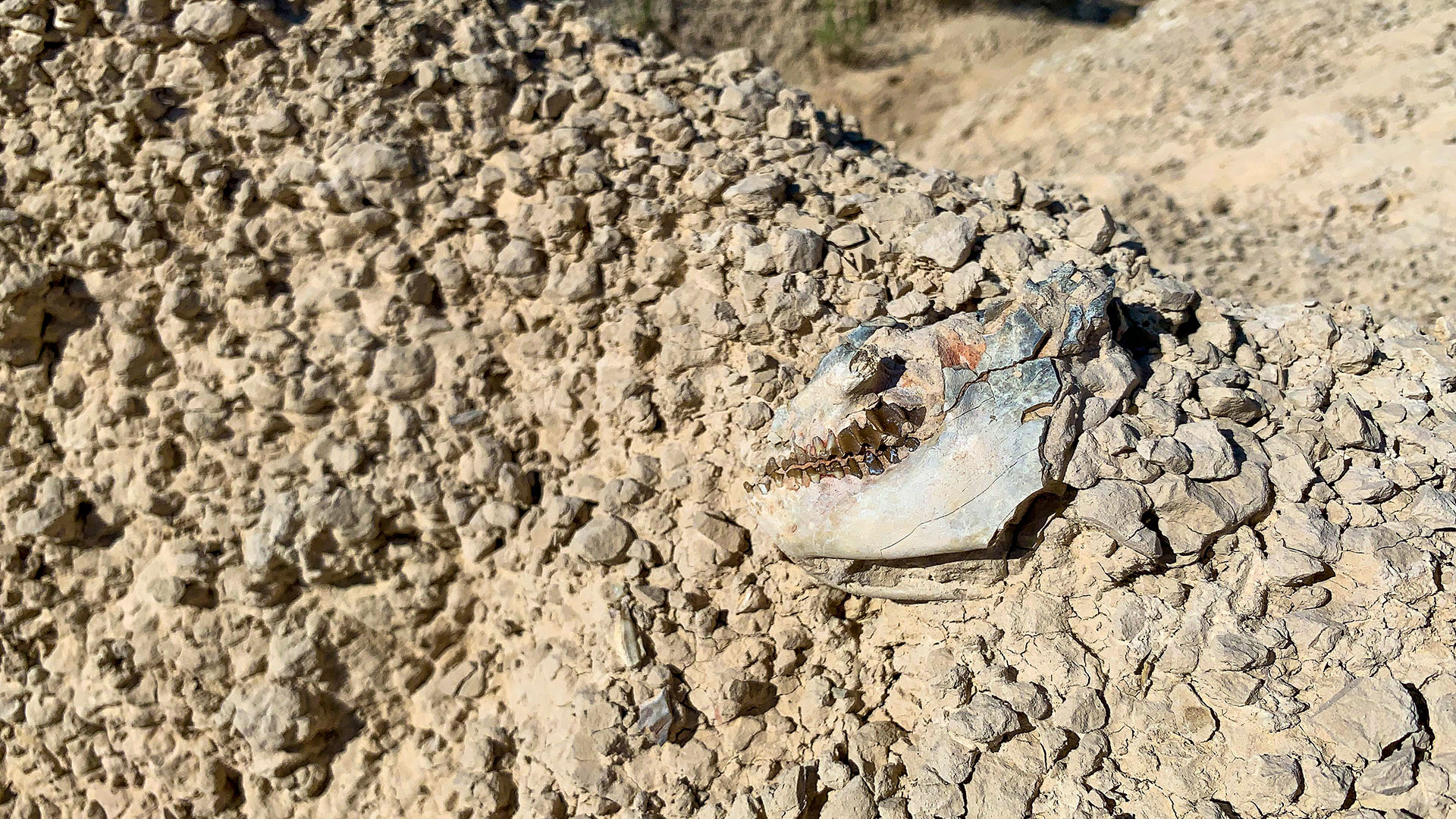 Fossils 101: The Basics of Paleontology

A fossil is the remains or impression of an organism from a previous geological time period that has been preserved in the Earth’s crust. Plants, animals, bugs, wood, and even poop can be fossils, according to the North Dakota Geological Survey. They can take the form of bones, shells, impressions, amber, petrified wood, oil, coal, and more.

Paleontology is the scientific study of this past life, using fossils to understand evolution, the environment, extinctions, and other prehistoric characteristics and events. There are various subsections of paleontology, such as paleobotany (which examines fossil plants) paleoclimatology (which studies the Earth’s ancient climate), or taphonomy (which looks at the processes involved in fossilization).

To be considered a fossil, a specimen must be more than 10,000 years old. The oldest fossils ever found – stromatolites – are between 3.5 and 4 billion years old.

Most fossils are found in sedimentary rock, one of the three main rock groups that form during the accumulation or depositing of sediments and other small particles.

How do fossils form? How Do Fossils Form?

Sarah Keenan takes Emily Graslie to a field site where a team is trying to understand how animals decompose and ultimately become fossils.

A fossil forms when organic, living material is replaced with inorganic materials and minerals. The type of minerals depends on the environment. When organisms die, they usually decay without a trace. It’s rare to find fossilized soft tissue such as organs and muscle, because they more rapidly decay before fossilization has a chance to occur. But if the environmental conditions are right, writes the American Geosciences Institute, a fossil can form.

Let’s say a dinosaur bone is slowly being buried by the mud and water along a riverbed. As sediment builds up over time and the bone sinks deeper into the earth’s surface, the surrounding sediment turns to rock and the water and minerals that get into the spaces of the bone crystallize it. Ta-da! Just like that (after lots and lots of time), you have a fossil.

That’s the most common way fossils form. It’s called permineralization. There are other ways plants and animals are left behind, such as molds, casts, carbonization, amber, and more.

Plants and animals aren’t the only things that can be fossilized – the things they leave behind can be, too. Trace fossils occur when evidence of an animal, such as footprints or burrows, are left behind. Coprolites – fossilized feces – are another kind of trace fossil.

How do scientists determine the age of a fossil?

Scientists use a method called radiometric dating to determine the age of the rocks surrounding the fossil. The technique compares the amount of naturally occurring radioactive isotopes in a rock to the amount of its decay products.

That’s a fancy way of saying they see how much of an element has decayed over time. Since scientists know the rate at which isotopes decay, they can figure out how old the surrounding rock is, and therefore how old the fossil is.

Why are there so many fossils in the United States?

Parts of the Upper Midwest and western states had all the right ingredients for fossil formation, particularly in the Cretaceous period, between 67 and 145 million years ago. During that time, parts of modern-day Kansas, Nebraska, and other plains states were covered by an inland sea. Moving water is a key ingredient for fossil formation, so all those rivers and seas helped to deposit silt and mud over bones.

So if the bones were buried, why do we find them so frequently? Mountains are the answer. In the same region that was covered with water, the Rocky Mountains and other mountain ranges began to form millions of years later, bringing those buried bones closer to the earth’s surface. China is a great place to look for fossils, too, since its mountain formation history is similar to that of the United States.

The best places to find fossils are in Montana, Wyoming, the Dakotas, California, and Colorado.

What should I do if I find a fossil?

If you think “finders keepers” applies to fossil hunting, think again, especially when it comes to vertebrate fossils (think skulls, leg bones, and spines). Ownership of a fossil is partly dependent on who owns the land on which it was found. There is no standardized system for fossil ownership in the United States. Different states and Native American reservations have different laws and regulations on fossil collection.

Your best bet is to figure out who manages the land you found the fossil on and figure out what the regulations are before you even start digging. In general, it’s a bad idea to go onto land you know nothing about and take a fossil from it, especially because fossils are so important to many communities’ identities.

Some government-owned lands, such as those run by the United States Forest Service, will provide fossil-collecting permits. Others, such as National Parks, completely prohibit fossil collecting without a permit. Some groups or landowners offer paid digs, where you can pay money to dig for fossils on a certain piece of land. If you own the land you found the fossil on, you can probably keep it. But it might be a good idea to share your discovery with your local museum, paleontology group, or state’s geological survey, if nothing else, to celebrate your find.