Main | Music | The Association for the Advancement of Creative Musicians

The Association for the Advancement of Creative Musicians 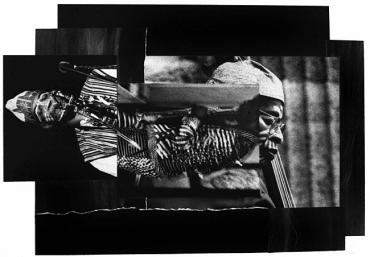 Ancient to the Future by Lauren Deutsch

If you were sitting on folding chairs in a small living room on the South Side with 20 people and opposite you were a little more than 20 other people playing avant-garde jazz wildly and stunningly and with a sense of fun and purpose and energy and rage and joy, then you were there. The Association for the Advancement of Creative Musicians (AACM) was alive and well in Chicago in the 1970s and early 80s, despite the exodus of its founders to New York and Europe by the decade’s dawn.

A new group of younger musicians had joined the AACM and continued to make thrilling, challenging, humorous, complex, and intense manifestations of what The Art Ensemble of Chicago was now calling Great Black Music: Ancient to the Future. Henry Threadgill formed the trio AIR which had international success. Ernest Dawkins and Kahil El’Zabar formed the Ethnic Heritage Ensemble. Ed Wilkerson put together the Shadow Vignettes, a 25-member ensemble that could howl like the wind or open up and create vistas of sonic space. Iqua and Adegoke Steve Colson performed in the Colson Unity Troupe. Drummer/pianist/composer Jack DeJohnette and saxophonist Chico Freeman were putting out albums and touring.

The groups could be seen on university stages, from Governors State to the University of Chicago to Northwestern. They performed at the Abraham Lincoln Center and at the South Side Cultural Center, which occupied a brownstone on South Michigan Avenue. The Jazz Showcase, Joe Segal’s ever-changing roaming house of great music, hosted the Art Ensemble of Chicago in a series of shows that were videotaped in the Blackstone Hotel Ballroom. They show Lester Bowie, Joseph Jarman, Roscoe Mitchell, and Famoudou Don Moye in full theatrical form, each wearing a costume of sorts, a mixture of styles and personas that came together in music that was at once celebratory, threatening, urban, African, communal, and contentious. Thrilling.

When the Chicago Jazz Festival started in the late ’70s, such AACM musicians as Fred Anderson, Ari Brown, the Ethnic Heritage Ensemble, Anthony Braxton, Douglas Ewart, the Colson Unity Troupe, and the Art Ensemble of Chicago were all featured.

The AACM was born on the South Side of Chicago by African-American musicians wanting control over the direction of their music, where it was performed, and who received profits from it. They were hoping to build an audience interested in jazz that pushed the boundaries of imagination and pride in black history and identity. The AACM continues to thrive in Chicago.