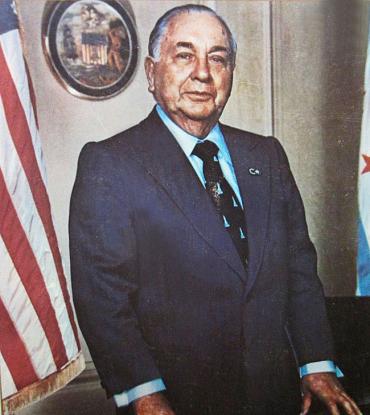 In the 1970s, Chicago had a mayor. He had been mayor since the ’50s and he wasn’t going anywhere anytime soon. Richard J. Daley brought a stunning endurance to a political office that had seen 47 mayors in the 118 years before him. That’s an average of 2.5 years per mayor. Daley would remain mayor until his death in 1976, a record of 21 years that stood until his son, Richard M. Daley, became mayor, besting his father by one year.

Daley wasn’t just the mayor, he was also the chairman of the Cook County Democratic Central Committee, giving him enormous authority over city coffers and the influence and power of the Democratic Party. Despite consistent stabs at his absolute authority, and a general sense that he oversaw a corrupt machine of patronage, Daley was unbeatable. The city continued to grow into a place of international influence in business, as well as the rock-solid city of neighborhoods that could deliver votes for the Democratic Party like clockwork come election day.