Frank Lloyd Wright's career was fading when he received the Fallingwater commission. While his Prairie School-style homes had brought him fame, changing tastes and personal scandals had dimmed his star. Photo credit: Library of Congress

A large boulder anchoring Fallingwater's hearth was on the site before the home was built. Photo credit: Matt Tolk

The interior as it appeared just after Fallingwater's construction. Photo credit: Library of Congress

A hatch in the living room floor leads to stairs that entice visitors to come closer to the water. Photo credit: Matt Tolk

The stairs integrate the home and its natural environment. Photo credit: Matt Tolk

The cantilevers are embedded in stone on the site. Photo credit: Matt Tolk

Next Home: The Eames House >

Frank Lloyd Wright achieved fame with his Prairie School designs of the late nineteenth century. But by the time he was 67 years old, his career had faded significantly thanks to his own personal scandals - and due to the advent of the Modernists (despite the fact that he had influenced them). 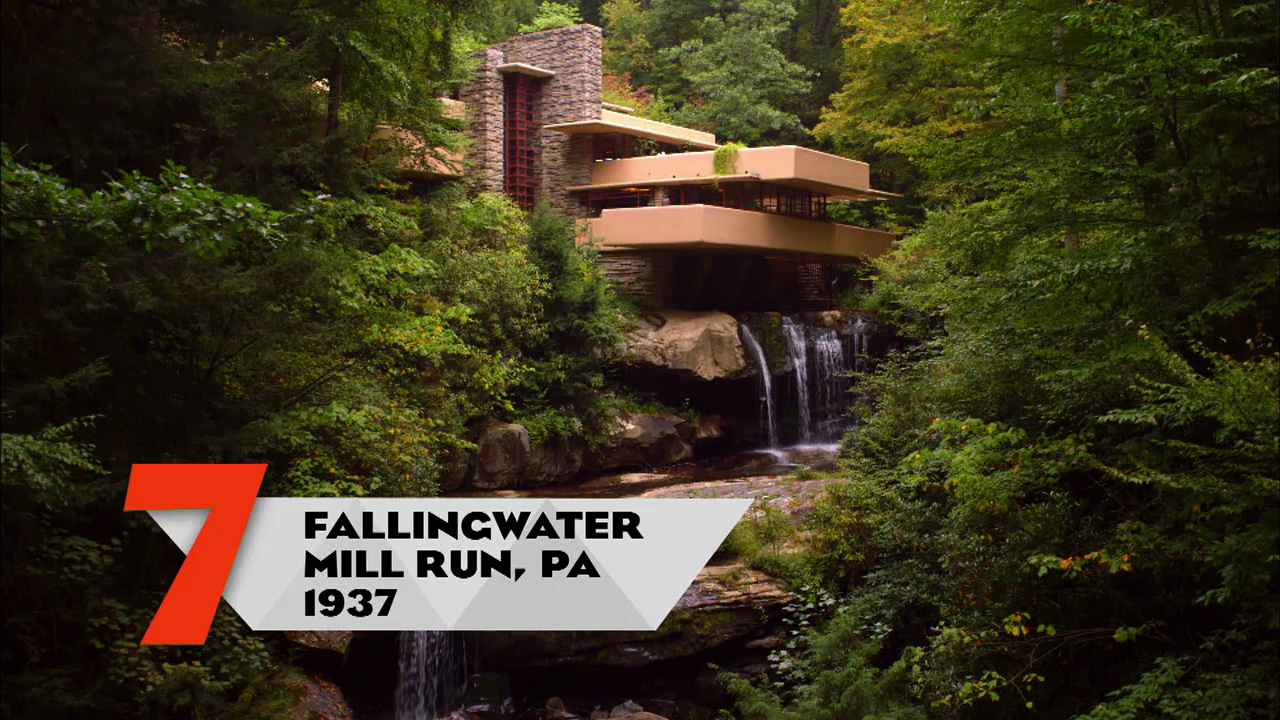 So when Wright received a commission to build a home outside Pittsburgh, Pennsylvania in the mid-1930s, he found an opportunity for his style to evolve and to regain his reputation as an innovator.

His client was Edgar Kaufmann, who owned the largest department store in Pittsburgh. The Kaufmanns had chosen the property for its natural beauty, and especially for a spectacular waterfall on the site. They expected Wright to place the home with a view of the waterfall. But Wright, seeking harmony between man-made structures and the natural environment, chose to site the home directly atop the waterfall. 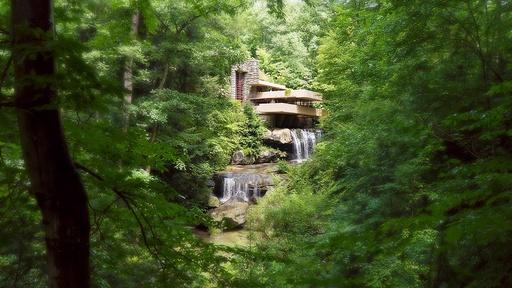 The result is an astounding accomplishment not only of architecture, but of engineering. Fallingwater dramatically hovers over the water flowing beneath the home, and opens up (via a hatch in the living room floor) to allow occupants to descend a short staircase to the water.

Fallingwater not only embraced the outdoors, it invited nature indoors. A natural rock ledge from the site anchors the hearth in the living room. The home and its furnishings-all designed by Wright-incorporate local materials such as stone quarried on the site, flagstone floors, and extensive wood to echo the natural forms and textures of the surrounding environment.

With this unusual design, Wright not only revived his career, he created a masterpiece in organic architecture that changed our perception of how a home could integrate with its environment. 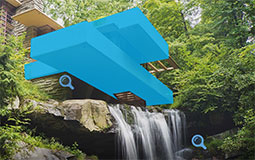 Fallingwater is an astonishing accomplishment of architecture and engineering.