While construction of Gehry’s Guggenheim Museum in Bilbao (shown here) was completed sooner, the design for the Disney Concert Hall was his earliest project incorporating his now-trademark stainless-steel curves.

By Gehry’s own description, the curves of stainless steel envelop a “box” that holds the concert hall. Photo Credit: Steve Smith

Squint your eyes, and Frank Gehry’s Walt Disney Concert Hall in downtown Los Angeles looks like a gleaming clipper ship, its sails filled with wind. The stainless steel exterior forms, which were in fact inspired by Gehry’s love of sailing, have now become iconic. 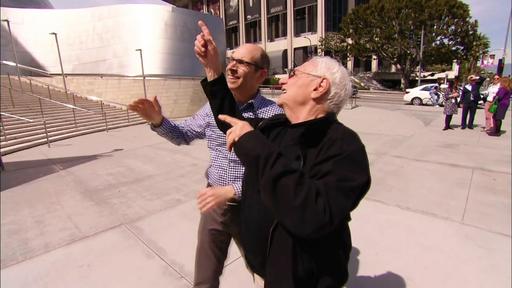 While many people first became familiar with Gehry through his Guggenheim Museum in Bilbao, Spain, his design for the Walt Disney Concert Hall actually predates the Bilbao commission. However, Gehry continued to redesign the Disney Concert Hall for more than a decade, while unexpected delays postponed construction. 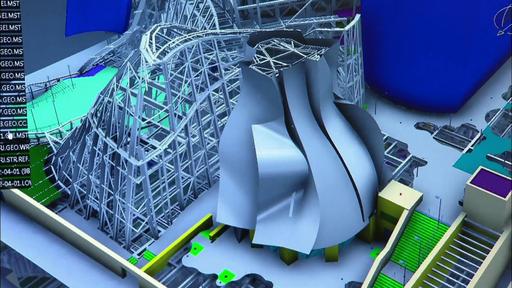 Such a bold exterior could give the impression that what’s inside is equally out of the box. But surprisingly, the concert hall itself, by Gehry’s own description, is just that: a highly functional box, wrapped in his now-trademark sail-like forms.

That’s not to say that the interior is not an accomplishment in its own right. Gehry designed the auditorium to provide both impeccable acoustics and a sense of intimacy, wrapping the audience around the orchestra.

Gehry’s Walt Disney Concert Hall stands out as a truly unique architectural vision, demonstrating that something new and completely different is possible.

Loyola chose Gehry to design its new campus in 1978, before he became the “starchitect” who had designed Disney Concert Hall, Guggenheim Museum Bilbao, and other now-famous structures. 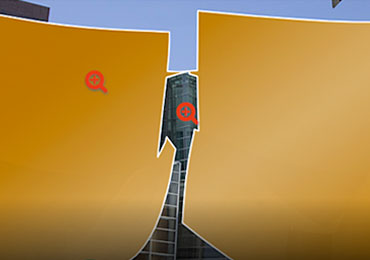 Frank Gehry literally – and radically – reshaped what was possible in architecture with his Walt Disney Concert Hall. Click through to learn more.