The Groundbreaking Women of Hull House 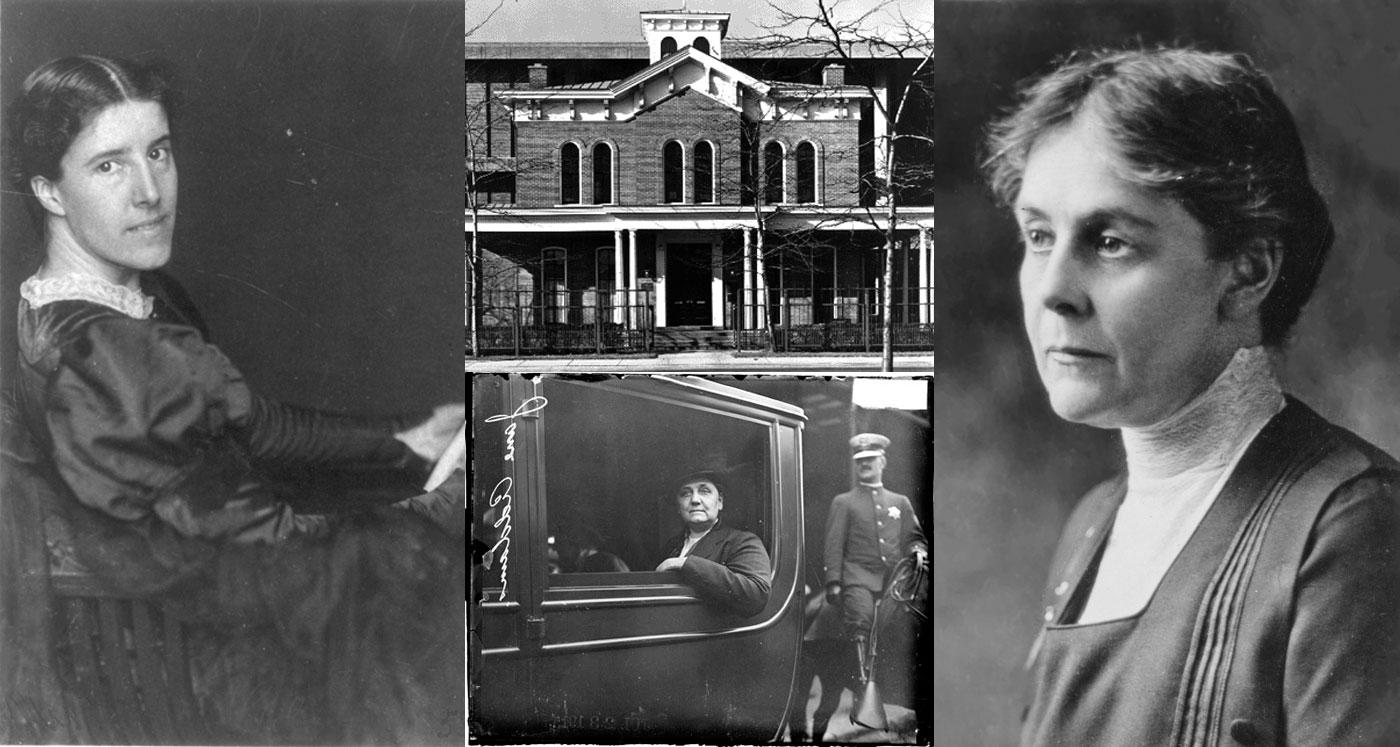 International Women’s Day, which is today, was first organized in the United States to commemorate the first anniversary of a massive 1908 garment workers’ strike in New York during which more than 10,000 women marched to demand improved labor conditions as well as suffrage. In 1910, the same garment workers’ union led another, larger strike eventually mediated by a group of prominent figures that included Jane Addams. 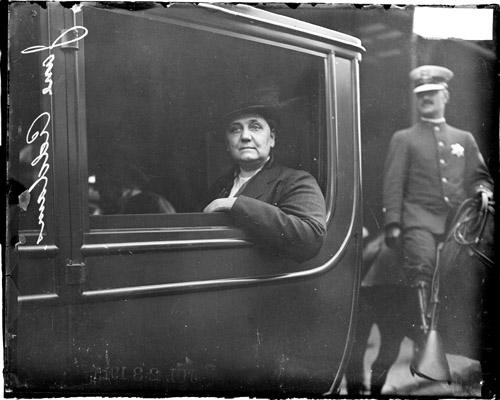 Jane Addams, the founder of Hull House, in 1915. Addams was already one of the most prominent social reformers in the country, having participated in suffragist and pacifist movements, developed sociological and political theories, and co-founded Hull House, the first settlement house in the U.S., in 1889. (She went on to co-found the American Civil Liberties Union and become the first American woman to be awarded the Nobel Peace Prize, in 1931.)

Hull House provided social, educational, and artistic programs and opportunities for the working class people of the surrounding neighborhood. Classes, lectures, clubs, and more were led by a community of female volunteers who lived at the House. Many of these residents eventually went on to become important reformers and activists in their own right. In honor of International Women’s Day, celebrate the achievements of several of them here.

Perkins was the first woman appointed to the U.S. Cabinet, serving as FDR’s Labor Secretary for a record twelve years during the Great Depression. She drafted some of the most important pieces of legislation in American history, including Social Security, minimum wage and overtime laws, and child labor laws. She also helped create and enact such significant programs of the New Deal as the Civilian Conservation Corps, the Public Works Administration, and the Federal Works Agency. And she was integral in formulating much of the government’s labor relation policy at a time of powerful unions. 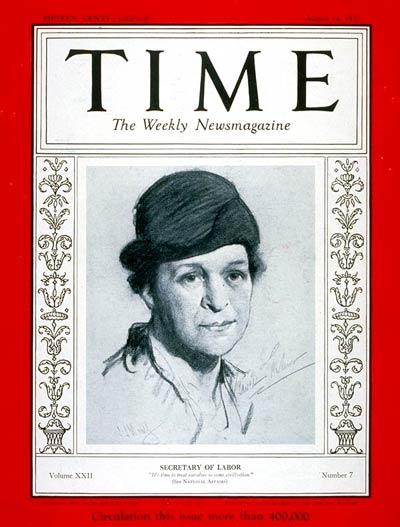 The August 14, 1933 issue of Time Magazine, with Frances Perkins on the cover.

Yarros was a major proponent of birth control and the social hygiene movement, which sought to curtail venereal disease and prostitution as well as promote sex education. An obstetrician/gynecologist, she opened the second birth control clinic in the U.S. while in Chicago and founded the first premarital and marital counseling service in the nation.

In 1912, Lathrop was appointed director of the newly created U.S. Children’s Bureau, an agency she had advocated for in her fight for child labor laws, making her the first woman to head a federal bureau. In that role, she directed research, crafted policy, and implemented legislation on behalf of children and mothers. She was also a suffragist, becoming president of the Illinois League of Women Voters after retiring from the Bureau. 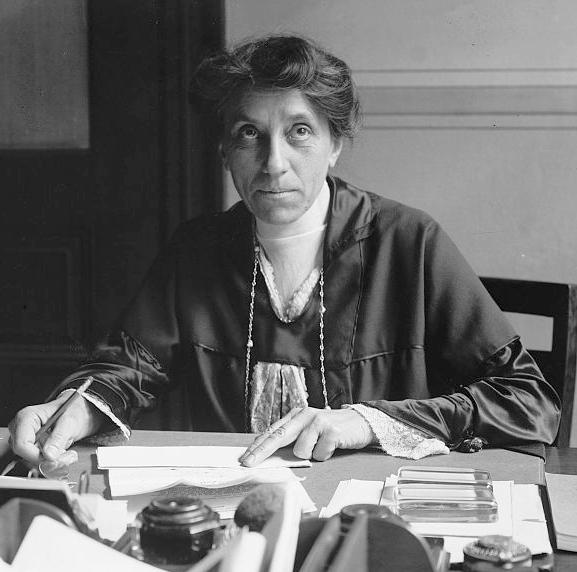 Breckinridge broke many barriers: she was the first woman to earn a Ph.D. in political science and economics, the first woman to pass the Kentucky bar, and the first woman to represent the U.S. government at an international conference. She became a tenured professor at the University of Chicago and helped create the academic discipline of social work.

Hamilton was a leading figure in the recognition and study of occupational hazards, such as the long-term effects of exposure to industrial materials. She was the first woman appointed to the faculty of Harvard, in the Department of Industrial Medicine, in 1919. 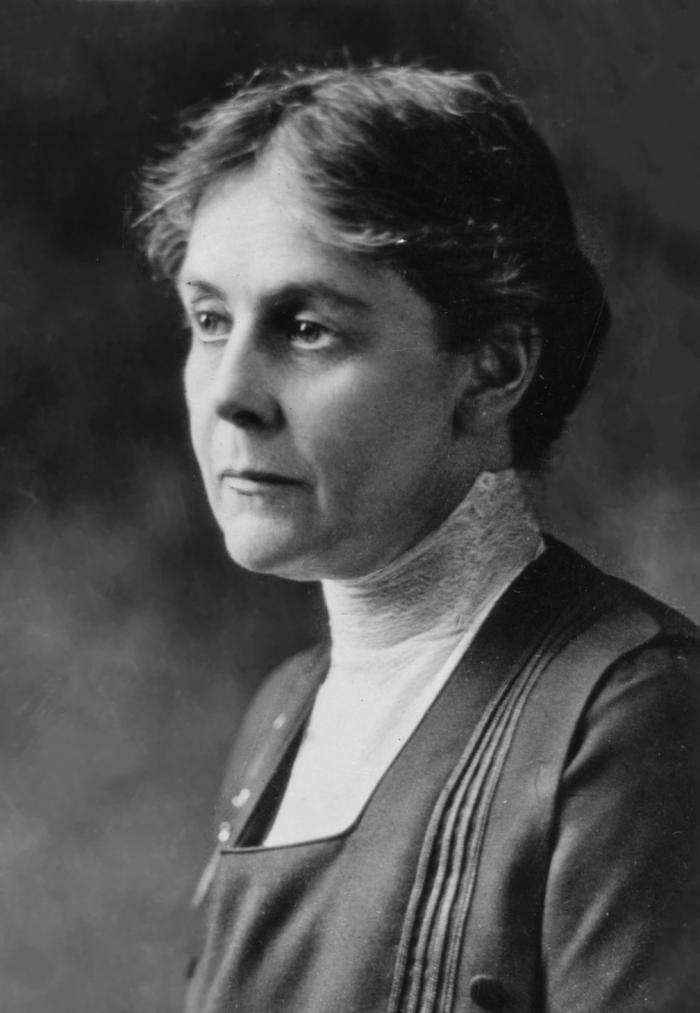 Alice Hamilton, the first woman to appointed to Harvard's faculty and a pioneering researcher in toxicology.

O’Sullivan was a vital labor organizer in the early part of the twentieth century. She first organized a bookbinding union for women, then founded the Women’s Trade Union League, which supported strikes across America, held national congresses of working women, and fought for suffrage.

Gilman is best remembered for her short story “The Yellow Wallpaper,” which has become a landmark feminist text. She also wrote poetry, novels, plays, and nonfiction advocating for women and social reform. 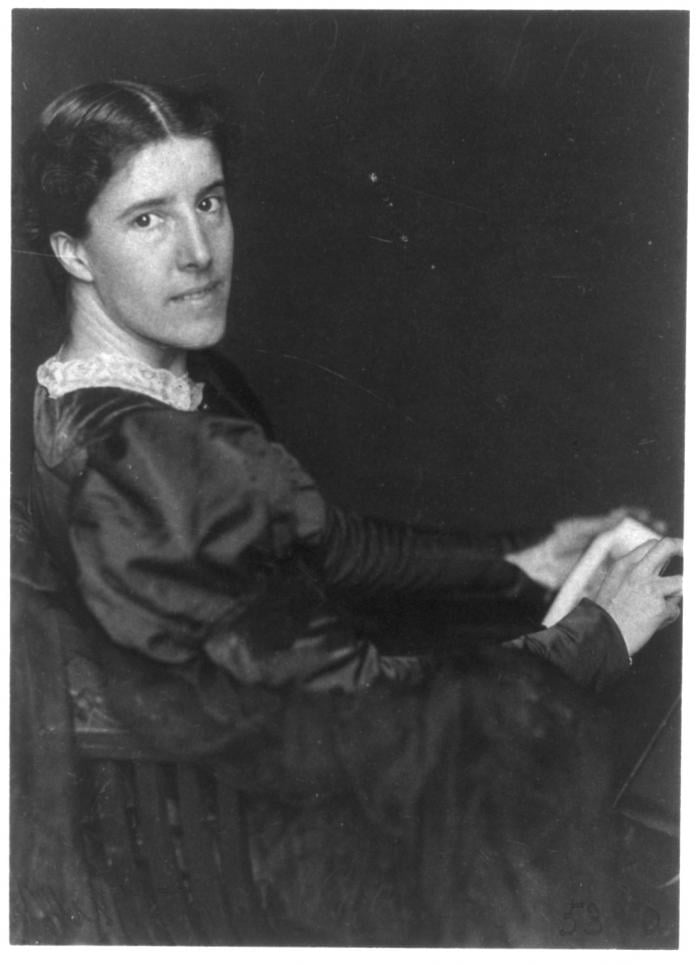 After volunteering at Hull House, Andrus fought for the rights of retired and elderly people. She founded AARP and taught in both higher and secondary education. 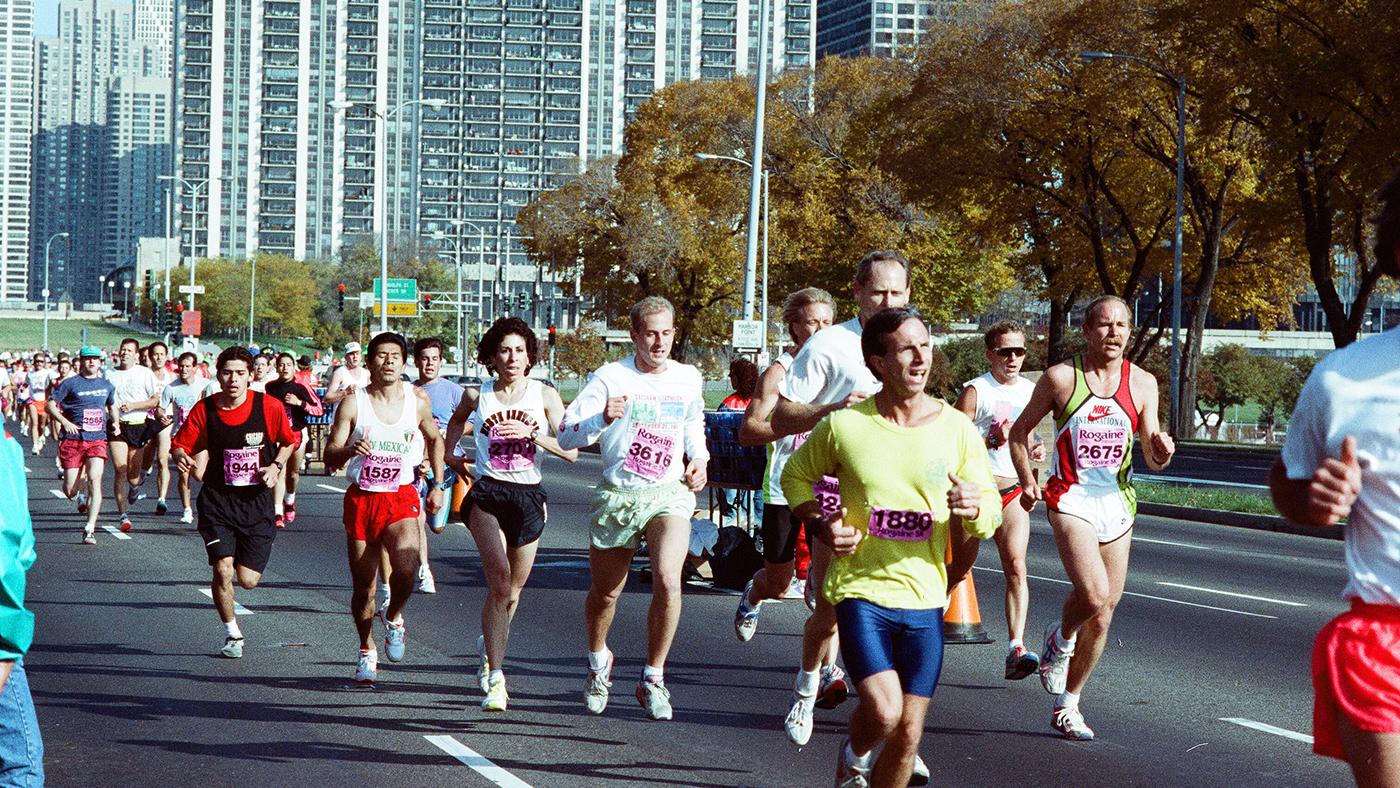 A Brief History of Marathons in Chicago 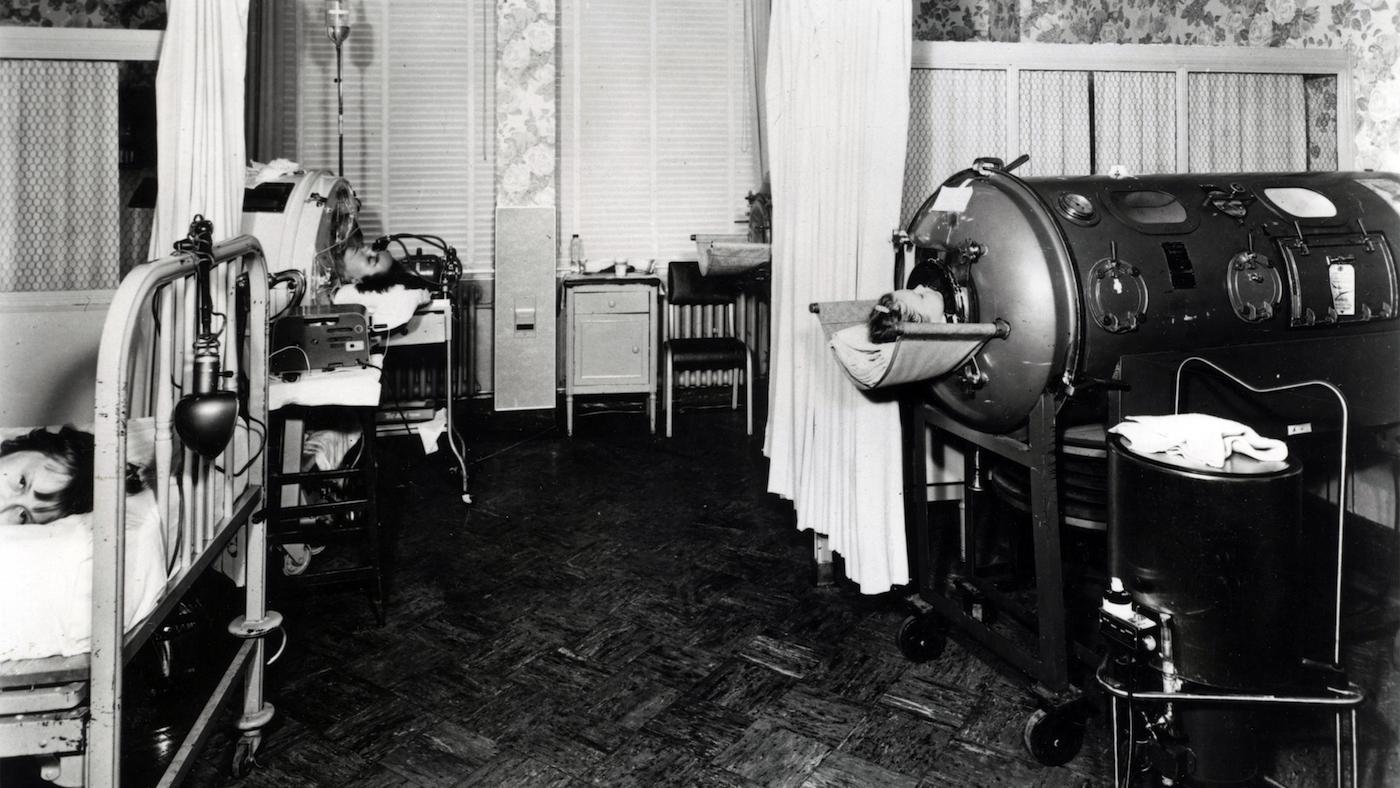