A Break in the Clouds: Chicago's 1933 World's Fair 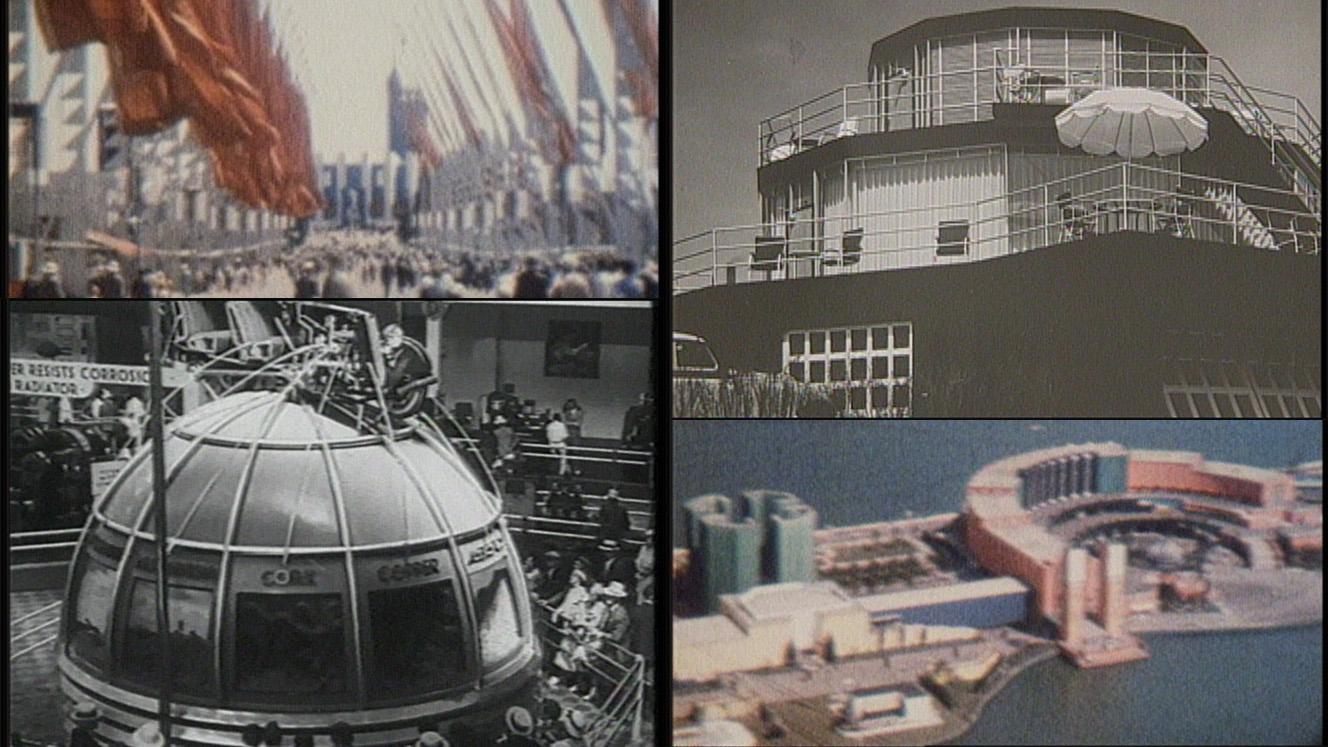 84 years ago today, in the midst of the Great Depression, Chicago opened an extravagant World's Fair. The exposition celebrated "A Century of Progress" in the city and highlighted technological innovations such as the twelve-sided House of Tomorrow, which featured an electric dishwasher and air conditioning, and a Sky Ride that ferried visitors over the entire fair. In 2000, WTTW's Chicago Stories looked back on the fair, talking to people who had visited it and worked there as well as historians.

From the wildly popular, salacious fan dancer Sally Rand to expositions of paintings such as the iconic "Whistler's Mother" at the Art Institute, from a lasting and puzzling memorial to Italy to huge days for different ethnic groups, the fair had something to offer everyone, and was so popular that it was extended for an extra year, despite the economic straits of the Depression. It's even commemorated on the Chicago Flag, represented by one of the four red stars. Enjoy the wonderment, thrills, and tales offered up by this monumental event in Chicago's history.