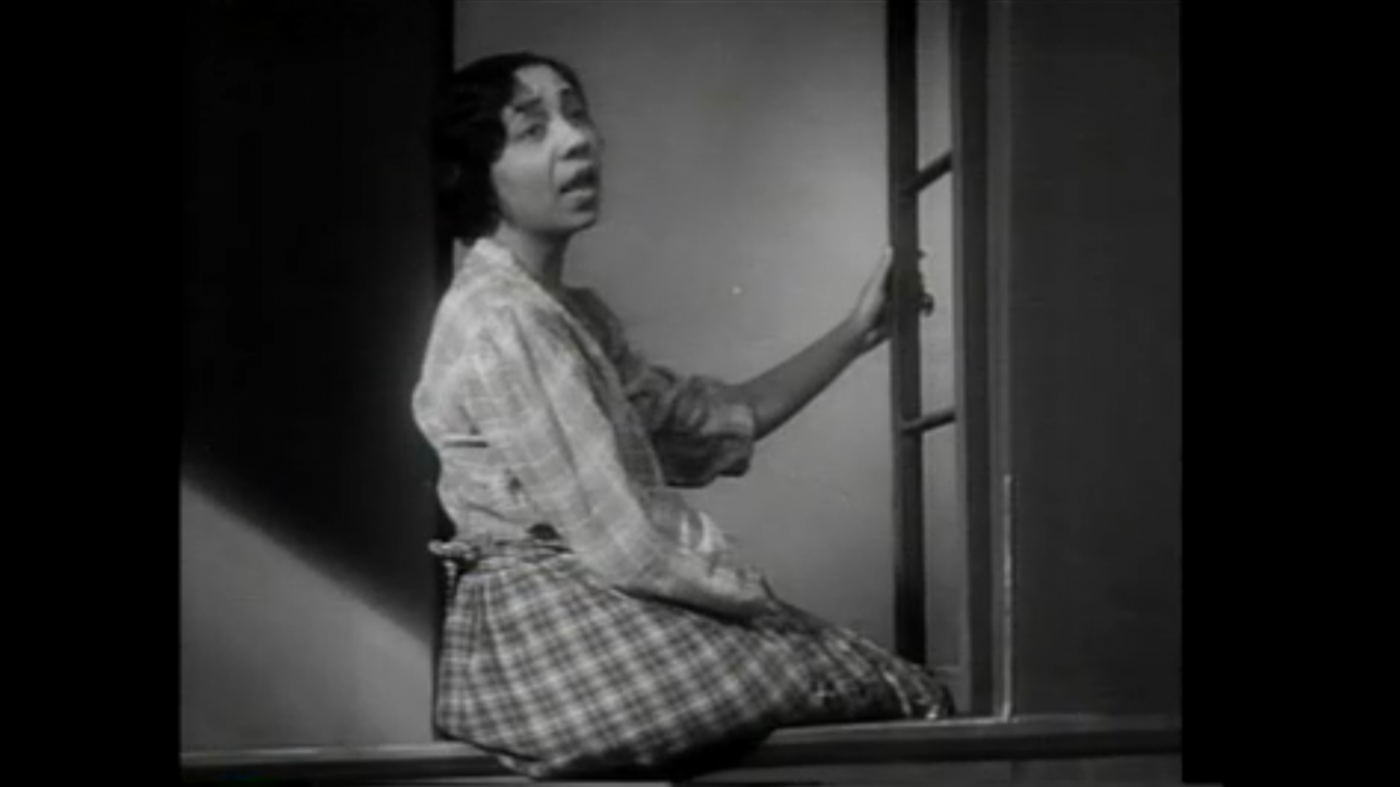 Etta Moten Barnett was one of the first black women to appear onscreen not as a comic stereotype, in "Gold Diggers of 1933." Image: From WTTW's 'Chicago Stories'

How many acts can someone fit into a life? If you’re Etta Moten Barnett, enough to make up an epic play. From a young wife and mother to a trailblazing Broadway and Hollywood star admired by George Gershwin and Franklin D. Roosevelt to an ambassador to Africa and an important Chicago hostess and patron, Barnett filled her 102 years with an extraordinary amount of life.

Born in Weimar, Texas in 1901 to a minister father and schoolteacher mother, Barnett began singing as a child and by her teens was already a performer. Her college-educated parents encouraged her to get a degree, but any chance of that or a performance career seemed to be cut short when she married a World War I veteran at age 17 and had three daughters.

Yet, after six years of marriage, Barnett made her first bold, life-redefining move: she divorced her husband and enrolled at the University of Kansas to study voice, drama, and education, relying on her parents to help her raise her children. She was one of about 150 African Americans in a school of almost 6,000 students.

Upon graduation, she joined the respected Eva Jessye Choir, having continued to perform during the summers to help pay for college. On her way to New York City, where the Choir was based, she stopped in Chicago. There she met Claude Barnett, the founder of the Associated Negro Press. Taken by the talented young woman, he gave her letters of introduction to various influential people in New York. Three years later, they married.

In those intervening years, Barnett’s career took off. She landed a role in an all-black Broadway show almost immediately upon her arrival in New York City; when that show quickly closed, she was cast in another production that subsequently toured and brought her to California. There, she made the leap to Hollywood. 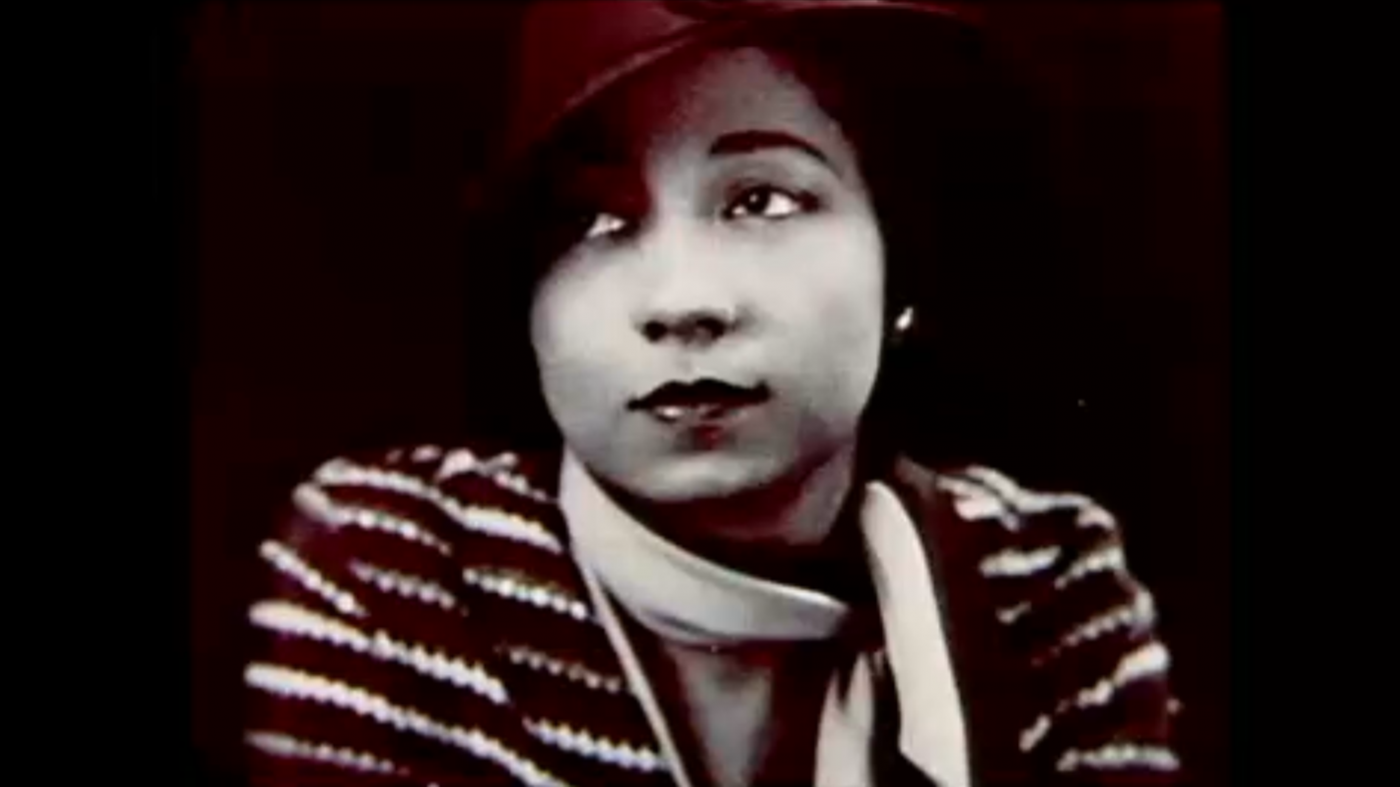 Barnett's career quickly took off, with Broadway and film appearances, a performance at the White House, and notice by George Gershwin

Audiences heard her before they saw her. Her rich contralto voice graced both a Barbara Stanwyck and a Ginger Rogers film in 1933, leading to an onscreen role in Gold Diggers of 1933. In that movie, Barnett appears in the window of a building, lamenting the death of a husband killed in World War I. Her uncredited performance of “My Forgotten Man” was groundbreaking: rarely, if ever, had a black woman appeared on the silver screen as a graceful beauty instead of a comic stereotype, such as a nanny or maid.

Barnett’s singing so moved either Franklin Delano Roosevelt or his wife Eleanor that Barnett was invited to the White House to sing “My Forgotten Man” and other songs for FDR’s birthday in 1934, making her the first black woman to perform at the White House. That same year she also made her first credited film appearance, as a Brazilian singer in Flying Down to Rio, which also marked the debut of Fred Astaire and Ginger Rogers as a team. Barnett’s song “The Carioca” was nominated for an Academy Award. When Flying Down to Rio played in African American neighborhoods, Barnett, not Rogers or Astaire, received top billing.

At the height of her fame, Barnett met George Gershwin. He was working on an opera called Porgy and Bess and thought Barnett would be perfect for the lead role. “He told me I was Bess, that I had the verve and the looks he wanted,” she recalled decades later. But the part was written for a soprano, so someone else premiered the role instead. In 1942, however, Barnett decided to take the part in a Broadway revival. It brought her even more acclaim, but the strain of singing outside her vocal type may have ended her singing career. She gave her last formal recital in 1952, having performed with the likes of Duke Ellington in the meantime. 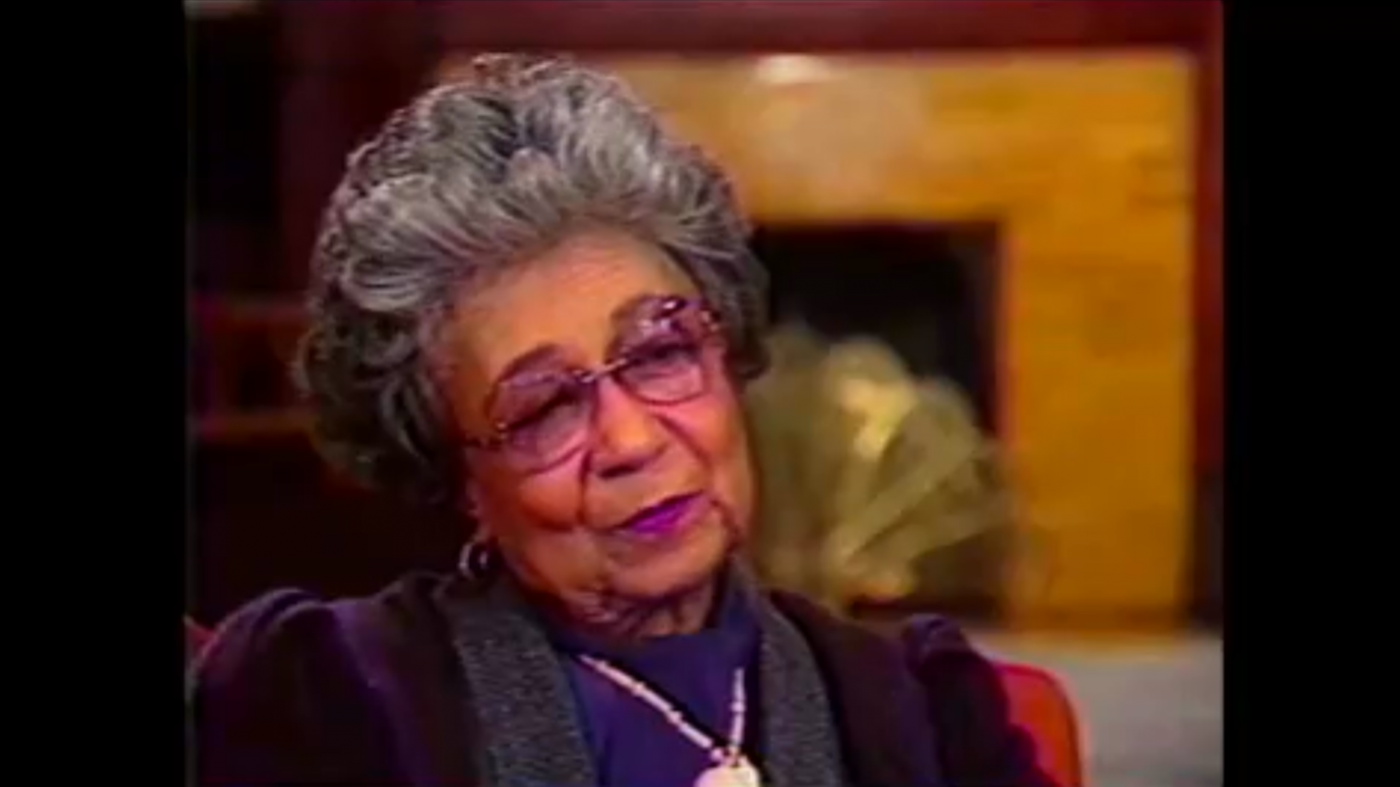 In her later life, Barnett (seen here in 1988) was an important unofficial ambassador to Africa and a cultural patron

And thus began another act of Barnett’s life. She made the first of many trips to Africa in 1947 as an unofficial ambassador, attending the independence ceremonies of several countries over the years, including as party to Vice President Richard Nixon in Ghana. The Barnetts brought back both artifacts and knowledge to their fellow Americans, collecting pieces of art to furnish their home and offering lectures on Africa. Their three-story Victorian greystone on the South Side filled up with sculptures, rugs, walking sticks, cloths, and other African artifacts.

Claude Barnett died in 1967, but Etta continued to be a warm and vital presence in Chicago as she expanded her activities. She served on the boards of the DuSable Museum, Lyric Opera, Field Museum, South Side Community Arts Center, University of Chicago, WTTW, and other cultural institutions. She was a trustee of the National Council of Christians and Jews as well as the African American Institute in New York. She maintained a busy social calendar – her friends included everyone from Harry Belafonte to Studs Terkel – and she didn’t give up wearing high heels until she was 95.

At her 100th birthday celebration, Belafonte outlined her legacy. “She gave black people an opportunity to look at themselves on a big screen as something beautiful when all that was there before spoke to our degradation,” he said. “In her, we found another dimension to being black in our time. She was a true shining star.”

She offered a more modest reflection. “All I ever wanted to do was to help make people happy,” she said. “And I wanted to show them that no matter what, their dreams could come true.” She died two years later, on January 2, 2004, having done just that.