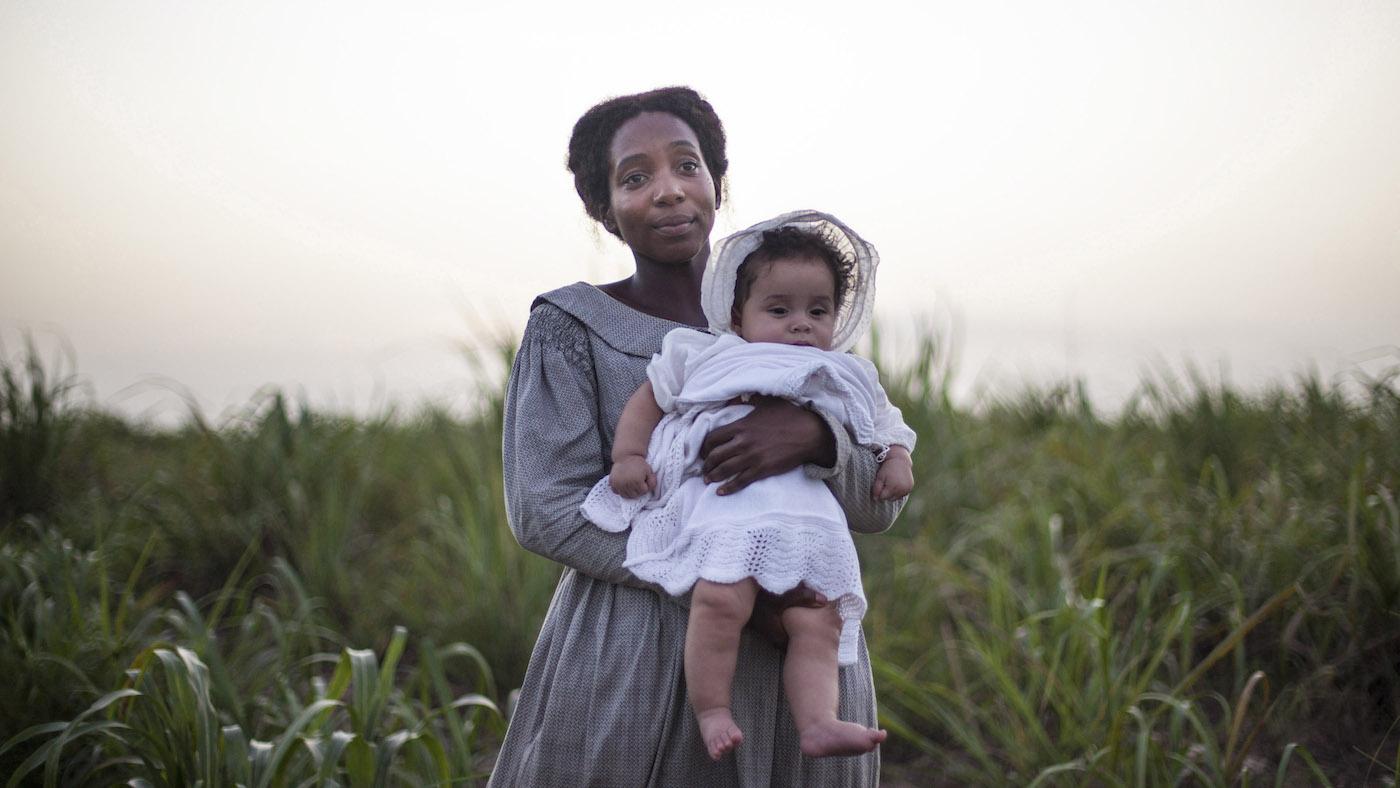 The Long Song airs Sundays at 9:00 pm and is available to stream. Recap the previous episode.

Robert orders a notice posted at the fieldworker’s village. The workers call for the literate Dublin to read it: their rent is doubled. James, a leader of the workers, rips it up. “Slavery has returned to Amity,” Dublin says.

The workers march on the great house. Robert tells them he owns their houses; they’ll be evicted if they don’t pay rent. He’s doing this for their own benefit, he explains. When James refuses to cede to Robert’s demands, Robert grabs James’s pipe and dashes it on the ground. As the workers leave, he goes inside and smashes a chair.

For three days, the workers avoid the fields and don’t pay rent. The sugarcane rots. Robert doesn’t sleep. His daughter Emily cries constantly—now it’s July screaming for a servant, her old friend Molly, to bring her water, just like Caroline.

Robert finally rouses himself, drawing a map of the plantation for a group of white men on horses. They’ll burn the workers’ gardens, kill their animals, upturn their houses—all to instill fear in them.

Caroline comes to July’s lodgings in the basement of the great house for the first time, searching for Robert, fearing for his safety. She asks “Marguerite” to sit with her upstairs; July only acquiesces after Caroline begs and tells her she can bring Emily.

Upstairs, Caroline denounces abolitionism and “Negroes” until Robert returns. He’s flush with excitement, despite a bloody arm: he has succeeded in his plan. Caroline calls for water for his wound, then he too tells “Marguerite”—he has never called July that—to fetch water. She walks away, bearing Emily.

For the first time since his marriage to Caroline, he doesn’t sleep with July. She finds him the next morning in a hammock on the porch. His plan hasn’t worked: the workers have not returned to the sugarcane. He sets off to the fields.

Later that day, the house worker Elias barrels up to the house on a cart, calling for July. Robert’s not right, he tells her. July climbs onto the seat of the cart, and Caroline scrambles out of the house and into the back. They rush off to the fields.

The fieldworkers’ village is empty. Robert is hacking at sugarcane in the fields, alone. July begs him to come home. He grabs her throat and brandishes his blade, screaming, “Don’t touch me!” Caroline pushes him away. He drops the blade and sobs.

Caroline tends to Robert as he lies nearly catatonic in bed. She won’t let July see him; the doctor said he cannot see Negroes, since they caused his breakdown. July peeks in his room, holding Emily. When Emily cries, Robert mutters her name. Caroline asks to take Emily to Robert, promising to let July see him when he asks for her. July, thinking Emily might help Robert recover, reluctantly agrees.

Robert finally begins drinking water and gaining strength. Emily is brought to him every day, but July still cannot see him. Molly asks July why she is staying at Amity; Robert tried to kill her. I’ll make him well, July tells Molly.

But when July tries to bring food to Robert, Caroline tells her that he said he doesn’t want to see July. Once he has recovered enough, he and Caroline will leave for England.

Later, July hears Caroline and Robert have sex for the first time.

July gives Elias a special dish to serve Robert as he and Caroline plan their return to England. Robert uncovers it—it’s full of cockroaches.

As Robert and Caroline are leaving, he tells a servant to keep July from the house until they are gone; neither of them wish to say goodbye. She gives Emily to Molly to feed, and falls asleep in a hammock once they depart. When she wakes, Molly and Emily are gone. They’re on the boat to England with Robert and Caroline, Elias tells her.

Having lost her second child, July moves to town, rents a shop and lodging house, and does exceedingly well for herself. No pity is needed, writes the old woman telling July’s story.

If only. In fact, July could think of only one place to go. She followed in the footsteps of Amity’s fieldworkers, to the free settlement they have set up on difficult land where no white men go. She collapses of exhaustion when she gets there. The kind workers nurse her back to health, but exhaustion still awaits. Life there is hard: white men try to burn the workers out, nature also tries her best with drought, floods, earthquakes, and yellow fever, and hunger takes more lives.

Nevertheless, July grows old, as the settlement shrinks and struggles. She is arrested in town, accused of stealing a hen. At her trial, she offers to swear to her innocence on the bible. The judge dismisses the case: this is July’s first time before the court, and the matter is trivial. July doesn’t get her hen back.

A well-dressed Black man finds her afterward and asks to bring her to his home for food and drink. She’s starving, so she agrees. As they ride in a carriage to his estate, he explains that he was raised in England and apprenticed to a printer who treated him well. He eventually settled in Jamaica because of a burning question, digging through records to find the answer until he found July at the trial. He was left at a Baptist church in Jamaica as an infant, and came to Jamaica to search for a woman named July from Amity Plantation. He is her son.

July now lives with his son, his wife, and their children. He entreated her to write down her story, promising to print it. Perhaps it will reach her long-lost daughter Emily in England someday. These stories must be told; the lives in them cannot be forgotten. 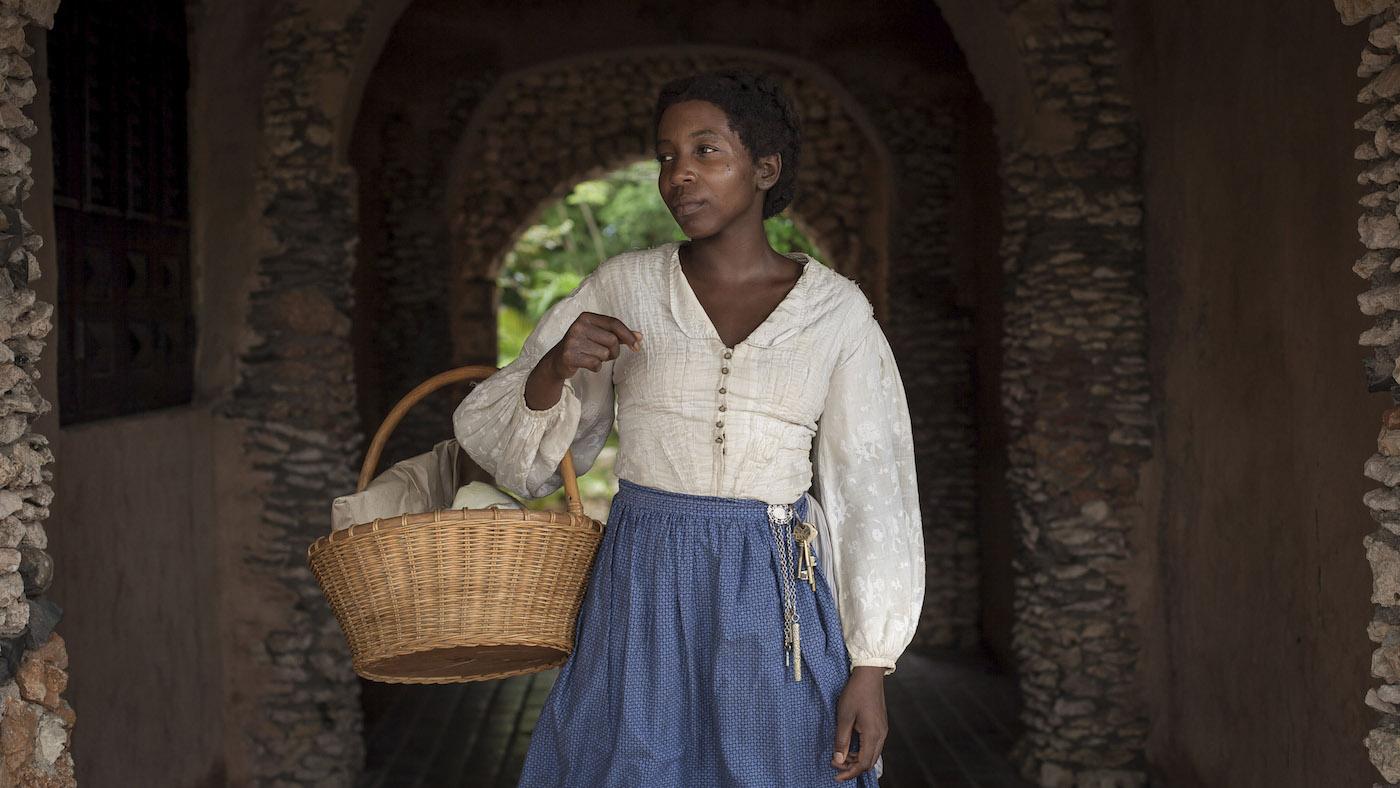 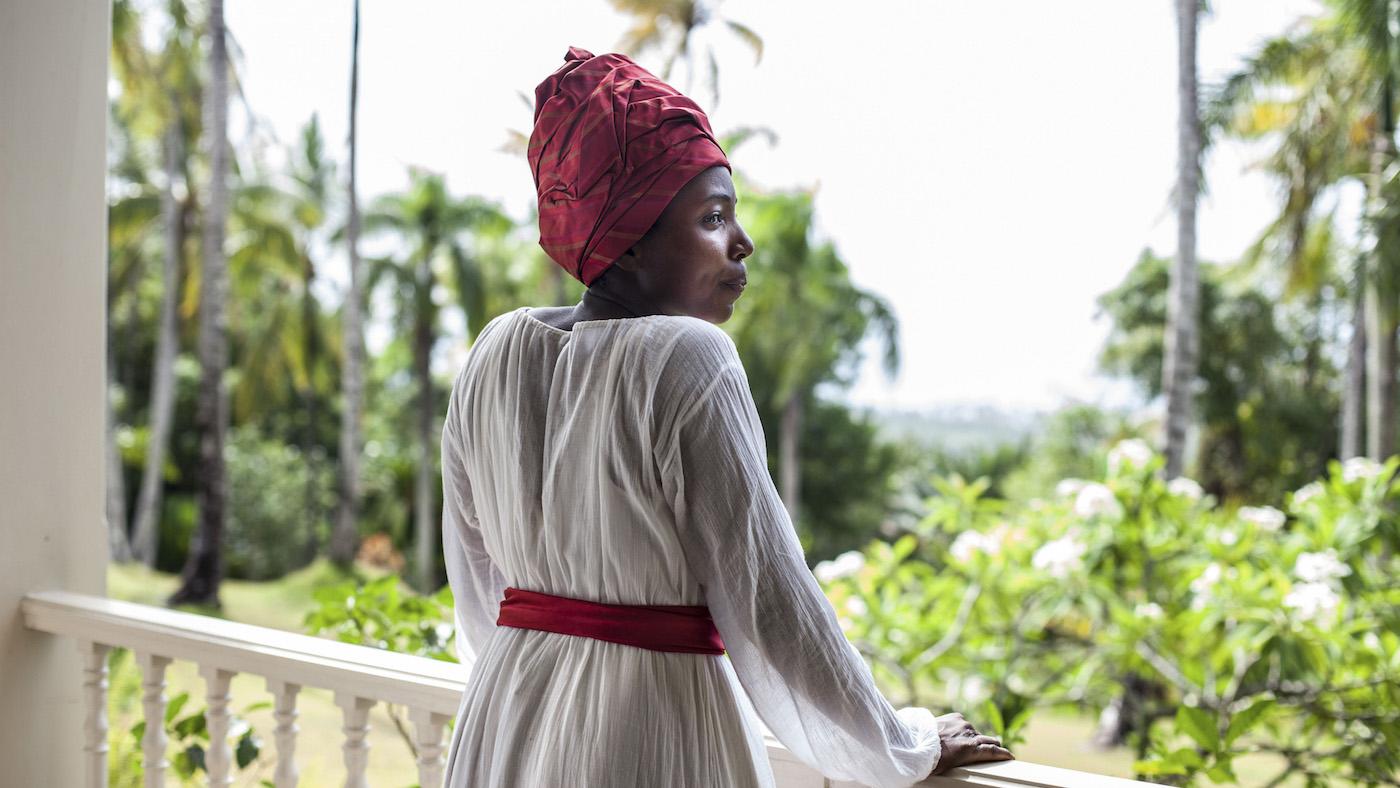