David Mamet, American Buffalo, and the Rise of Chicago Theater 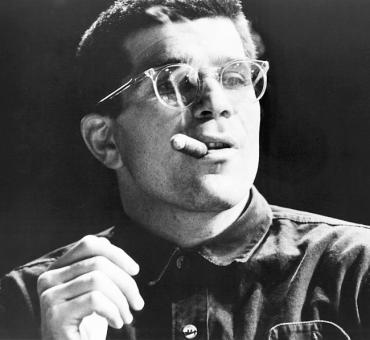 The Chicago theater scene in the 1970s shot up with the force of an adolescent growth spurt. Suddenly tallest in its class, the emboldened theater scene was electric with possibility and willing to take risks. Lenient building codes accommodated storefront theatres. Grant money flowed toward artists who were talented, organized, and open to the moment. And the kid on the scene drawing attention to Chicago in a major way was playwright David Mamet.

The Goodman Theatre had just established a space committed to experimental theater called Stage 2. After the Organic Theater Company passed on Mamet’s offer to be their resident playwright, he shopped American Buffalo to Stage 2’s curator Gregory Mosher. Mosher quickly agreed to add it to the season’s schedule and an American classic was born.

American Buffalo opened at the Goodman’s Ruth Page Auditorium on October 23, 1975. The play received mixed reviews from the critics, but the strongest reaction was to Mamet’s generous use of vulgarity. Yet it was this “profane poetry” that gave the play its raw power. Mamet’s “terse lyricism” was crucial to illuminating the character’s desperation in a harsh and unforgiving cityscape. The play was a success and Mamet became synonymous with the ascension of Chicago theater, the same theater scene that would give rise to such soon-to-be-famous companies as Steppenwolf.

Mamet was so certain of American Buffalo's success that he put $5000 dollars in escrow as a guarantee that he would one day win the Pulitizer Prize for Drama. He won the Pulitzer nine years later for Glengarry Glen Ross.