Main | Sports | Let There Be Light: The Cubs' First Night Game at Wrigley

Let There Be Light: The Cubs' First Night Game at Wrigley 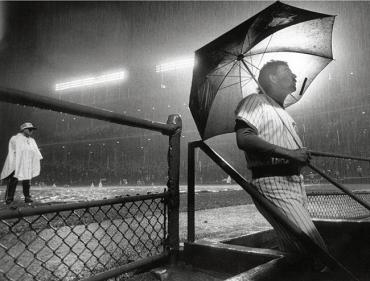 There weren’t always the brilliant, shining night games at Wrigley, the cool lake wind blowing in your face. In fact, it was the last of the Major League Baseball parks to hold night games. In the deep summer of ’88, legislation banning the games was lifted and six towers of lights were installed.  Shortly after 6 p.m. on August 8th, 1988 Harry Grossman, the oldest Cubs season ticket holder, announced to the unusually large crowd,  “Let there be lights!” and the stadium was illuminated with 110,000 blinding watts.

The lights weren’t on long, however; the game was rained out halfway into the third inning. The first official night game at Wrigley Field was played the following evening against the New York Mets. The Cubs won 6 to 4.

‹ The Chicago Marathon up Michael Jordan Signs with the Bulls ›