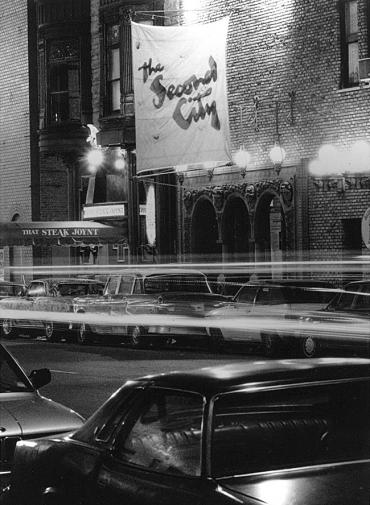 By the 1970s, Second City had earned its reputation in Chicago as the center of improvisational comedy. The time was ripe to step onto a bigger stage: Toronto and the television airwaves. In 1973, Second City found a second home in Toronto and secured a permanent space in 1974 at an old firehouse. Comedians John Candy, Gilda Radner, and others migrated to the new city to spread the laughter. And actors from the Toronto stage crossed the border in the television series SCTV. The series ran for seven years, totaling 185 episodes, and racked up 13 Emmy nominations.

Back in the U.S., graduates of Second City also made the leap to television in Saturday Night Live. Gilda Radner, Bill Murray, Dan Aykroyd, and John Belushi demonstrated that Second City was indeed a hotbed of artists who would continue to supply the comedy world with their talent. In the years to come, Stephen Colbert, Steve Carrell, Mike Meyers, Chris Farley, Tina Fey, and others would arrive on the comedy scene, all with roots tracing back to Chicago’s second-to-none Second City.

Second City is known not only for a good laugh but also for its commitment to artist development through classes for all ages and acting abilities: in ’85, Second City established its official training school, offering classes focusing on improvisation, acting, and writing.  Second City’s tradition of comedic excellence and daring has made it known far and wide as the source of all who are funny.

‹ Hubbard Street Dance Chicago up The Smart Museum of Art ›