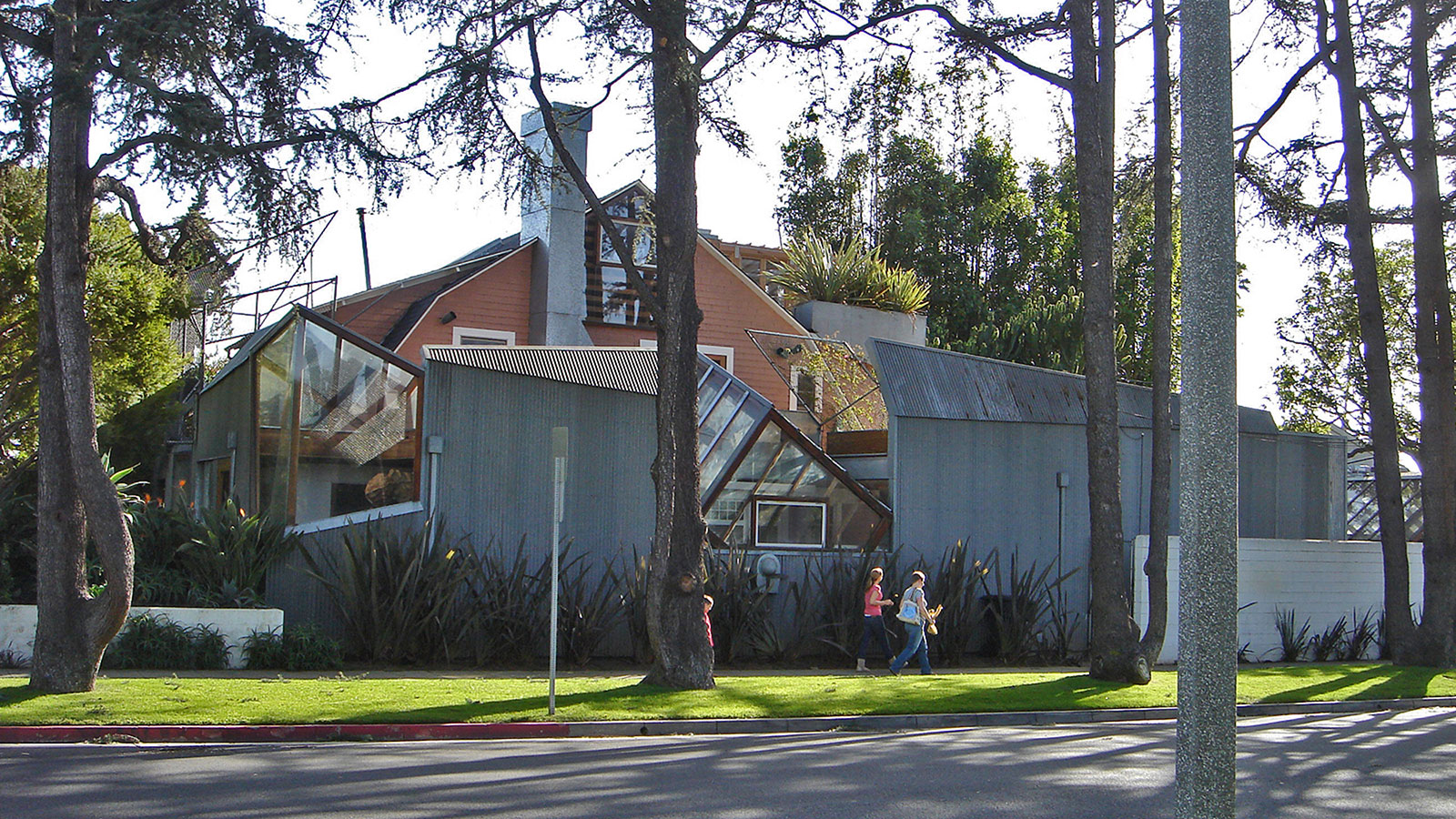 The original gambrel-roofed core of the Gehry House is still visible from the street. Photo credit: IK's World Trip via Wikimedia Commons 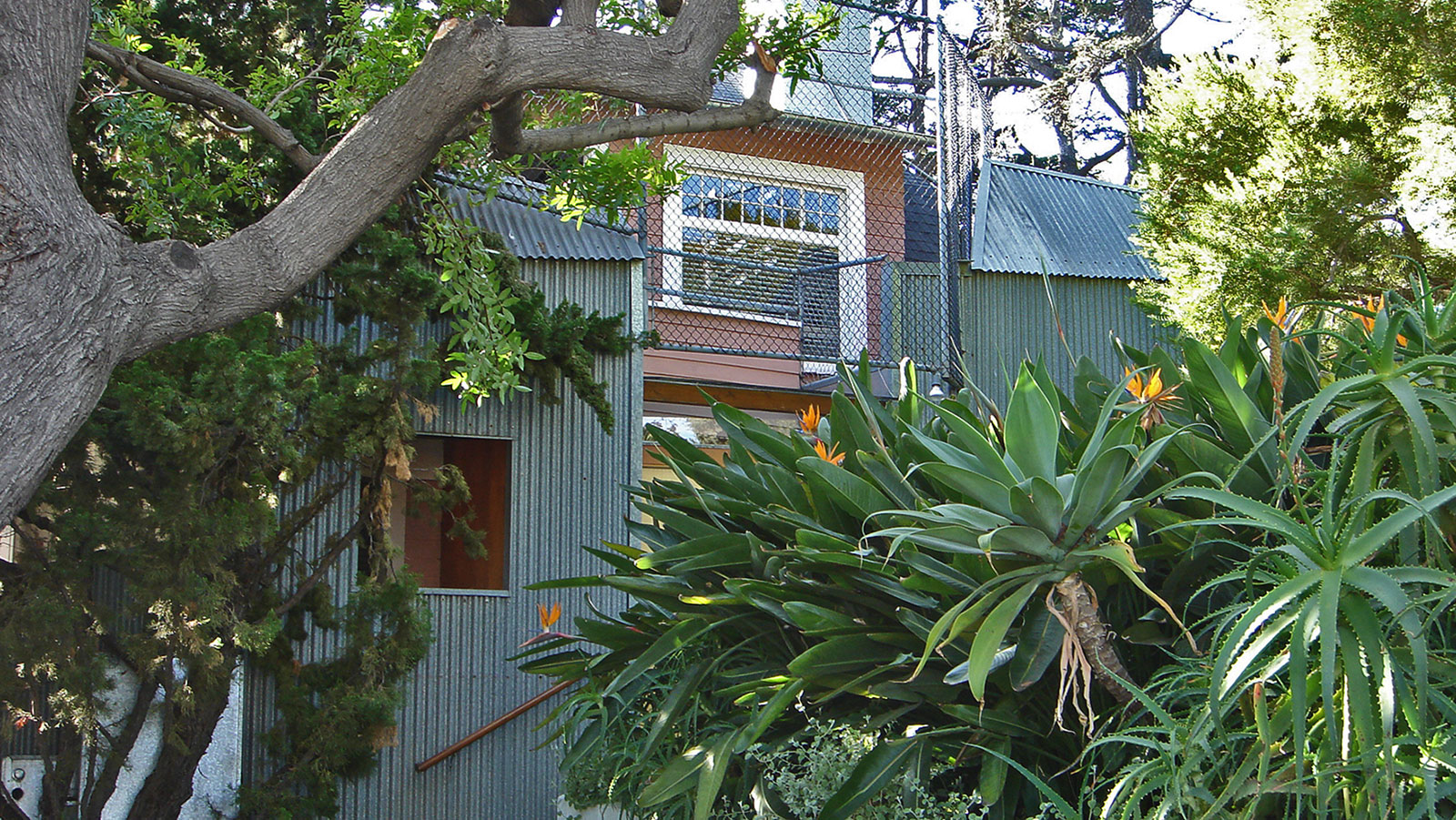 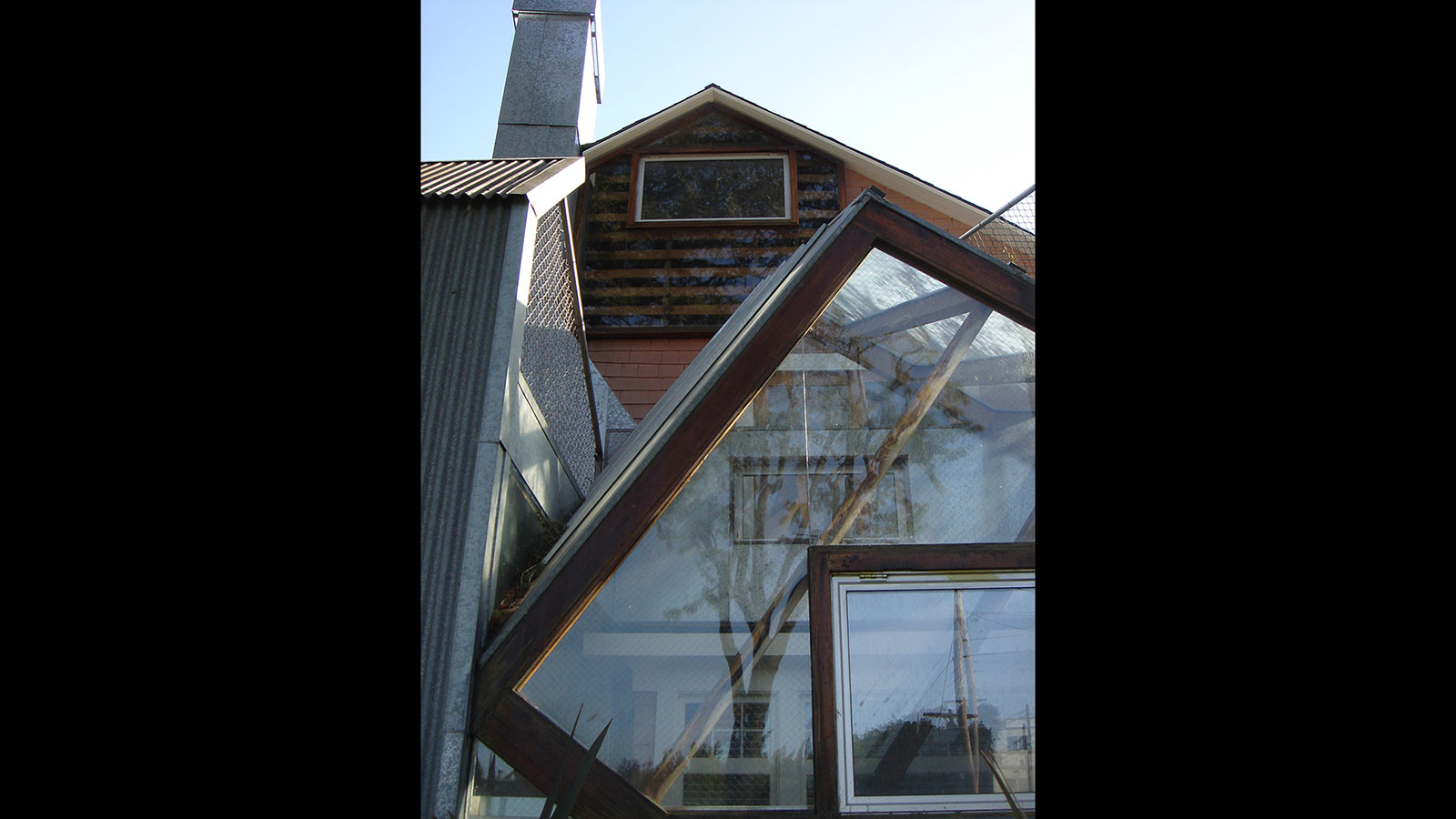 Gehry experimented with uncommon shapes, forms, and materials in his own residence. Photo credit: IK's World Trip via Wikimedia Commons

Frank Gehry didn't build his family a house from scratch; rather, he rebuilt an existing house, nearly from the ground up - resulting in a home that scarcely resembled its original form.

In the process of his 1978 "renovations," Gehry deconstructed the American home and put it back together in a way that has influenced architects since.

Why did Gehry want to alter an existing home? The basic problem was that it wasn't big enough. For this typical house on a typical suburban lot, some architects might have added a story or attempted a modest rear addition, but Gehry eschewed the historic style of suburban homes, opting for something completely new.

"I agonized about the symbols of the middle class," he later wrote. "…I searched for an interpretation of what I found that could suit my family, myself."

That interpretation turned out to be an expansion on three sides of the house. The new envelope was spectacularly non-historic, using contemporary materials such as corrugated metal and chain link fencing in a completely irregular pattern that responded to the needs of the plan and to Gehry's own aesthetic sense.

The neighbors didn't love it, and not all of the critics were charmed, either. But in 2012, the residence was honored by the American Institute of Architects as an outstanding work of architecture between 25 and 35 years old.