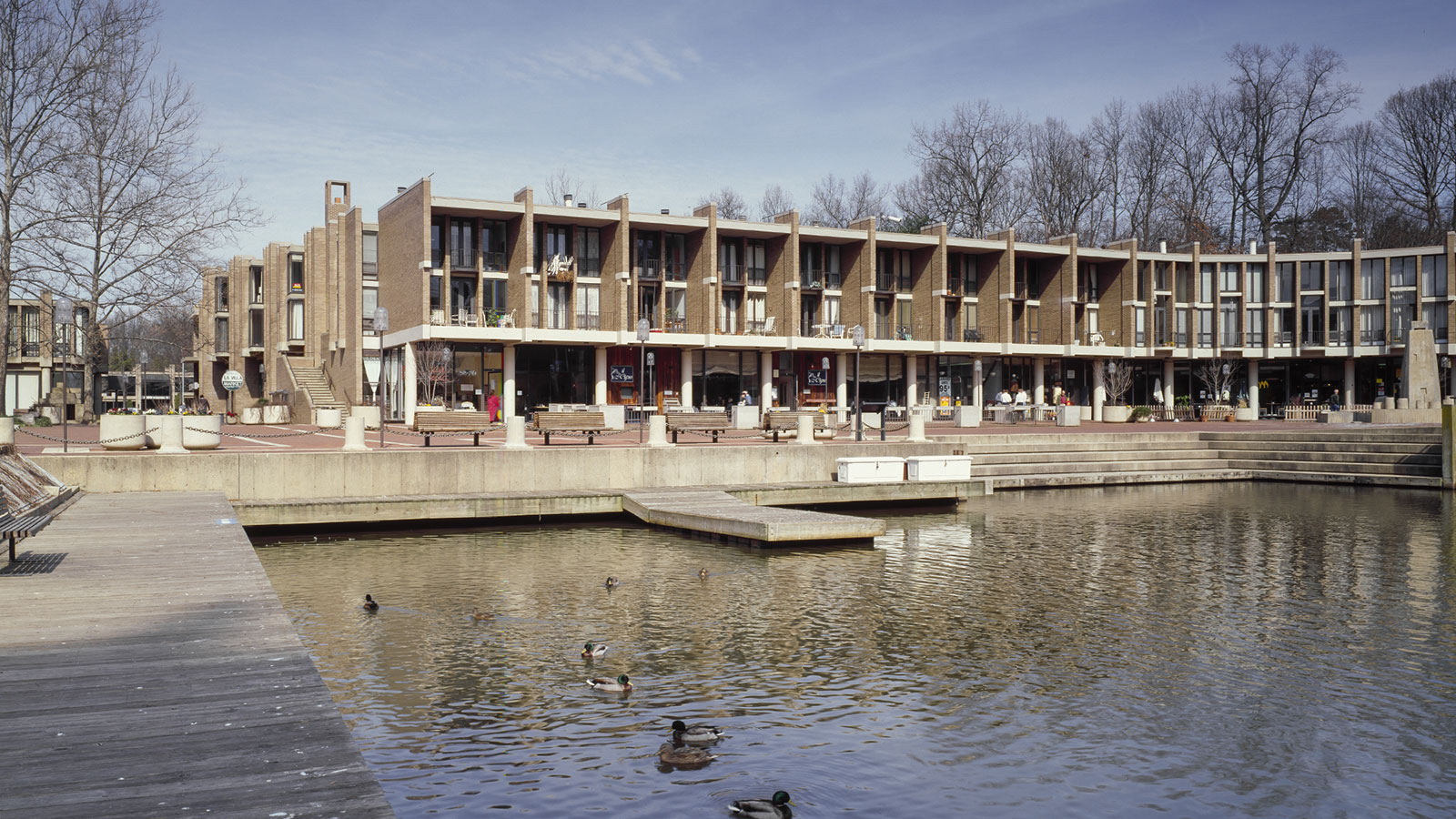 In 1966, Lake Anne was Reston's first neighborhood cluster to be completed, with a focus on Modern and Brutalist architecture styles. Photo credit: Carol M. Highsmith / Library of Congress 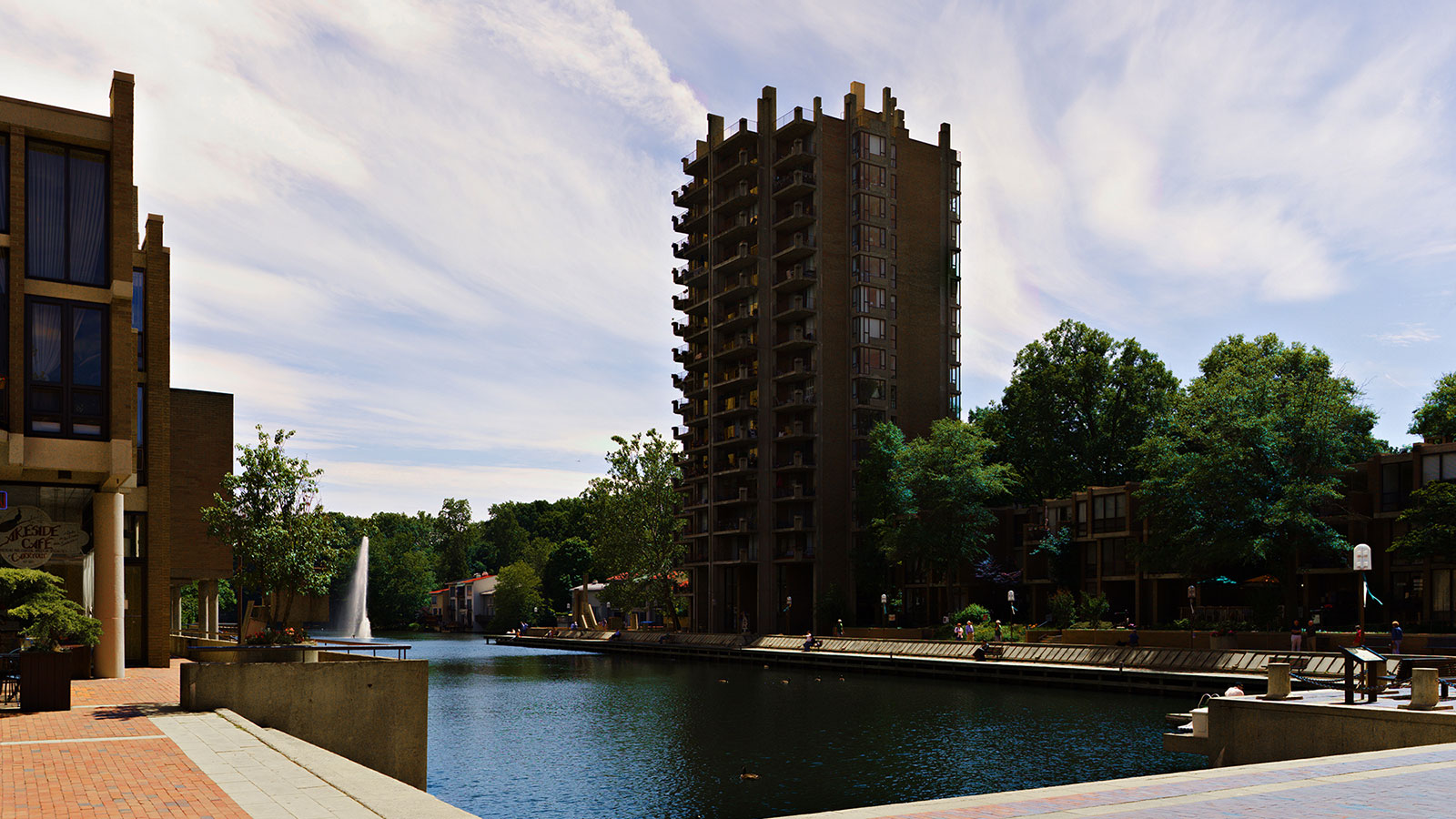 Reston was designed to include a variety of housing types to attract people of all ages and incomes. Photo credit: Gregory F. Maxwell via Wikimedia Commons 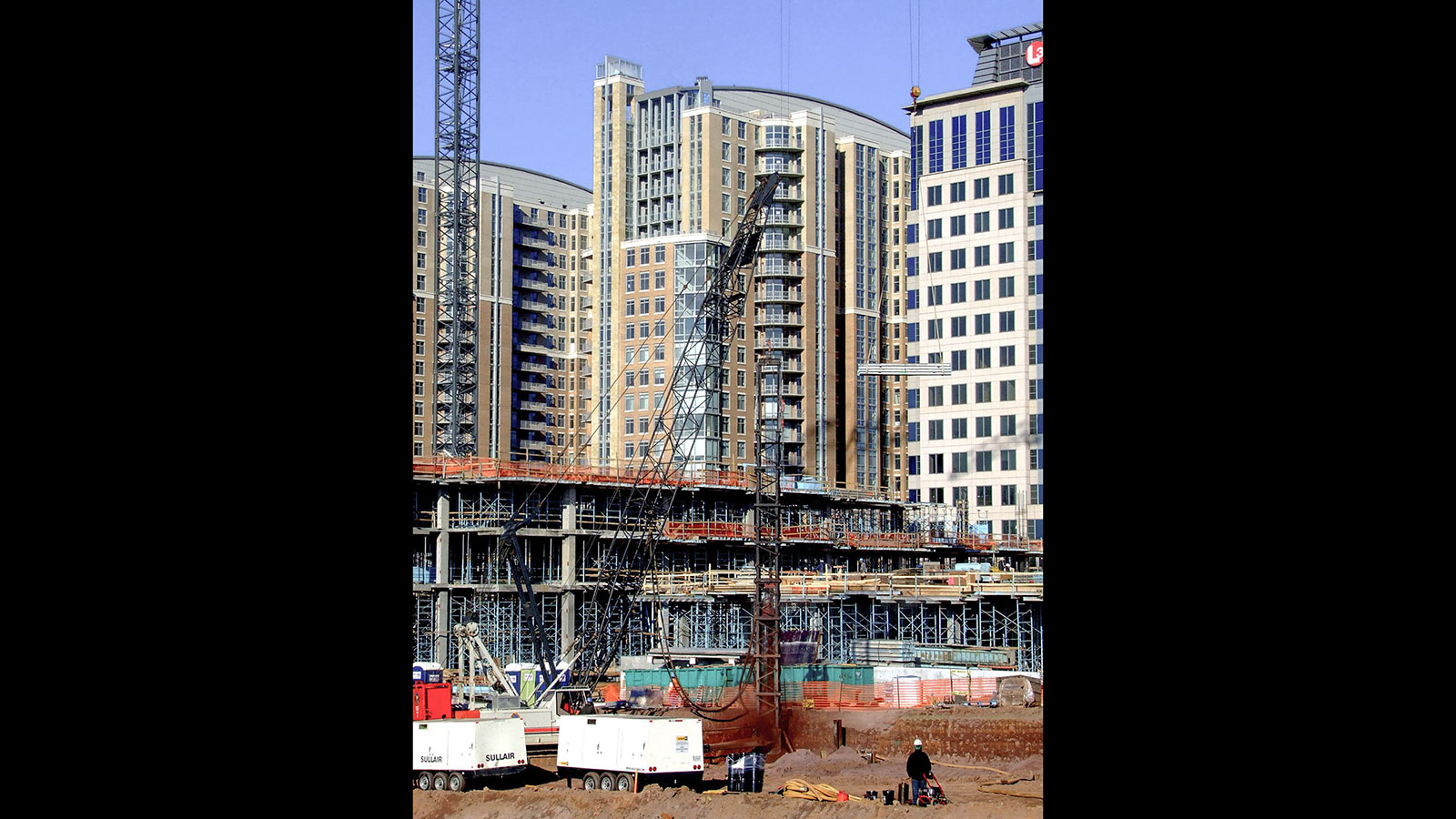 Reston Town Center was added to the plan beginning in the late 1970s. Photo credit: Articnomad via Wikimedia Commons 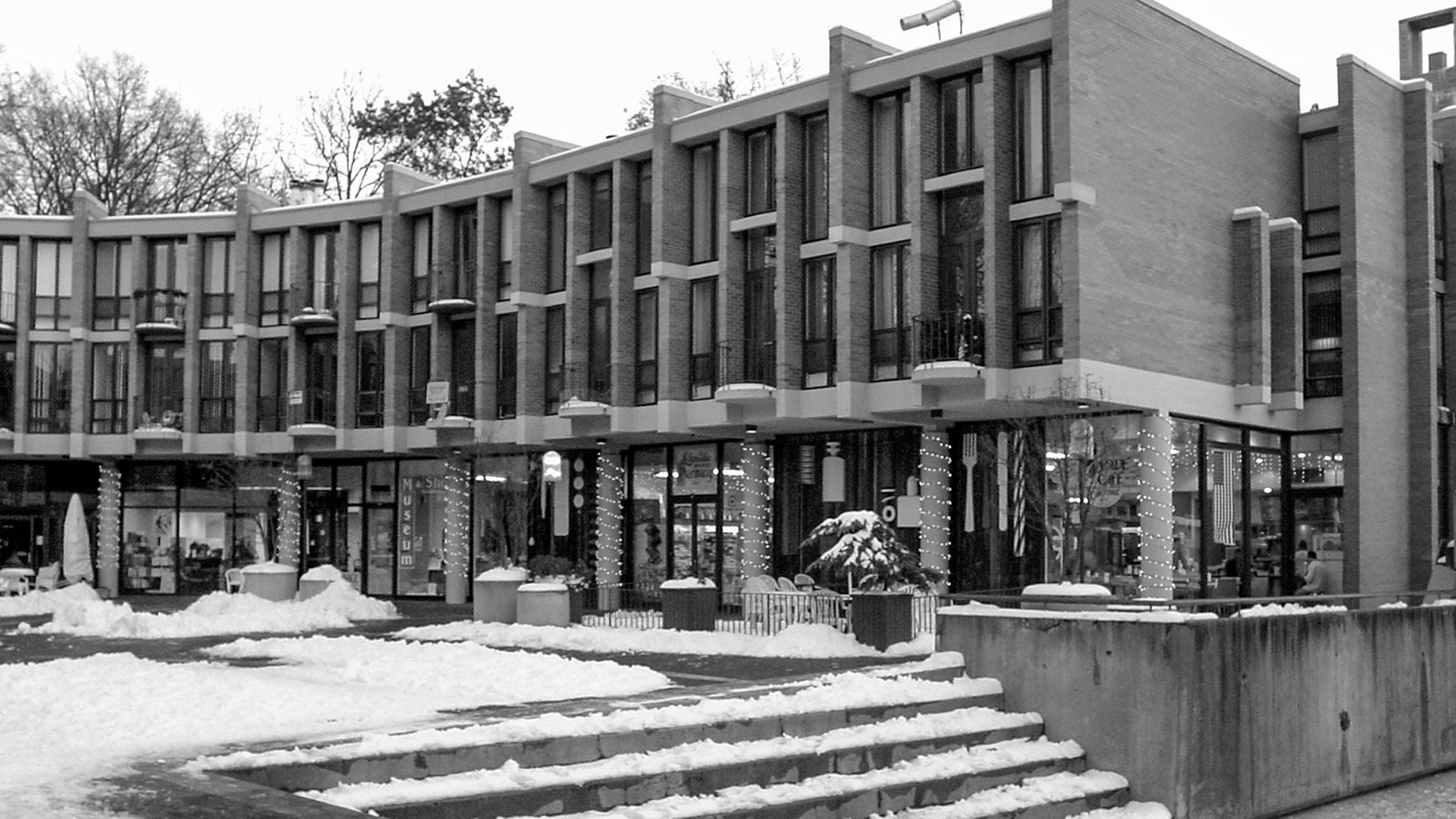 The City of Reston, Virginia is not only one of the largest works of urban planning in America, it is considered one of the best.

The project was begun in 1961 by Robert E. Simon (whose initials form the "RES" in Reston). Simon purchased nearly 7,000 acres west of Washington, DC and worked with the architectural firm of Whittlesey, Conklin & Rossant to create an expanded vision for a "New Town" of 75,000 inhabitants.

Using many of the same principles established in Radburn, the partnership projected seven neighborhood centers, so that each resident of Reston would have access to recreation, commercial services, and cultural opportunities within walking distance. A network of greenways and paths were designed to preserve the area's landscape and habitat.

The first of the neighborhoods to open was Lake Anne, which offered a variety of housing types to attract residents of all incomes and ages. When Lake Anne Plaza opened in 1966, its plan and architecture attracted national acclaim. Many of the major buildings were designed in a Modern/Brutalist style by James Rossant, with a plaza, sculptures, and fixtures to match.

By the late 1970s, the new developer of Reston decided that a large town center, in addition to the neighborhood clusters, would attract businesses and jobs. While this feature was not part of the original plan, the town center has indeed attracted businesses and jobs, creating a complete city with residential, commercial, recreational, and employment opportunities.