Historic structures are woven into the fabric of the neighborhood throughout the Pearl District. Photo credit: James Clark

Powell's Books opened in the Pearl District in 1971 and helped the neighborhood build momentum. The store has grown to cover an entire city block. Photo credit: James Clark

The Pearl District renaissance was in accordance with the ideas of author and activist Jane Jacobs. Photo credit: James Clark

The streetcar came to Portland in 2001, and with it came transit-oriented development. Photo credit: James Clark

It's fitting that the Pearl District in Portland is named for an organic phenomenon. 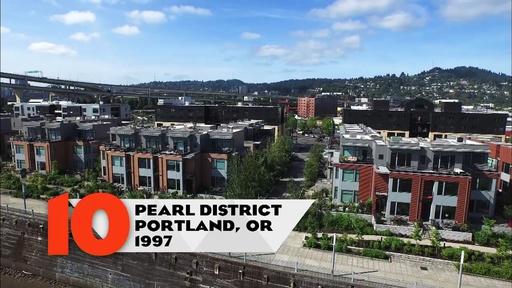 Unlike some of the silver-bullet urban planning attempts that came before it in other towns-where entire districts were demolished and replaced with grandiose new developments - this story of urban renaissance came together slowly, organically, and ultimately, successfully.

The Pearl District - nicknamed by a gallery owner for the artists who lived in the shells of old abandoned warehouses - emerged in an area of Portland previously thought to be undesirable and even uninhabitable. Then in the early 1970s, artists began living in the area, a bookstore opened, and the neighborhood's potential began to reveal itself. 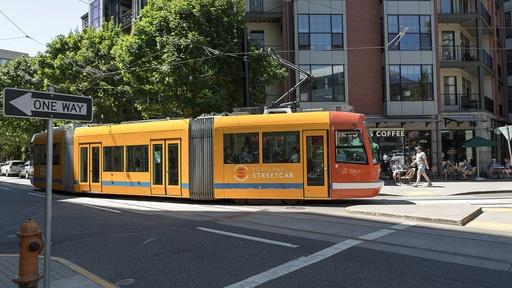 City leaders, rather than trying to over-orchestrate the area's redevelopment, fostered a more delicate process in the Pearl. They helped the area achieve its potential by championing principles as expressed by New York author and activist Jane Jacobs in her now-classic work on urban planning, The Death and Life of Great American Cities.

Jacobs advocated activating the sidewalks with people - an approach that was anathema to the highway - focused development of the mid-twentieth century. She favored conserving historic structures and establishing a dense, diverse, walkable, and decidedly non-orderly urban mix of uses.

This light-handed approach protected the Pearl's original character and ultimately helped it emerge as a vital, desirable urban neighborhood.

As the Pearl became more successful, Portland found yet another way to rebut the car-centric planning of decades before. In the Pearl, they brought back the streetcar, attracting "transit-oriented development" - a new term for a concept that goes back to commuter suburbs from 100 years ago. 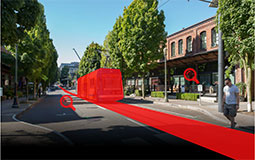 In Portland, the Pearl District revived organically with help from a resurrected form of transit: the streetcar.