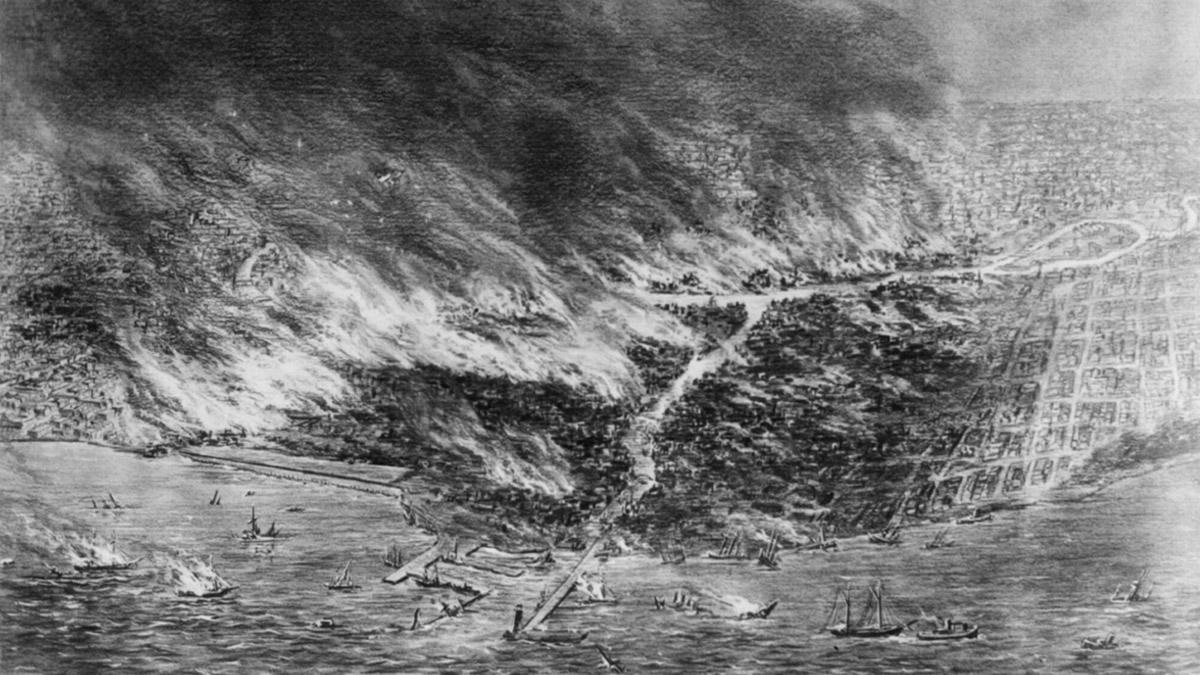 Next: Hospital of Hope >

Three years later, another large fire sent a new group of burned out residents searching for a place to live. Chicago's forgotten fire of 1874 displaced the majority of black families living in the downtown area. Most of these families then moved to less populated communities on the South Side. Their choice of location would have a major impact on the future housing patterns of African Americans in the city. These new communities would eventually stretch into a long and narrow chain of segregated neighborhoods known as Chicago's "Black Belt." 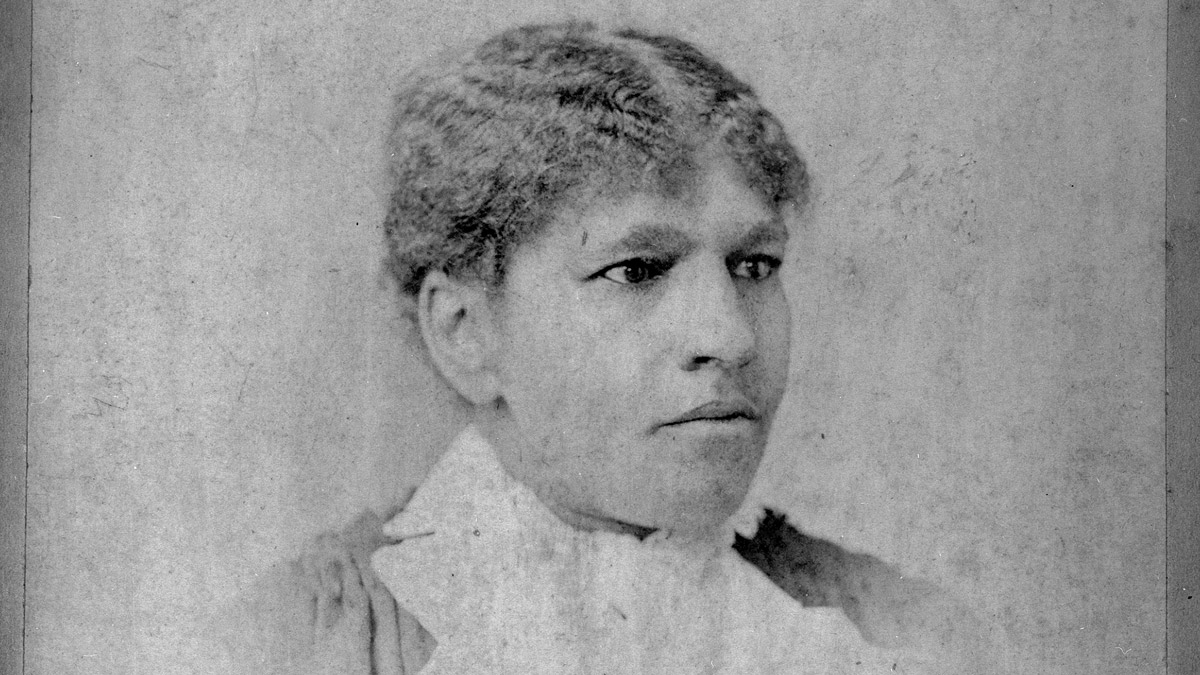 As the fire of 1871 raged through Chicago, Anna Elizabeth Hudlun went out into the streets to find those in need of aid and comfort. In addition to the many who received assistance, five families, both black and white, found long-term refuge, food, and water under her roof. Hudlun's kindness, nurturing, and generous contribution to the social welfare of the African American community were well known, and those who knew her affectionately called her "Mother Hudlun." After the fire, she was given a new title: "Fire Angel." When a second fire broke out in 1874, destroying most of the homes in the African American neighborhood, Hudlun once again provided shelter, clothing, food, and compassion. 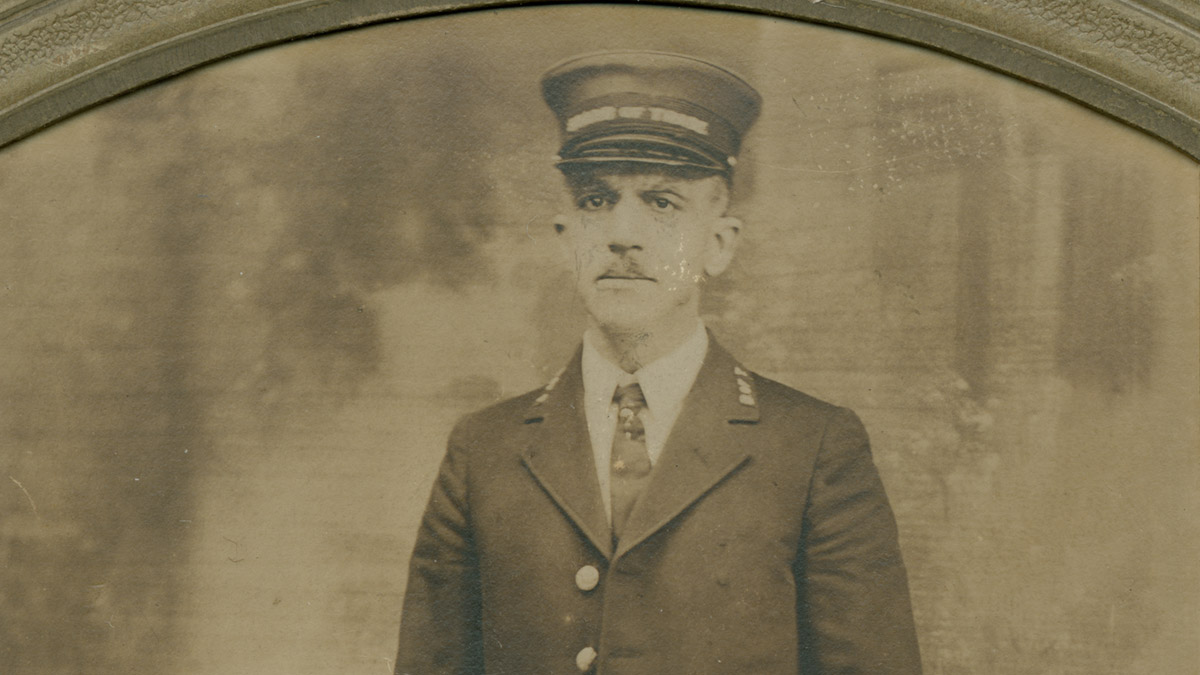 Joseph Henry Hudlun was born a slave in Virginia in 1839. By the time of his death, he had purchased considerable property and held the distinction of being the first African American to both build and own a home in Chicago. On the night of the Great Fire, Hudlun helped his wife tend to the needy and then rushed to the Chicago Board of Trade where he worked throughout his life. At great risk to himself, Hudlun saved many of the institution's valuable documents and was hailed as a hero by the institution.

View of Chicago before Fire of 1871 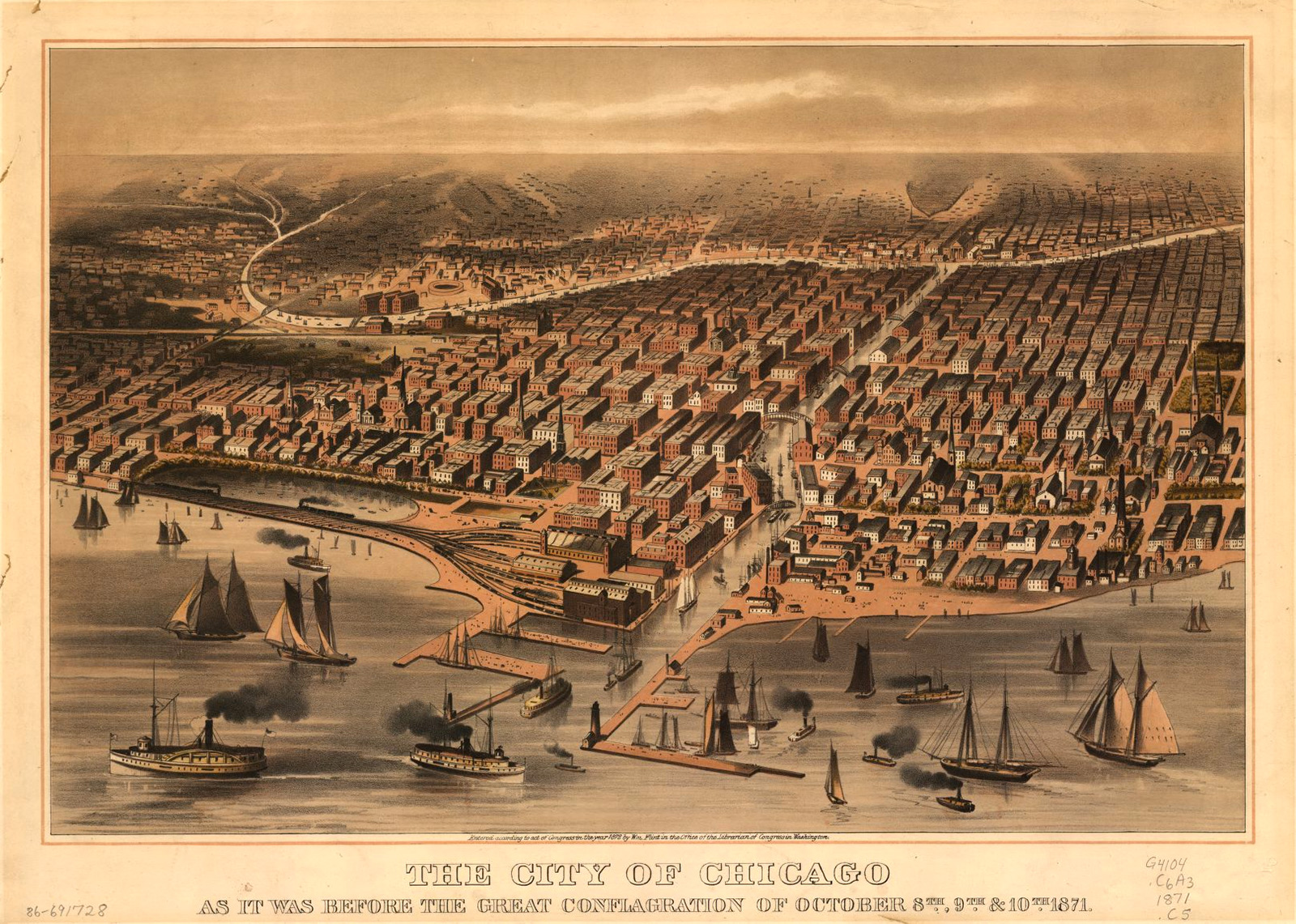 Ruins of Rush Medical Center after the fire 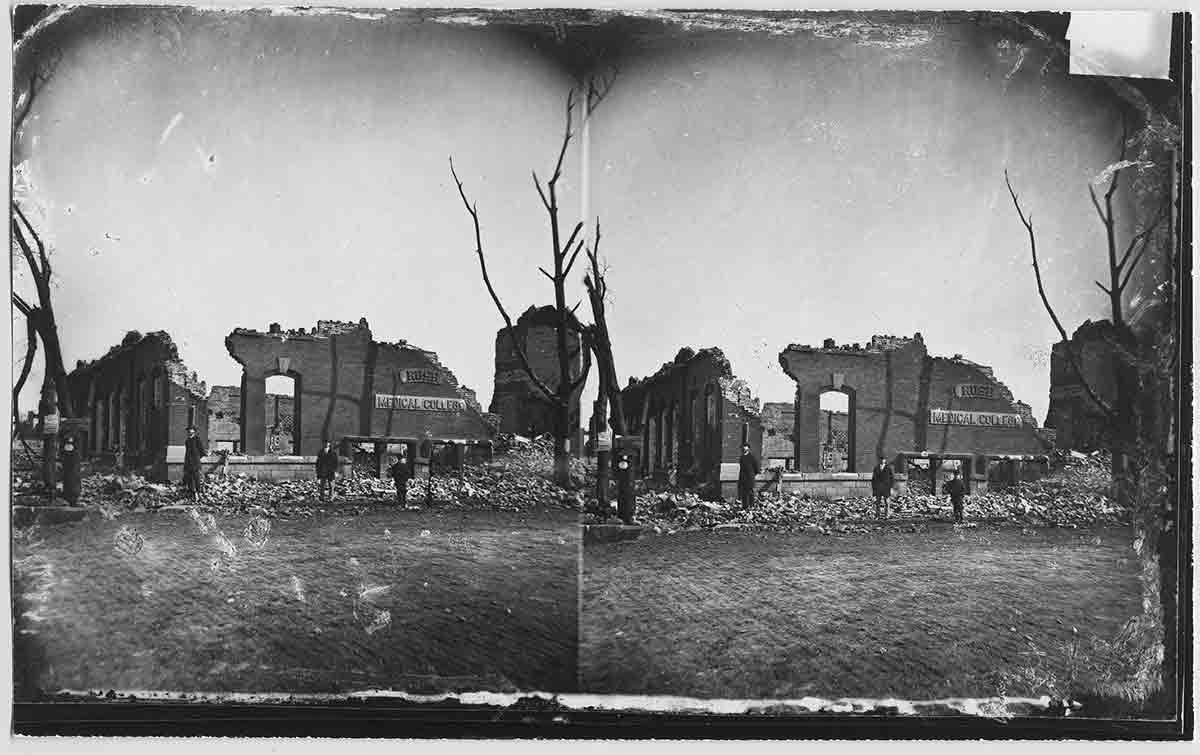