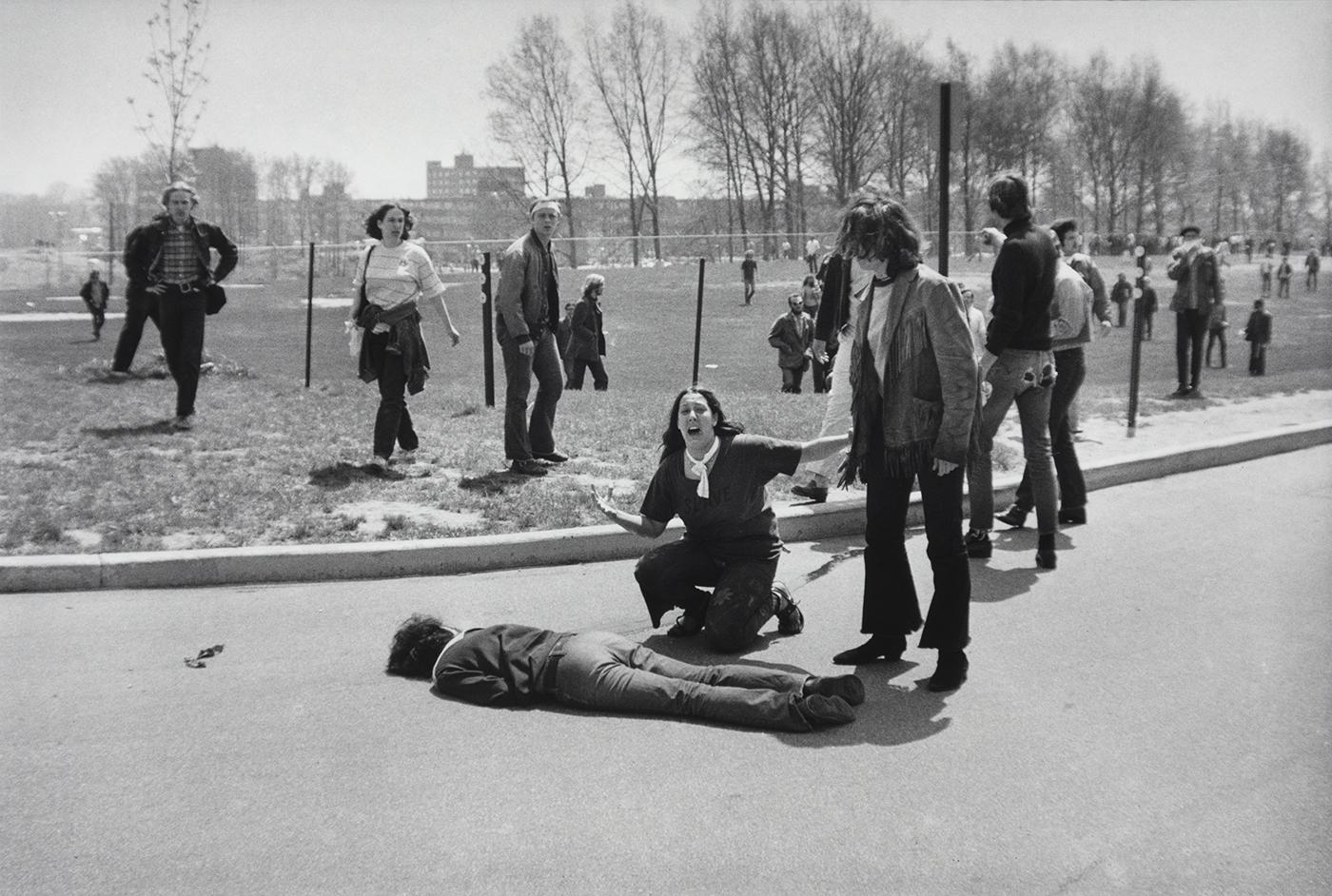 Mary Ann Vecchio kneels over the body of fellow student Jeffrey Miller, who was killed by Ohio National Guard troops during an antiwar demonstration at Kent State University. May 4, 1970. Photo: John Filo/Getty Images

Ken Burns and Lynn Novick’s The Vietnam War premieres in ten parts beginning Sunday, September 17 at 7:00 pm on WTTW11 and online. Hear more veterans’ stories, explore photographs and video from our archive, and more on our Vietnam War website.

Ron Kovic had an all-American childhood growing up on Long Island – he was even born on the Fourth of July. Eager to fight for his country, he joined the Marine Corps and eventually volunteered to go to Vietnam. He was first deployed there in 1965. In early 1968, he was severely wounded, leading to paralysis and the need for a wheelchair. From then on, he began to have doubts about the war, and eventually became one of its most visible protesters. His 1976 memoir Born on the Fourth of July was a best-seller that was turned into a 1989 film starring Tom Cruise and directed by Oliver Stone.

In July of 1977, Kovic recorded an interview with Studs Terkel for Studs's radio show on WFMT, WTTW's sister station. Kovic describes his transformation from a gung-ho soldier into an earnest dissenter, the catharsis and pain of writing his book, and his star turn at the 1976 Democratic National Convention. Hear some of the moving excerpts here, courtesy of the Studs Terkel Radio Archive, which is a partnership between the WFMT Radio Network and the Chicago History Museum.

"I was ready to give my best for America," Kovic says as he recalls listening to John F. Kennedy's 1961 Inaugural address and explains why he was inspired to join the Marine Corps.

"I lived with a torment and nightmarish pain that is hard to describe," Kovic remembers. That pain only went away when he wrote his book, but revisiting his experiences in print wasn't easy; he tells Studs that he nearly broke down and stopped writing until he saw an episode of the Mike Douglas Show that spoke to him.

"He was just a human being and he had every right to live, just as much as I did." This was Kovic's realization while recovering in the hospital across from a North Vietnamese soldier, his former enemy.

"I honestly believed back then that whatever our government said was right," Kovic says. That changed with the shootings at Kent State, as did his feelings about anti-war protesters.

"I know that the people of this country want to face up to the truth of that war and what happened at Kent State," Kovic says, as he passionately espouses his belief that the U.S. can become a better place.

"I had only hoped and dreamed that some day I could reach such great numbers with my message," Kovic says about speaking at the 1976 Democratic National Convention to symbolically nominate the draft resister Fritz Efaw for vice president.

The Vietnam War
From the Archive
Studs Terkel