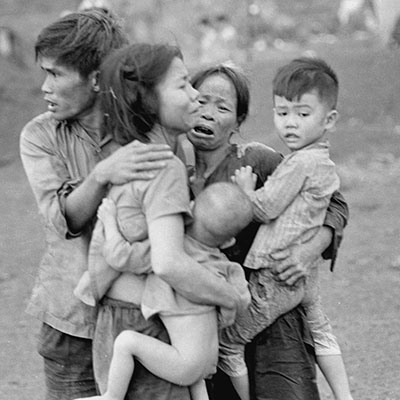 After a long and brutal war, Vietnamese revolutionaries led by Ho Chi Minh end nearly a century of French colonial occupation. With the Cold War intensifying, Vietnam is divided in two at Geneva. Communists in the north aim to reunify the country, while America supports Ngo Dinh Diem’s untested regime in the south. 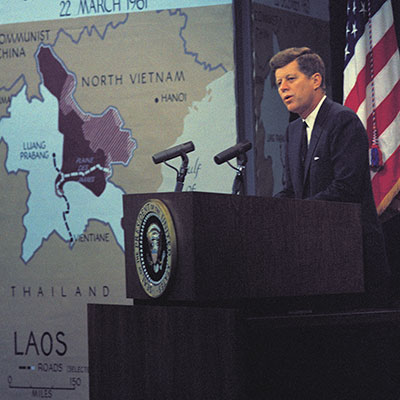 President Kennedy inspires idealistic young Americans to serve their country and wrestles with how deeply to get involved in South Vietnam. As the increasingly autocratic Diem regime faces a growing communist insurgency and widespread Buddhist protests, a grave political crisis unfolds. 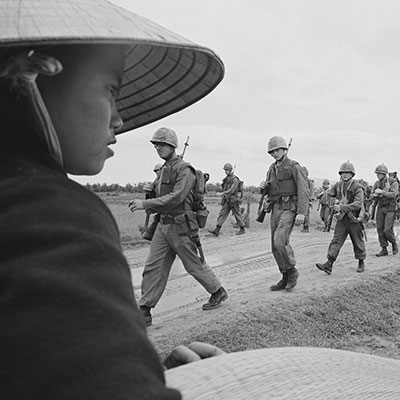 With South Vietnam in chaos, hardliners in Hanoi seize the initiative and send combat troops to the south, accelerating the insurgency. Fearing Saigon’s collapse, President Johnson escalates America’s military commitment, authorizing sustained bombing of the north and deploying ground troops in the south. 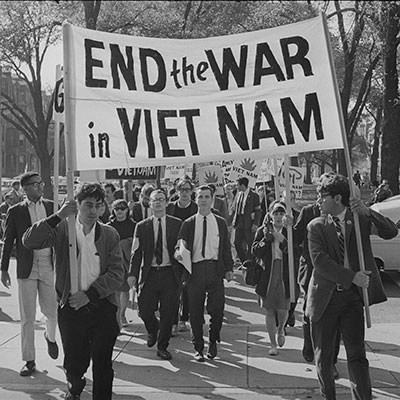 Defying American airpower, North Vietnamese troops and materiel stream down the Ho Chi Minh Trail into the south, while Saigon struggles to “pacify the countryside.” As an antiwar movement builds back home, hundreds of thousands of soldiers and Marines discover that the war they are being asked to fight in Vietnam is nothing like their fathers’ war. 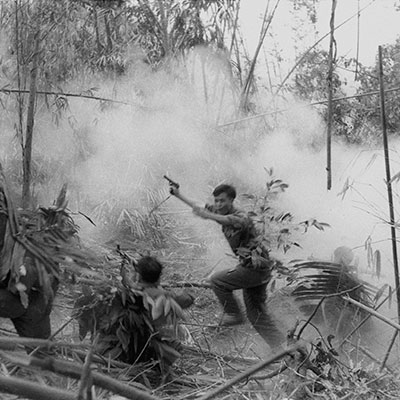 Episode Five — This Is What We Do

American casualties and enemy body counts mount as Marines face deadly North Vietnamese ambushes and artillery south of the DMZ and Army units chase an elusive enemy in the central highlands. Hanoi lays plans for a massive surprise offensive, and the Johnson Administration reassures the American public that victory is in sight. 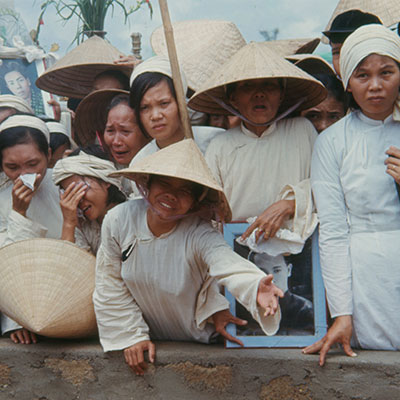 On the eve of the Tet holiday, North Vietnamese and Viet Cong forces launch surprise attacks on cities and military bases throughout the south, suffering devastating losses but casting grave doubt on Johnson’s promise that there is “light at the end of the tunnel.” The president decides not to run again and the country is staggered by assassinations and unrest. 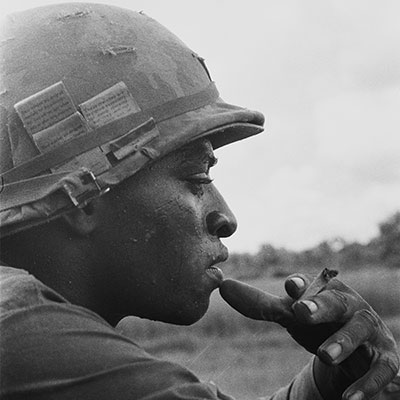 Episode Seven — The Veneer of Civilization

Public support for the war declines, and American men of draft age face difficult decisions and wrenching moral choices. After police battle with demonstrators in the streets of Chicago, Richard Nixon wins the presidency, promising law and order at home and peace overseas. In Vietnam, the war goes on and soldiers on all sides witness terrible savagery and unflinching courage. 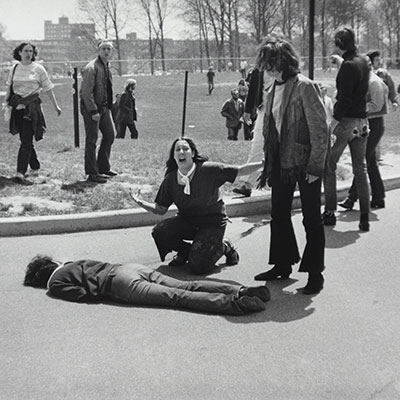 Episode Eight — The History of the World

With morale plummeting in Vietnam, President Nixon begins withdrawing American troops. As news breaks of an unthinkable massacre committed by American soldiers, the public debates the rectitude of the war, while an incursion into Cambodia reignites antiwar protests with tragic consequences. 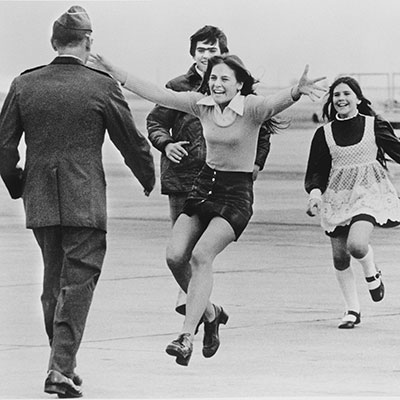 South Vietnamese forces fighting on their own in Laos suffer a terrible defeat. Massive U.S. airpower makes the difference in halting an unprecedented North Vietnamese offensive. After being re-elected in a landslide, Nixon announces Hanoi has agreed to a peace deal. American prisoners of war will finally come home — to a bitterly divided country. 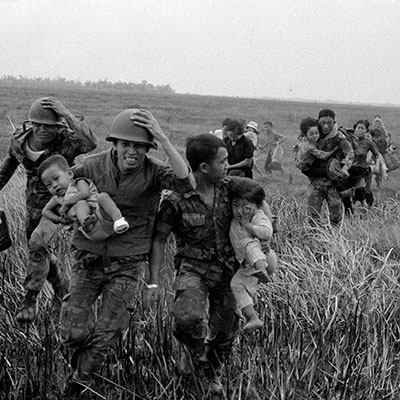 Episode Ten — The Weight of Memory

While the Watergate scandal rivets Americans’ attention and forces President Nixon to resign, the Vietnamese continue to savage one another in a brutal civil war. When hundreds of thousands of North Vietnamese troops pour into the south, Saigon descends rapidly into chaos and collapses. For the next 40 years, Americans and Vietnamese from all sides search for healing and reconciliation. 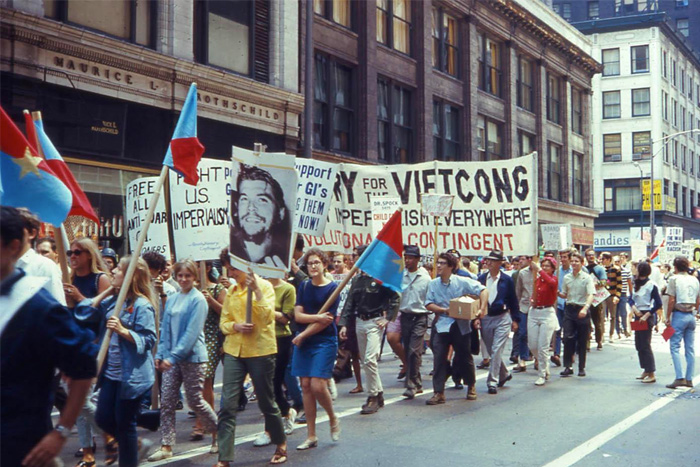 The Chicago Eight conspiracy trial pitted the counterculture of the late 1960s against the government and the establishment in an era-defining battle that featured everything from Allen Ginsberg engaging in a Hindu chant to the judge ordering a defendant to be bound and gagged. 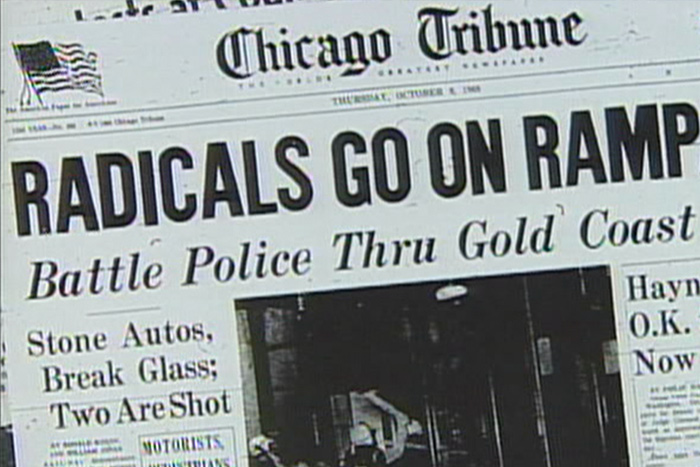 50 years ago, a radical chapter of Students for a Democratic Society tried to "bring the war home" in protest of America's continuing involvement in Vietnam by staging militant demonstrations in Chicago that they called the Days of Rage. 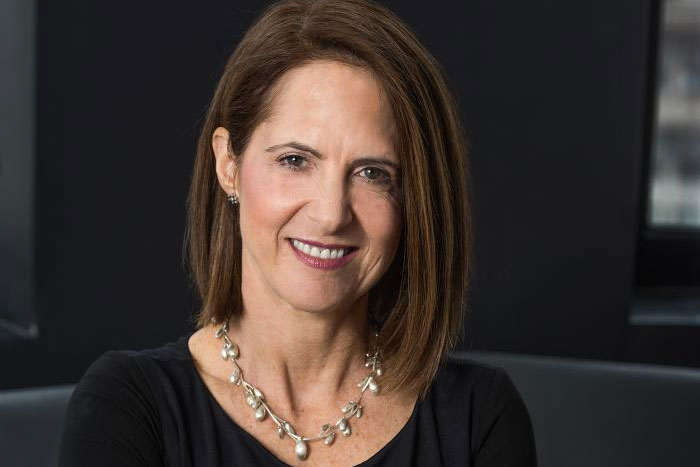 “The Vietnam War is the most important event in American history in the second half of the twentieth century,” Novick, who co-directed The Vietnam War, says. “It’s still working on us in ways that we don’t understand.” 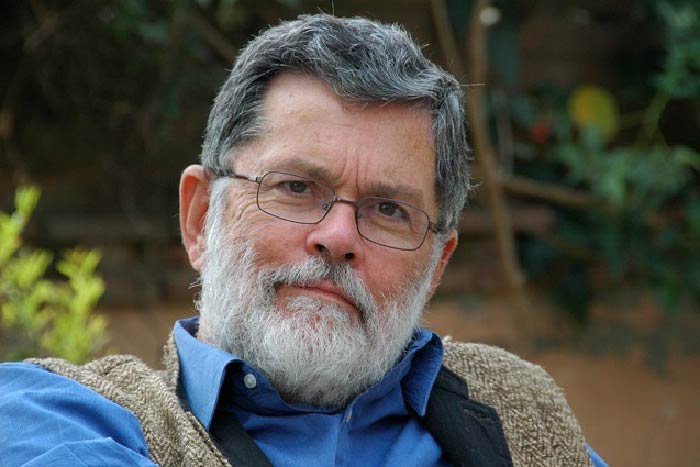 Geoffrey C. Ward has written scripts for Ken Burns for the past thirty years, and his incredible life uniquely fits him for the job. He survived polio, hunted tigers in India as a teenager, and has an ancestor who bankrupted Ulysses S. Grant. 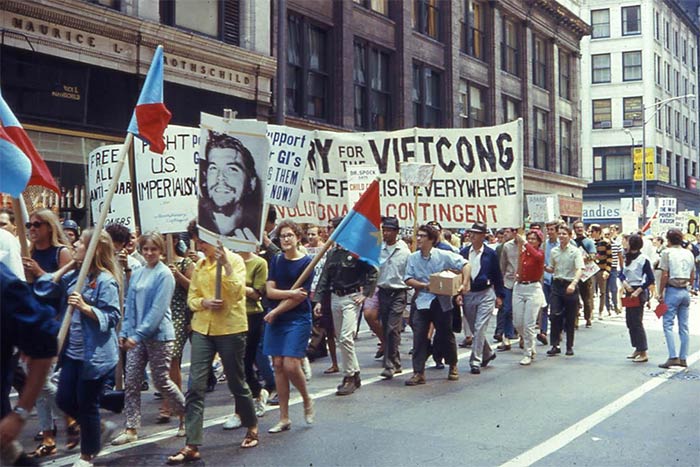 The Last Time the Democratic Party Was Torn Apart

The Democratic National Convention of August, 1968, held in Chicago, was a defining moment of the Vietnam era and a watershed in American politics. What actually happened during that devastating event that pitted police against protesters and ripped apart the Democratic Party? 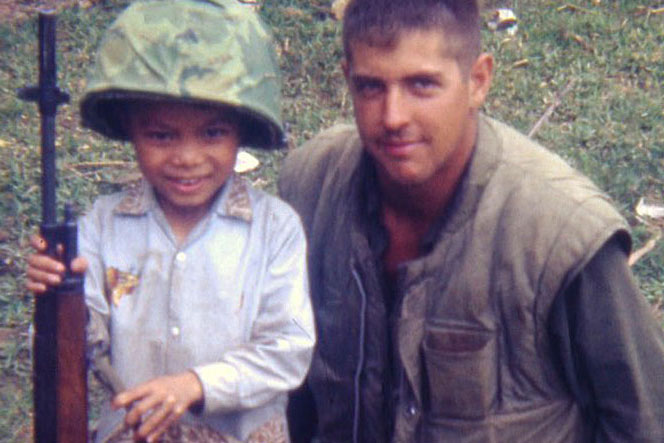 While serving in Vietnam, Marine Phil Seymour promised a watch to a Vietnamese boy who lived near his base. Forty years later, he finally delivered, reigniting a lost friendship and profoundly changing the lives of both men and their families. 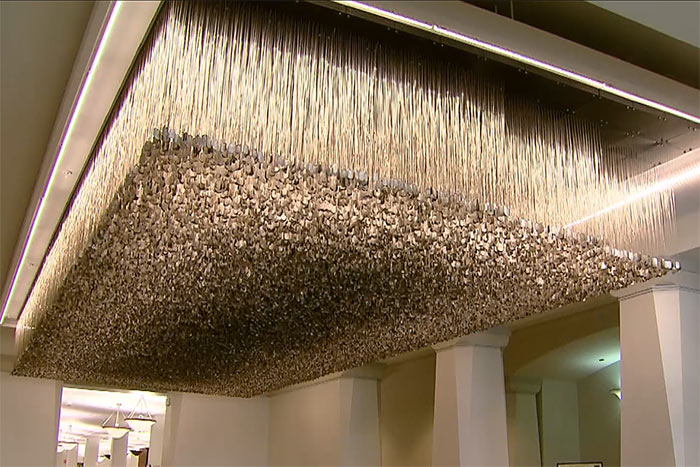 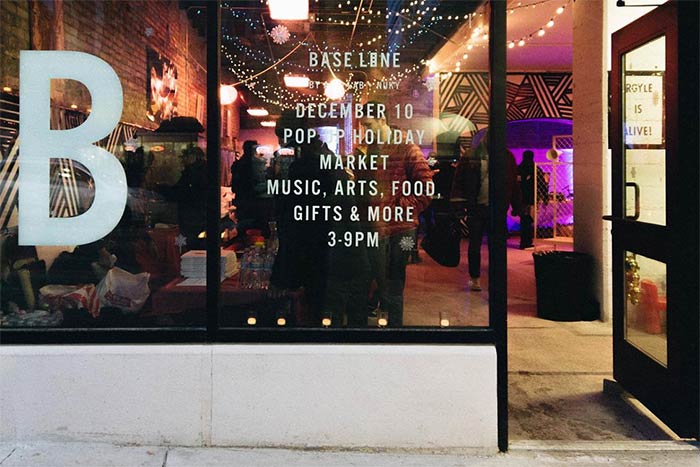 Axis Lab seeks to preserve the culture and history of the Vietnamese community centered on Argyle Street in Uptown, as well as support the local businesses, through innovative artistic means. "It's up to us to continue our parents' work," says the executive director.

Studs Terkel: A veteran on protesting

Studs Terkel: A Vietnamese Buddhist monk on the war