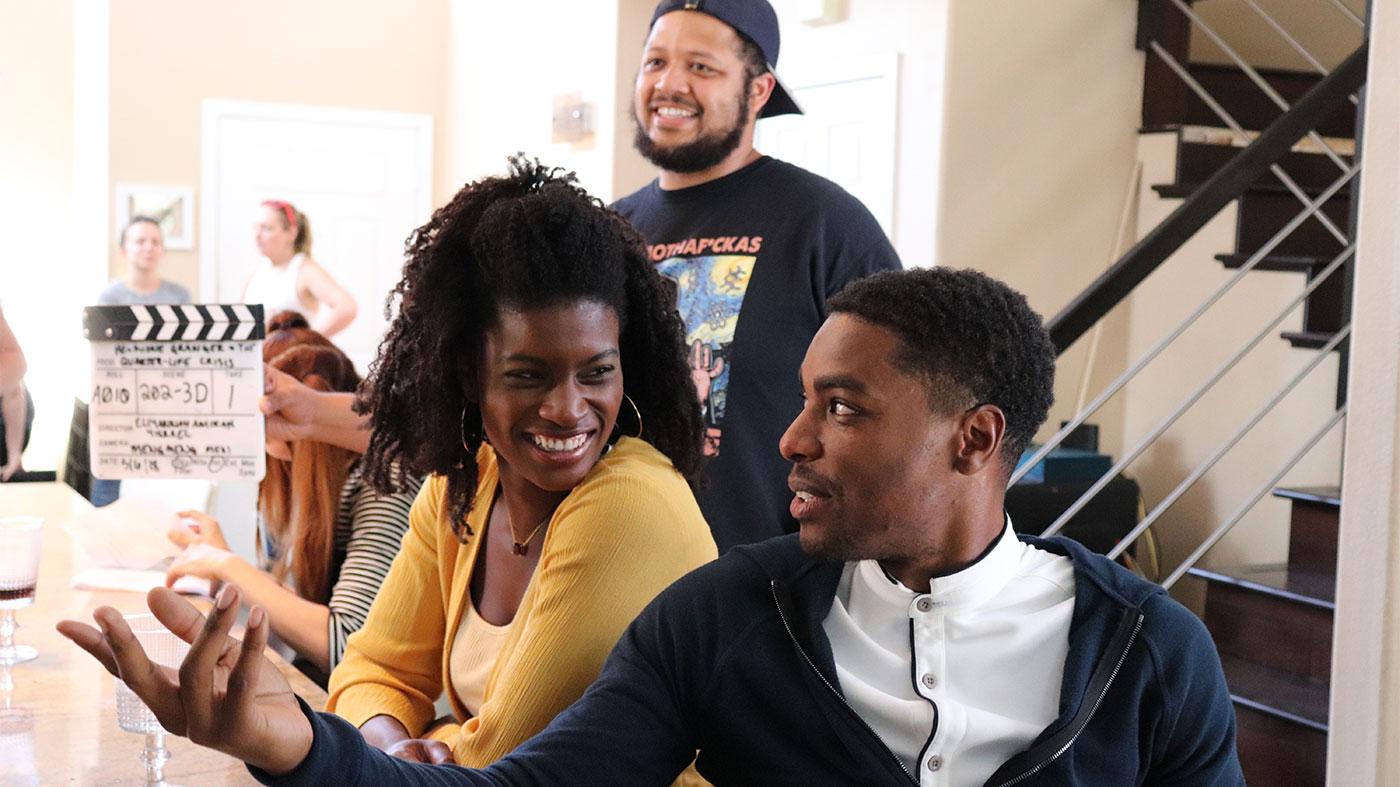 In her web series "Hermione Granger and the Quarter Life Crisis," Eliyannah Amirah Yisrael imagines the life of the Harry Potter character in her mid-twenties.

The Great American Read returns to WTTW this fall. Explore the list, vote for your favorites, and find more book-related quizzes, lists, and interviews at wttw.com/read.

Chicago native Eliyannah Amirah Yisrael, the creator of the web series Hermione Granger and the Quarter Life Crisis, had never heard of the Harry Potter books until she was in college. One of her younger brother’s classmates was reading the most recent volume of the popular series, Harry Potter and the Prisoner of Azkaban, and her brother wanted to read it too. Yisrael’s mom wanted to check that the book was suitable for her son’s age before he dove in, but didn’t have the time to read it herself. So she passed it off to Eliyannah.

“I brought it to school one morning and sat down in the cafeteria at seven AM, thinking I’d start it and read a few pages before class. I ended up reading until the cafeteria closed and skipping my classes, and then I went to an overnight café and kept reading until seven the next morning, when I finished it.” And a die-hard fan was born. 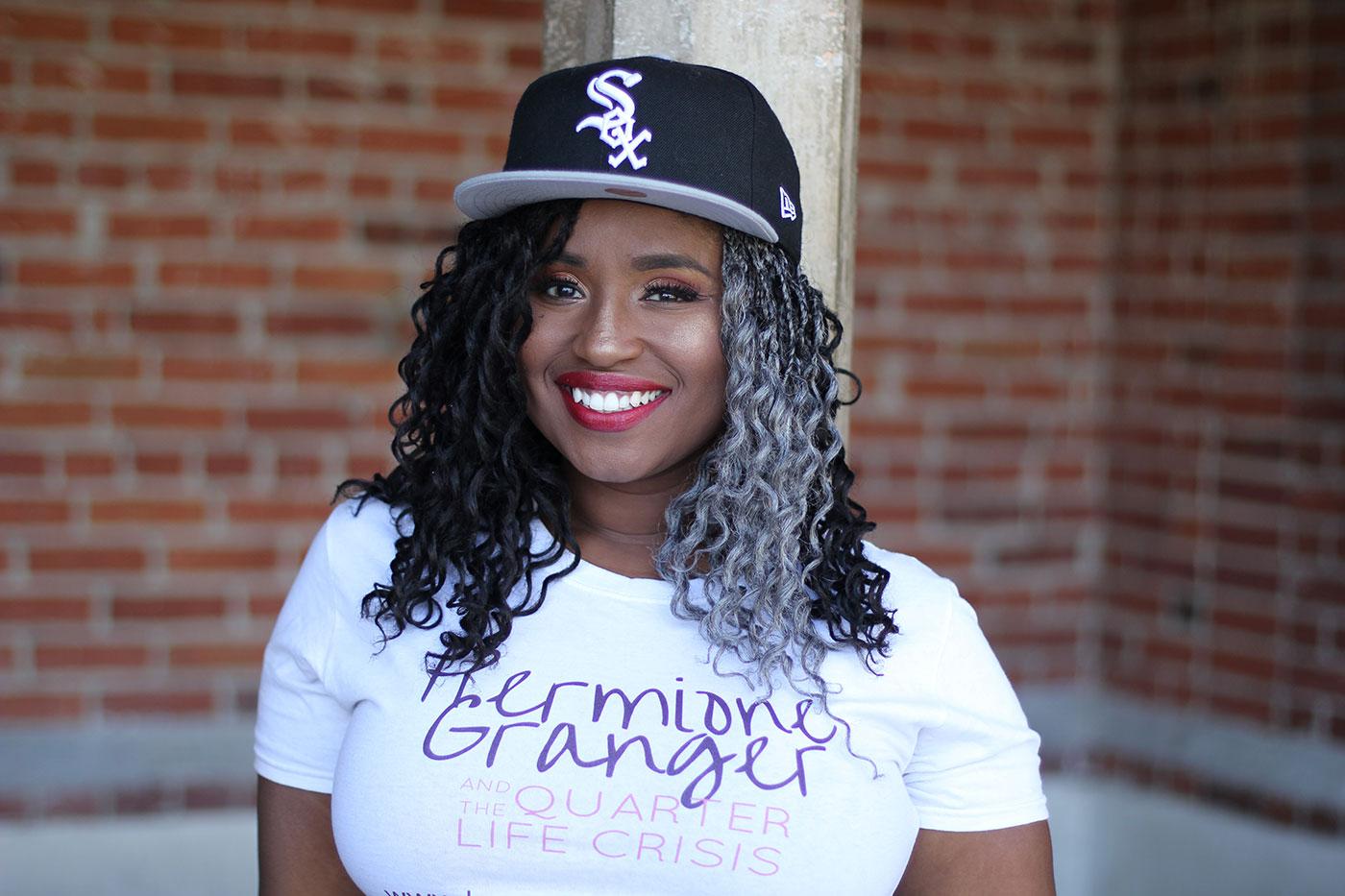 Yisrael didn't discover the Harry Potter books until college, despite being an avid reader.

Years later, after completing her annual read-through of all seven of the books, she still wasn’t ready to leave the wizarding world. Her sister suggested that she continue her involvement in the Harry Potter universe by reading fan fiction, stories written by ardent fans that extend the lives and world of beloved book, TV, film, and video game characters past the original canon; they’re like sequels or rewrites made just for, and by, the fans.

“I started reading fan-fic online and ended up staying up all night,” Yisrael recalls. (As you might have noticed, she’s the kind of person who thoroughly immerses herself in her passions; unintentionally staying up all night seems to be a theme.) “There were so many possibilities, so many different authors, so many stories! For the next two years, I basically only read fan-fic.”

But the stories she read didn’t center on Harry. Instead, they always featured Hermione as the protagonist. “I always identify with the headstrong, intelligent female characters in books,” she says, such as the main characters in her two favorite novels besides Harry Potter: Jo March in Little Women and Elizabeth Bennet in Pride and Prejudice. “Those are my girls!” 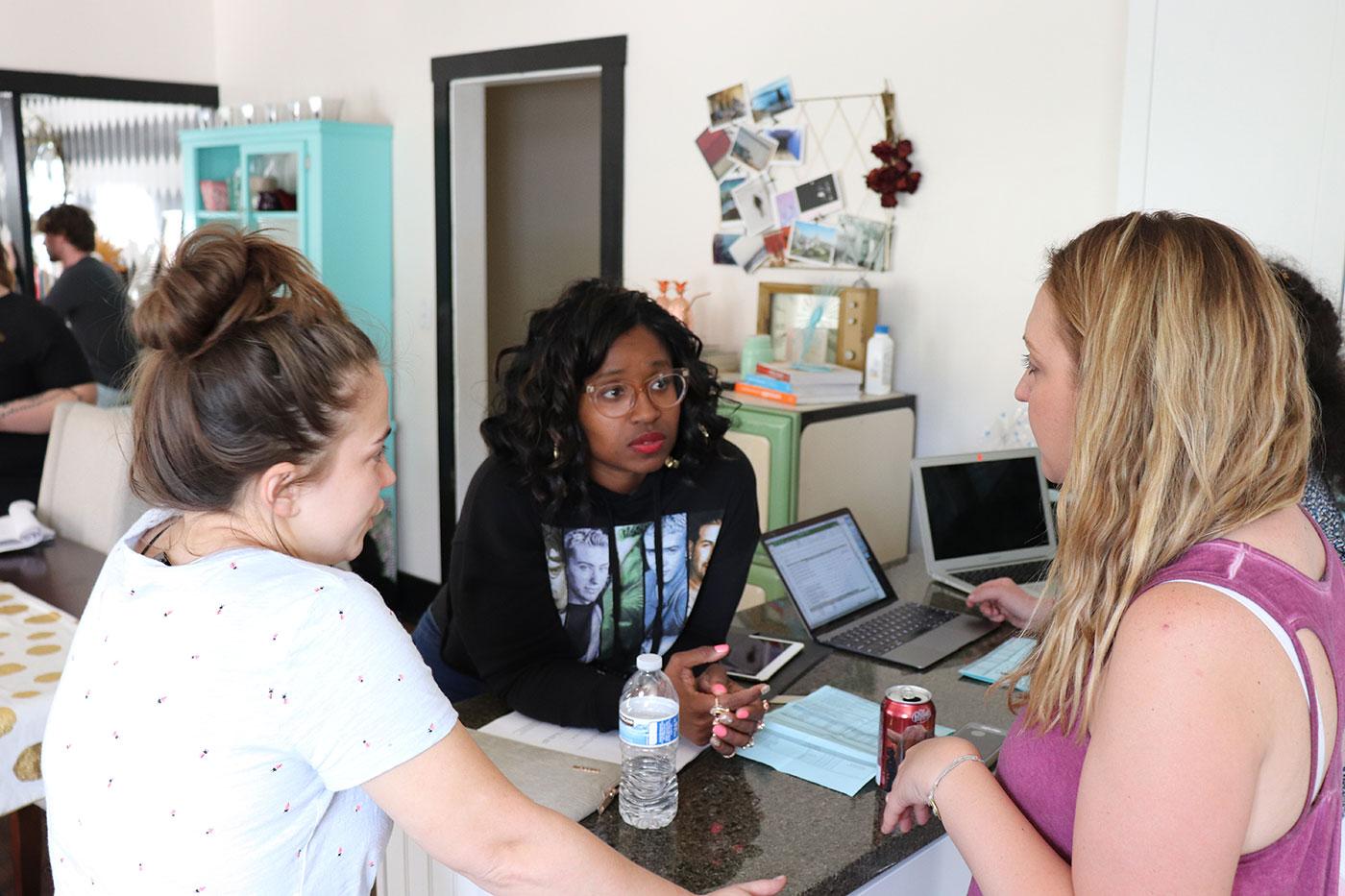 Yisrael always identified with the headstrong, intelligent female protagonists of her favorite books, like Jo March, Elizabeth Bennet, and Hermione.

Yisrael has been a voracious reader since she was in kindergarten, when she surprised both her teacher and her mother with her ability. “My mom didn’t even know that I knew how to read, and only found out because my teacher left a book open and I picked it up and started to read it,” she says. “My parents started their own school that was in our home when I was little, so I must have learned how to read just from being there.”

She started going to the Bessie Coleman Branch of the Chicago Public Library, at 63rd St. and Cottage Grove Ave., with her parents, and then, as an older girl, the now-defunct Wendell Smith Branch. In high school and college she graduated to the larger Carter Woodson Regional Library and Harold Washington main branch.

But as a young black girl, she wasn’t finding characters who looked like her in the books she loved. “I always had to see myself in people who didn’t look like me physically, to relate to the inside instead of the outside” – hence the identification with stubborn, curious women. Reading as a young woman of color forced her to develop empathy, so that she could look past appearances and find similarities with characters who were superficially different from her. She vividly remembers the first book she read where the protagonist finally looked like her: Roll of Thunder, Hear My Cry, by Mildred D. Taylor, which she read when she was 10 years old. There was even a black girl on the cover. 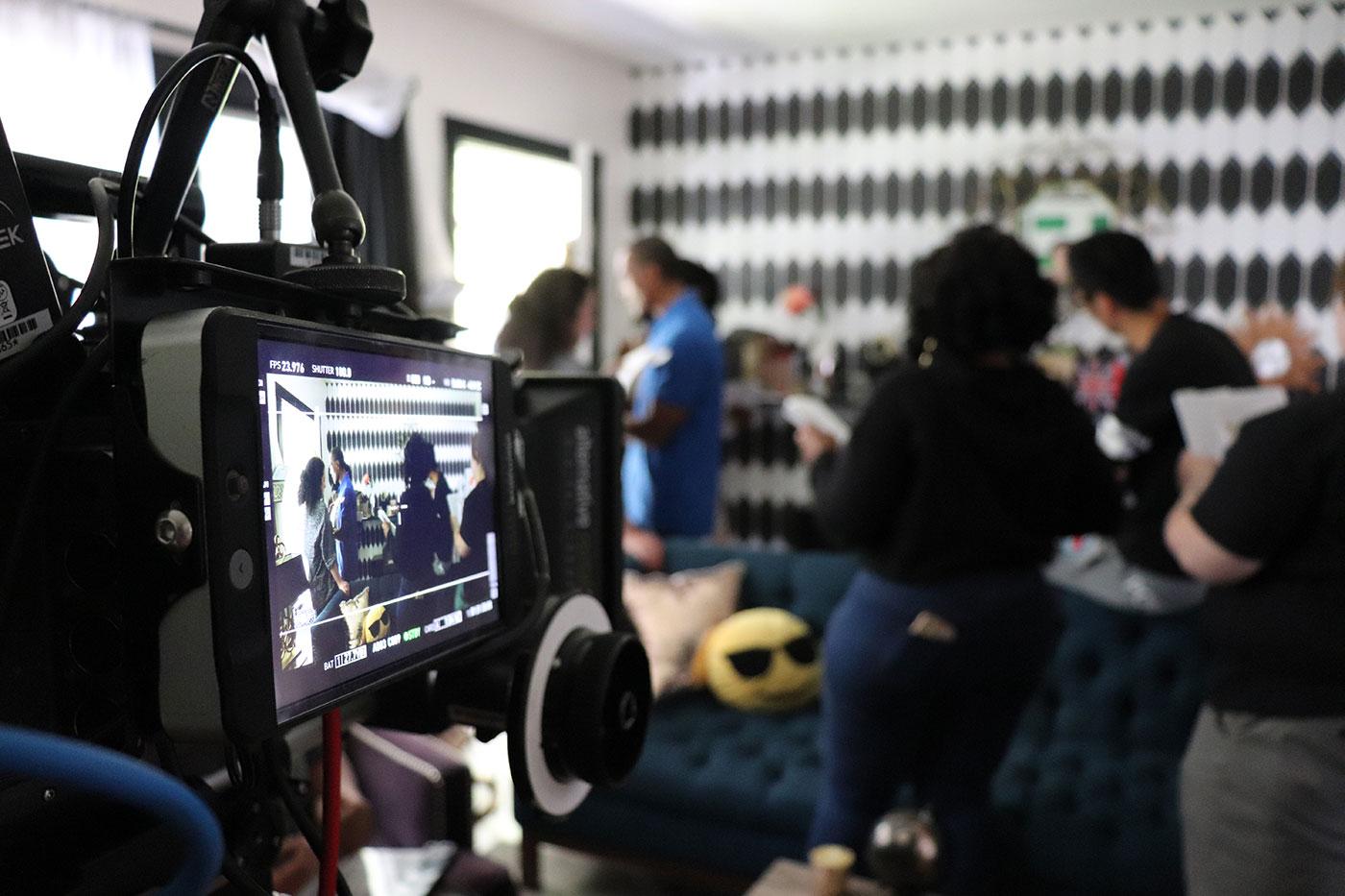 Fan fiction offered Yisrael a new way to inhabit the worlds of the books she loved.

Fan fiction offered a welcoming and radical new way to find herself in characters, as in “race bent” versions of Hermione, where she is black. (J.K. Rowling never specified Hermione’s race, and endorsed the casting of a black actor, Noma Dumezweni, to play Hermione in the stage work Harry Potter and the Cursed Child.) In Yisrael’s web series Hermione Granger and the Quarter Life Crisis, Hermione is a black woman who, feeling adrift and directionless at 25, abruptly leaves her job in England and her husband Ron (yes, Weasley) to live with her friend Parvati Patil in Los Angeles, where she also grows close with her American, non-magical cousin, LaQuita Granger.

Yisrael based her Hermione on herself and her own experiences during her mid-twenties, projecting her identification with the character beyond the bounds of the Harry Potter books. “I always thought Hermione was too self-aware to never have some sort of crisis about where she was in life,” Yisrael says. “Talented people all have to deal with the same things as us: they might have trouble finding a job, too, or knowing what they want.” 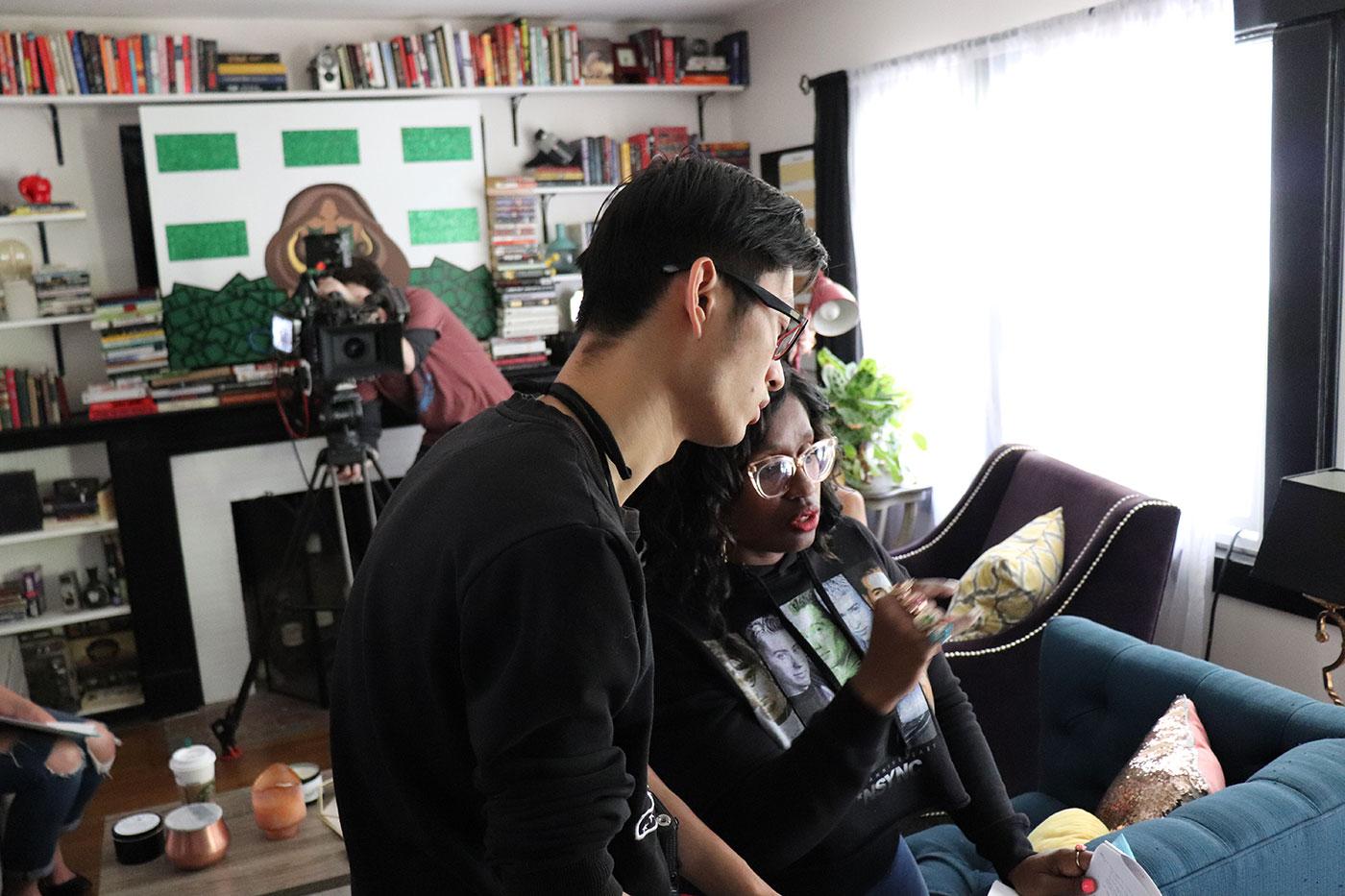 Yisrael liked the idea of showing a talented character encountering normal difficulties, such as finding a job and figuring out what she wants to do with her life.

The first season of The Quarter Life Crisis came out last year, and the second season premiered earlier this month, with six more episodes coming every three weeks on Wednesdays. The final two episodes of the season come out on Hermione’s birthday, September 19. (The fact that Yisrael knows Hermione’s birthday off the top of her head is just one bit of proof of her fandom.)

With the series, Yisrael has taken her love of reading, and the empathy she learned from it, and applied it to the real world, giving other young women of color the chance to identify with Hermione both on the inside and the outside, a character who both looks and feels like them. She’s managed to make a career out of her passion for books – all those nights of reading have paid off.

Eliyannah Amirah Yisrael appears in the premiere episode of The Great American Read, discussing her love of the Harry Potter books. You can watch the episode here. 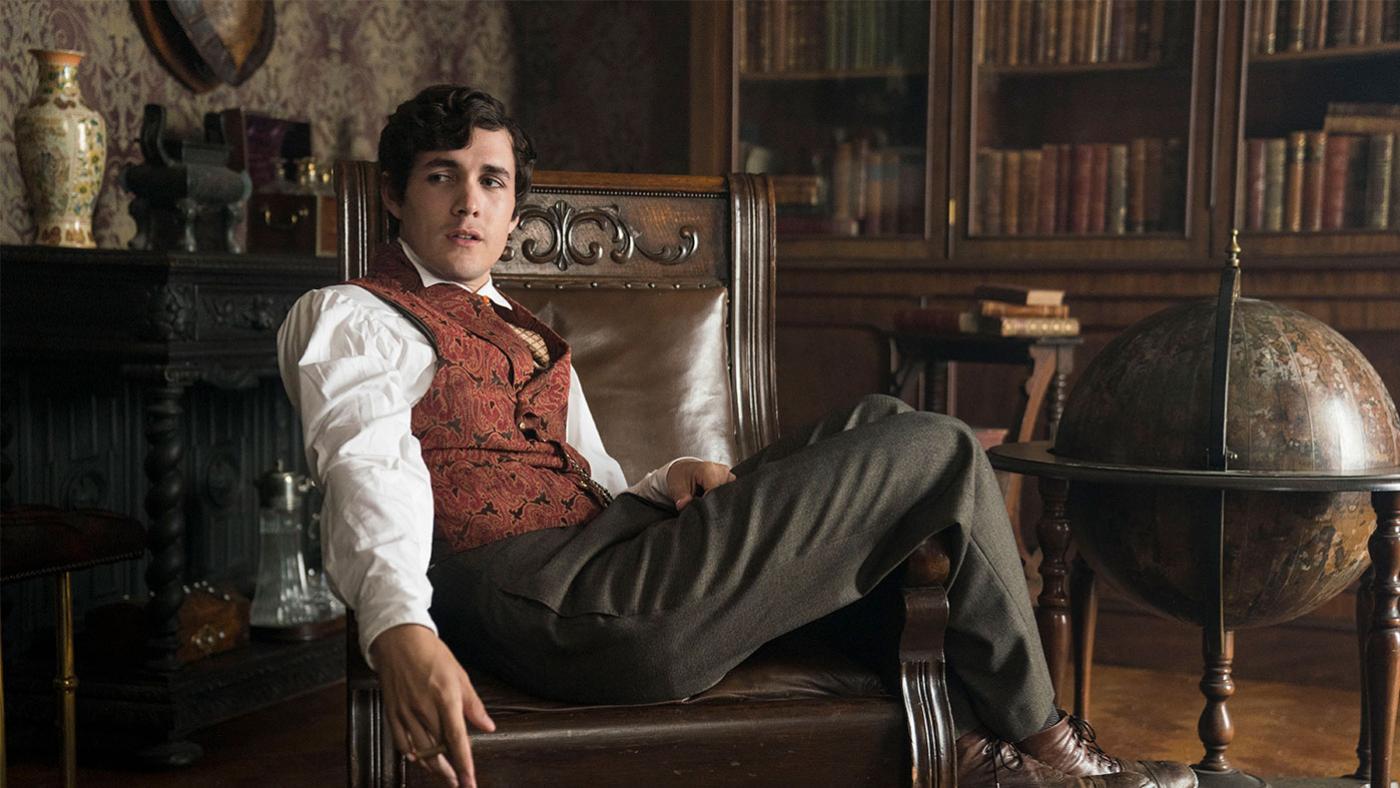