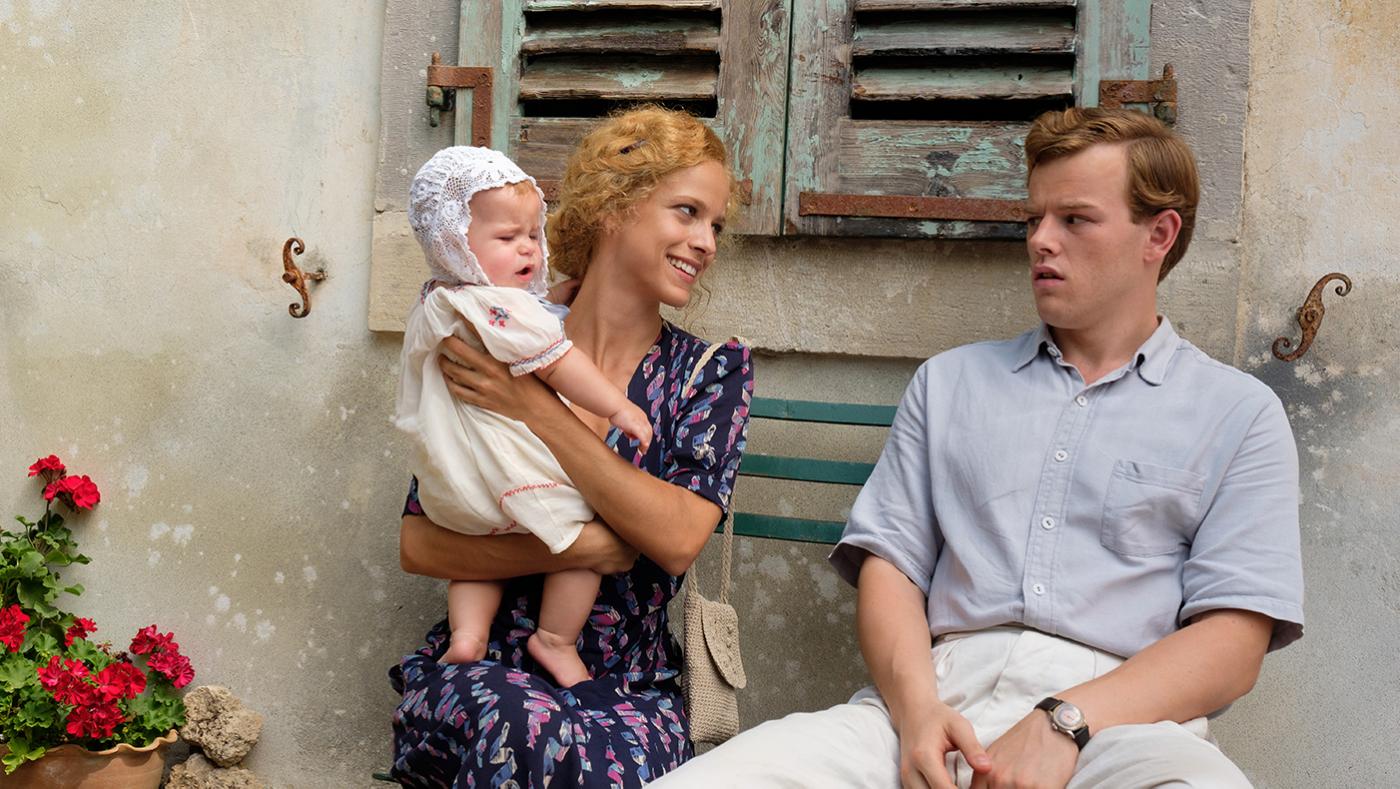 Seeing Daphne with her baby makes Leslie want to start a family of his own. Photo: Sid Gentle Films 2019

The newest guest at the Durrells is much less amenable than their previous, the fleeing revolutionary Lazarus Vangelatos. Whereas Lazarus rued shooting someone in a lovesick, political fervor, the over-the-top Colonel Ribbindane is eager to shoot again. Having fought the Germans and Turks in World War I, he now totes around a case of rifles, and wants to go hunting while staying in Corfu.

The colonel’s desire to hunt infuriates Gerry, who calls him an idiot for wanting to kill animals. You would think his penchant for guns would endear him to Leslie, but Leslie is still pining after Daphne: having seen her with her baby, he wants to have his own family. When the colonel offers to pay Leslie well to organize a hunt of wild boar, however, Leslie becomes interested – the money will demonstrate that he could be a responsible man of the house.

Margo, for once, has no interest in the guest – because she’s not at home. Feeling that Louisa babies her, she has decamped to a “secret” location to live on her own for a while. With Luga at home resting her bad back, Louisa is left alone in a house full of men. Worse, one of those men is pining after her. Basil confides his love of Louisa to Gerry and asks for tips in wooing her. “You haven’t a hope in hell,” responds Gerry.

Gerry is not a good confidant; in fact, no one in the house is, now that Larry has moved out. Leslie offers to listen to Louisa’s problems, but his advice is useless. He is determined to demonstrate his newfound maturity and sensitivity, however, and tells Daphne he will babysit for her after she admits that raising the child is difficult, especially since her husband is unreliable.

Basil also tries to show domestic support by helping Louisa with various chores such as the dishes and darning – which leaves him with bloody thumbs. He also asks Louisa what her favorite things are and happily takes note of her answers.

While Louisa deals with her oddball guests, Theo must cope with his own disruptive visitor. Gerry stops by and notes various articles of women’s clothing in Theo’s home, thinking Theo has a girlfriend – until he realizes it’s Margo’s stuff. She has taken refuge with Theo and is offending his sense of orderliness by moving his furniture around – but he can solve that, by nailing it to the ground. Theo wants her to tell Louisa where she is, but she refuses. She’s developing her salon skills, trying out curling irons and amazingly earning one woman’s trust to do her hair.

Leslie is trying to learn his own new skill: leading a hunt. Daphne’s father has told him about a plat of land where boar can be found and offers to let him use it in exchange for payment – he owns the license to hunt there. Leslie readily acquiesces – and later learns from Spyros that there are no boar there, nor does Daphne’s father have the license. He has been conned. 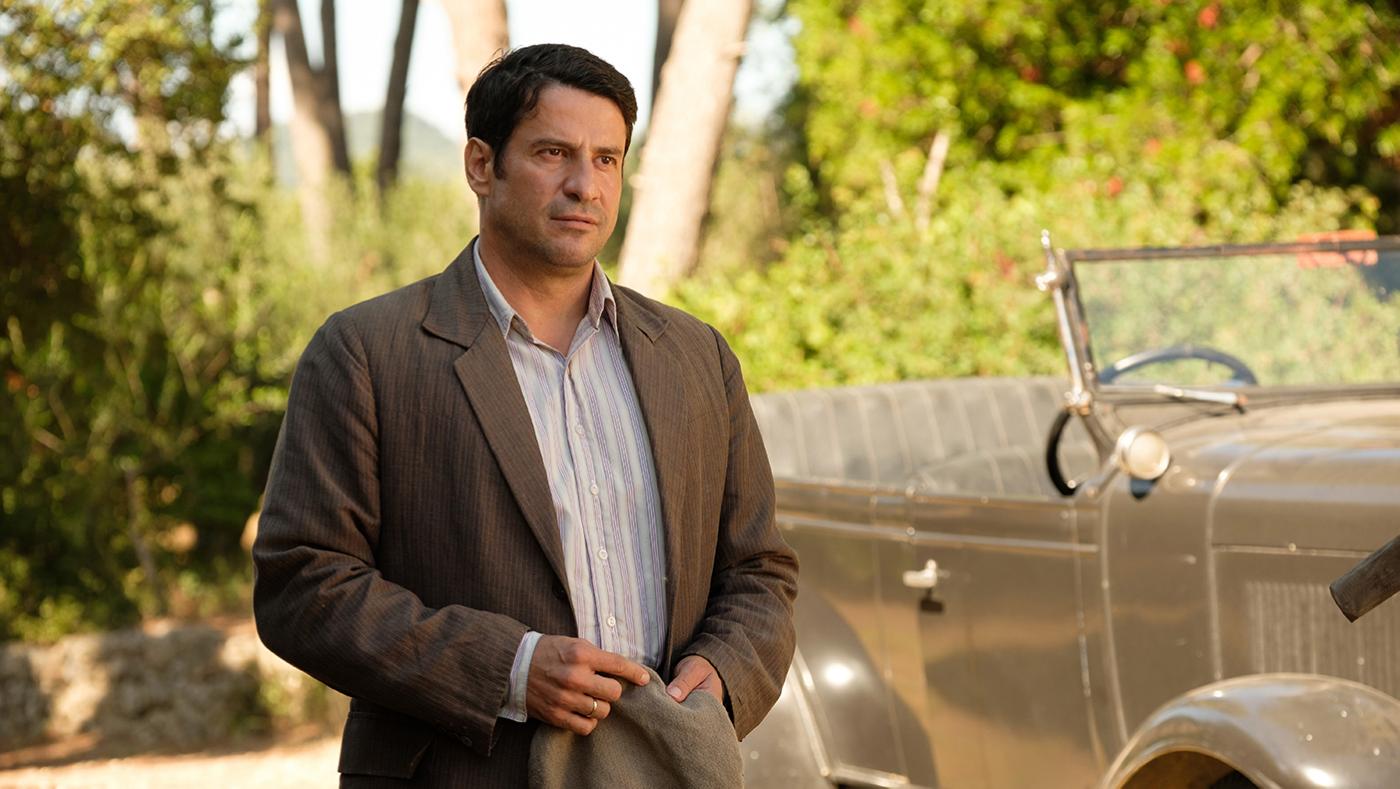 Spyros and Louisa are struggling to resume a normal relationship, and he is jealous of all the men living at her guesthouse. Photo: Sid Gentle Films 2019

So he turns around and decides to con the colonel. Unfortunately, Daphne chooses the day of the hunt to ask Leslie to babysit. While watching over Daphne’s infant, Leslie asks Basil to hide in a tree and make boar noises, offering him advice on how to impress Louisa in return.

Basil accepts, but first must surprise Louisa with a gift: a small wooden bridge that he has erected in the yard, over nothing. Louisa is confused. She said she liked bridge, the card game, not bridges. Oh well. Off Basil goes to the hunting ground.

Also lurking there are Gerry and his friend Galini, ready to disrupt the hunt and prevent any slaughter of boars. But Leslie is delaying the hunt, waiting for Louisa to take over babysitting. Except she has learned in a letter from Larry where Margo is, and is off to confront her. Looks like the hunt is off.

But no, Leslie is resourceful (or dumb). He straps Daphne’s baby to his chest and marches off into the wilds with the colonel, who mutters about how Leslie isn’t red-blooded (read: manly) enough for this. The infant cries at the gunshot, so Leslie stuffs moss in her ears. Later, he has to change her diaper.

The hunt is going as well as could be expected until Gerry and Galini emerge from the trees banging gongs and the colonel shoots, hitting a gong. Leslie admits there are no boar, Basil falls out of his tree, and Gerry unwisely taunts the colonel, who experiences a flashback to his war days and nearly shoots Gerry. He is only saved by Leslie, who tackles the colonel. At the very least, Leslie gets to keep his payment, having saved the colonel in a traumatic moment from murdering someone.

When all these foolish men return to the house, Louisa snaps at them as they bicker amongst themselves. She’s just come back from Theo’s, where Margo told her that she has decided to return to England in order to train in a salon; she feels she needs to do something brave. Another child is leaving Louisa.

She has also lost Spyros, who has been jealous of her interactions with Basil and the colonel. She has finally told him that he can’t keep his wife and also have Louisa waiting. It seems they will never be able to be normal friends again.

Basil confesses his love to Louisa, and she easily refuses him. When he offers to leave Corfu, she tells him to stay and relax – something made easier by the return of the attractive young dancers, who immediately go skinny-dipping. Louisa, tired of all the men, has a wine-fueled ladies’ dinner with the dancers and other women from the island.

The colonel departs, leaving his guns for Leslie – he needs a different hobby. Leslie may once again be interested in guns, after all: having taken care of an infant for a day, he’s no longer so keen on having his own family. 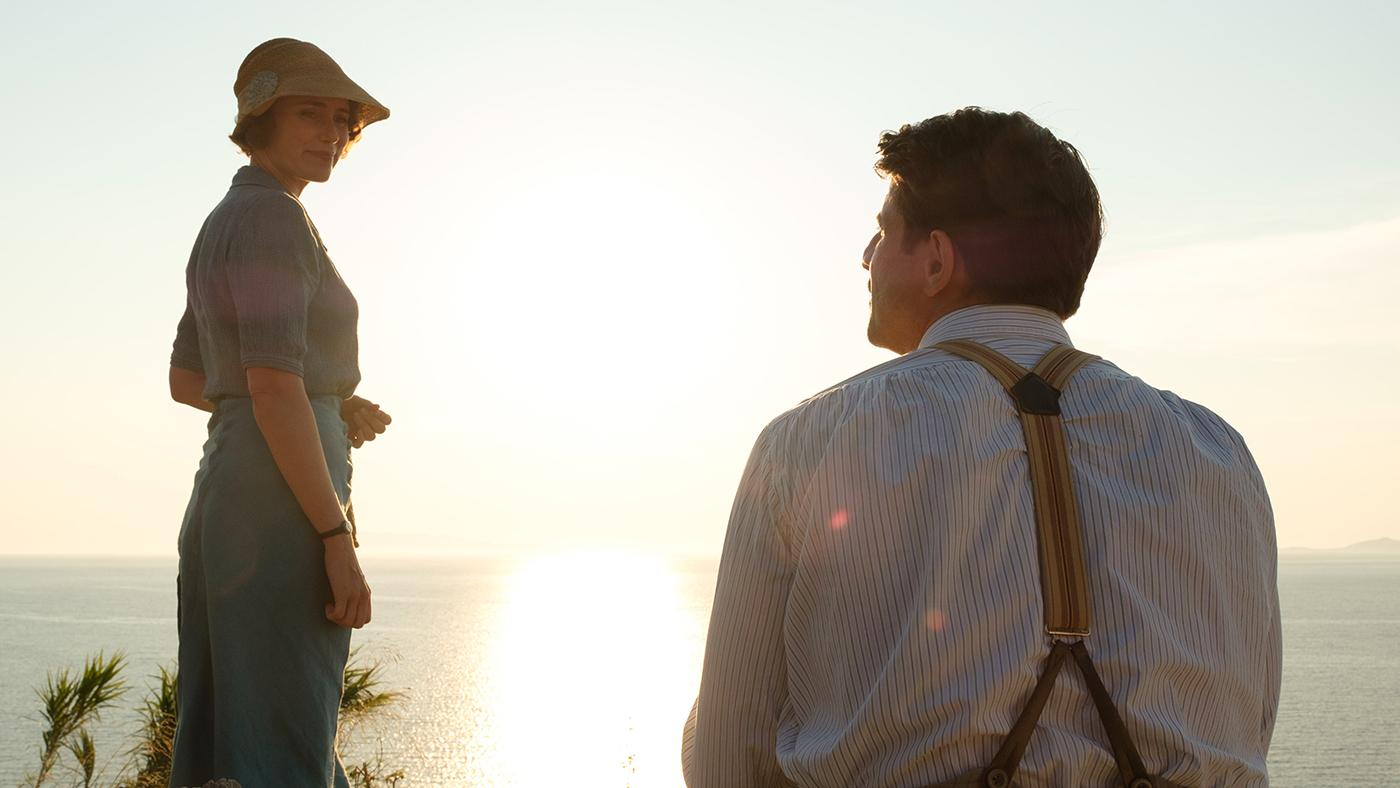 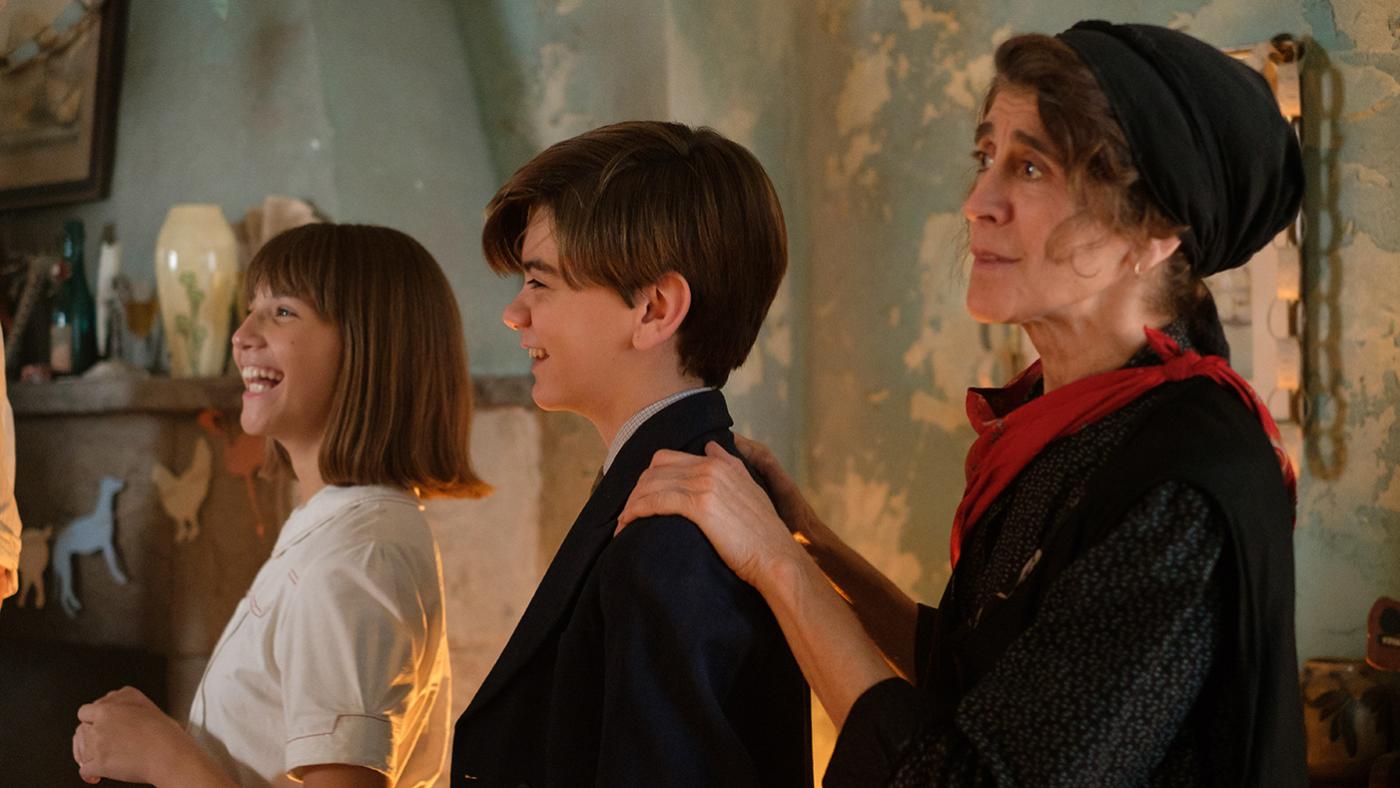 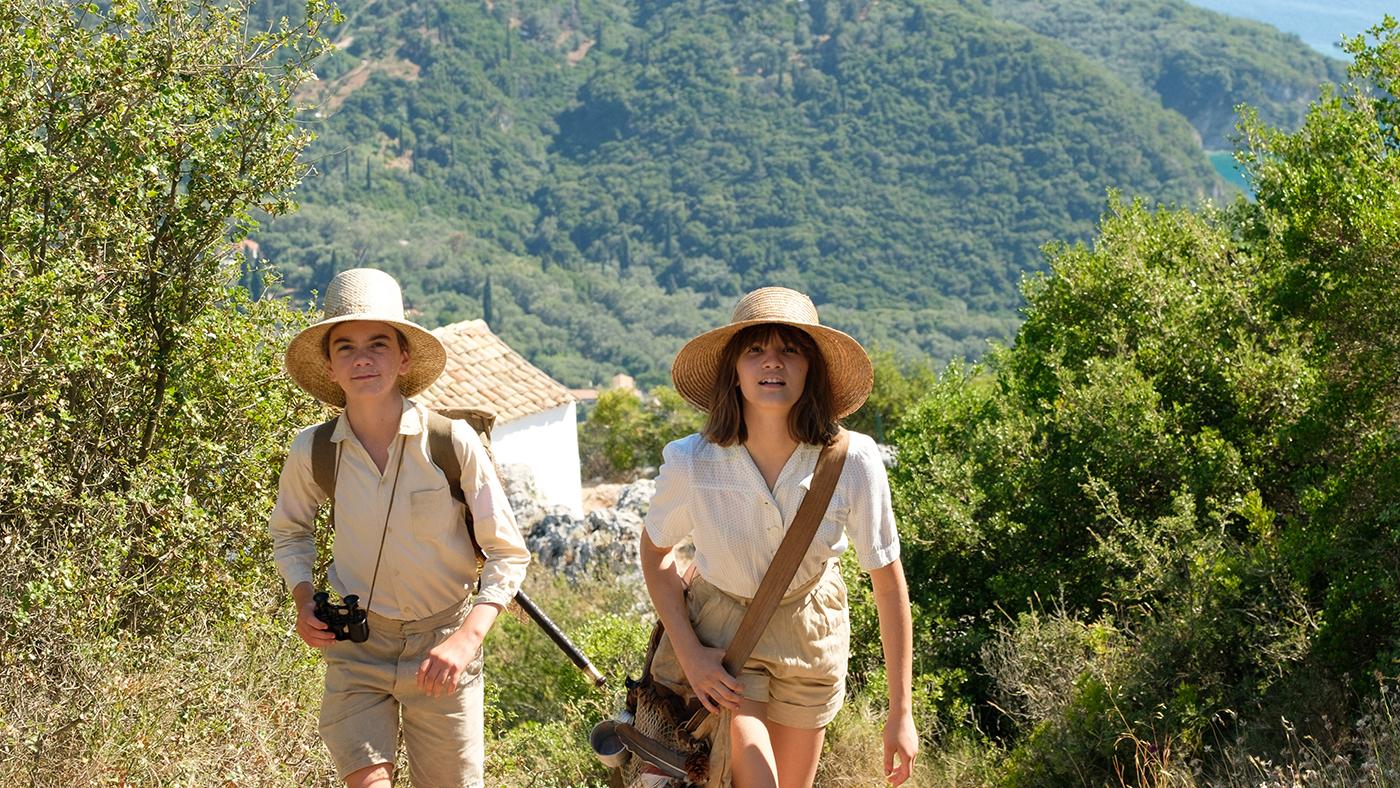 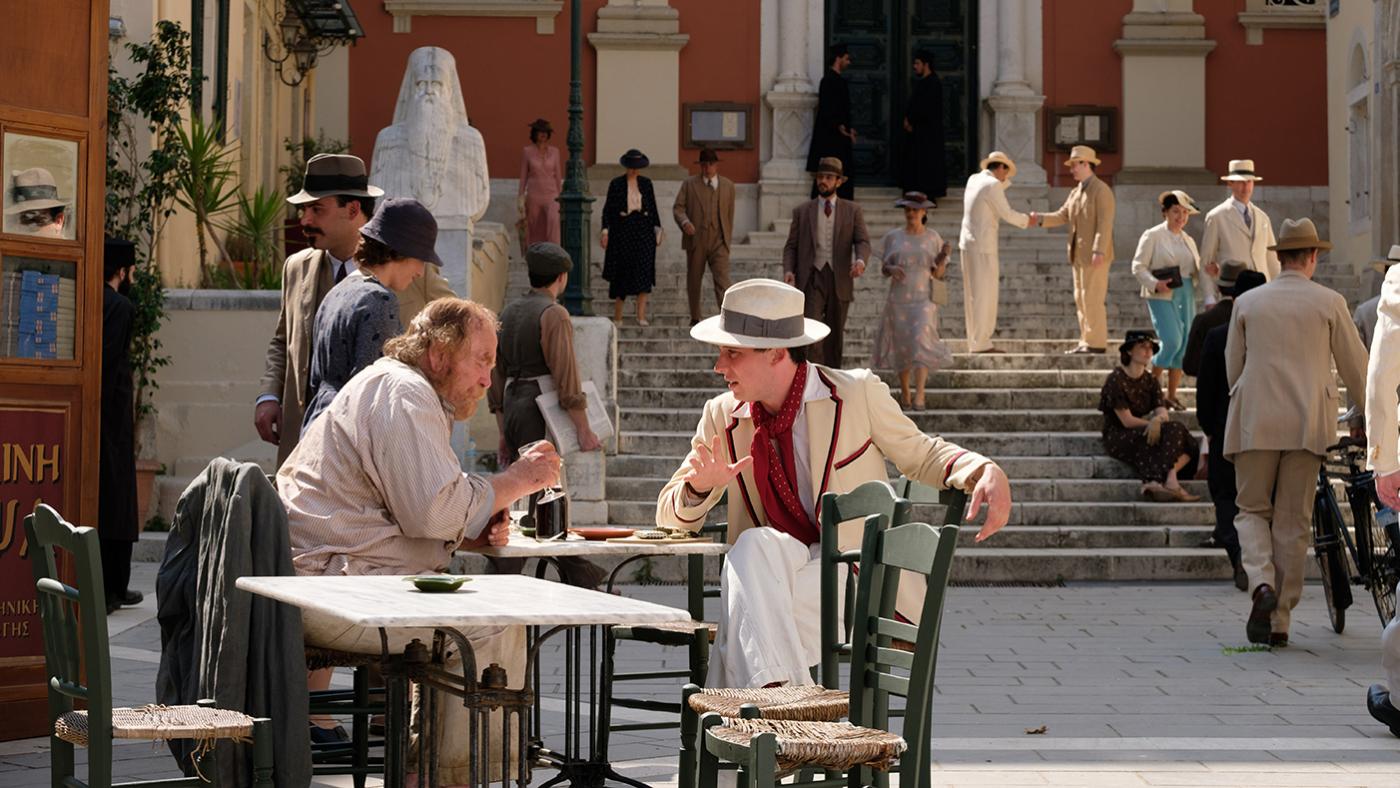 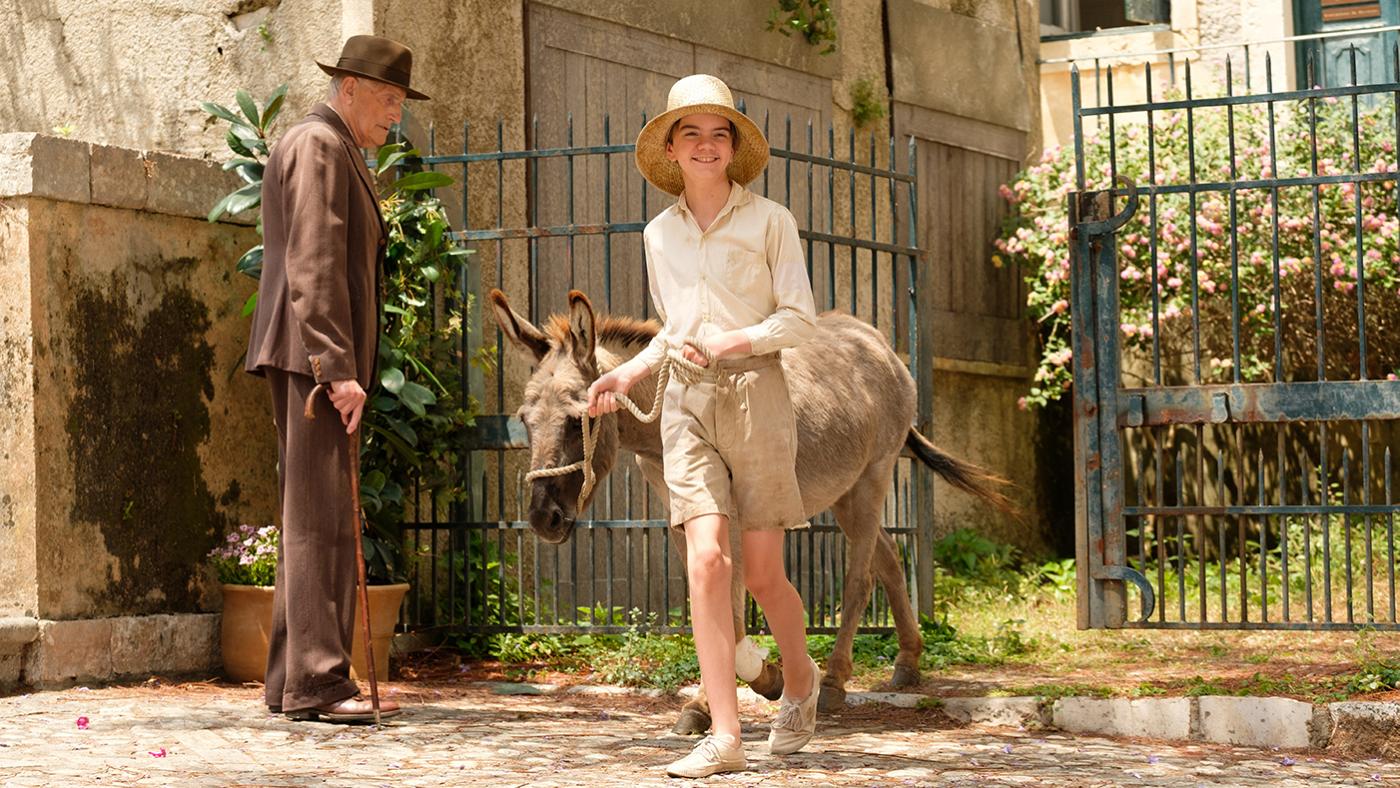 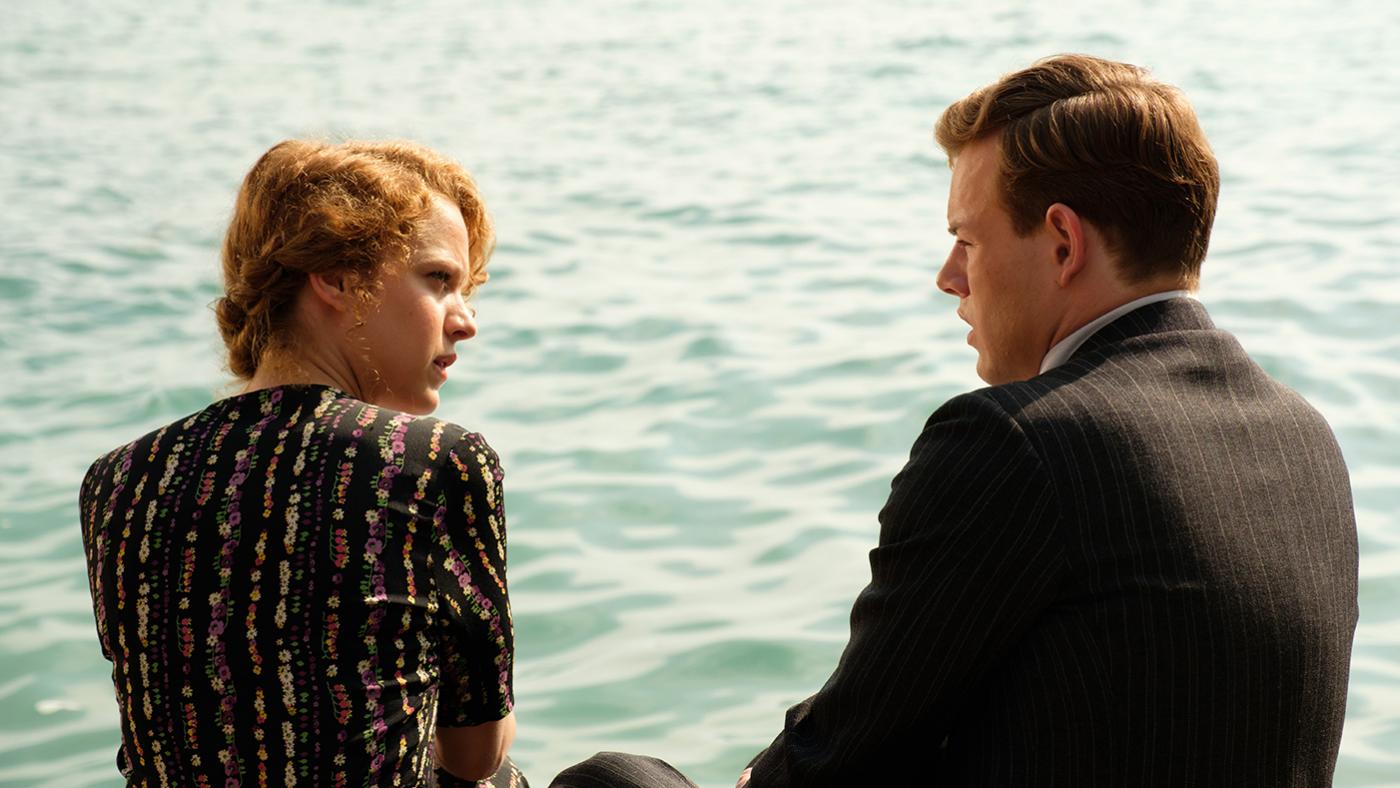