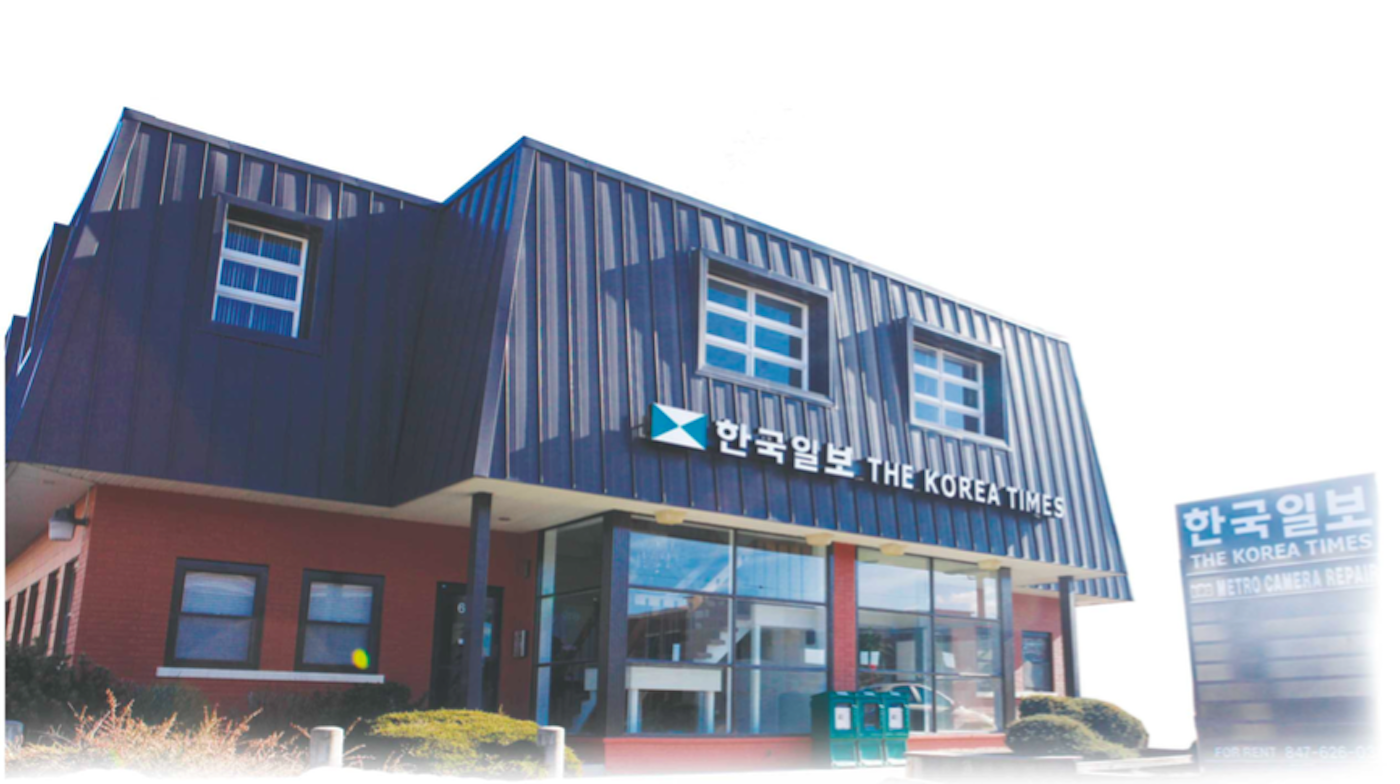 Imagine, during this pandemic, being in a country or region or city where the dominant language in which public health directives are communicated is not your first language, or even one you speak, beyond basic phrases. How would you keep up with changing guidance on keeping healthy, or stay-at-home orders, or how severe the outbreak was in your region?

This is why community newspapers like The Korea Times Chicago exist. Written in Korean, the newspaper in both its print and digital form is a trusted source of information for the Korean community not only in Chicagoland—a community that numbered around 61,000 in 2015, according to the Pew Research Center—but also throughout the Midwest, covering twenty-three states.

“We’re doing our best to provide live updates with news of COVID so that readers can get current information on safety measures, because much of the Korean community is secluded because of the language barrier,” says Yong Lee, the marketing manager for The Korea Times Chicago. “They don’t have many sources of information that they can get here in the states.”

The Korea Times Chicago provides more than just information; they have also been distributing masks donated by various organizations, according to Lee. They held a fundraiser early in the pandemic to help a hard-hit area of South Korea, sending over ten thousand dollars to the county of Uiseong. And they act as a social service, helping the many people who call with questions about stimulus checks, government updates, or any other issue—Lee compares them to 411.

Even in normal times, the Korea Times’ staff of thirteen provides such services. “We’d like to think that we are the glue that holds the community together,” says Lee. “We want to connect individual communities of the Midwest together so that we have a stronger voice and can better help them.”

“Community newspapers are incredibly important in keeping community bonds strong even as people spread out,” says Taylor Moore, a freelance journalist and the secretary-treasurer of the Chicago chapter of the Asian American Journalists Association. “In general, with the generational decline in community clubs, extracurriculars, religion, and other organizations, there are not many things keeping communities together any more, beyond small businesses.”

The Korea Times Chicago was established in 1971 “to fill the news void that existed in the Midwest,” Lee says. “At the time, there was no other way for Koreans [in Chicago] to get Korean news.” Back then, Chicagoland’s Korean community was centered around Wrigleyville; it would soon shift to Albany Park, revitalizing the area, before slowly moving to the northwestern suburbs. The Korea Times is now headquartered in Glenview.

Now independently owned and operated, the paper nonetheless still does business as the Korea Times, a paper headquartered in Seoul in Korea and Los Angeles in the United States. The print copy is published six days a week for paid subscribers, while the digital version is free. Korea Times Chicago covers Korean cultural events within the Midwest, publishes stories about current events on the local and national level, informs about issues such as elections, the census, and immigration, and brings news from Korea about current events, sports, and entertainment.

“Newspapers like The Korea Times Chicago become an important lifeline to people’s home countries,” says Moore. “They allow people to read about national and local news in their language, but also from the perspective of people in Korea or Korean Americans.”

“Anyone can report on a community and do it well, with the needed level of research and interviewing, but there is something special when a reporter covers their own community, because they can understand a lot of the cultural nuances,” Moore continues. “They can avoid stereotypical portrayals or claims, and they can communicate in the language.”

Speaking about newsrooms at large, she says that, “a lot of perspectives get left out when people of color are left out of the conversation. It’s incredibly valuable to have people in the newsroom who presumably have an understanding of race as an important factor in how people see the world and interact with each other.”

While those perspectives are often missing from larger media outlets, community newspapers like The Korea Times Chicago, La Raza, and Austin Weekly News always provide them. Those outlets are all part of the Chicago Independent Media Alliance (CIMA), which was launched by the Chicago Reader in 2019 “to try to create a better future for journalism through collaboration,” in the words of Lee.

Forty-three of CIMA’s 60 members are currently holding a fundraising campaign, #SaveChicagoMedia, to support journalistic outlets that have seen massive revenue drops during the COVID-19 pandemic, due to a drop-off in local advertising. (Lee says about 90% of The Korea Times’ income has evaporated, so they are currently relying heavily on grants to survive.) CIMA has secured $40,000 in matching funds for donations at savechicagomedia.org; the campaign runs through June 5.

“We’re doing this so that we can give the Korean community an identity,” says Lee of The Korea Times Chicago. “We’re not trying to prevent the Korean community from assimilating, but we want to give them a sense of being. In a way, all Koreans that are here are secluded unless they seek out help. They’re mostly relying on organizations or news media like us to keep in touch with what is happening in Korea and around them.”

Lee’s family immigrated to Chicago when he was 10 years old, and he grew up in the northern suburbs before going to college in California. He eventually returned to Chicago, and has worked at the Korea Times since 2014. Although his family has moved back to Korea, he wants to stay in Chicago. “I feel at home here,” he says. The Korea Times Chicago helps other Korean Americans feel the same way.