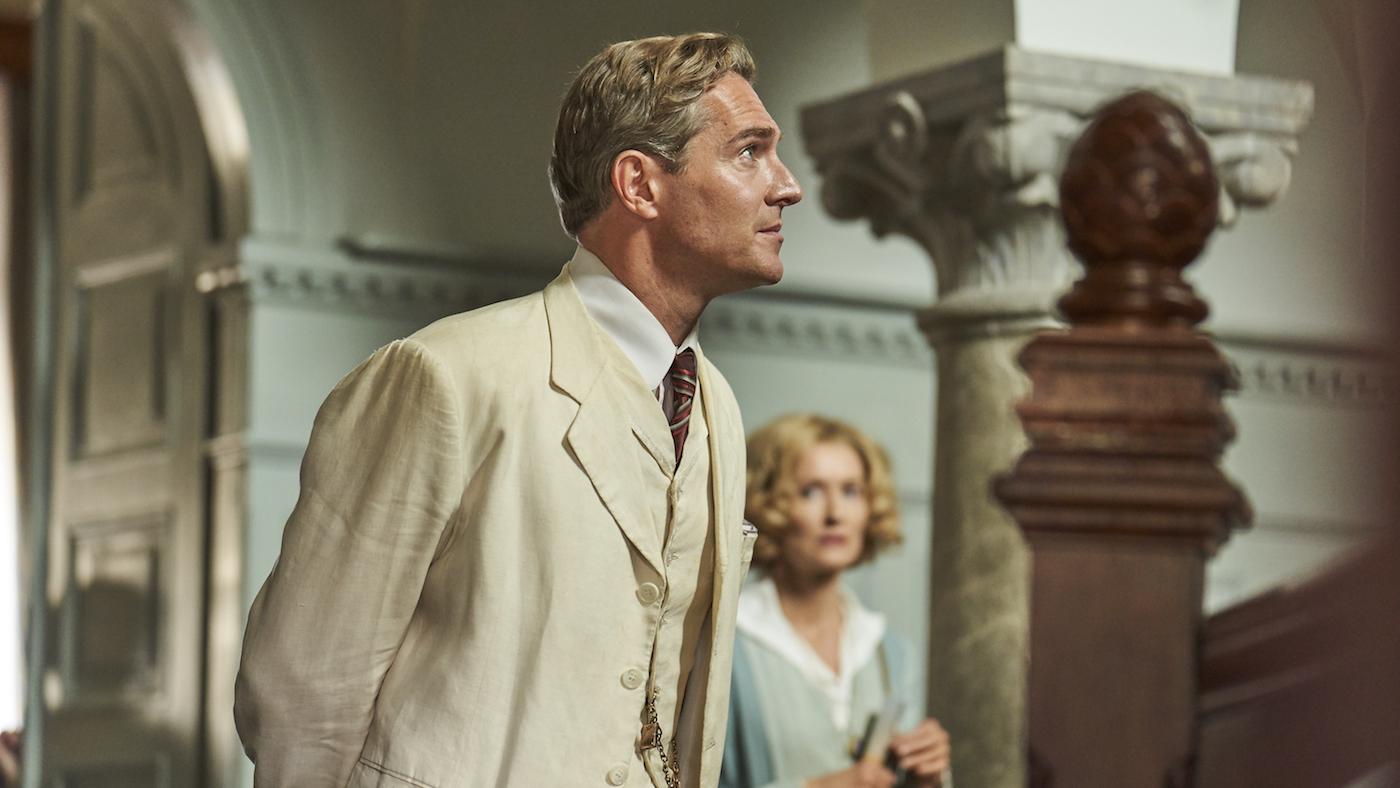 Cecil begins to assert himself as the mystery of the painting is solved. Photo: Eagle Eye Limited

Bella wakes with blood on her face and hands and a cut on her cheek. The perpetrator is off to catch the first train to Genoa: Cecil tells Lucian that he’s going to file a complaint against Danioni with the British consulate.

Lucian is up early to sketch, but he finds a more enticing subject than nature when he spots Constance going to the beach to swim. She eventually notices him sketching her as she sunbathes and smiles. As the pair walk back to the hotel, Alice sees and frowns.

Later, Alice sees Lucian’s loving sketch of Constance and decides to intervene. She searches Constance’s room and finds letters hidden under the mattress. She marches to where her daughter is having a tea party with Lucian and Constance—he has just intimately touched her hand—and asks to speak to Lucian privately. She shows him the letters, in order to prevent him from making a fool of himself, she says.

Alice is making a bit of a fool of herself trying to teach Roberto English, and she knows it. But there are no good Englishmen to marry, and Roberto is good-looking. Luckily she finds an excuse to leave the lesson when she spots Bella. She rushes to show her mother Constance’s letters, but Bella doesn’t want to see them. Constance is a good woman.

So Alice reveals Constance’s secret: she had a child out of wedlock when she was a teen, and the child is back in England while Constance works in Italy. But Bella doesn’t care. She is sad to have raised a daughter so spiteful and “un-sisterly.”

Bella picked up the word “sisterly” from Claudine, who witnessed Cecil’s return from Genoa. He brought Bella flowers and good news—the stolen painting was insured, so they have plenty of money!—but she rebuffed him and showed him the damage he did to her. Perhaps I was a little heavy-handed, but you gave me a shock, he says in excuse.

But Bella won’t have it—she just asks about Billy’s fate, and Cecil says he’ll see what he can do. Bella then blames herself in talking to Claudine, who cleans up her face. Claudine responds that most men don’t need provoking; and Bella is stronger than Cecil.

What was Cecil up to in Genoa? He met with a gentleman who will handle the sale of the stolen painting. The butler Francesco has been helping Cecil all along: he stole the painting and smuggled it away from Portofino by boat. Now Cecil not only has money for the painting from Jack but also from this new seller, who is reassured by Jack’s letter of authentication and will keep the sale private. Hence Cecil’s lie about the painting being insured.

He is not only duplicitous with the sellers; he also scams his brother, whom he tells that the painting was just school of Rubens and not Rubens himself, and thus fetched a low price. “He’s done it again,” his brother yells angrily when he receives the telegram.

But Cecil is not the only schemer. Back in Portofino, he goes to visit Danioni—and sees him meeting with Francesco. They’re cousins. Cecil bribes Danioni with some of his new windfall to close the investigation into the stolen painting, keep quiet about his knowledge of the scam, and free Billy. The two men share a drink together.

As Cecil escorts Billy back to the hotel, he threatens him: I saved you—now you follow my orders. Betty is utterly grateful for her boy’s safe return.

Cecil triumphantly visits Julia: he now has the money to ensure the marriage of Lucian and Rose. Julia invites him into her bedroom, flirts, and closes the door behind him.

Cecil later brings Lucian an engagement announcement. Lucian tells his father he and Rose are not well matched and Cecil gets angry. Pull yourself together, he shouts, the war has been over for years. Do your duty in marrying well, like I did mine.

Rose is leaving tomorrow. She has given Lucian a painting she worked on secretly, admitting that she tried hard to like painting for Lucian’s sake. All she ever does is try to please people—and she knows no one likes her, because she is not true to herself.

Claudine has almost convinced Anish to be true to himself, and to confess to Lucian at least that he is gay, if not that he is in love with Lucian. But Anish has come to terms with his impossible situation, and when Lucian tells him about Cecil’s ultimatum, Anish drops his plan. He will instead leave Portofino for Turin, where he can join Gianluca in the fight against the fascists.

Lucian meets Rose again, as Constance listens through the window. I also can’t be true to myself, he tells her—we have more in common than you think. Rose tries to prevent him from continuing, but he kneels and proposes—and Constance rushes away.

Cecil and Julia happily announce the engagement at cocktail hour. Constance again leaves, and Bella follows. She gives Constance her letters back, and praises her character instead of firing her, as Constance expects. She shows Constance a locket of her own child from whom she is separated: her youngest died of the flu, leading the family to take a new start in Italy.

The Wingfields also have a new start: Pelham has used the money he stole from the hotel to wager against himself in a match, which he lost. He has returned the money to the hotel and now has extra to pay his bills—a good thing, since Lizzie might be pregnant.

Alice might have someone to help her look after her own child: Count Albani has admitted that he sent her the bracelet, not Roberto. Would you reconsider, he asks her. I’d like to take care of you and Lottie.

Melissa de Vere doesn’t see marriage or children in her future yet, she confides in her aunt. She wants to be a writer—and Lady Latchmere will support her, as she simply wants Melissa to be happy. She will also recommend Hotel Portofino to all her friends.

Bella may not need that extra revenue from guests: a check from Cecil is waiting for her in her room. But she crumples it as he watches. If you ever touch me again… she says. I’ve followed your rules for too long; now I will make up my own. She closes the door. 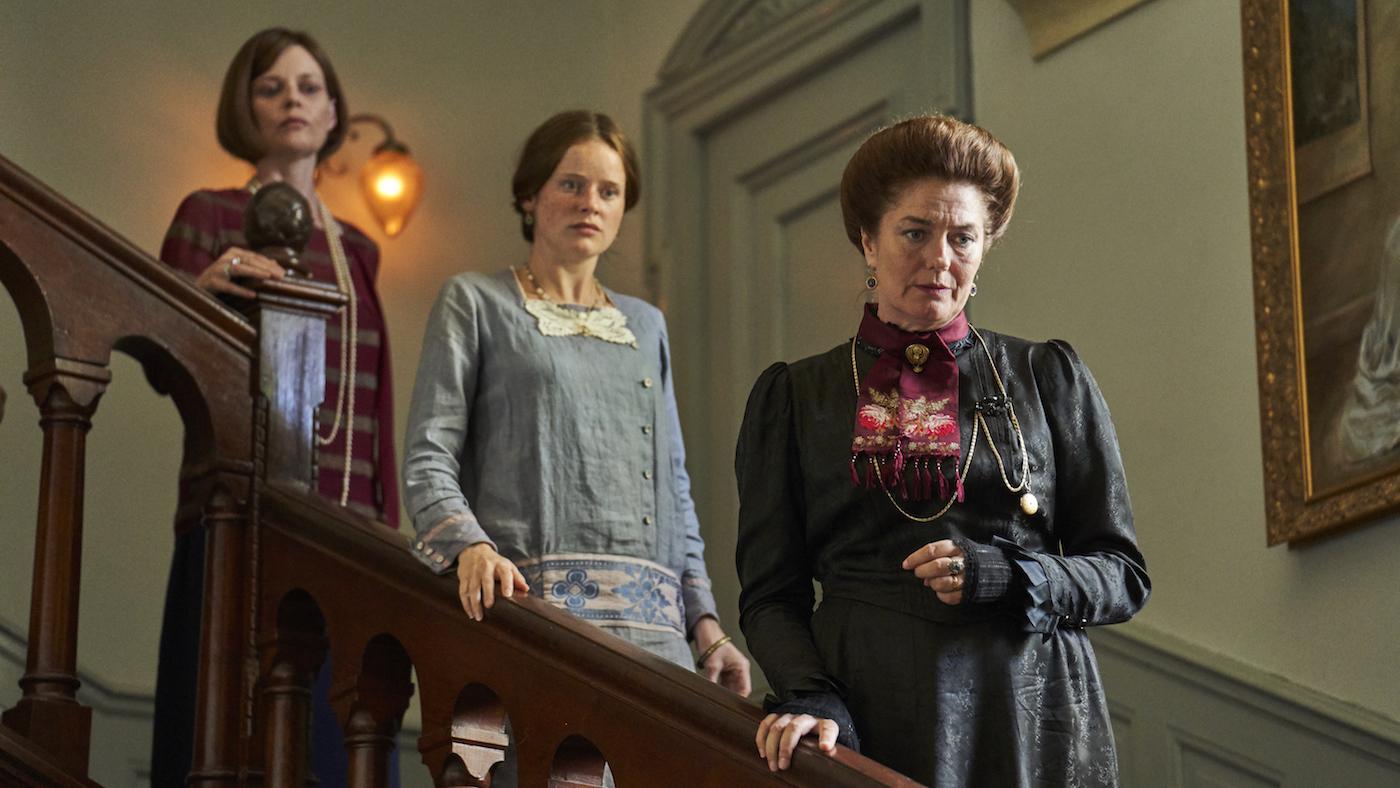 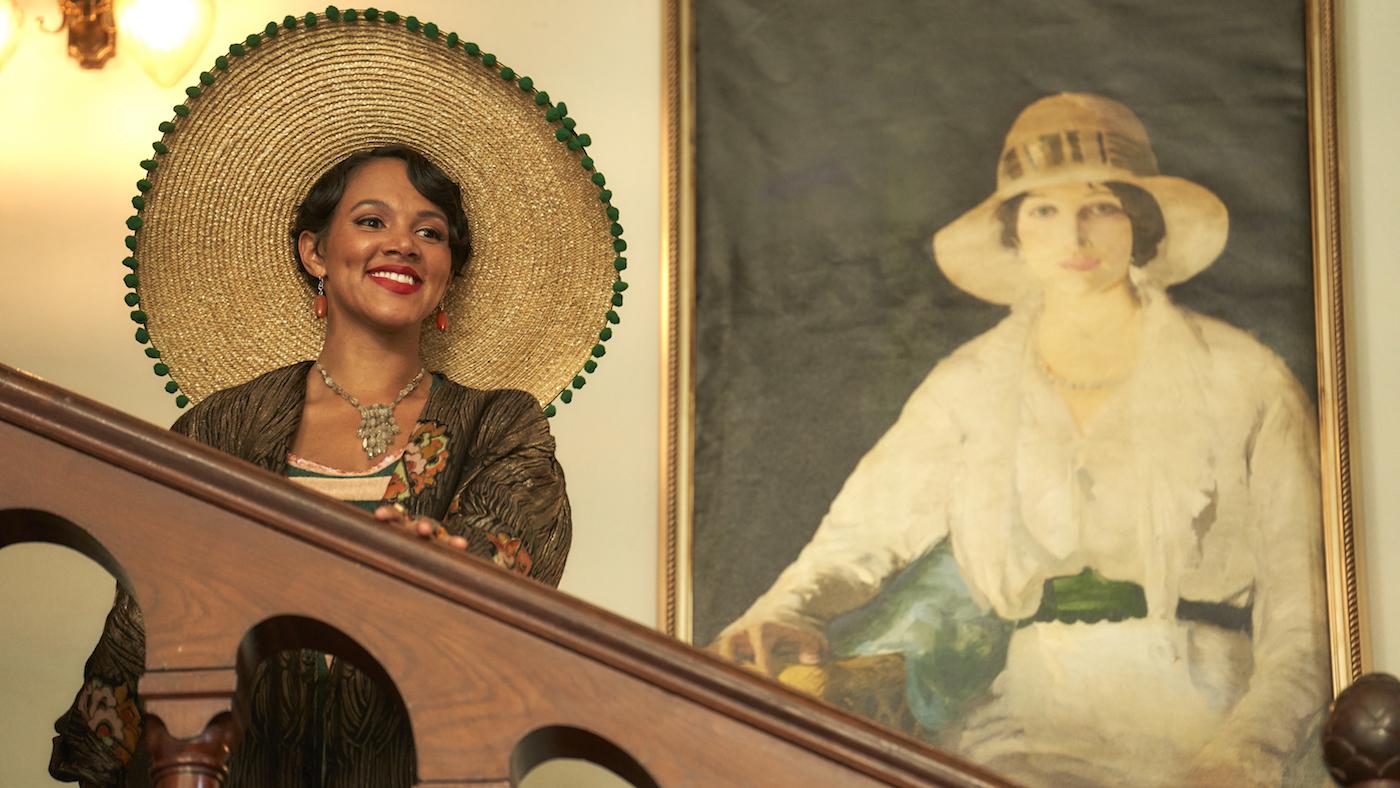 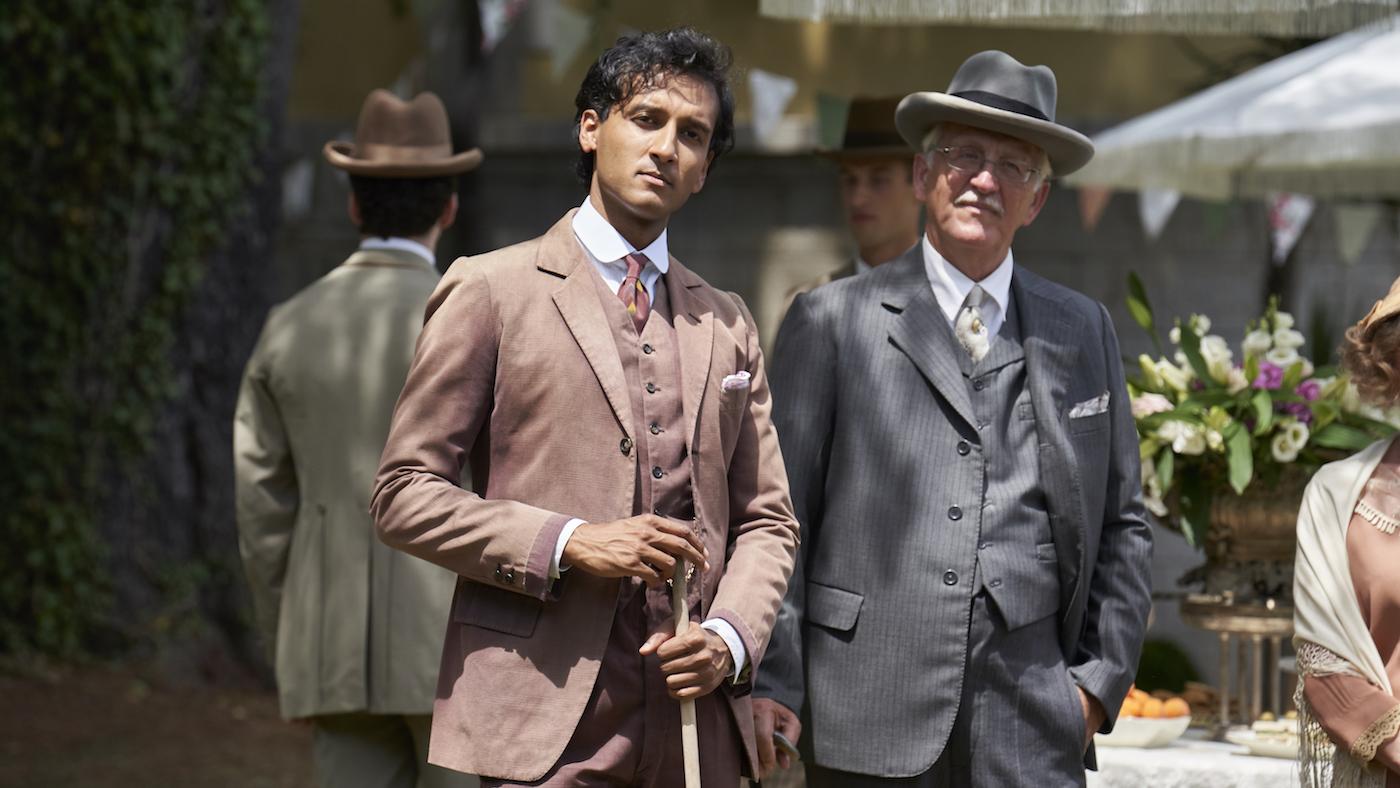 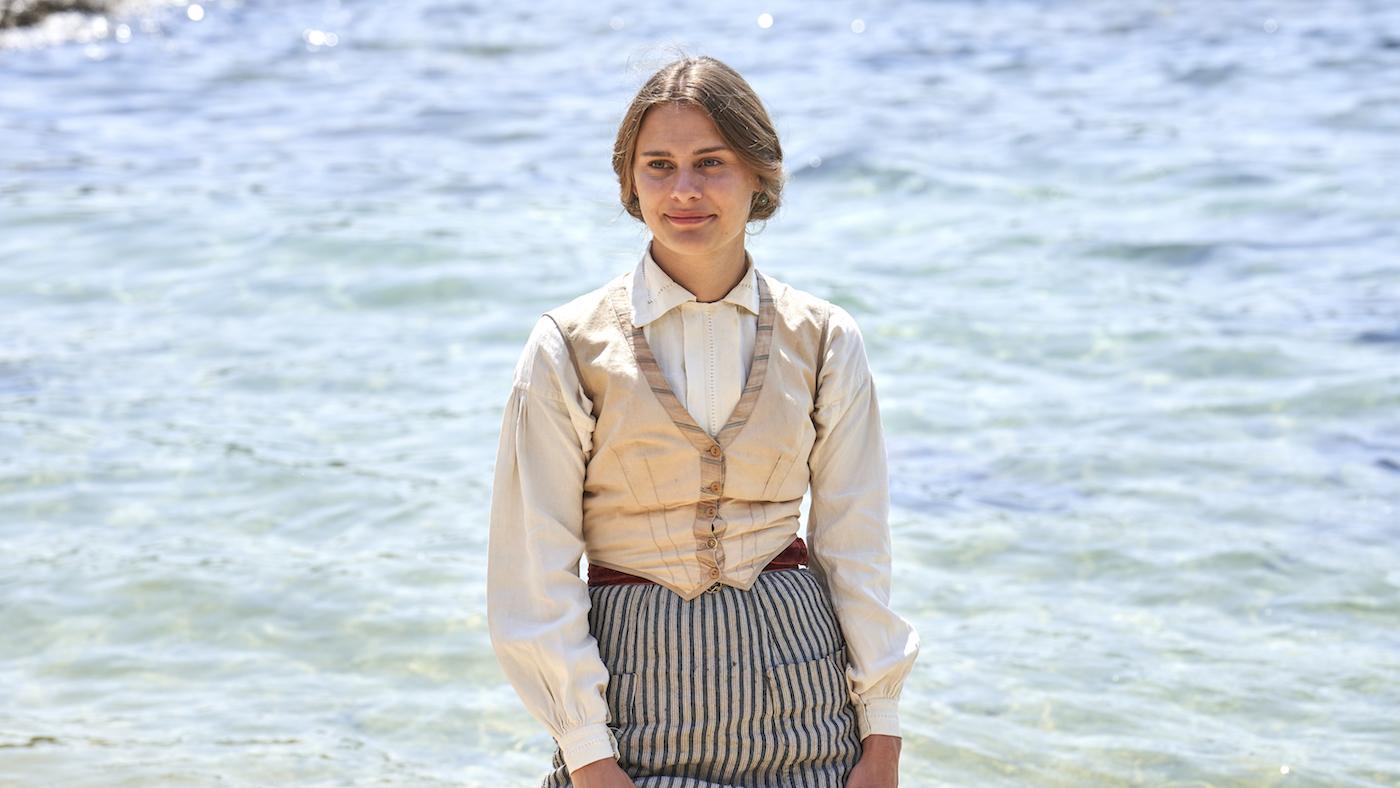 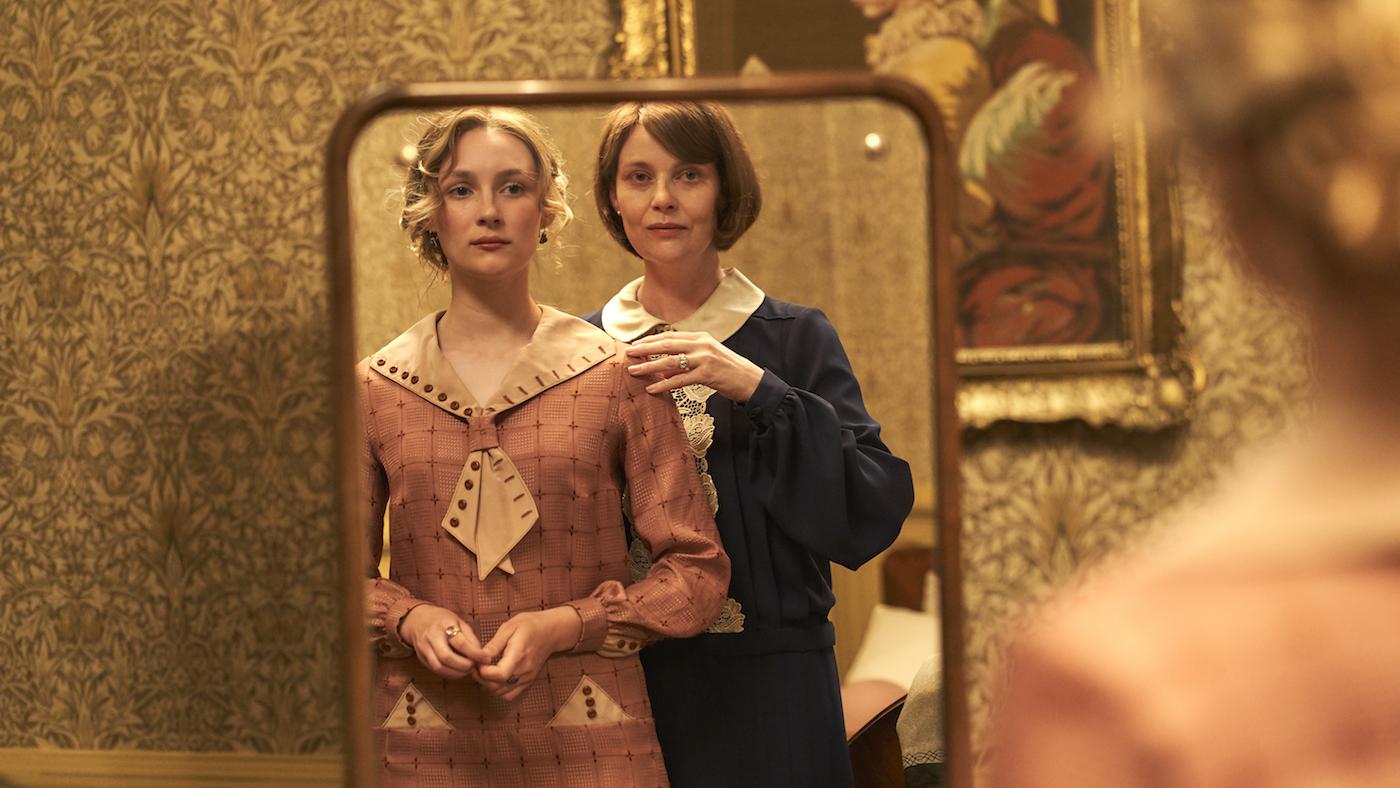