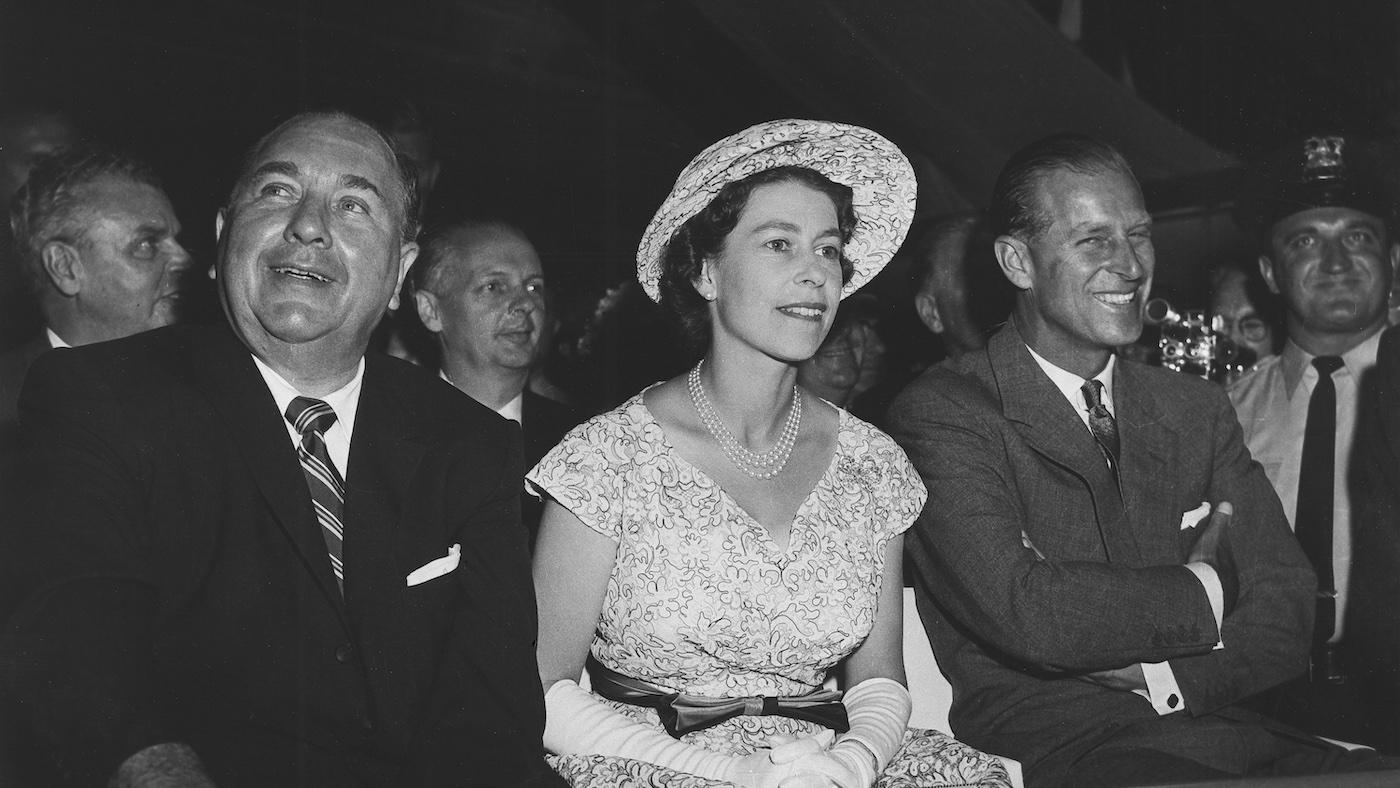 In honor of Queen Elizabeth II, who has died at the age of 96, revisit her lone trip to Chicago.

The Queen visited the city just six years into her reign when she stopped here as part of a trip to Canada to celebrate the opening of the St. Lawrence Seaway, which connects the Atlantic Ocean to the Great Lakes. She came to Chicago, the only U.S. stop on her tour, on July 5, 1959, and spent just thirteen hours here.

She and her husband Prince Philip arrived aboard their yacht and took a barge to what is now known, in honor of her visit, as Queen's Landing, near Buckingham Fountain. The royal couple was greeted by Mayor Richard J. Daley and Illinois Governor William Stratton and their wives, along with twelve ambassadors representing the British Commonwealth nations and a crowd of people.

The party then drove in a parade along Michigan Avenue and eventually to Navy Pier, where they walked a 2,300-foot-long red carpet on loan from Polk Brothers to visit the International Trade Fair. They stopped for lunch at the Ambassador Hotel (famous as a celebrity dining location), and toured the University of Chicago, Museum of Science and Industry, and Art Institute of Chicago before going to a reception at the Drake Hotel with Midwestern politicians.

While at the Drake, she took a quick 20-minute trip to a Glencoe dentist who had an office in the hotel to receive an emeregency filling after one fell out. Following her visit, the dentist was dogged by false rumors and gossip-chasers, despite being media-shy.

The queen was then led to a nearly 1,000-person dinner hosted by the mayor at the Conrad Hilton Hotel. Attendees included actress and singer Etta Moten Barnett and the Chicago Defender publisher John H. Sengstacke, while courses included some named after locks on the St. Lawrence Seaway. The evening ended with a fireworks display and the royal couple's return to their barge. The Chicago Daily Tribune trumpeted that "Chicago tops other cities on royal trip."

Learn more about the queen and her early years in the PBS documentary The Queen at War, available to stream by WTTW Passport members.