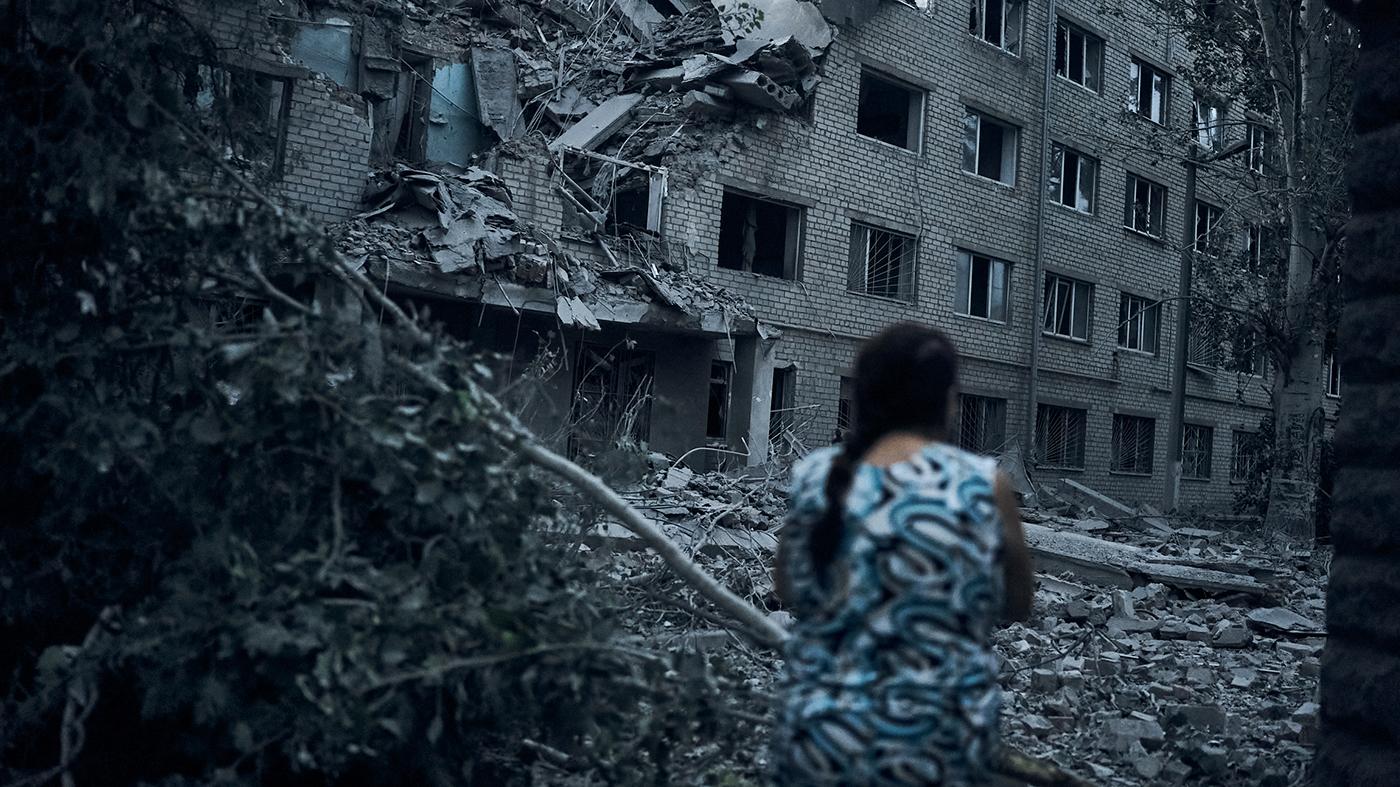 Frontline—Putin’s Attack on Ukraine: Documenting War Crimes premieres on WTTW Tuesday, October 25 at 10:00 pm and will be available to stream.

Even as the war brought about by Russia’s invasion of Ukraine continues, journalists, N.G.O.s, and prosecutors have begun gathering evidence of war crimes. Among them are Frontline and the Associated Press, which have teamed up to track war crimes at War Crimes Watch Ukraine. The upcoming Frontline documentary Putin’s Attack on Ukraine: Documenting War Crimes, produced in collaboration with the A.P., examines the process of verifying a few war crimes and the attempt to begin building a case for prosecution.

We spoke to Tom Jennings, the director of the film, about the challenges facing war crimes prosecutors, the uniqueness of the situation in Ukraine, and the difficulty of pinning charges on people higher up the chain of command.

War crimes are notoriously difficult to prosecute. Can you explain why?

Tom Jennings: War crimes are so difficult to prosecute. What’s interesting about [the situation in Ukraine] is that there's one key ingredient that’s at play here: a willingness and a desire to prosecute them. If you think about the kinds of war crime trials that have happened in the past, they have been not at the behest of the country that's been suffering. The countries that are most affected are usually run by despots, autocrats, and they're not cooperating.

The difference here is that Ukraine is very actively working towards prosecuting the war crimes. They have a kind of multi-pronged approach to this war: one is obviously military, another is economic, another is, say, propagandistic—using communication to the best of their abilities. But another is legal: they're really using the legal mechanisms of international law to try to prosecute their war and not just individual war crimes. And so you have that very activist orientation of the country itself, and that changes the nature of things. It changes not only the nature of prosecuting war crimes, but how the world perceives the possibility of war crimes being successfully prosecuted.

Another unique aspect of this is that trials are beginning so quickly, and that Ukraine has an intact judicial system to prosecute these crimes. Will this be a different kind of situation than we have typically seen?

One of the chief examples really is Russia and Putin. He has continuously used these kinds of strategies of targeting civilians and civilian infrastructure as part of military strategy. It goes back to the moment that he really arrived as president in Russia, in 1999, 2000. He prosecuted this war against Chechnya, and he laid waste to Grozny and just turned the city to dust. That was a vision of things to come, because subsequently Russia has done this approach to civilian targeting. It was most dramatically seen with the early beginnings of this war, in the east, in the Donbas and in Crimea, but also when he joined up with Bashar al-Assad in Syria.

While there were international calls and cries of humanitarian assaults, there was never any kind of legal action that was taken. That was because the UN system for prosecuting war crimes was weighed down by the political apparatus, especially Russia's position on the Security Council that allowed it to veto any kind of action that would result in war crimes being heard at the International Criminal Court in The Hague.

So one of the elements of this film is, “Yes, Russia is at fault. Russia invaded Ukraine.” It's a seminal moment in Western European history especially, but it's also the end result of this impunity that [Putin] had built up because the West never did anything about what he was doing. There was never any kind of legal attempt to stop him. And now, this time—Ukraine—there seems to be a sense, a hope, that this is the moment where that kind of thing changes. Not just for Putin, but that allows for a new approach to prosecuting leaders for waging wars.

That’s one of the difficulties of prosecuting war crimes: moving beyond the people who carry out orders to get to the higher levels of leadership.

Jennings: Right now in the Ukraine at the prosecutor general's office, they have more than 30,000—I think it’s about 35,000—war crime cases going. Whenever something happens, they open a case file. At the end of the day, the number of war crimes that are actually going to be prosecuted will probably be on the order of twenty to twenty-five, out of thousands. That’s the nature of warfare. The individual soldier killing is—I hate to say it, but they’re doing their job. Fog of war has everything to do with the grayness of that act. Who’s at fault when you're killing? Is it the person who's pulling the trigger, or is it somebody higher up the command chain?

What the whole jurisprudence is based on is that the higher you go, the more effective and more powerful it is to actually have justice, especially in such a wide-scale conflict like this. Ultimately, the Ukrainians want to get Putin, but the likelihood of actually getting Putin is fairly remote, for a lot of reasons. But there are legal tools that can effectively get people who are lower, say, generals and commanders in the field.

Your recent films have focused on corporate malfeasance and failures of regulation, in the case of Boeing and opioids. Is that what drew you to focus on the failure of international law to prosecute war crimes?

Jennings: You use what you’re interested in. There is a very strong interest in the higher echelons here, and how that’s worked to create a system that in the end prosecutes civilians in warfare, and how that can be mediated and how accountability can be found for that. At the end of the day, it’s a story about accountability, and that’s what I tend to do.

Why is it important to investigate and document war crimes, particularly while the war is still going on?

Jennings: I think it's important to do the work for fear of losing the momentum, of losing the attention that inevitably happens when news cycle switch and move out. So it was very important to us to find these stories as they were unfolding, to remind us all that there are people at the heart of these stories. That the individuals who are executed have families and loved ones. We didn't want anybody to be lost in the fog of war.