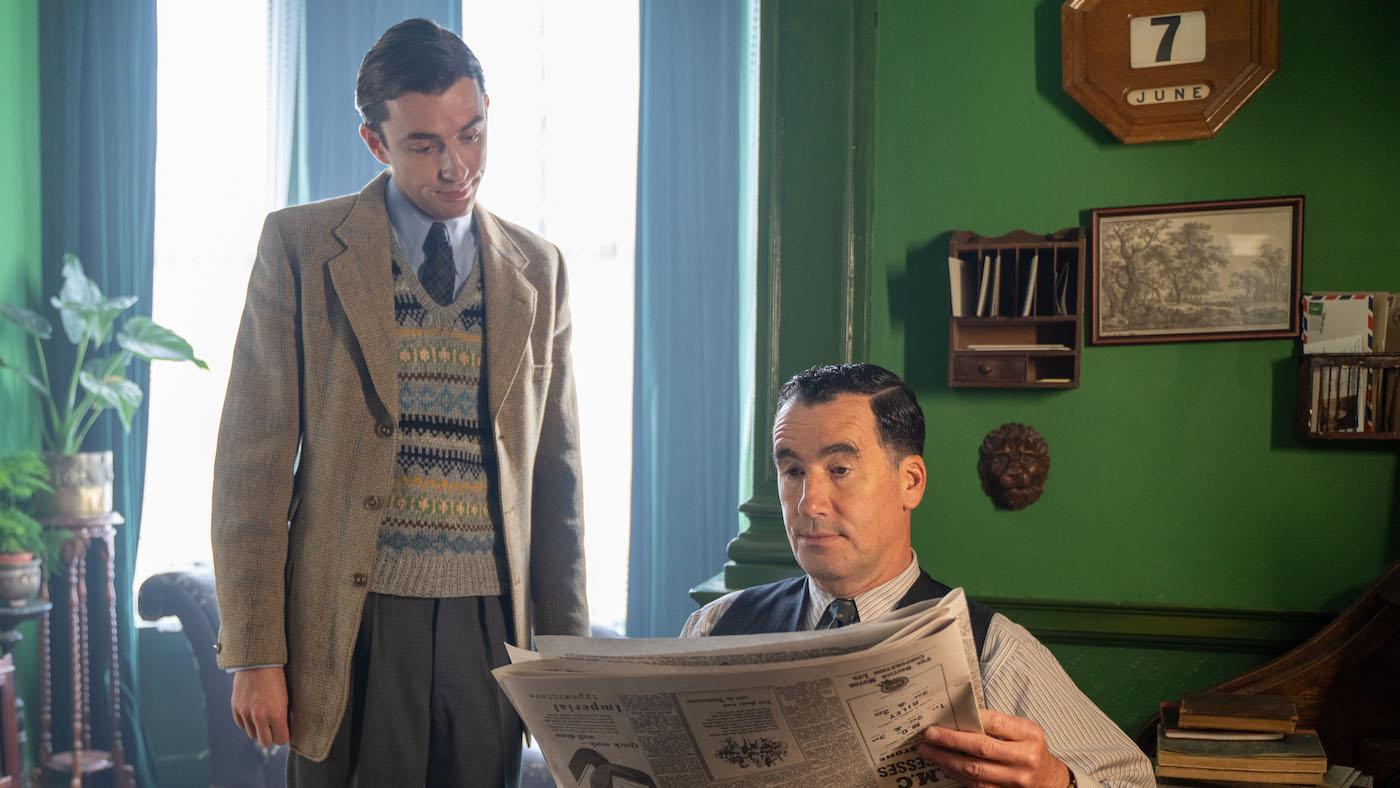 So says Alan’s creation Atticus Pünd to Alan’s editor Susan Ryeland in her dreams as she searches for the final chapter of his latest—and last—novel, Magpie Murders. Her search is turning into an investigation of Alan’s death—and plenty of people had reason to kill him.

The same is true of Sir Magnus Pye, the lord of Saxby-on-Avon’s Pye Hall in Magpie Murders. His gardener, Brent; his sister, Clarissa; his wife, Frances; his recently deceased housekeeper Mary Blakiston’s ex-husband: they all disliked him, and now he has been murdered.

Pünd decides to visit Saxby-on-Avon when he hears of the killing of Sir Magnus. He had turned down Joy Sanderling’s plea to clear her fiancé Robert Blakiston’s name in the death of his mother Mary, but now there is a murder to investigate too—and there are no coincidences in life.

Mary Blakiston was vacuuming at the top of Pye Hall’s stairs when she appears to have tripped and fallen to her death, as the police inspector Chubb explains to Pünd and his assistant Fraser after they arrive in Saxby-on-Avon. Sir Magnus was decapitated in the same entry hall by a sword pulled from a suit of armor that stood there.

Pünd intuits that Sir Magnus knew his killer: he was showing the person out when they killed him from behind. Further support is evidence that Sir Magnus had met someone in his study. The safe, with a combination known only to him, was open, and a fire had been lit, although it had not been cold outside. A burned scrap of paper with a stain is found in the fireplace.

Sir Magnus was discovered by his wife, Frances, who had been in London. She’s unhappy in her marriage, complaining about everything, including how the phones upstairs in Pye Hall don’t work. She explains that an anonymous threatening letter in Sir Magnus’s study (in a handwritten envelope, but the letter was typed) was about his plan to develop Dingle Dell, a popular meadow in Saxby-on-Avon.

His twin sister Clarissa was especially opposed to the plan. If only she had been born some minutes earlier, the issue would be moot: Pye Hall was always inherited by the firstborn.

Frances says that Sir Magnus was “scandalous” towards the servants. He was a sort of mentor to Mary Blakiston, who was devoted to him, especially because of his support of her two sons. Nonetheless, he missed her funeral—he was in Normandy. When he and Frances returned to Pye Hall, they found it had been burgled and a collection of Roman antiquities that had been found on the grounds of Pye Hall long ago had been taken.

All of these characters—or really caricatures—come from Alan Conway’s life, as Susan discovers while traveling through Suffolk, where he lived. She and Alan only communicated by email after a hostile first meeting, so she doesn’t know his life well. His lawyer, Sajid Khan, found his body, so she visits him first in her search for the missing chapter.

Sajid was delivering a new will to Alan that Sunday when he found him dead. He had also helped with Alan’s divorce, but didn’t know Alan had cancer. He loved the Pünd books, and supposedly there is a character based on him in the newest novel.

It’s unclear who that is, but Alan’s young boyfriend James has an obvious analogue: Pünd’s slow-witted assistant Fraser. James explains to Susan when she visits Alan’s manor, Abbey Grange, that they met while he was working as a rent boy and Alan was still married to his wife.

James and Alan had just broken up, but Alan hadn’t had time to update his will, so James gets everything. He’s eager to sell the house and return to London, where he was when Alan died.

The tower from which Alan fell affords a view of the house of his neighbor, Jack White. Alan didn’t get along with him—no surprise! Alan came up there often to enjoy the landscape.

Alan’s handwritten draft of Magpie Murders is nowhere to be found in the house—and his computer, protected by a password that’s an anagram of “Atticus Pünd,” is wiped clean. James sends Susan to Alan’s sister Claire—she used to type up all his manuscripts for him before they had a falling out.

As Susan leaves Abbey Grange, she notices tire tracks in the mud behind some bushes.

Claire clearly inspired Clarissa, as Susan tells her—Claire says she hasn’t read Magpie Murders. She doesn’t mention spotting, and possibly taking, the manuscript from Alan’s home. She was once close to Alan but drifted apart when he became famous. He hated Pünd and his success, because he didn’t want to write mysteries. That’s why he committed suicide, she believes.

Susan runs into another character outside Claire’s house: the detective Locke, who inspired the dim Chubb. He’s checking in on Claire, who was married to another policeman and once worked for the department in HR. He already took a dislike to Susan at Clover Books, and warns her to stay out of his way.

Susan is staying with her sister Katie in Suffolk. She’s already grumpy from road construction when she arrives, and doesn’t love that Katie has a family photo of them as children on display, or that she asks questions about Susan’s boyfriend Andreas. She tells Susan that their father wants to see her—he’s not well—but Susan refuses.

Katie also knew Alan: her children had him as a teacher, but didn’t like him.

Meanwhile, Andreas is also in Suffolk—not that Susan knows. He’s meeting with Sajid Khan, who notes that Alan’s death was timely for him.

Susan now believes Alan was murdered, and that his “suicide” letter is simply being read wrong. Back in London, she tells her boss Charles her suspicions. Alan didn’t need to kill himself; he was going to die soon from cancer anyways. The reason the last chapter of Magpie Murders is missing is because it reveals the secret of his death. Everyone he knew is in the book; the answer must be there. 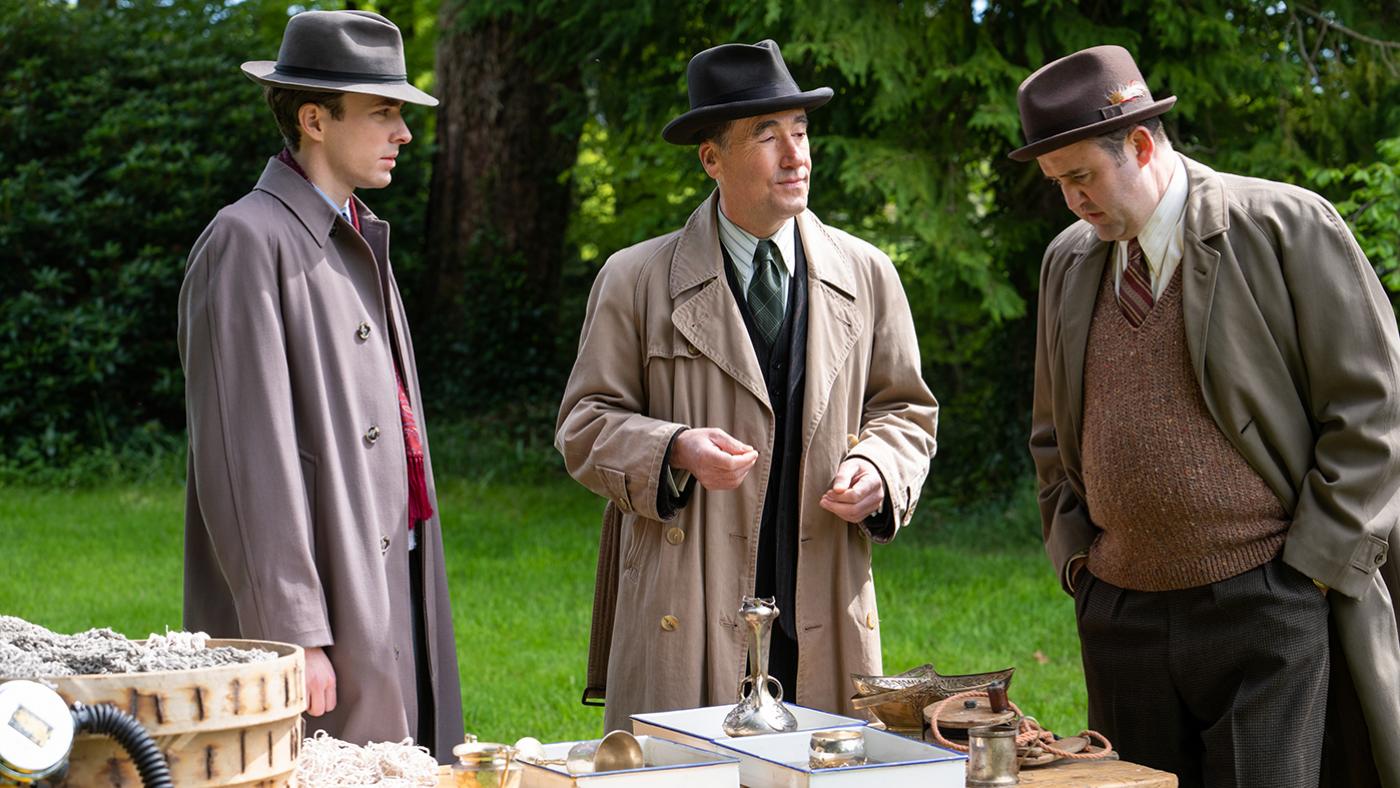 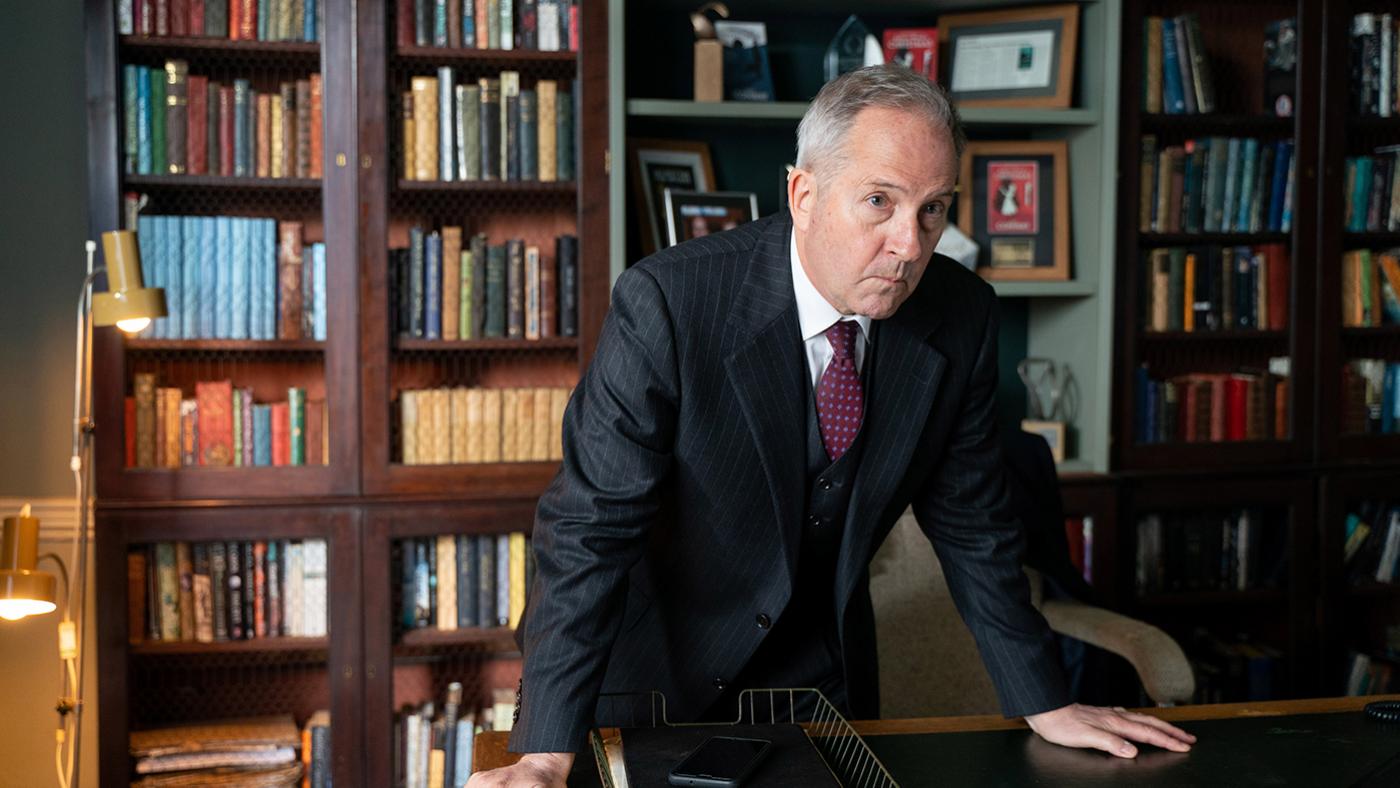 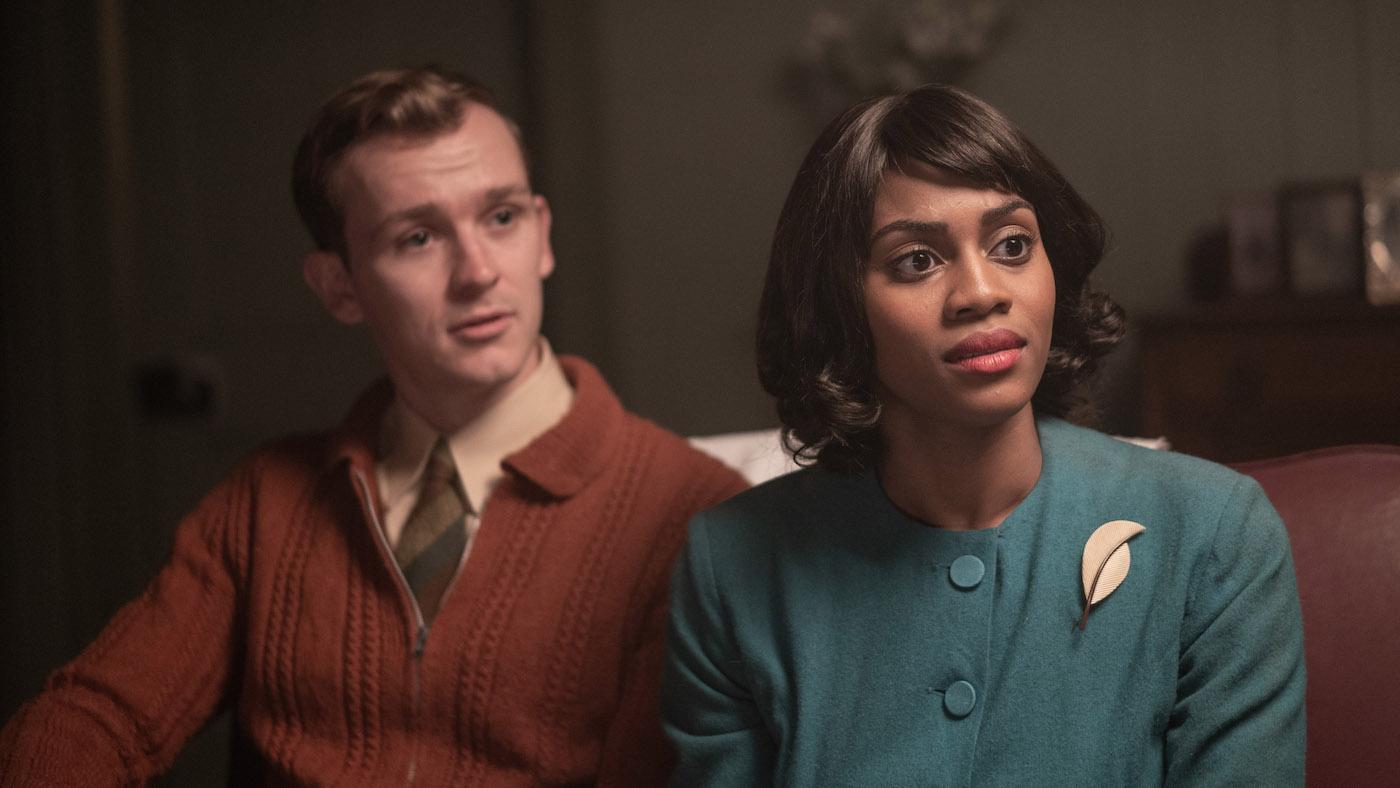 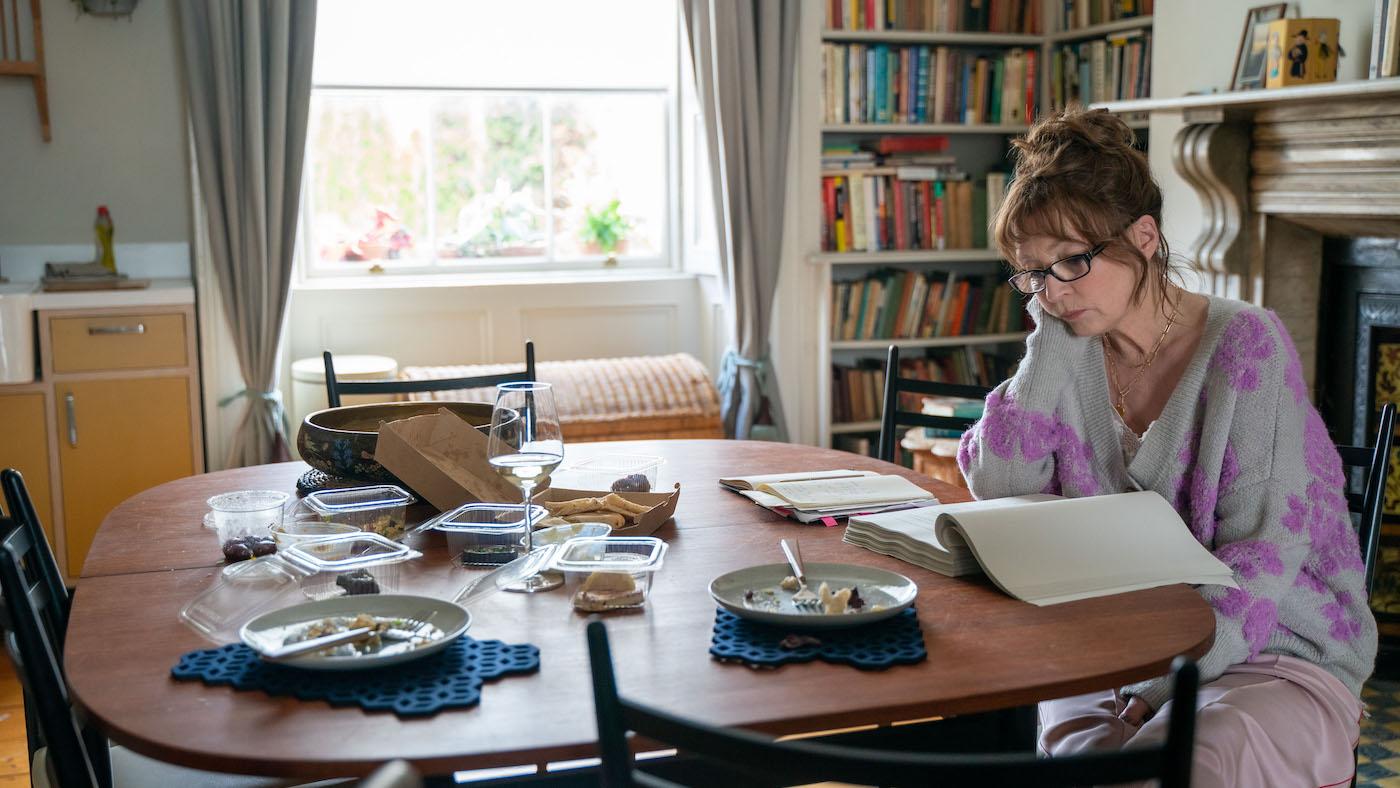