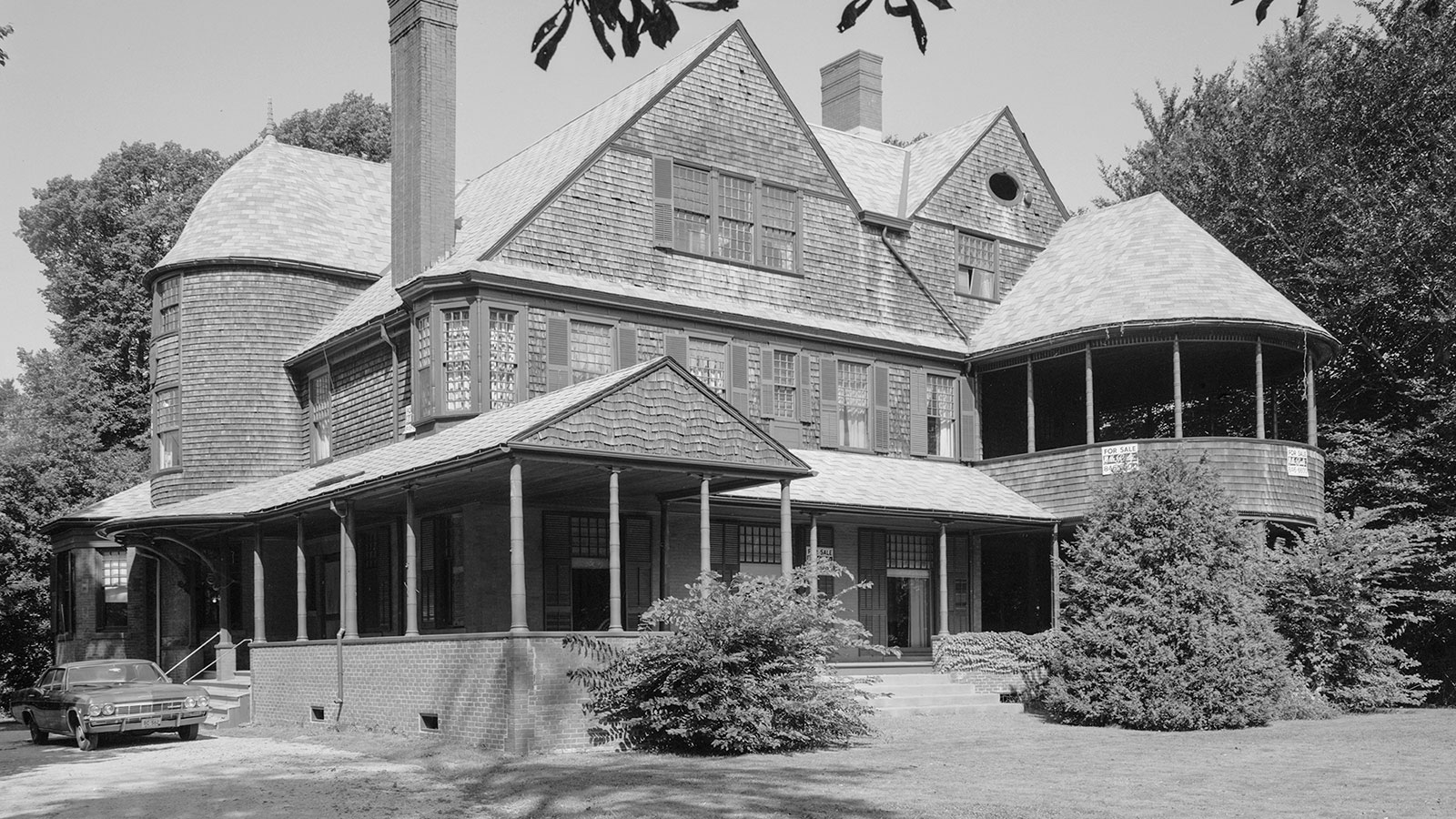 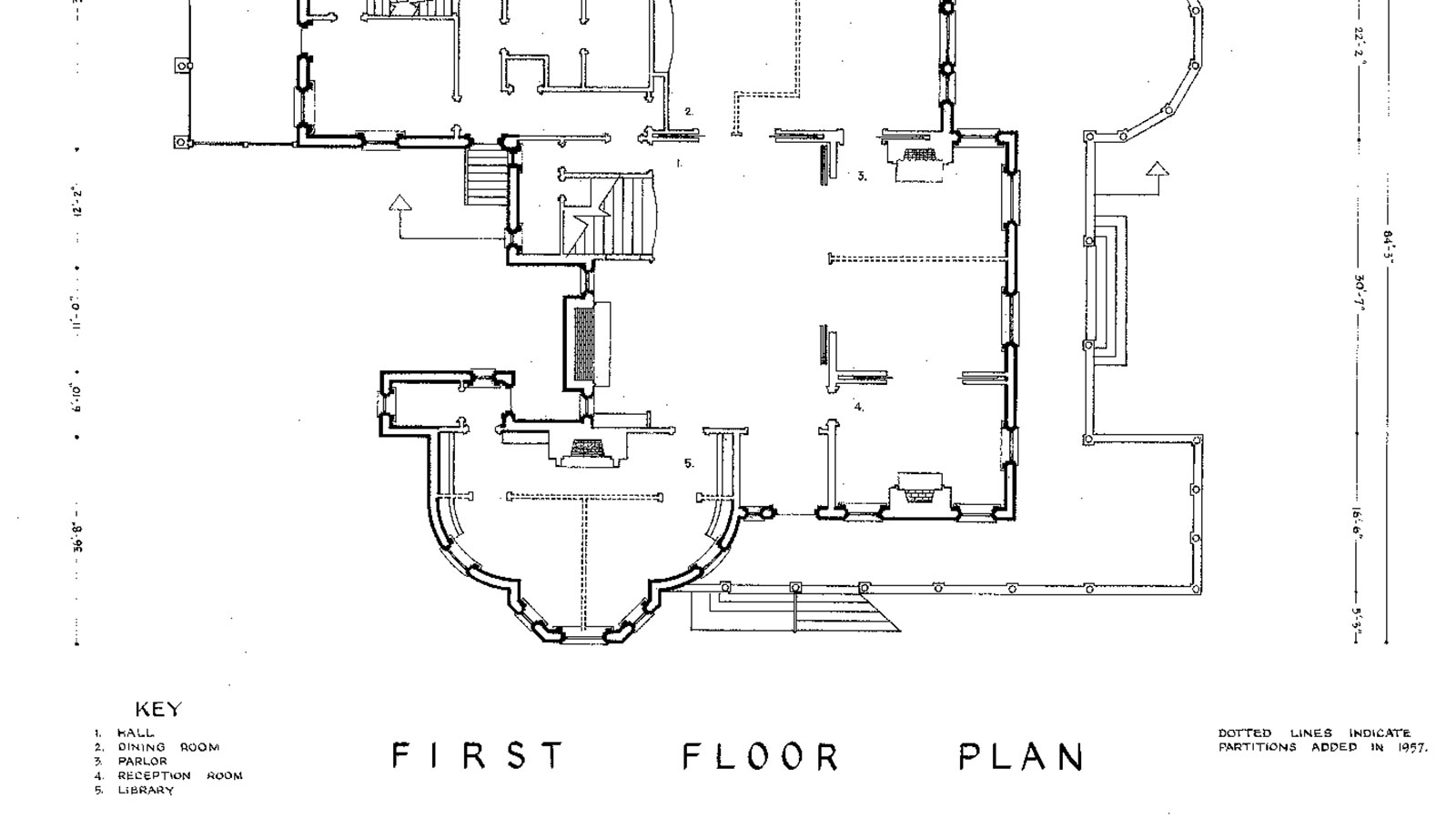 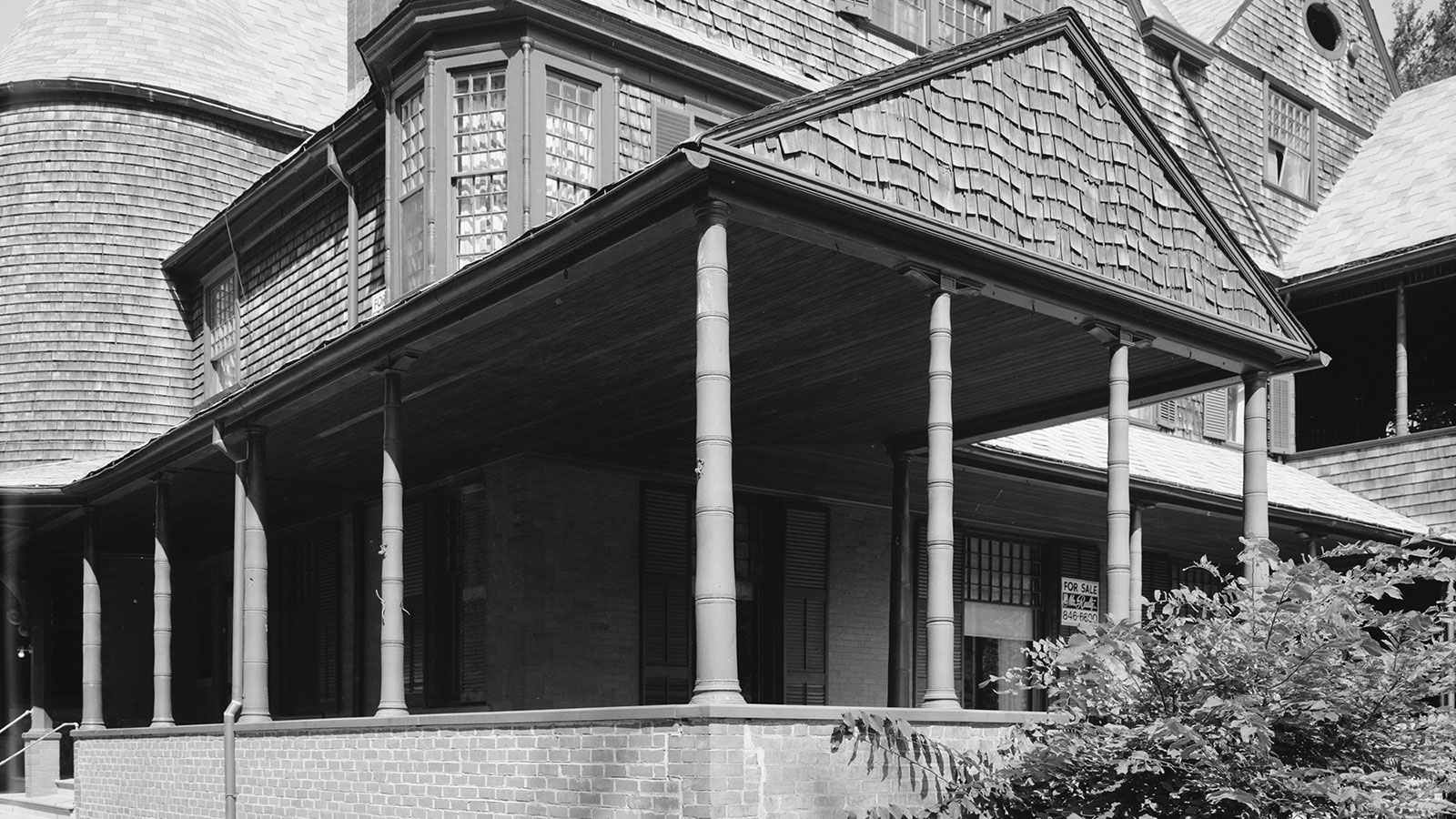 Columns at the brick porch were inspired by bamboo. Photo credit: Library of Congress

Next Home: The Dakota Apartments >

One of the most influential firms of the late nineteenth century, McKim, Mead & White played a major role in introducing at least three major architectural styles to the American public: Colonial Revival, Renaissance Revival, and the Shingle Style.

To some extent, these three styles blossomed from an epic road trip. In 1876, as the country celebrated its Centennial, the United States was gripped by a wave of enthusiasm for all things colonial.

The following year, the three young architects (with colleague William Bigelow) toured Massachusetts and New Hampshire to study and sketch buildings from America's colonial past. The journey served as inspiration for the firm's many architectural innovations in the years to follow.

Their 1883 masterpiece for Isaac Bell stands as one of the earliest and most important examples of the Shingle Style. And while it looked to colonial America for inspiration, the broad surfaces and open floor plans in Shingle Style seemed very modern when introduced.

The most obvious element of any Shingle Style building is the use of wood shingles, which provides a unifying element across facades that can be complex. Broad gables are often part of the design, and exterior porches are common.

In the twentieth century, the house went through many different uses, including time as a boarding house and as a nursing home. The Preservation Society of Newport County acquired the house in 1994 and began a careful restoration process. The house was opened for tours in 1998.