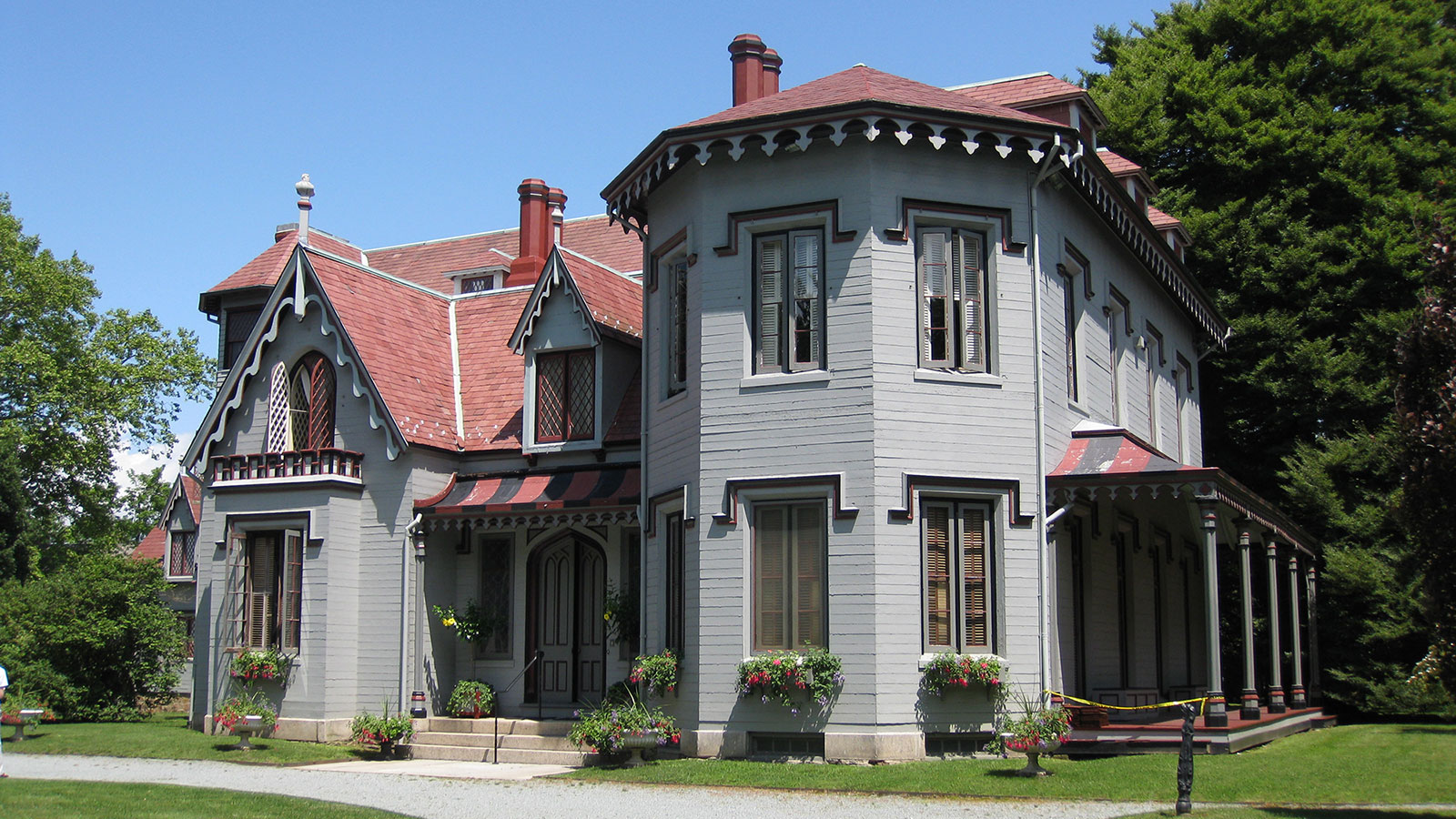 Richard Upjohn's design for Kingscote was drawn from many medieval sources. Photo credit: ketami2 via flickr 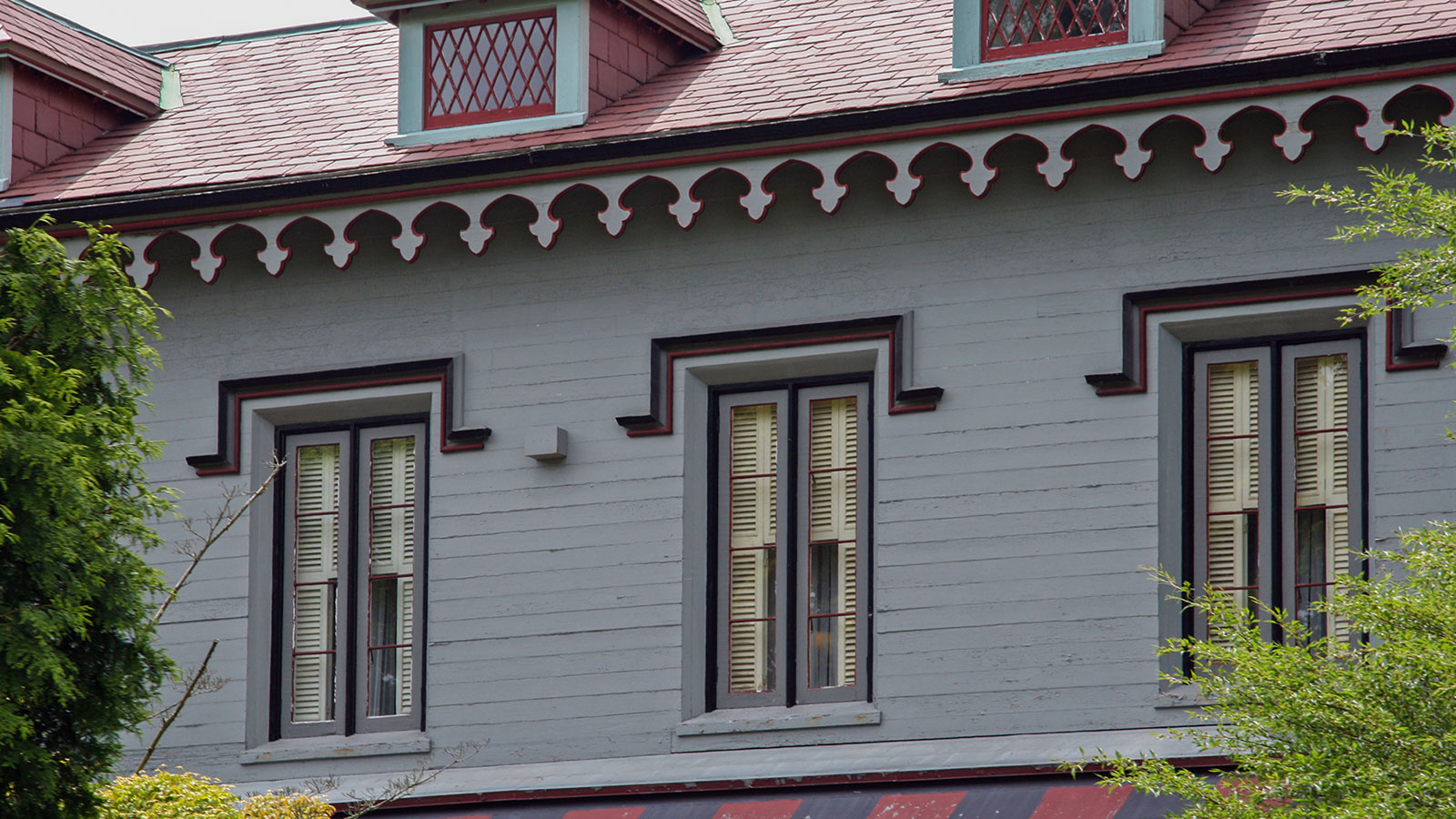 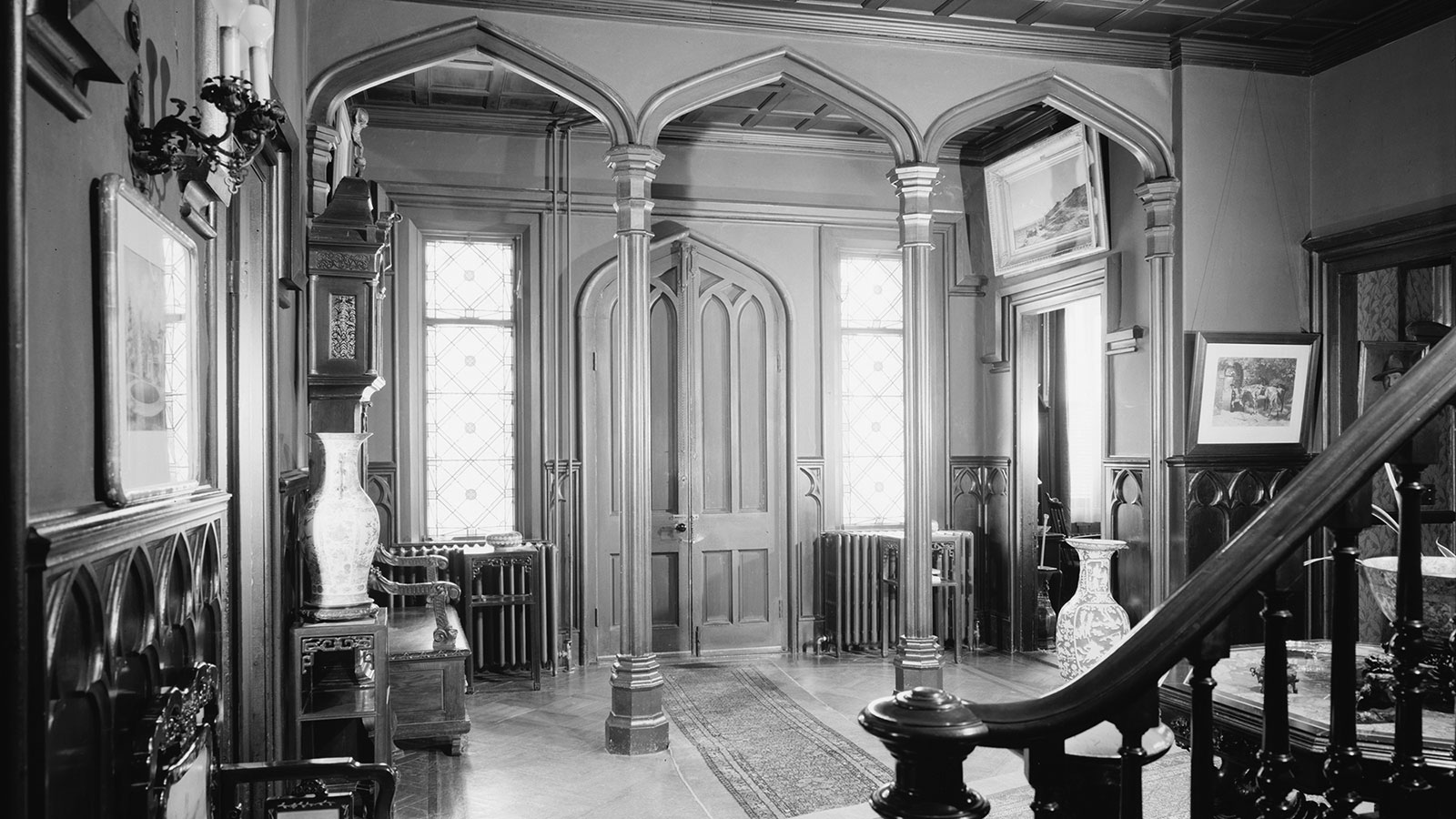 Gothic arches are repeated throughout the entry. Photo credit: Library of Congress 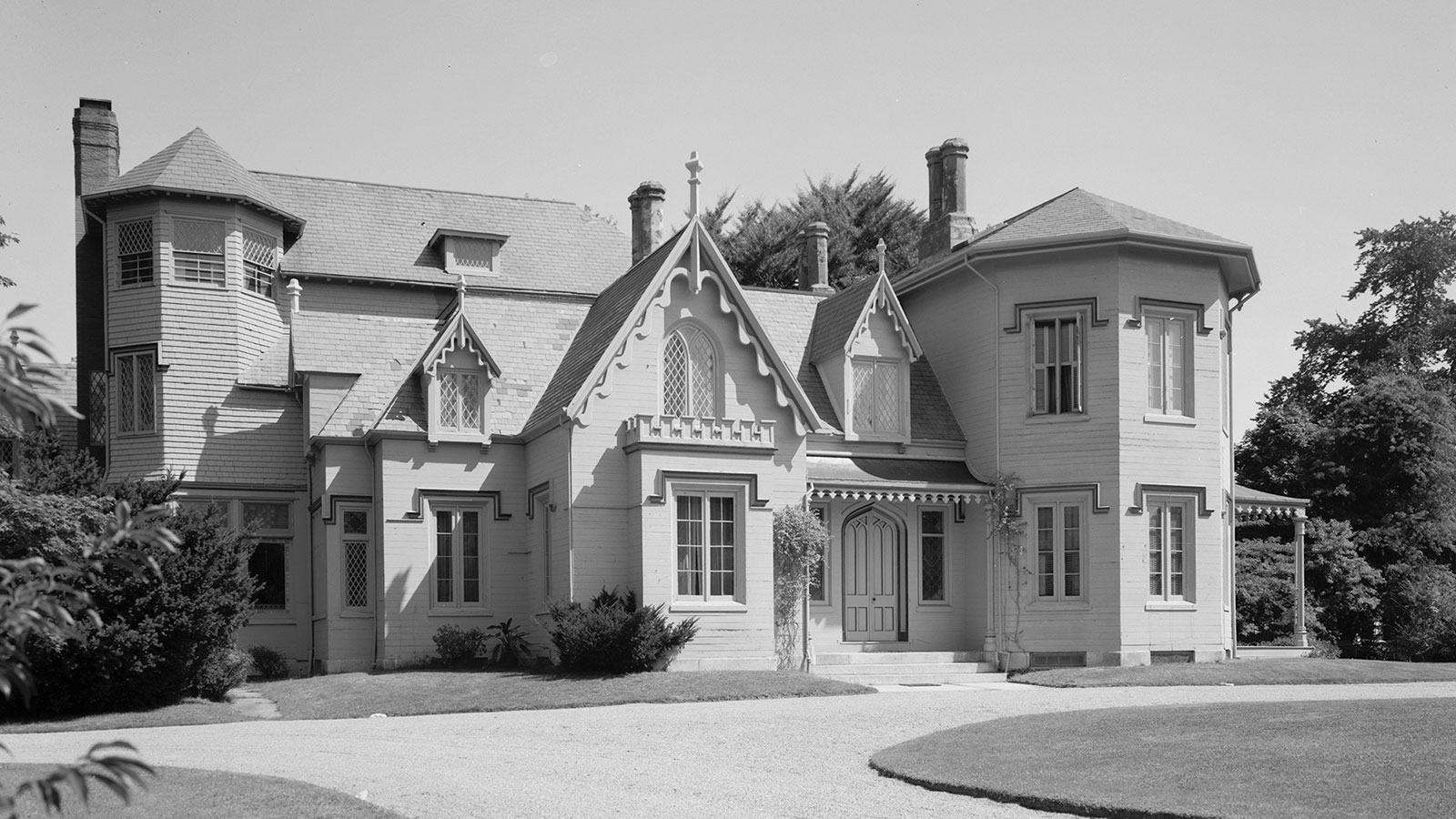 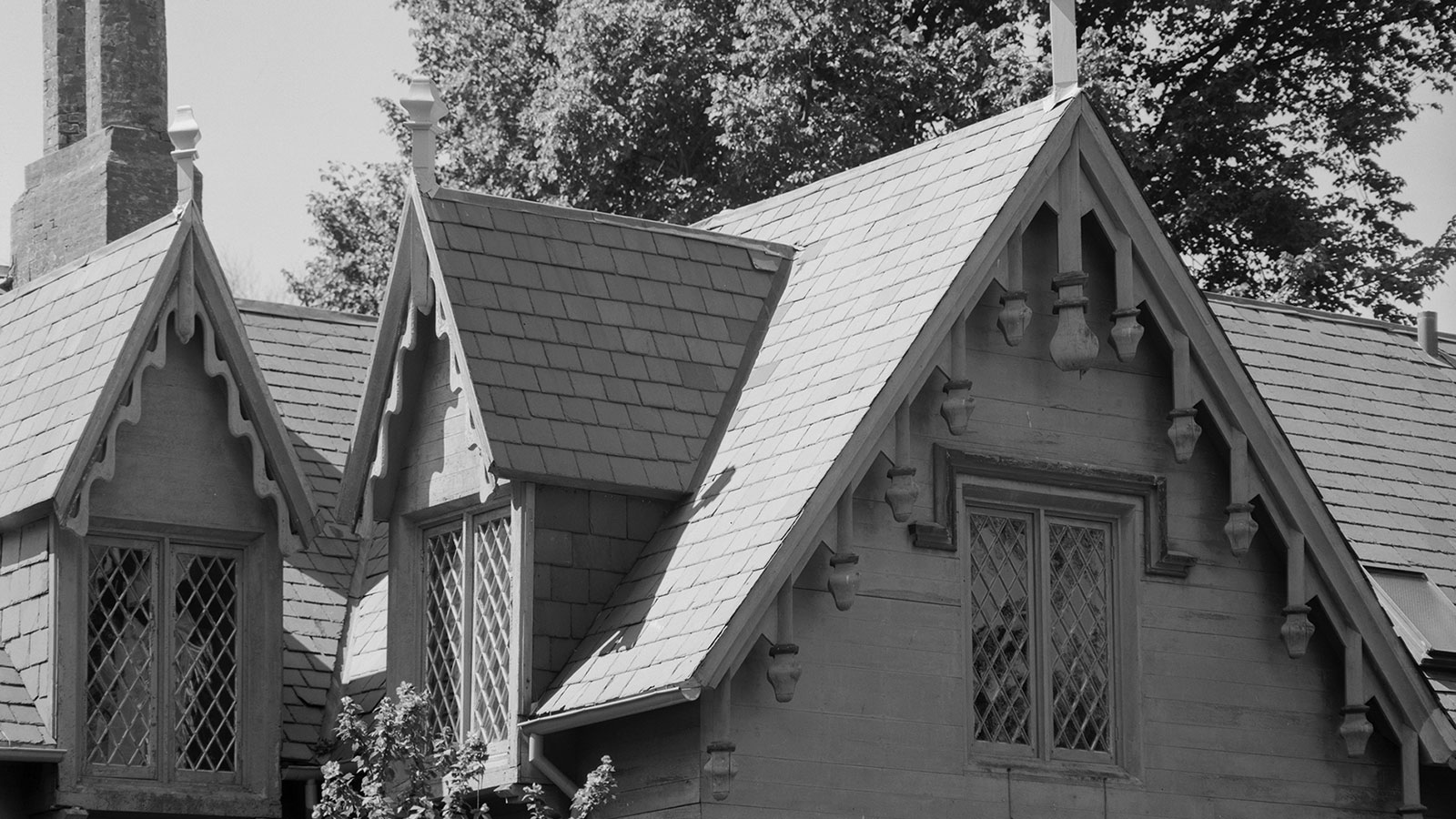 In the 1820s, Newport, Rhode Island was still rebuilding from the devastation of the Revolutionary War, which left 900 buildings demolished, and the War of 1812, which had seen a blockade against the town. But things were finally beginning to pick up. Tourists had discovered Newport's quiet charm, and boarding houses and a hotel were constructed as wealthy people began to summer in Newport.

In the late 1830s, George Noble Jones, who owned plantations in Florida and Georgia, decided to build a summer cottage. He sought out architect Richard Upjohn, who mixed design elements of castles, homes, tournament tents, and his own fertile imagination to create an elaborate and fanciful composition. Construction began in 1839; the home was completed in 1841.

More castle than cottage, the Gothic Revival design for Jones's summer home, later named "Kingscote," was highly influential. Americans had just begun to experiment with exotic revival styles at this time. The Gothic Revival mansion later called Lyndhurst was under construction near New York City, and the Gothic Revival style spread across the United States thanks to publications of the 1840s.

Kingscote was also one of the earliest in what became a long tradition of opulent summer cottages built for the wealthy. By the early 1850s, a dozen families from Boston, South Carolina, and other locations had established summer residences.

Kingscote was expanded in 1881 by McKim, Mead & White; their dining room addition continued the tradition of eclectic design, with a blend of colonial and Eastern influences.

During the Civil War, the house was sold to William Henry King. By the end of the nineteenth century, Kingscote was just one of dozens of massive summer "cottages" lining the drives and waterfront of Newport.

Today, Kingscote, the Isaac Bell House, and six other "summer cottages" are operated by the Preservation Society of Newport County.