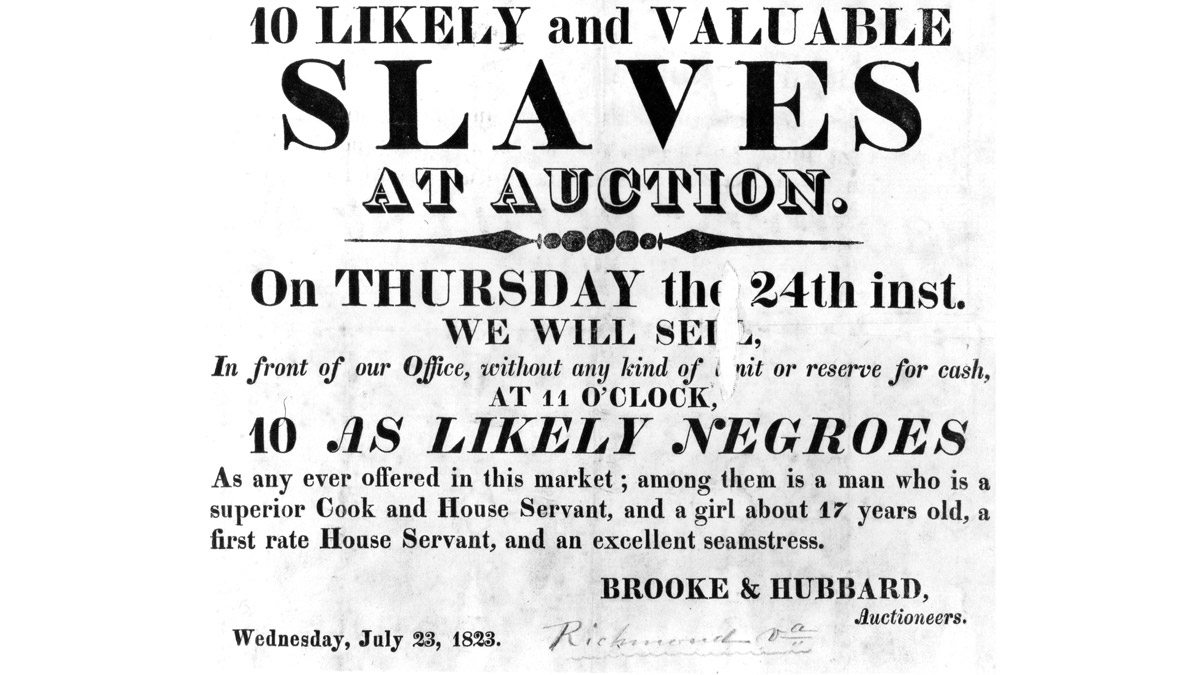 Slavery has a long and complex history in the State of Illinois. The practice was first brought to the Midwest by French explorers in the mid-1700s and became well established in the region. It was later prohibited in lands covered by the Northwest Ordinance of 1787 (which included the future state of Illinois), but the ordinance fell short of ending slavery because it allowed residents to retain all possessions, including slaves.

In 1818, Illinois was admitted into the Union as a "free" state, but slavery continued and free blacks were oppressed by a series of restrictive state laws that denied them fundamental freedoms. These Illinois Black Laws (also known as Black Codes) were observed from 1819 - 1865. Under these laws, blacks could not vote; testify or bring suit against whites; gather in groups of three or more without risk of being jailed or beaten; and could not serve in the militia and thus were unable to own or bear arms. Blacks living in the state were required to obtain and carry a Certificate of Freedom; otherwise, they were presumed to be slaves. The Illinois constitution also allowed indentured servitude at the salt mines in southern Illinois. The mines provided significant income for the state, and served as an American presence in what the United States government considered vulnerable frontier territory.

Illinois Black Laws were repealed in 1865, the same year the United States Congress ended the legal institution of slavery with the passage of the 13th Amendment.

Slaves in the Illinois salt mines

Glennette Tilley Turner, an expert on Illinois' Underground Railroad, talks about slavery in the salt mines of Equality, Illinois.

John Jones was an outspoken civil rights activist and a committed leader in the fight to repeal Illinois' Black Codes. He was born in North Carolina to a free mulatto mother and a father of German descent. Trained as a tailor, the 23-year-old Jones moved to Chicago with his wife Mary Richardson Jones in 1845. Though he arrived in the city with just $3.50 in his pocket and had no formal education, Jones developed a thriving tailoring business, invested in real estate, and by 1860 was one of the nation's wealthiest African Americans. In 1871, Jones was elected the first black Cook County Commissioner.

Not long after his arrival in Chicago, Jones befriended local abolitionists Charles V. Dyer, a physician, and noted lawyer Lemanuel Covell Paine Freer. Freer taught Jones to read and write. Jones saw the value of the skills for business and also put them to masterful use in abolition work, including the publication of a 16-page pamphlet entitled The Black Laws of Illinois and Why They Should Be Repealed. Jones also worked tirelessly in the struggle against the Fugitive Slave Act of 1850, which denied runaway slaves the right to trial by jury and imposed high fines on anyone who aided slaves or interfered in their capture. 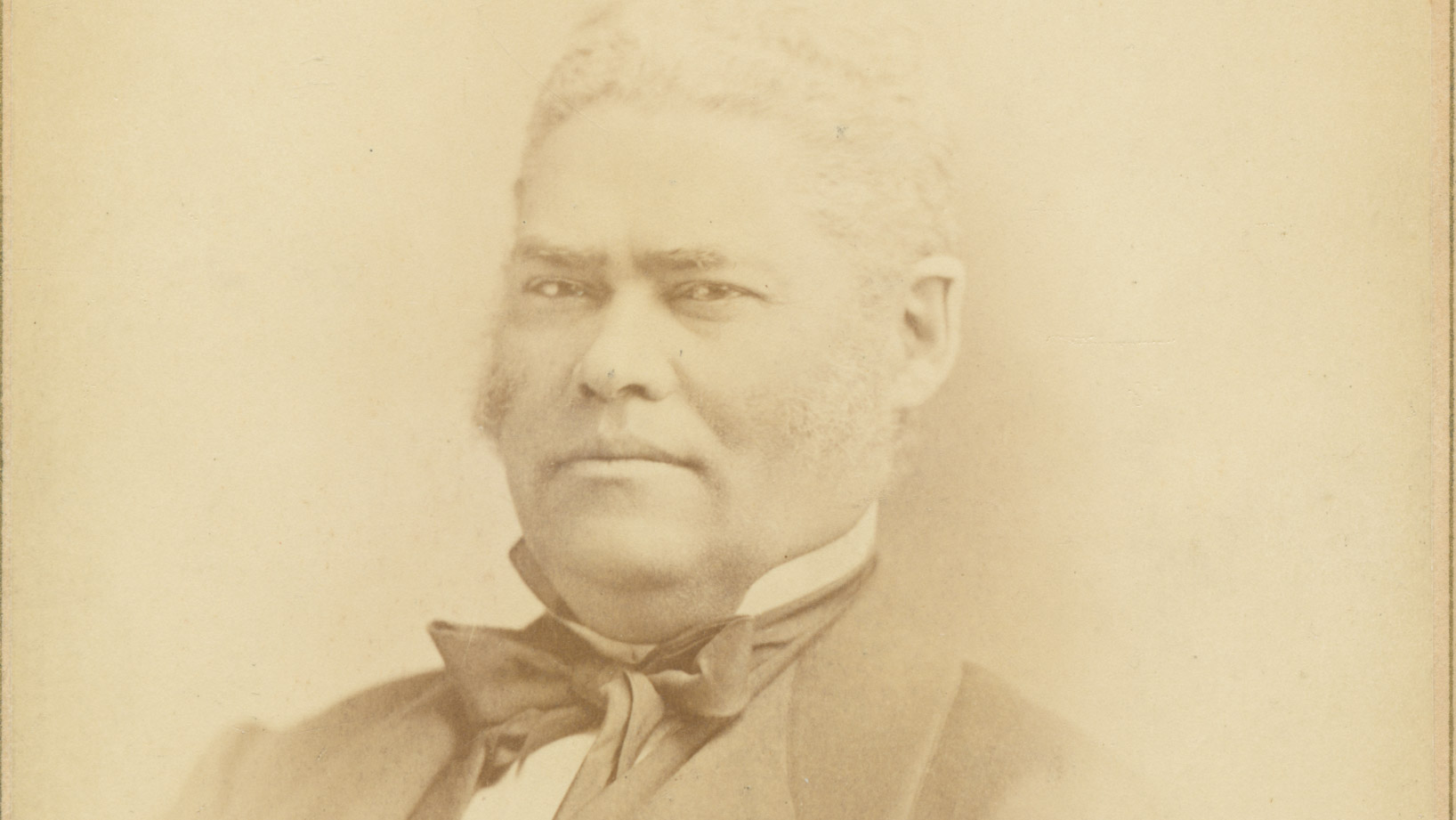 John Jones was one of the first African Americans to win elective office in the North. (Source: Chicago History Museum) 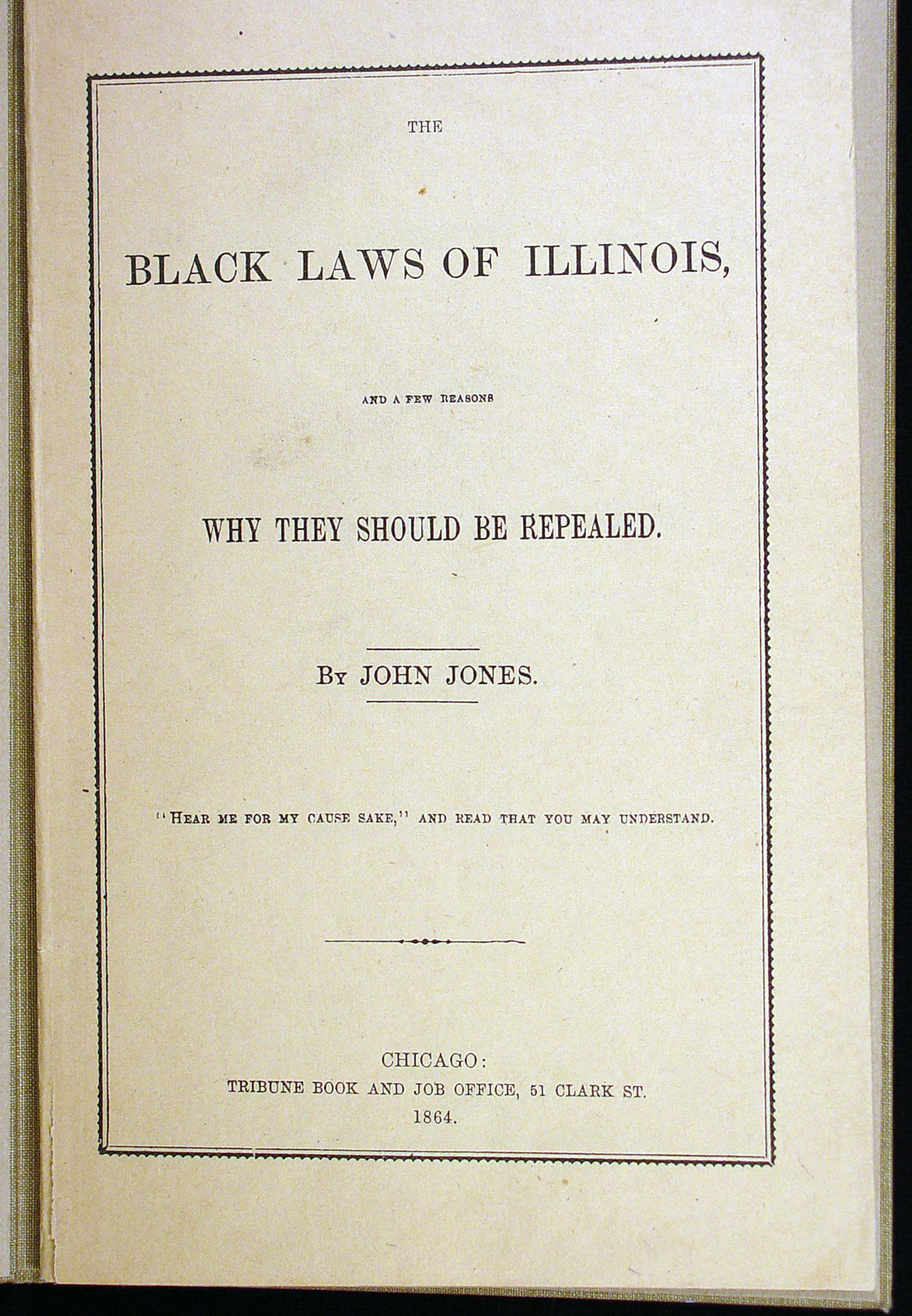 Front cover of The Black Laws of Illinois and Why They Should Be Repealed written by John Jones. (Source: Vivian Harsh Collection) 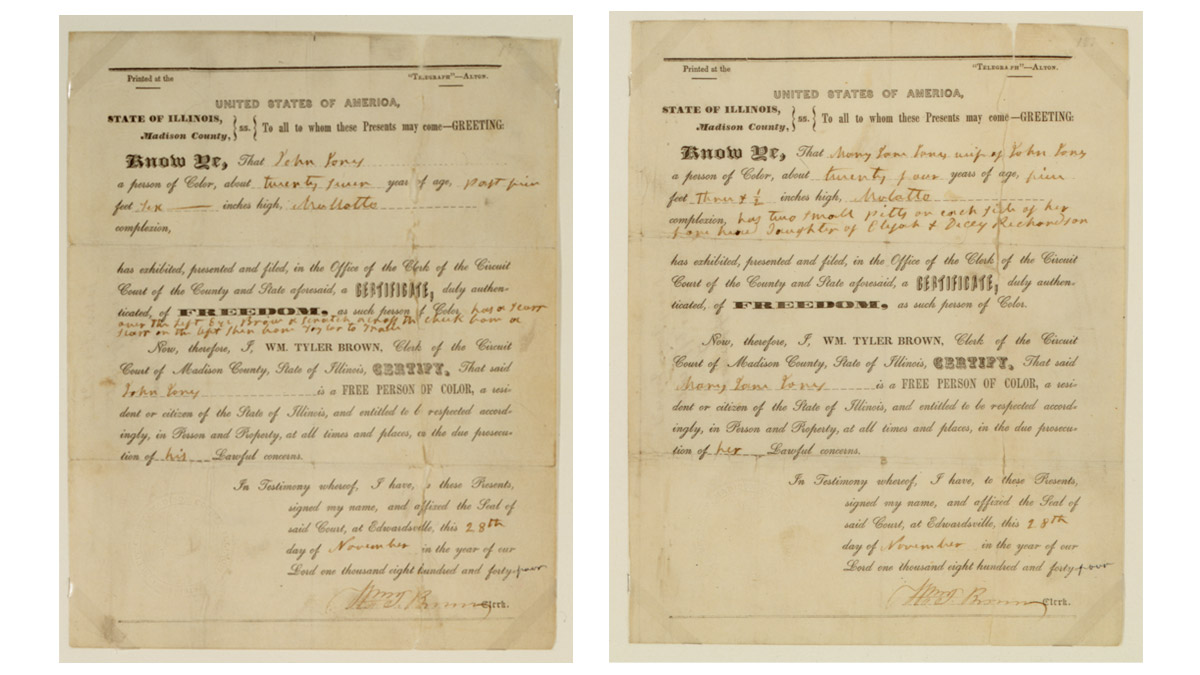 Mary Jane Richardson Jones was born a free African American in Tennessee. While living in Memphis, Tennessee, she met John Jones and fell in love, but the couple temporarily separated when the Richardson family moved to Alton, Illinois. John later followed Mary to Alton and they married in 1844. While traveling to their new home in Chicago, they were suspected of being runaway slaves and detained. Fortunately, the stagecoach driver confirmed their status as free blacks and they were allowed to continue on their way.

Mary Jones became an active member in the abolitionist movement in Chicago. She opened her home at 119 Dearborn to fugitive slaves and provided a space for abolitionists to meet. Her daughter called the family home a "haven for escaped slaves" and believed the family was personally responsible for helping hundreds of runaway slaves travel to Canada. The actions of the Jones family reflected the strong will of their community. When Congress passed the Compromise of 1850 and the provisional bill, the Fugitive Slave Act — which required citizens to assist in the recovery of fugitive slaves, denied a fugitive's right to a jury trial, and made filing a claim easier for slave owners — John Jones stood before a capacity black audience at the African Methodist Church on Wells Street and proclaimed the community's resolve to fight against the return of any black person to bondage.

"We are determined to defend ourselves at all hazards, even should it be to the shedding of human blood. We who have tasted freedom are ready to exclaim in the language of the brave Patrick Henry, 'Give us liberty or give us death.'" 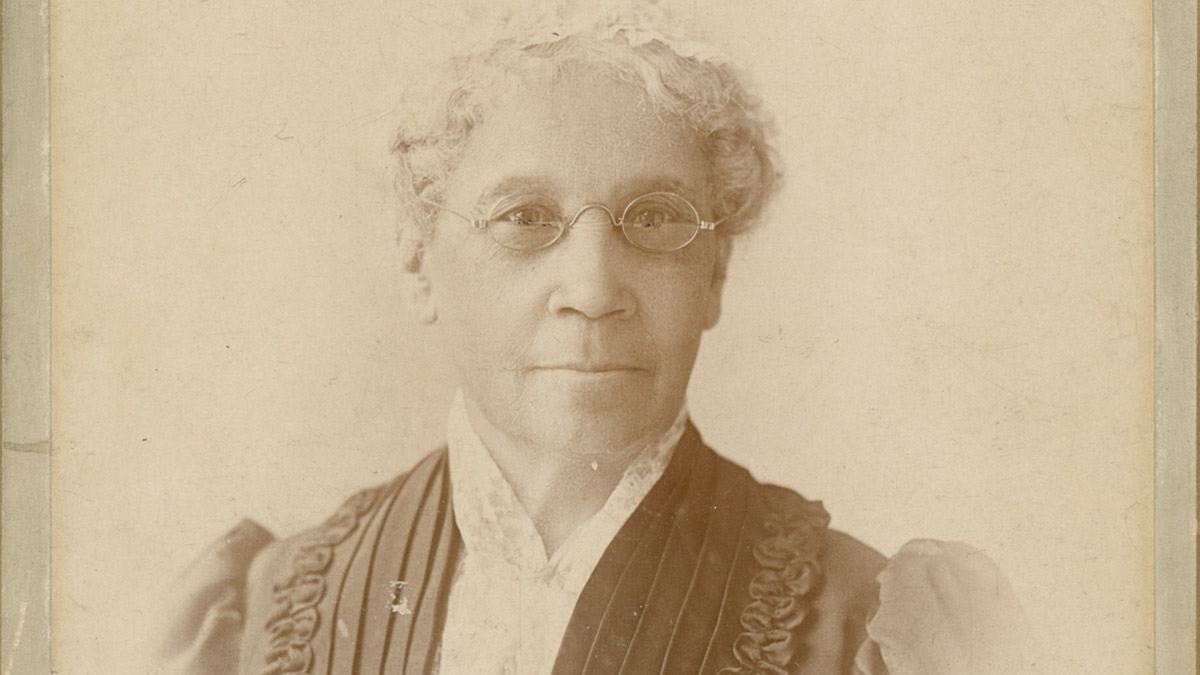