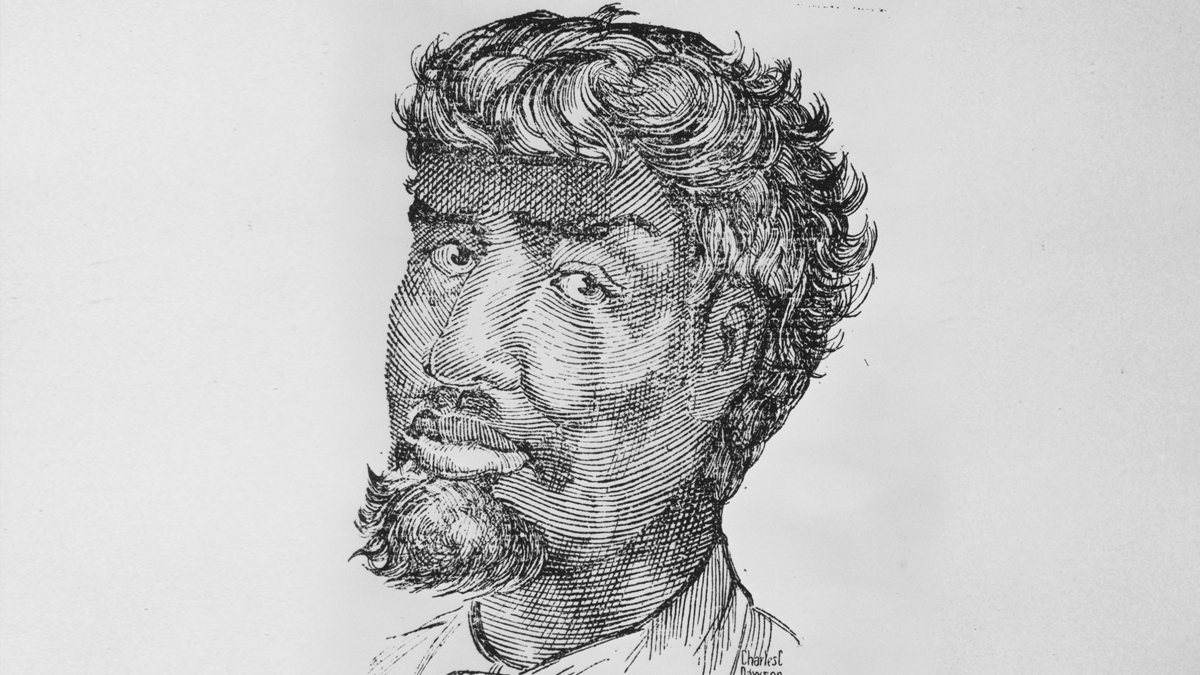 Next: Slavery in Illinois >

The first permanent settler in Chicago was a black man named Jean Baptiste Point DuSable. He may have been born on the island of Haiti around 1745 to a French mariner and a mother who was a slave of African descent.

DuSable was educated in France and then, in the early 1770s, sailed to New Orleans. From there, he made his way up the Mississippi River to Peoria, Illinois where he married a Potawatomi woman named Catherine in a tribal ceremony. The couple had two children, Jean Baptiste Point DuSable, Jr. and Suzanne. The marriage was formally recognized before a Catholic priest in Cahokia, Illinois in 1778.

DuSable settled along the northern bank of the Chicago River near Lake Michigan ca. 1779 and developed a prosperous trading post and farm. His cabin is often depicted as a modest structure, but written descriptions of the property suggest that DuSable may have lived more than a modest life.

According to original manuscripts documenting the sale of DuSable's property, the cabin was spacious, boasting a roomy salon with five rooms off each corner. The property featured a large stone fireplace, bake and smoke houses, stables and huts for employees, along with a fenced garden and orchard. Household furnishings included paintings, mirrors, and walnut furniture.

At his trading post, DuSable served Native Americans, British, and French explorers. He spoke Spanish, French, English, and several Native American dialects, which served him well as an entrepreneur and mediator.

Was Chicago named after a sneeze?

Margaret Burroughs reads her essay on the wild frontier in which DuSable lived.