When the Woodlawn neighborhood was threatened with the southward expansion of the University of Chicago, T.W.O successfully organized against the plan which would have engulfed the community and displaced low-income blacks and other residents. The group effectively used protests and boycotts to protect residents and advocate for their needs. Ultimately, a collaborative working relationship was established between T.W.O and the university which created new institutions in the Woodlawn area, and gave residents a leadership role in decisions that impacted their community. 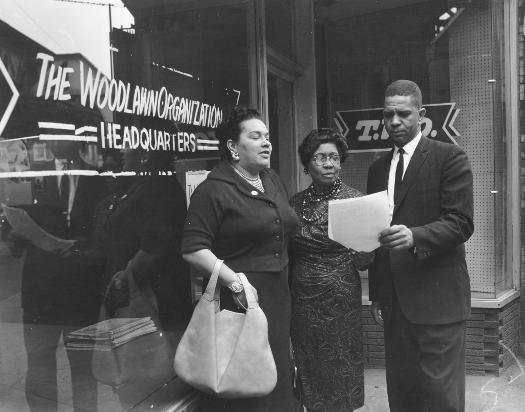 In the late 1960s and early 1970s, T.W.O instituted Model Cities programs, funded by the federal government. The programs, which addressed housing, health care, employment, schools, and social welfare, were based on a model of "self-determination" through focused community involvement. The philosophy continues to drive the organization today. In addition to the development of affordable homes  the organization has built or rehabilitated more than 2,000 homes and apartments since 1972  T.W.O oversees more than $8 million in social services provided to the community.