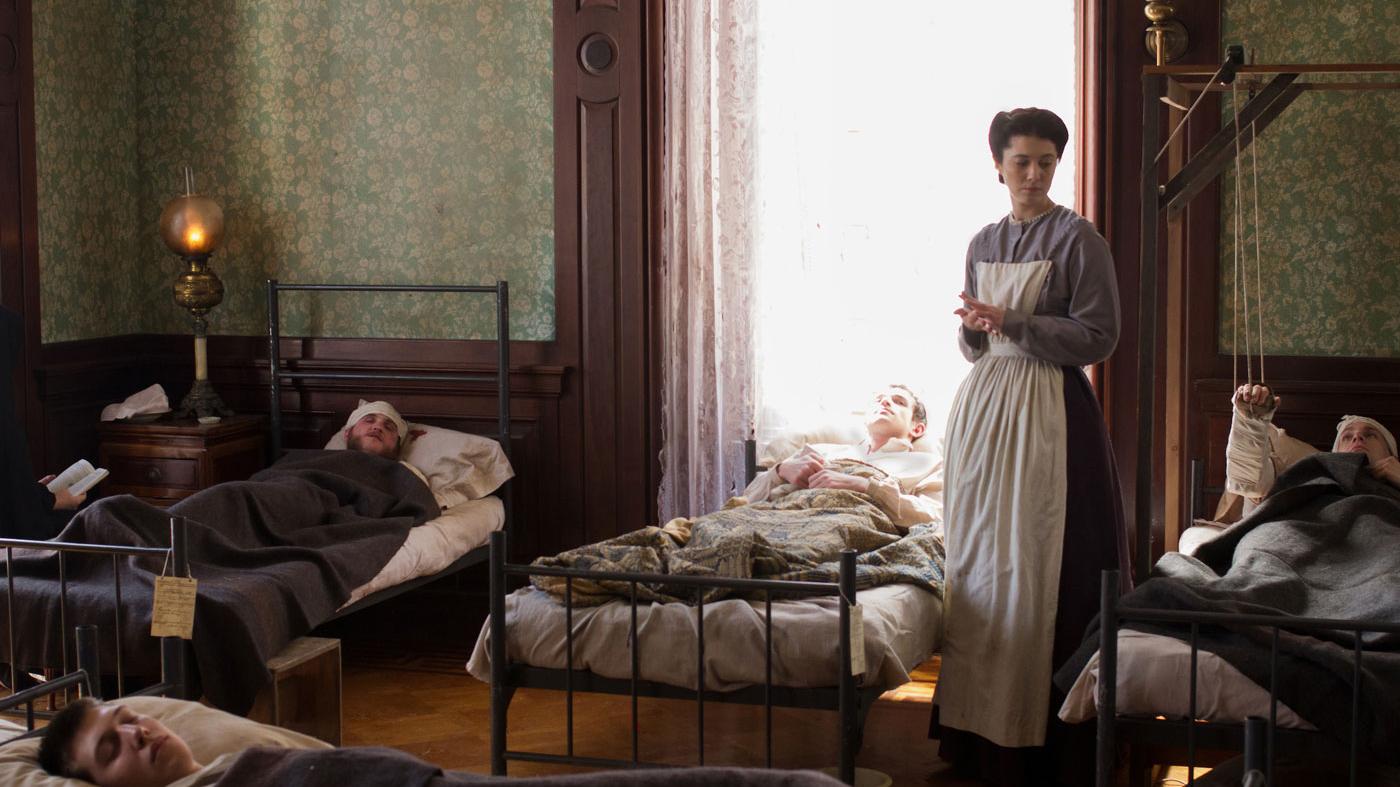 The hospital is reeling in the wake of Lincoln's visit. Photo: PBS/Erik Heinila

Mercy Street is available to stream by Passport members. Recap the following episode and whole season.

Though almost a year has passed here in the non-TV world since the first season of Mercy Street ended, the second season picks up immediately after the events of the finale. President Lincoln is leaving Alexandria after narrowly avoiding death from a Confederate plot, and much of “Balm in Gilead” deals with the fallout of that assassination attempt.

Silas Bullen, the morally bankrupt Mansion House steward, is found bleeding out from the stab wound he sustained when Frank Stringfellow and his Confederate compatriots laid the bombs for the assassination attempt. Detective Allan Pinkerton is snooping around, sensing a scheme to murder Lincoln. Frank himself is attempting to cover his tracks in the wake of the plot, which he stopped at the last minute out of affection for his fiancée Emma Green. He stages a break-in to his office, from which an incriminating tunnel led to Mansion House, and asks Alice Green, a new member of a Confederate resistance in Alexandria and Emma’s sister, to hit him to complete the image.

Drs. Hale and Foster save Bullen by suturing his intestine and dressing the wound, with some cool snipes fired at each other over the bleeding man. Bullen is still unconscious, so he can’t reveal his assailant. But Pinkerton is snooping around and finds the tunnel into the basement of Mansion House. Upon discovering it terminates at Frank’s office, he questions the young spy, who pleads innocence. 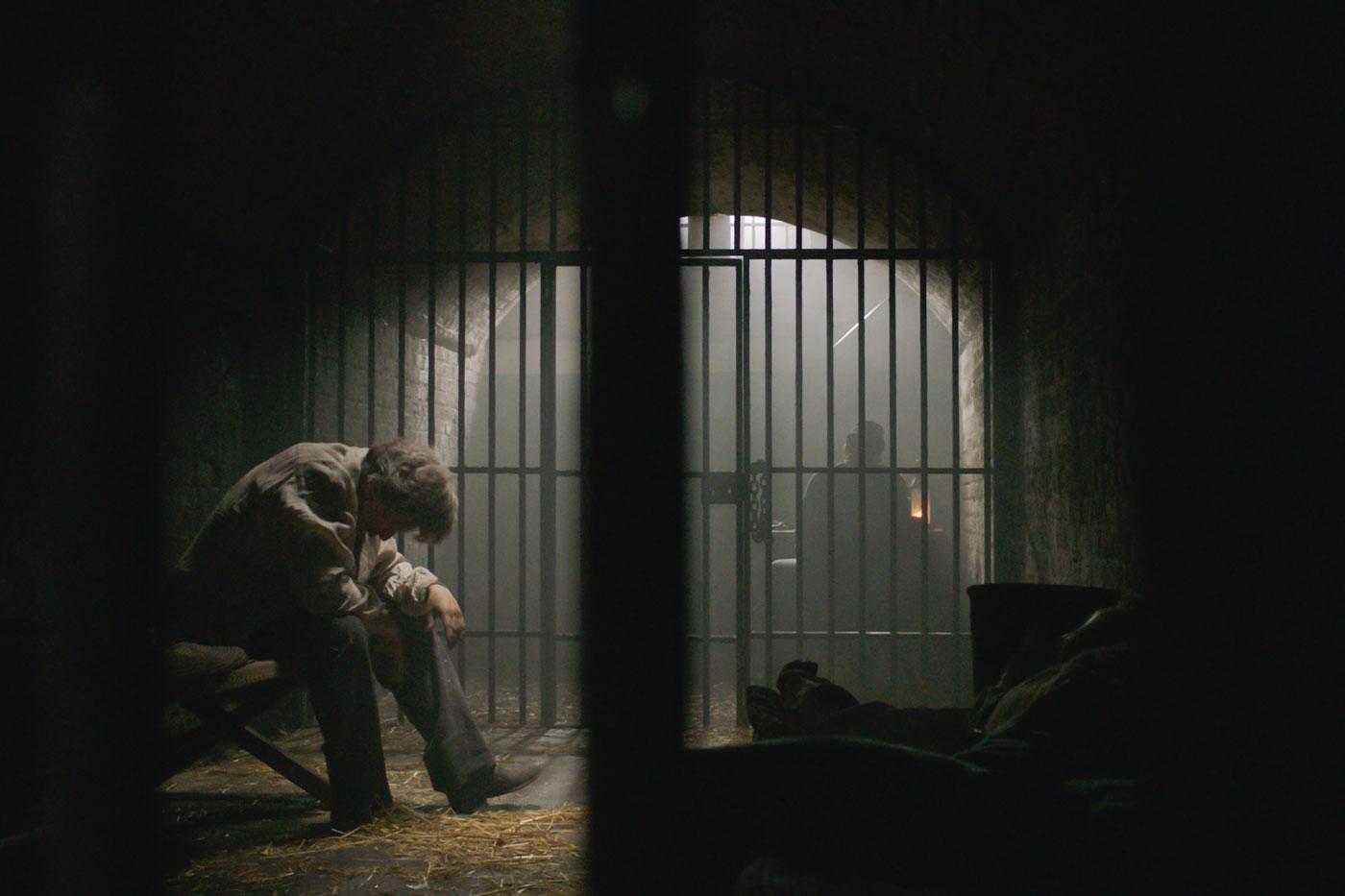 The patriarch of the Green family has been moved to a jail in Washington, but he will soon be free. (PBS/Erik Heinila) James Green has been moved to a jail in Washington City for refusing to sign the Union oath. In order to free him, his son Jimmy has signed it instead. Emma finds work for the newly freed Green servant, Belinda, in the hospital kitchen−but she and the other cooks are off to a bad start. Meanwhile, Frank is hiding out in the Green basement. When Emma asks him if he has been hiding things from her, he hedges and says he’ll never lie again.

Back at the hospital, the simmering romance between Jed and Mary finally flares up and they share a kiss. But the arrival of Charlotte Jenkins, a northern abolitionist who has arrived to help the Contrabands upon hearing of their condition in Mary’s letters, soon cools the relationship once again. Charlotte has discovered smallpox amongst the Contrabands. She requests a quarantine tent near the hospital in order to prevent the disease’s further spread.

But Jed, who is serving as interim hospital director until Dr. Summers’s replacement arrives, resists. To overcome his blind, callous prejudice, Charlotte has to argue that the epidemic will eventually infect white people if something is not done. No matter that there are already people dying−to Jed, they are invisible. Neither he nor any of the other doctors even noticed the outbreak despite working in proximity to the Contrabands. 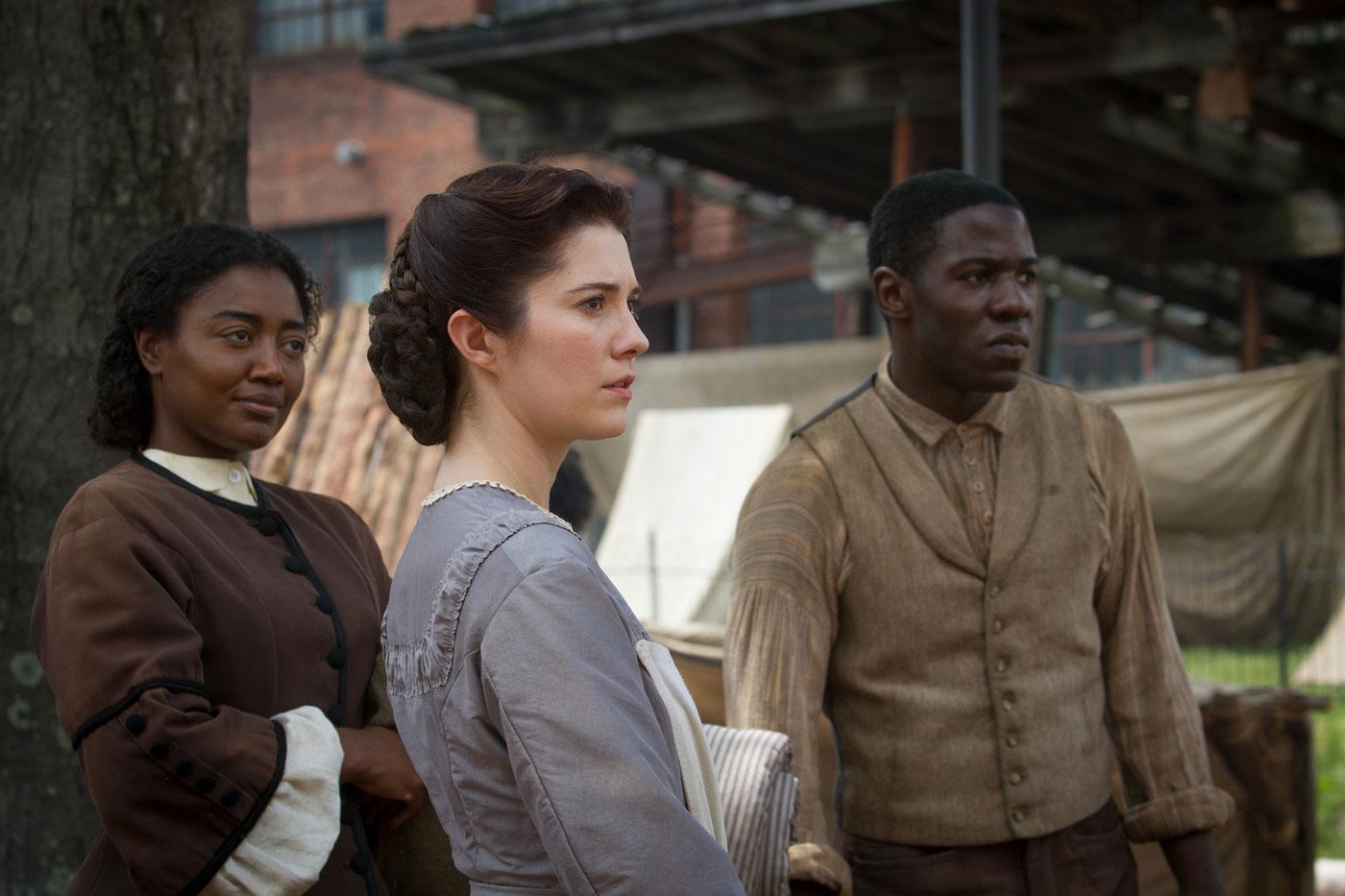 Mary's letters describing the state of the contraband camps brought Charlotte Jenkins to Alexandria. (PBS/Erik Heinila) Mary’s growing affection for Jed is shattered by her realization of his prejudice and his putting up of false appearances. She cruelly throws his impending divorce in his face, says she regrets the kiss, and tells him “I will not be beguiled again.”

Emma and Frank’s relationship also quickly goes south. Worried that Bullen will name him now that he has woken up, Frank walks into Mansion House and slashes the steward’s throat. (It is emblematic of the chaos of the war-time hospital that he can simply walk in and cut a patient’s throat without anyone seeing him.) Emma sees him leaving in distress and suspects the truth. Like Mary, she confronts her beau for his lies, realizes he was part of the near-assassination of Lincoln, and kicks him out of the Green household.

Emma’s reckoning with the truth of Frank’s activities also helps push her into deciding to continue working as a nurse at the hospital, even though it now contains mostly Union soldiers. She is slowly turning away from the Confederacy, or at least recognizing that loyalty doesn’t matter when someone needs help. 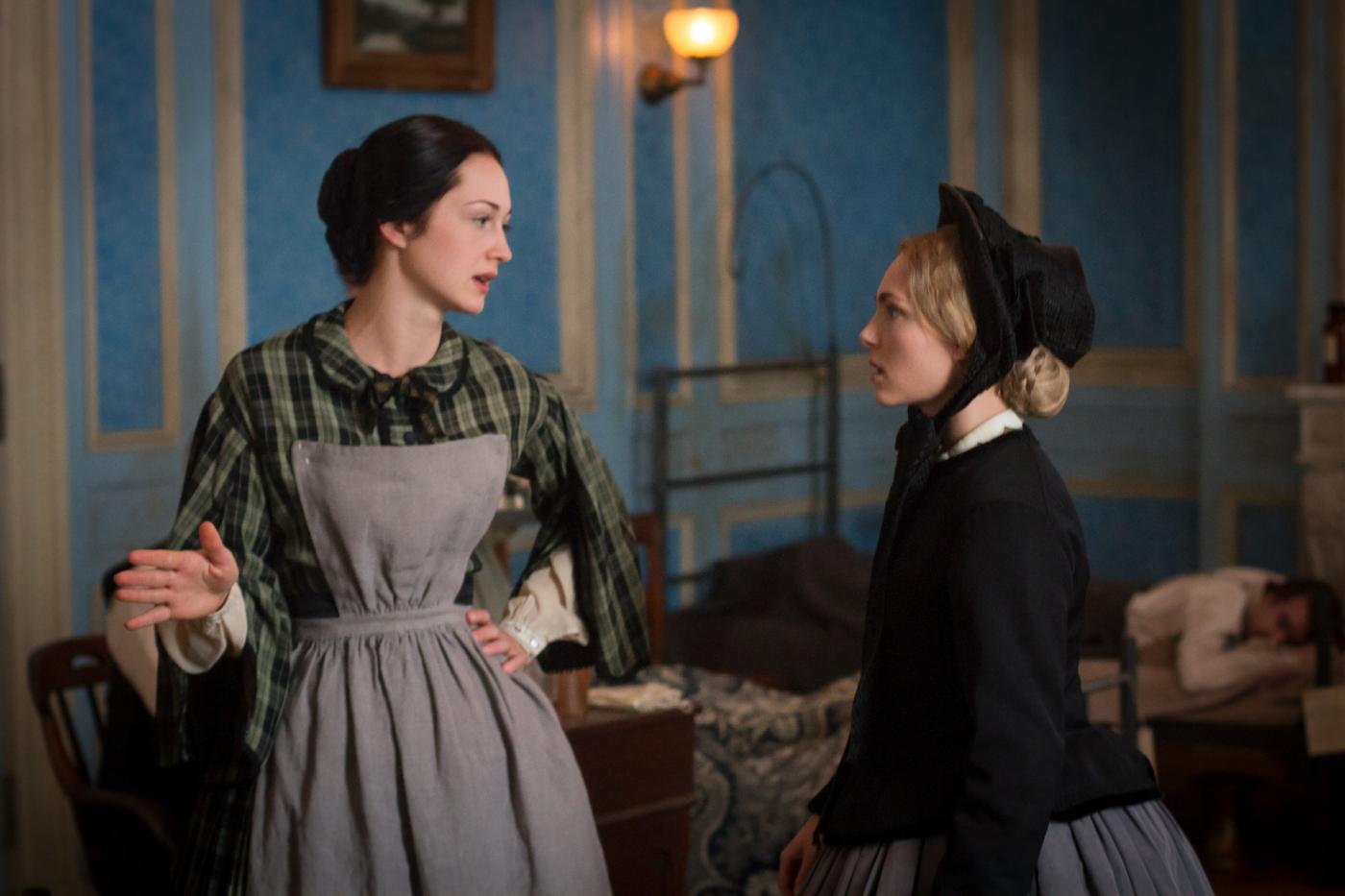 Emma is slowly moving away from Confederate ties while he sister Alice deepens her own loyalty. (PBS/Erik Heinila) Foster and Hale again convene above Bullen, this time to suture his throat closed. He’s lost too much blood, however, so Jed tries out a newfangled medical technique: a blood transfusion, using Hale’s blood. Bullen recovers and names “the dentist”−that is, Frank−as the one who slashed his throat, and Pinkerton sets out on his trail.

James Green arrives home from jail, but it is not Jimmy’s signing of the oath that freed him. Rather, it was Emma’s intervention with Lincoln. James is disgusted by Jimmy’s capitulation−“everything you do deepens our shame.” The new head of the hospital arrives. Major McBurney is young, handsome, and strict, and that’s all we get for now.

Samuel, having seen Aurelia off north, has bought a steamer ticket to Boston. Once Jed procures his travel papers and he saves up a bit more cash, he’s following Aurelia. But when the father of Aurelia’s child appears looking for her−they were sold apart−Samuel pretends she was never at Mansion House.

And we end, as always, on a cliffhanger. Mary has caught smallpox.

Mercy Street airs on Sundays at 7:00 pm, and is available to stream here.