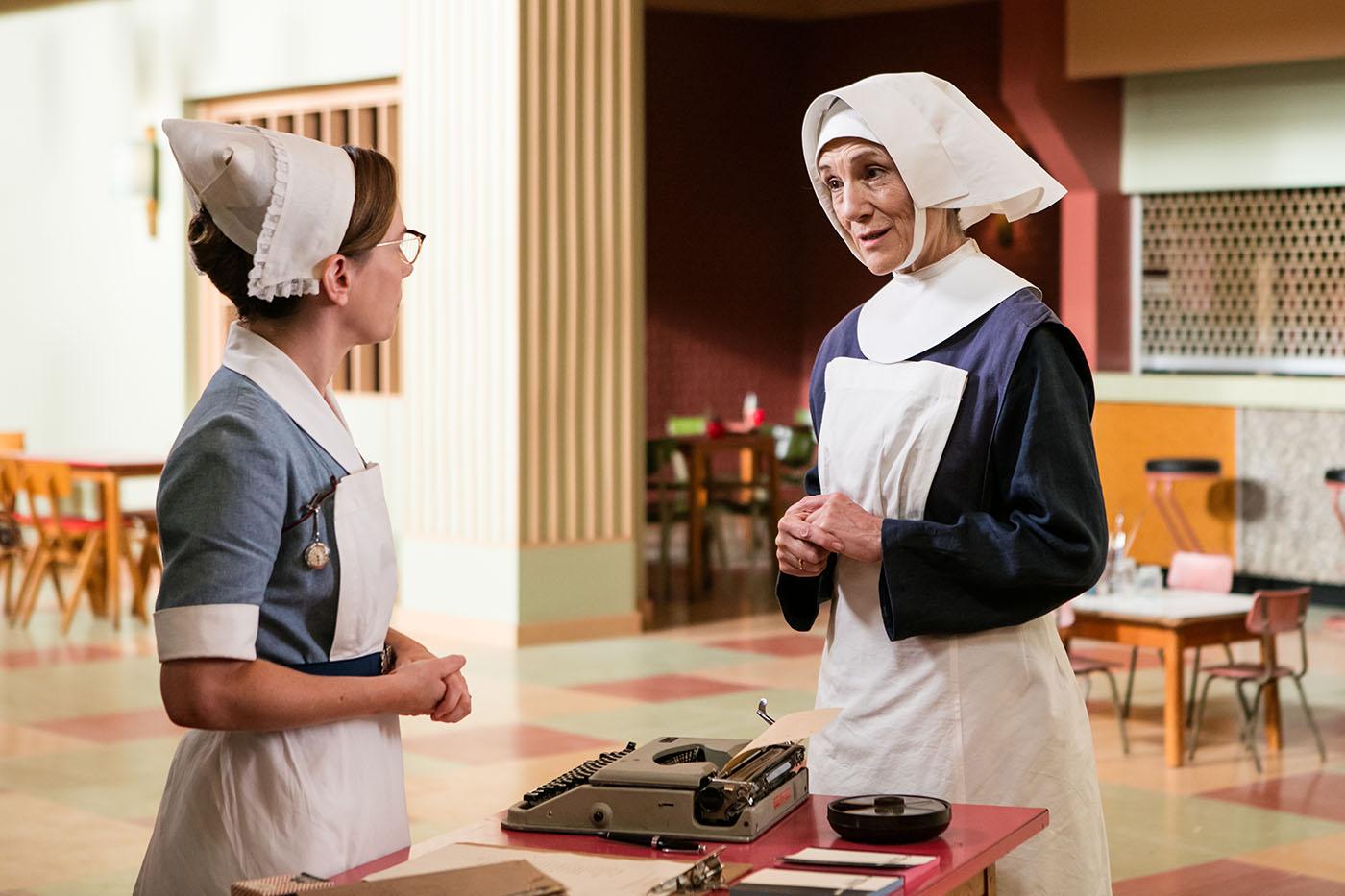 Sister Ursula is making drastic changes at Nonnatus, and they're not to the staff's liking. (Courtesy of Neal Street Productions 2016)

Read our recaps of the following episode and other seasons of Call the Midwife.

There’s been a change in leadership at Nonnatus House. Upon the staff’s return from South Africa, Sister Ursula has been put in charge over Sister Julienne, and it is clear that her reign will be strict and abstemious. Immediate examples: she chides Sister Monica Joan for dancing to the television, then has the TV removed entirely; the “celebration” luncheon for the staff’s return consists of cold cuts, bread, and water; and Sister Mary Cynthia is strongly advised to study instead of joining the other women for social time. If there’s one thing Mary Cynthia doesn’t need right now, still fragile as she is from being assaulted, it’s pressure.

It doesn’t help that the case of the week brings back painful memories of the assault, as it involves domestic violence. The first hint that something is amiss in the relationship between Trudy and Lester Watts comes when Nurse Crane arrives at their house to inform Trudy that she has scheduled an appointment at the eye doctor for her adorable young son Mickey – he has astigmatism and must wear glasses with one lens covered to help correct it. Nurse Crane encounters a rollicking party at the couple’s flat, and finds Lester lasciviously removing the stockings from a very pregnant and slightly uncomfortable Trudy as other people look on. 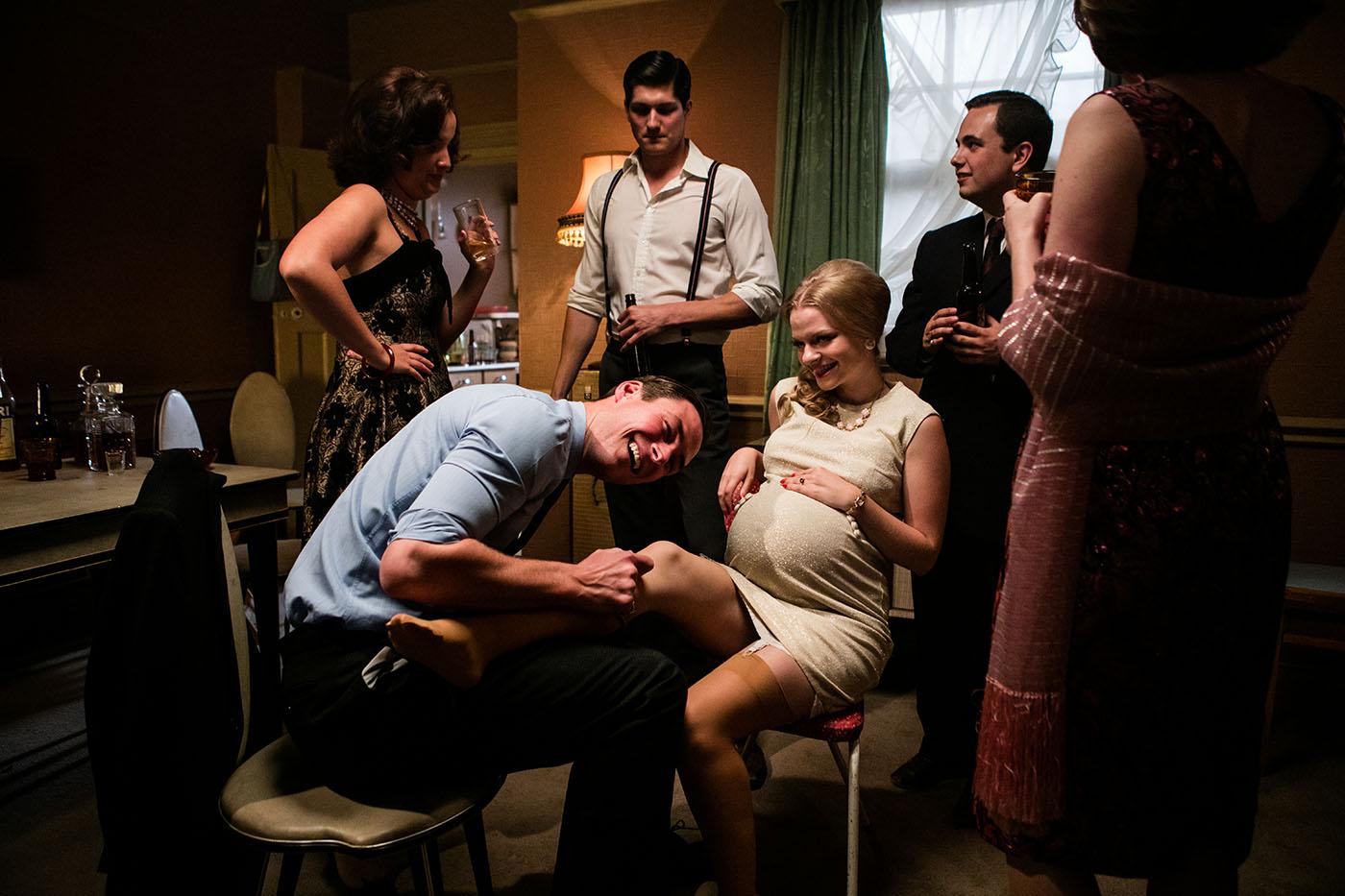 Trudy Watts suffers an abusive husband, Lester. (Courtesy of Neal Street Productions 2016) In the aftermath of the party, Lester tries to force himself upon Trudy despite her protestations. He knocks her over and leaves to go find a prostitute. When Trudy struggles to her feet with tears in her eyes, she sees that Mickey has unblinkingly observed the whole episode, and she heartbreakingly tries to reassure him that everything is okay.

As Trudy nears her due date, the situation only escalates. When Barbara arrives at Mickey’s school to bring him to the eye doctor, he isn’t there. Lester has brought him to a gym to teach him to box, despite his frail form and shy disposition. Before Trudy arrives to intervene, Mickey has been felled by a punch. She goes to the police, and we learn that Lester has served time in prison, but that he is in his right to pick up Mickey from school.

In retaliation for going to the authorities, Lester burns Trudy with a cigarette and locks her in a room, then leaves the house. Once again, she tries to present a good face to Mickey as he sits outside the locked door. But when her contractions begin, she calls for him to slide a knife under her door. She hacks away at the lock, frees herself, and stumbles to Nonnatus House with Mickey in tow. Her water breaks, and she gives birth in the kitchen to a baby girl. (In the heat of the moment, Sister Julienne takes charge over Sister Ursula, and is later chastised for overstepping her authority.) 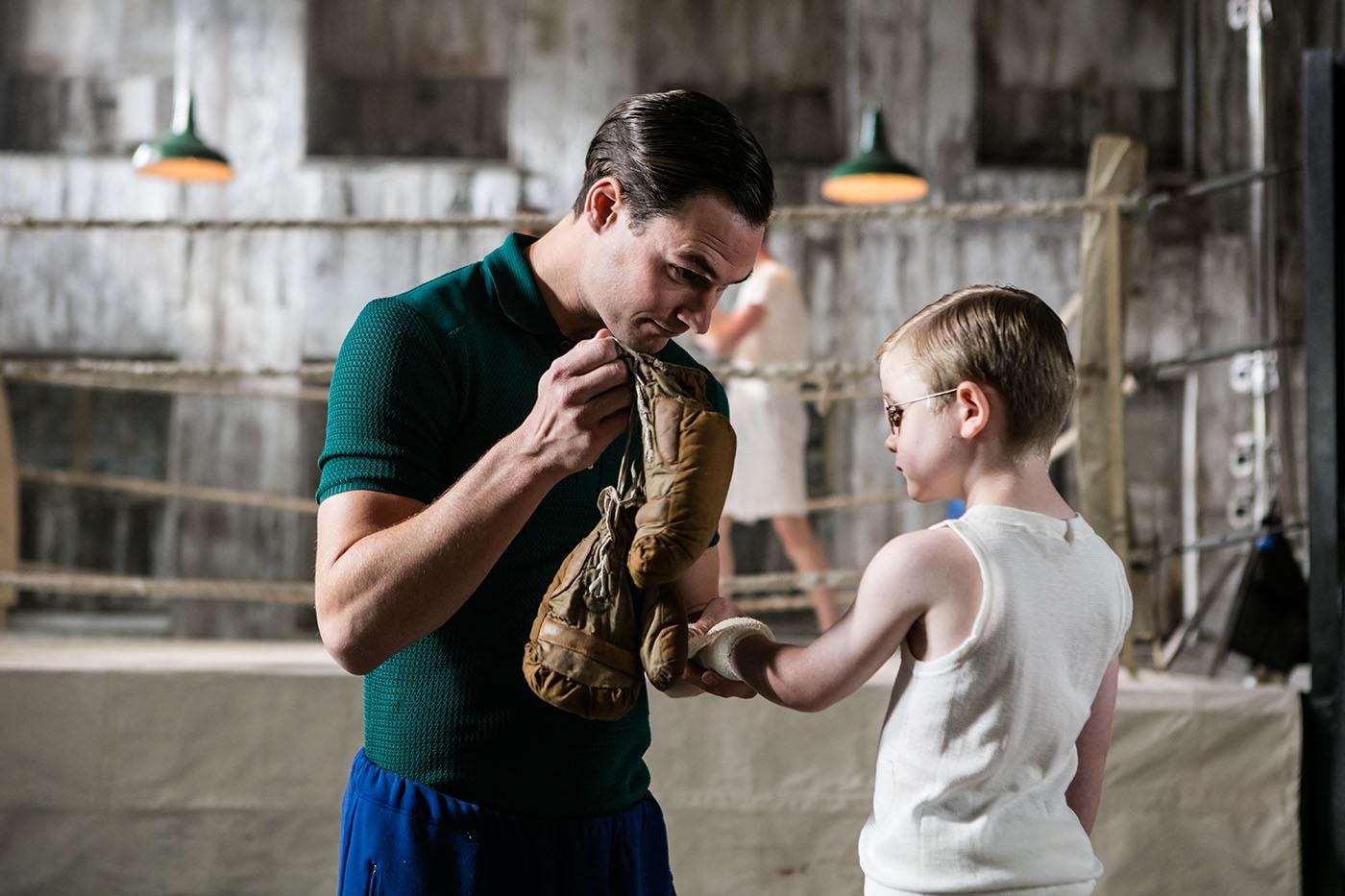 Lester tries to gain custody of Mickey, and the law is on his side despite his unfitness. (Courtesy of Neal Street Productions 2016) When Sister Mary Cynthia visits Trudy at her flat for a postnatal check-up, Trudy declares her independence from Lester. She has changed the locks and will raise her children alone. But while Mary Cynthia is there, Lester attempts to break in and the Sister suffers a breakdown as she flashes back to her own assault.

Safely back at Nonnatus House, Mary Cynthia is comforted by Sisters Julienne and Monica Joan. Dr. Turner also pays her a visit and suggests that she be sent to a retreat near her home to recover. Unfortunately, Sister Ursula unhelpfully intercedes, and instead ships Mary Cynthia off to a chapter house, even though the young Sister is beginning to doubt her faith.

Meanwhile, Lester is attempting to gain custody of his children, and the law supports him despite his awfulness. In the face of despair, Trudy abandons both Mickey and the infant girl at the police station and disappears. Once again, the law callously discriminates against her: she could get six months in prison for abandonment. But the midwives intervene to save her. There is fear that Trudy committed suicide, having already tried once, after Mickey was born. But Phyllis finds her sitting alone in a verdant area and convinces her to take the children back and try again. She wins custody and is rehoused away from Lester. 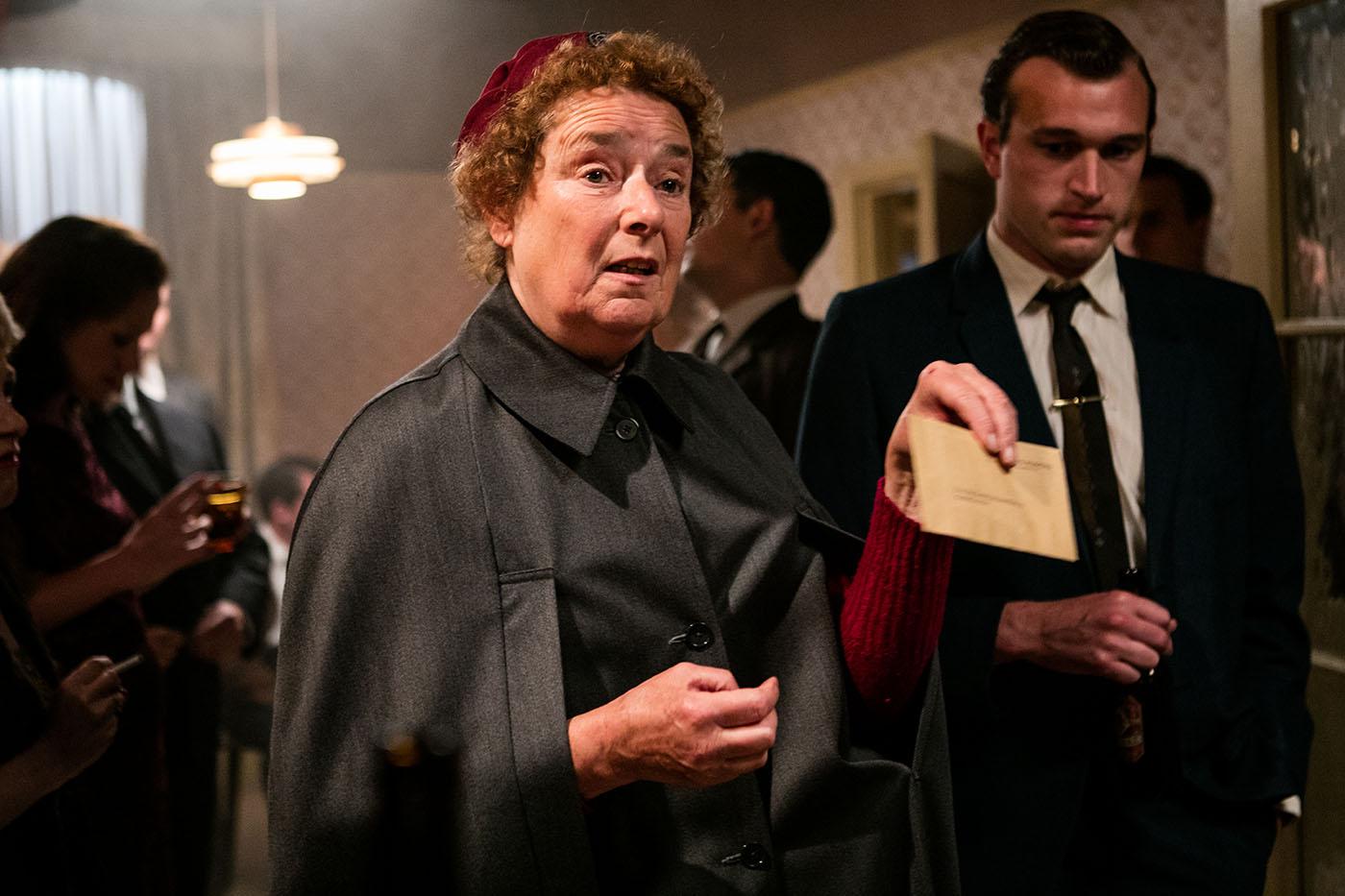 Nurse Crane comforts Trudy and finds her after she abandons her children out of desperation. (Courtesy of Neal Street Productions 2016) Some of the midwives also enjoy happy endings. Barbara returns from South Africa engaged to Tom, but he can’t afford a ring, a lack of which he is ashamed. So she pools her money and buys one instead. Shelagh is pregnant, even though she was told she wouldn’t be able to conceive. Patsy is in a less joyous situation. She has received a letter from Hong Kong informing her that her father is paralyzed and wants her to come to him. A difficult decision awaits.