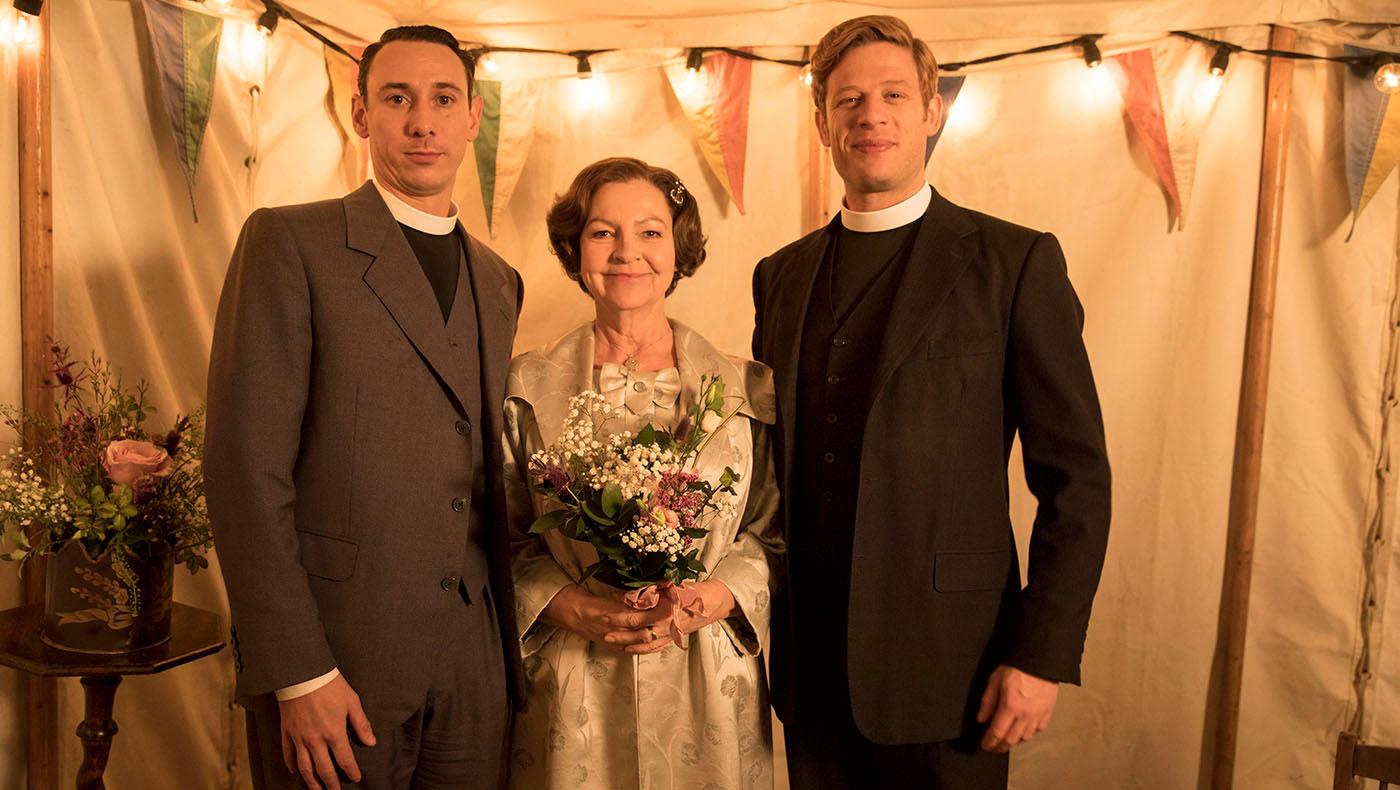 You can stream episodes of Grantchester. Recap the previous episode and other seasons.

Faced with an ultimatum, Sidney has chosen Amanda over his collar. He tells the archbishop that, while he still believes in God, he has lost faith in the strictness of the church itself. He will remain vicar at Grantchester until his letter of resignation is received by the Bishop, and then he will be replaced. 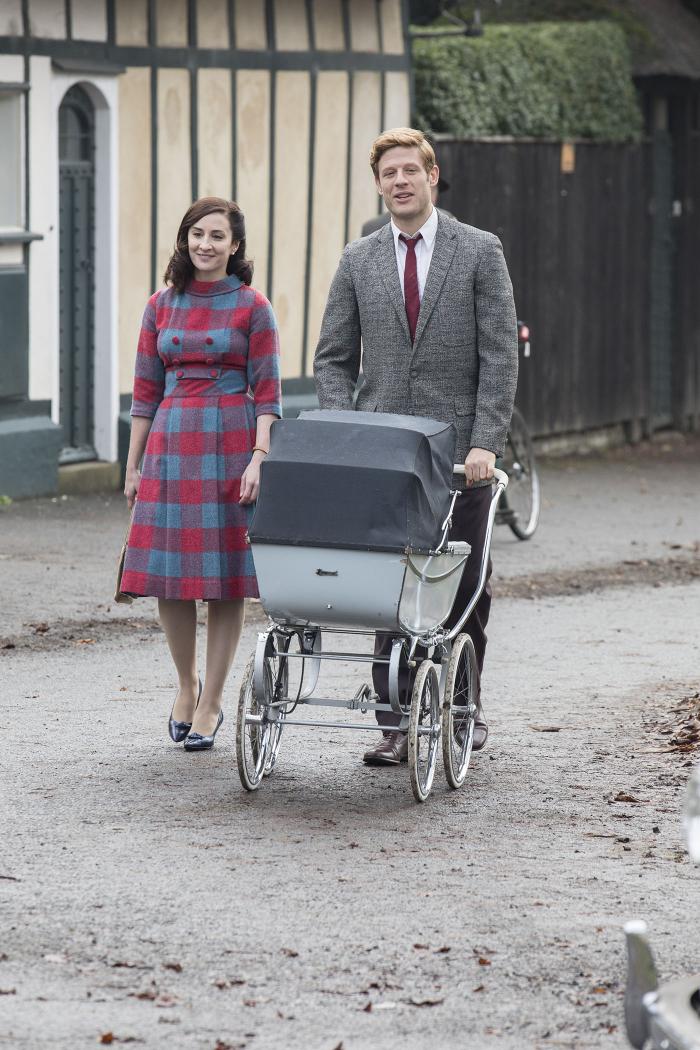 Sidney has chosen Amanda over the church. Photo: Colin Hutton and Kudos/ITV for MASTERPIECE While Sidney is preaching for one of the final times, a boy stumbles into the church, forehead bloody, and faints. He had been playing alone in the meadow when a man wearing a multicolored scarf approached. Fleeing, the boy tripped and cut his head. Sidney and Geordie bring the boy, Archie, back to his posh family, the Reillys.

Richard Reilly is a condescending, neglectful professor at Girton, a local women’s school, while his wife Charlotte is shy and quiet. Neither parent nor the maid Sally spends much time with Archie or his brother Jacob, so Sidney and Geordie go to the boys’ school to question their teacher.

Mark Davies shows the detectives Archie’s school locker, which contains a spy magazine with a cover depicting a shady man in a scarf. Mark suggests that Archie’s parents are “troubled,” hence the boy’s difficulty in school. Geordie assumes Archie, fuelled by his magazine, simply made up a story – until Jacob disappears while playing with Archie in the meadow. Taking Archie seriously, Geordie realizes that the scarf the boy described matches that of Girton, where Archie’s father teaches. When Geordie presents the Reillys with this evidence, Richard becomes flustered.

The town turns out to search for Jacob. Becoming increasingly frustrated, Richard accuses Daniel Marlowe, the photographer, of abducting the boy. When he hints at Daniel’s sexuality, Leonard indignantly defends his former lover. The pair later share an intimate conversation during which Daniel notices the scar from Leonard’s suicide attempt. 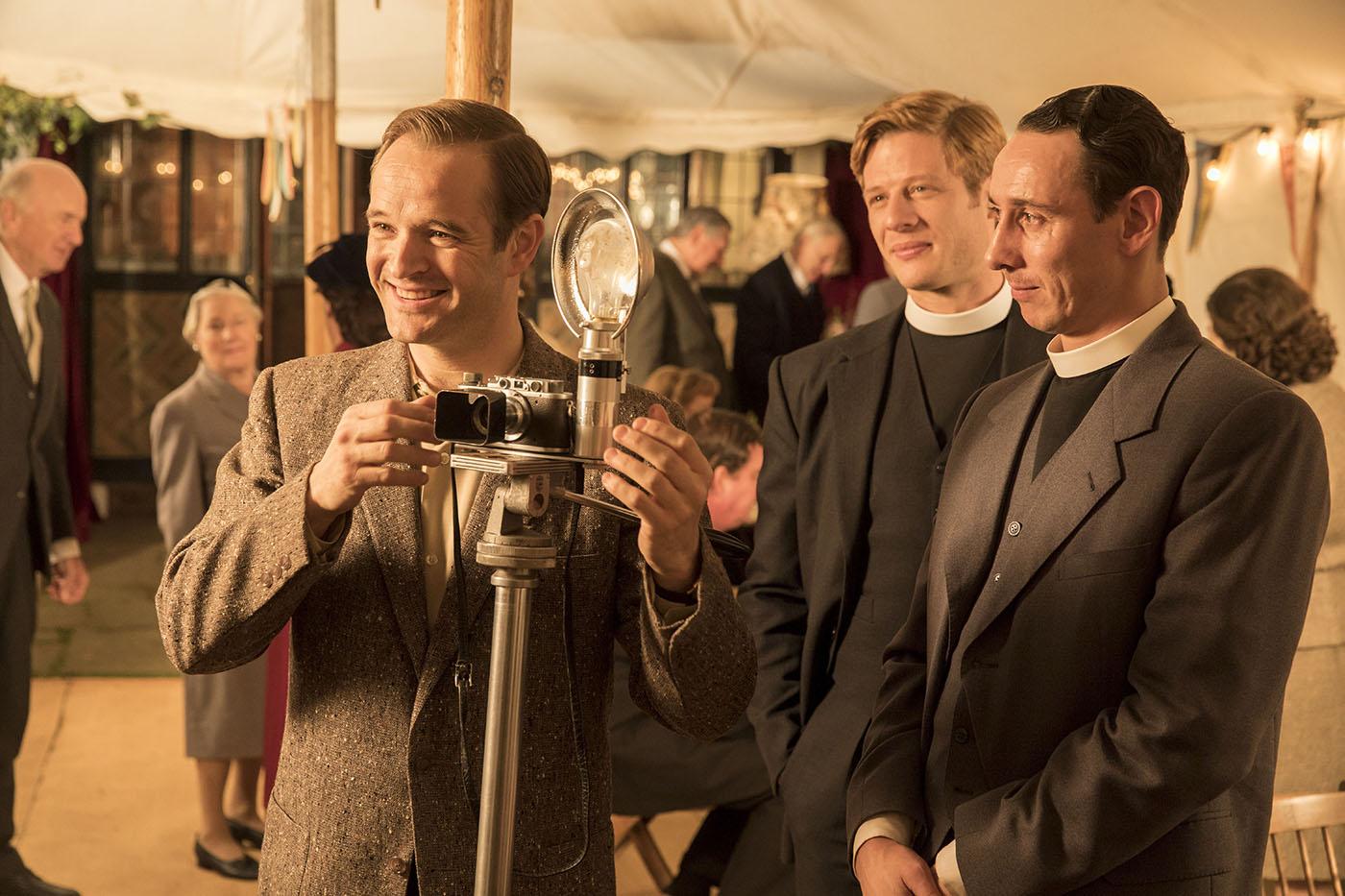 Daniel Marlowe has once again appeared in Leonard's life. Photo: Colin Hutton and Kudos/ITV for MASTERPIECE When Sidney brings Charlotte Reilly to a vigil being held by the archbishop, she reveals that her husband has had affairs with his pupils. Geordie suspects one of these spurned lovers may have kidnapped Jacob. While he confronts Richard, Sally, the maid, leaves tearfully from the room. She thought Richard loved her, she tells Sidney, but now she knows otherwise. Sidney realizes from the conversation that no one, not even Sally, was taking care of the boys. So who was?

Archie leads the detectives back to Mark Davies. In his flat, Geordie finds a Girton scarf, and a stack of spy magazines with a glass of milk. But Mark claims the magazines were for his visiting son, who lives with Mark’s ex-wife.

Geordie doesn’t believe him. Since Cathy kicked him out, he has been sleeping on a cot in the office, and his loneliness has combined with his guilt to lead him to heavy drinking. This, along with his separation from his children – Esme refuses to speak to him – has made this case particularly distressing. When Mark refuses to provide satisfactory answers, Geordie dismisses everyone from the interrogation room, locks the doors, and begins to beat his suspect. He only stops when Sidney shouts through the door that Mark has a tragic past. His son did not recently visit; he died in a car crash while Mark was driving. 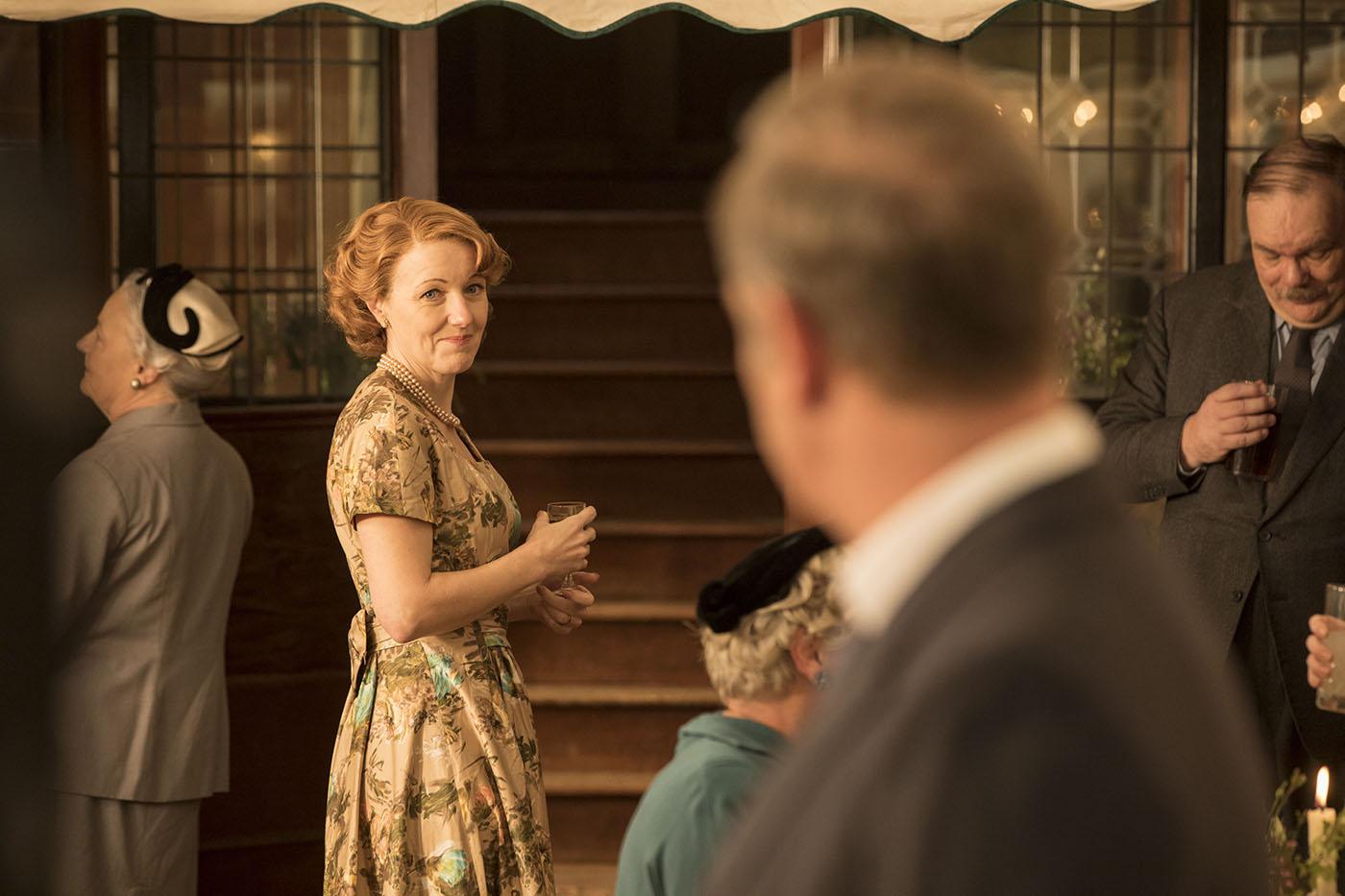 Geordie is living on a cot in the office and drinking heavily - but perhaps there's hope for his marriage. Photo: Colin Hutton and Kudos/ITV for MASTERPIECE When Sidney confronts Geordie about his abuse of power, Geordie breaks down. He admits his feelings of guilt and worthlessness, but a heartfelt vow of forgiveness from Sidney helps him begin to turn his life around. The two return to Mark, newly sympathetic, and manage to get him to confess. Mark just wanted to protect the neglected Reilly boys. He reveals Jacob’s location, and the boy is returned to his family.

Sidney’s family has meanwhile collapsed. He and Amanda planned to rent a flat in London and begin anew, but after admonitions from both Mrs. Maguire and Leonard that he couldn’t just selfishly abandon the church because people – including both of them – need him, he backs out. He will remain a vicar; he never even sent his resignation letter. Amanda is devastated and angry. Now Grace will grow up without a father.

Leonard comforts Sidney: both men are now living with a broken heart. But Leonard’s is soon to be mended. At the reception following Mrs. Maguire and Jack’s marriage, at which Leonard officiated while Sidney gave Mrs. M. away, Leonard reconnects with Daniel Marlowe. Outside the tent, they kiss then leave together. Geordie begins a long road to reconciliation with Cathy and is rewarded by a dance with his wife. Everyone’s romantic relationships are on the mend, except Sidney’s. He stands alone.