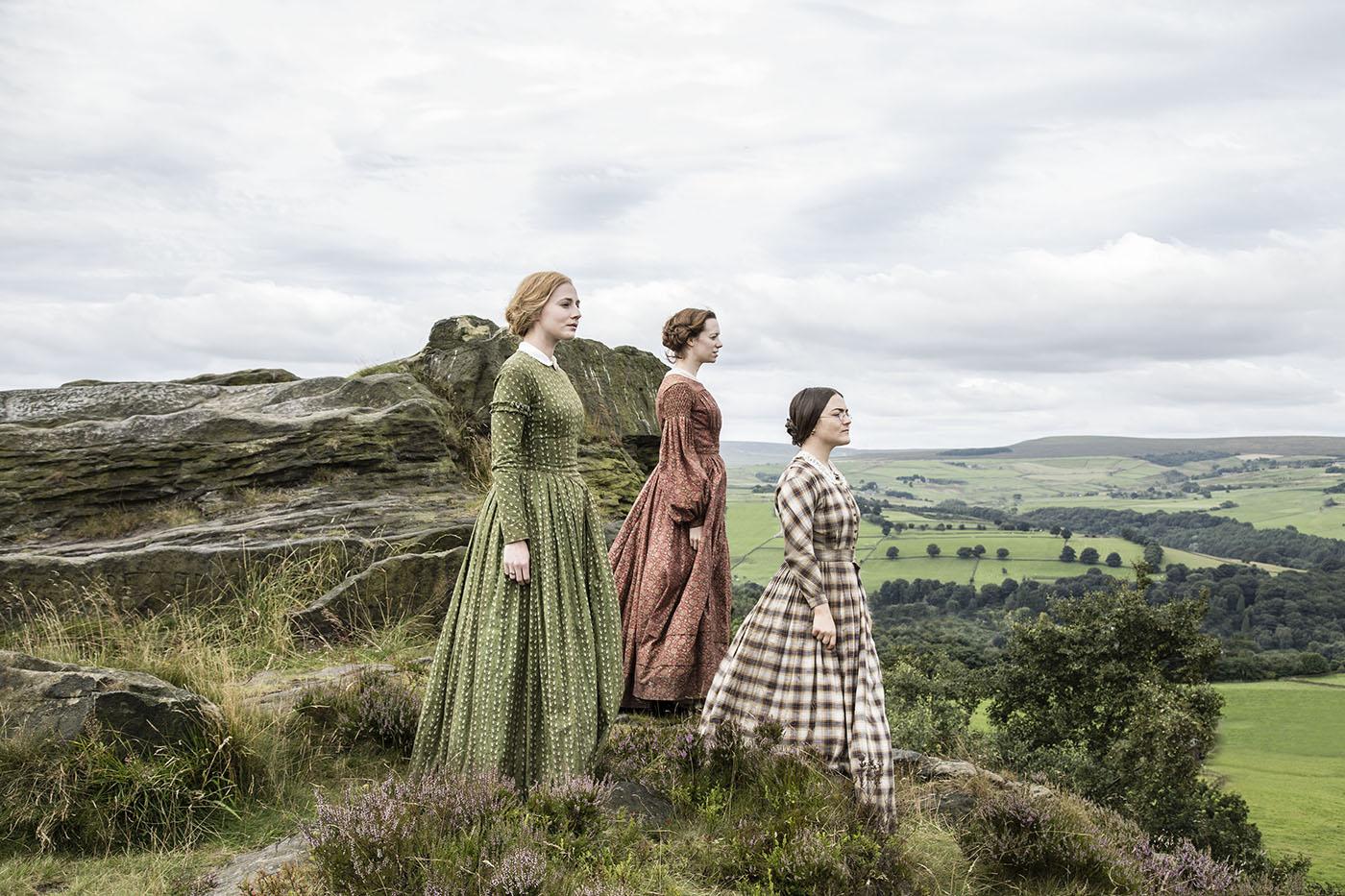 The Yorkshire moors in the Brontë biopic 'To Walk Invisible.' Photo: Matt Squire/BBC and MASTERPIECE

The Last Tango in Halifax Holiday Special airs Sundays, December 17 and 24, at 7:00 pm.

You may love Last Tango in Halifax, but where, exactly, is Halifax? It’s obviously not the capital of Canada’s Nova Scotia, which is what you get if you Google the name – in fact, that city is named after a British Earl whose title came from the town where Last Tango is actually set. Halifax, England is located in Yorkshire, a northern region whose name you may know from two of its famous contributions to the world: Yorkshire pudding and the Yorkshire terrier.

Halifax, a town of roughly 90,000 people, while nearly a millennium old and the birthplace of Rolo candy, may seem an unusual place to set a TV show. But Last Tango’s creator, Sally Wainwright, was born in the nearby town of Huddersfield and has a special love for the area where she grew up, including the encompassing Yorkshire. Almost all of the shows she has created have been set in the region: Last Tango, Happy Valley, At Home with the Braithwaites, and more (Braithwaites, Wainwright’s first original series, was even produced by Yorkshire Television).

Even when Wainwright branches out into biographical programs, as she has begun to do in recent years, Yorkshire remains the integral setting. Her upcoming BBC and HBO series Gentleman Jack, which details the life of the early 19th-century industrialist and noted lesbian Anne Lister, focuses on Lister’s return to her ancestral home in West Yorkshire – it was originally titled Shibden Hall after Lister’s manor, a landmark located outside Halifax. And in Wainwright’s recent Brontë sisters biopic To Walk Invisible, which Masterpiece aired earlier this year, the vast moorland of the region is both a refuge and an inspiration for the sisters. 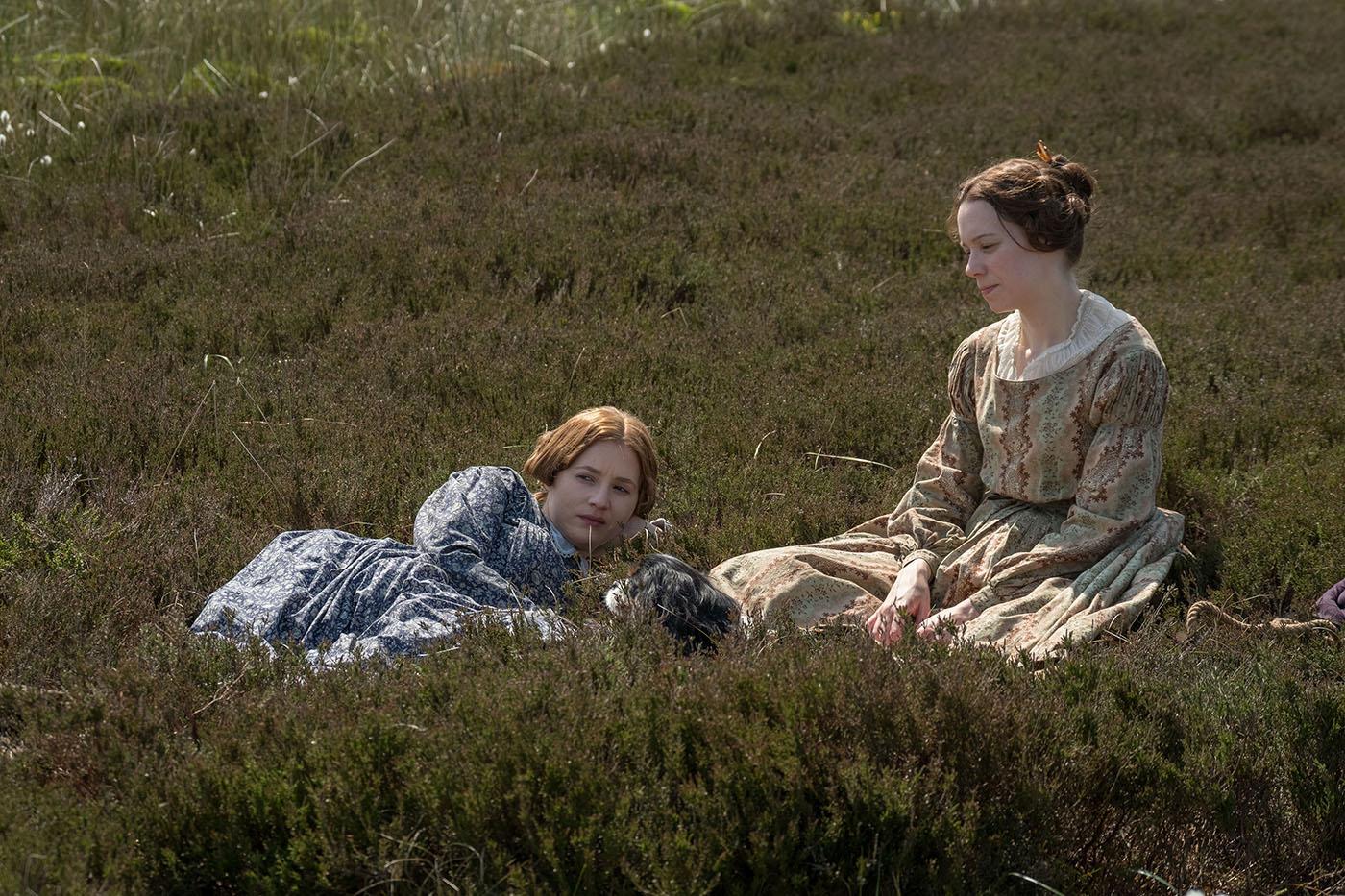 The Brontë sisters lived in West Yorkshire for most of their lives, and the landscape is an important presence in all their work. Photo: Matt Squire/BBC and MASTERPIECE

The Brontës’ attachment to Yorkshire rivals Wainwright’s own. The three sisters spent most of their short lives there, living in a parsonage in the village of Haworth with their brother and father, who was the local priest. West Yorkshire’s landscape features prominently in their novels: Jane Eyre finds solace and family at a home called Moor House, while the characters of Wuthering Heights are always taking walks on the moors, something that the book’s author Emily herself loved to do. The windswept moors – Yorkshire is nicknamed “God’s Own County” for its beauty – are so manifest in the writings and lives of the Brontës that their home has become a site of pilgrimage. In 1904, a young Virginia Woolf published an article detailing her own trip to Haworth, writing that, “Haworth expresses the Brontës; the Brontës express Haworth; they fit like a snail to its shell.”

Nor are the Brontës the only writers to find inspiration in Yorkshire. In her classic children’s novel The Secret Garden, Frances Hodgson Burnett sends her spoiled protagonist Mary to live with an uncle there, where Mary eventually finds delight by exploring the moors. A less benign visitor arrives in the coastal town of Whitby in Bram Stoker’s Dracula, when the boat on which the vampire is traveling runs aground. (Stoker summered in Whitby.) And the poet Ted Hughes, born in West Yorkshire, published a book of poetry called Remains of Elmet about the area that included photographs of the landscape by Fay Godwin. The collection contains a poem about the Haworth parsonage as well as one about Emily Brontë and her obsession with the moors. (Hughes’s wife Sylvia Plath also wrote a poem inspired by Emily and the moors, called “Wuthering Heights.”)

Elmet was an ancient Celtic kingdom that existed in the area sometime during the 5th through 7th centuries AD; Hughes’s decision to reference such a long-lost past in the title of his book is indicative of the rich history of Yorkshire. When the Romans conquered Britain in the first century AD, they built a fort in the north in 71 AD that soon grew into the city of Eboracum, which eventually became the Roman capital of Northern England. 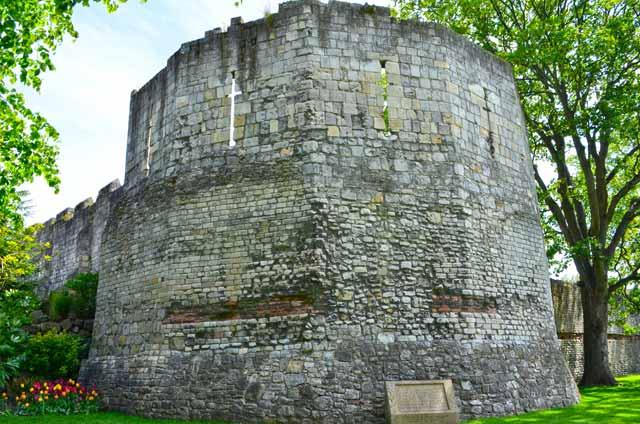 Romans founded the city now known as York, back in the first century AD. Roman vestiges remain, as in the lower part of this tower

Long after the Romans were gone, the region now known as Yorkshire was conquered by Danish Vikings, who renamed Eboracum Jórvík. Following the Vikings’ expulsion, Jórvík was anglicized to York – hence, Yorkshire. The name “York” echoes through history – its prominence is attested to by the name of a little settlement on the Hudson River: New York, which was named after a Duke of York, future King of England James II.

There were prominent Dukes of York before James II, however: Charles I, Henry VIII, Edward IV, and the man who caused a bloody civil war in the name of York, Richard Plantagenet. Having been denied power and influence in the government of Henry VI, Plantagenet revived a latent claim to the throne and attacked Henry’s supporters, beginning the Wars of the Roses, conflicts dramatized in Shakespeare’s plays Henry VI and Richard III, adaptations of which were aired by Masterpiece earlier this year. Plantagenet’s branch of the royal family, the House of York, had as its symbol a white rose; hence the name of the conflicts. His sons Edward and Richard both became king, but the reign of the House of York only lasted two decades.

Unlike the House of York’s brief tenure, Yorkshire’s attraction survives to this day. Not only does Sally Wainwright base her shows there and film there; Victoria, which returns for a second season on January 14, was mostly shot at locations in Yorkshire, as was Remember Me. And there’s a certain country estate located in North Yorkshire that you might know well, even though it doesn’t exist outside the world of TV: Downton Abbey. So while you may not know anything about Halifax, you certainly recognize the influence of its region, given its prominence throughout history, literature, and TV. And also, cute terriers.