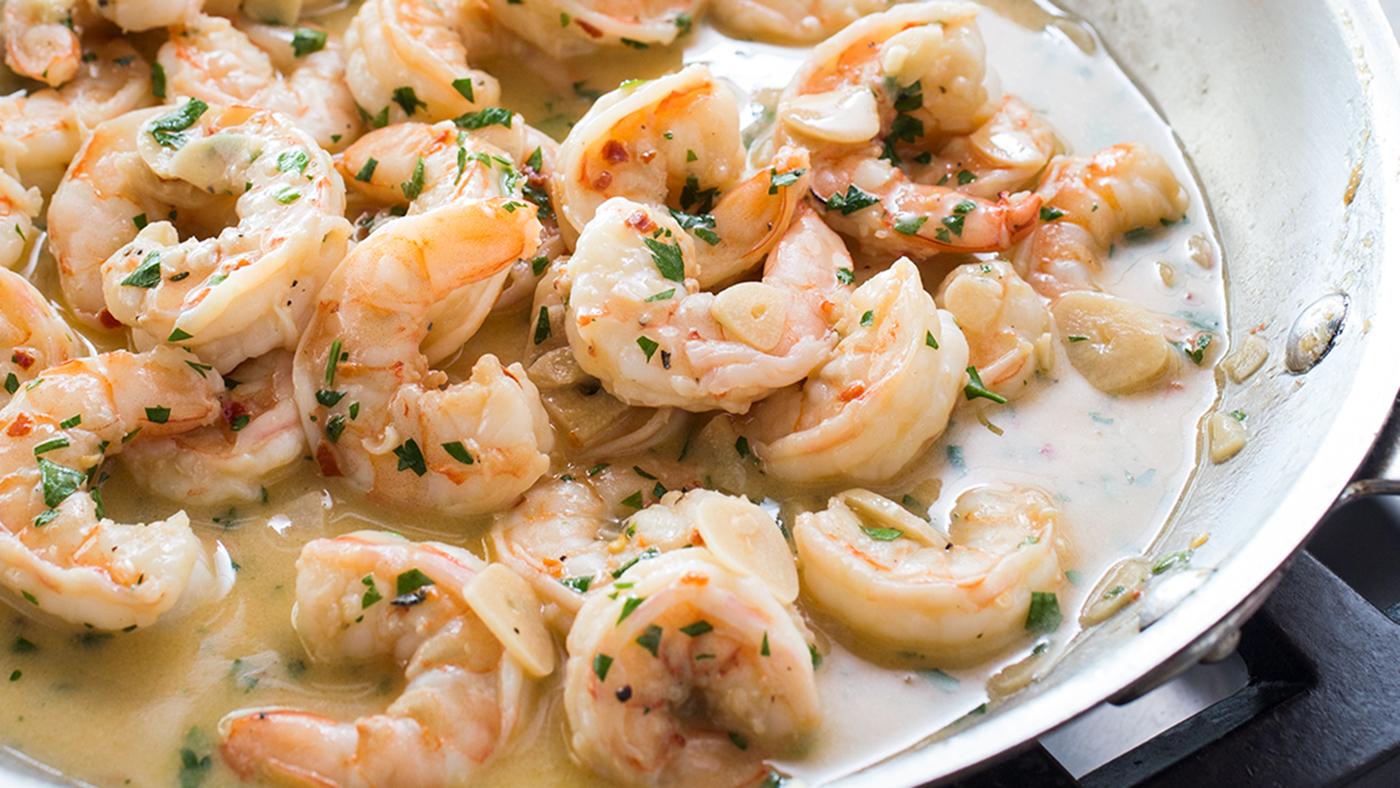 America's Test Kitchen has been on TV scrupulously perfecting recipes for you to try at home for twenty years now, so they're celebrating with an anniversary special the week before Thanksgiving counting down the top twenty recipes from the show, as voted on by viewers. This Shrimp Scampi recipe from season 17 came out on top. In the special, several of the cast members tried out the recipe in their own kitchens, and now America's Test Kitchen and WTTW are inviting you to do the same and share the results! Cook the recipe at home, then post about it on social media and tag it #ScampiChallenge and WTTW on Facebook or Twitter to join the fun and be reposted by the America's Test Kitchen account!

Extra-large shrimp (21 to 25 per pound) can be substituted for jumbo shrimp. If you use them, reduce the cooking time in step 3 by 1 to 2 minutes. We prefer untreated shrimp, but if your shrimp are treated with sodium or preservatives like sodium tripolyphosphate, skip the brining in step 1 and add ¼ teaspoon of salt to the sauce in step 4. Serve with crusty bread.

1. Dissolve salt and sugar in 1 quart cold water in large container. Submerge shrimp in brine, cover, and refrigerate for 15 minutes. Remove shrimp from brine and pat dry with paper towels.

2.  Heat 1 tablespoon oil in 12-inch skillet over high heat until shimmering. Add shrimp shells and cook, stirring frequently, until they begin to turn spotty brown and skillet starts to brown, 2 to 4 minutes. Remove skillet from heat and carefully add wine and thyme sprigs. When bubbling subsides, return skillet to medium heat and simmer gently, stirring occasionally, for 5 minutes. Strain mixture through colander set over large bowl. Discard shells and reserve liquid (you should have about 2/3 cup). Wipe out skillet with paper towels.

4. Return skillet to medium heat, add lemon juice-cornstarch mixture, and cook until slightly thickened, 1 minute. Remove from heat and whisk in butter and parsley until combined. Return shrimp and any accumulated juices to skillet and toss to combine. Serve, passing lemon wedges separately. 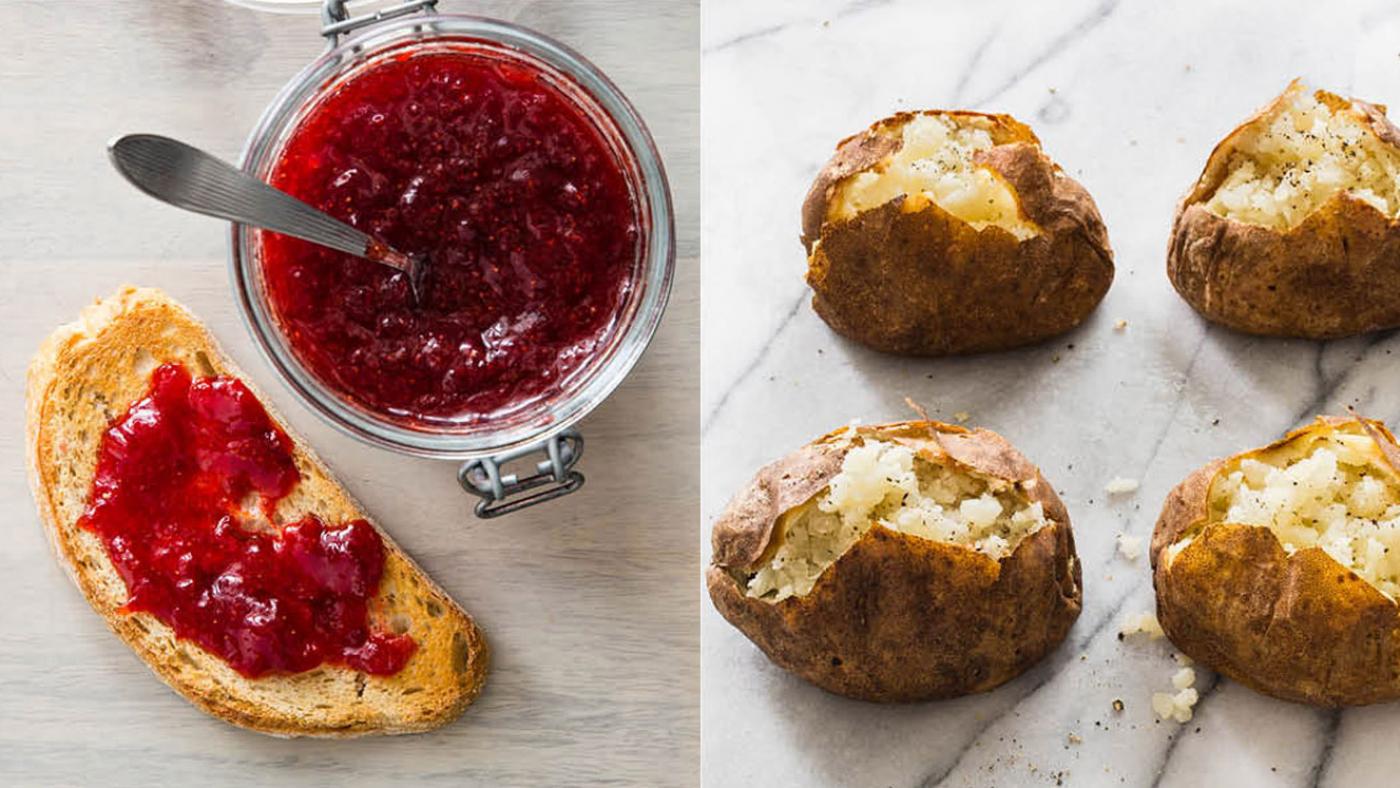 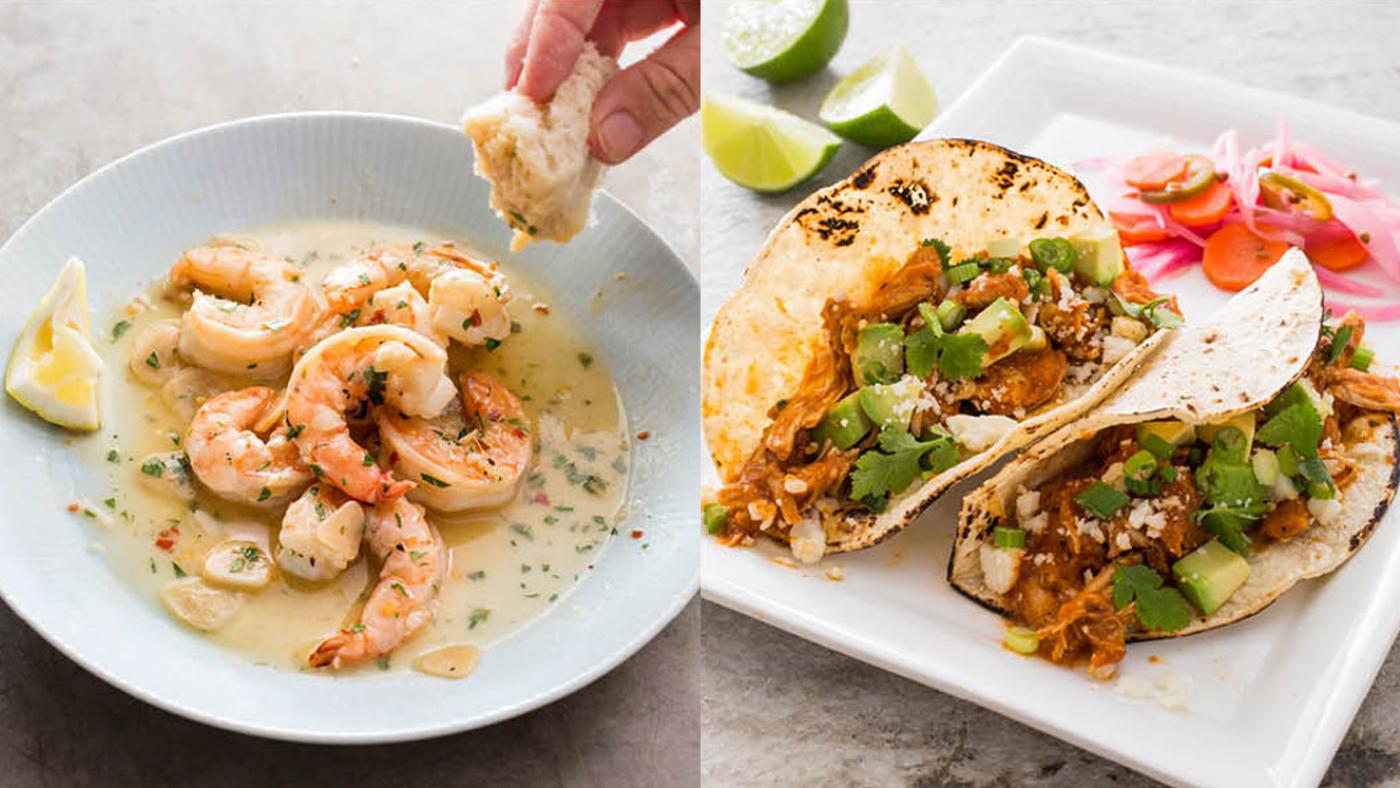 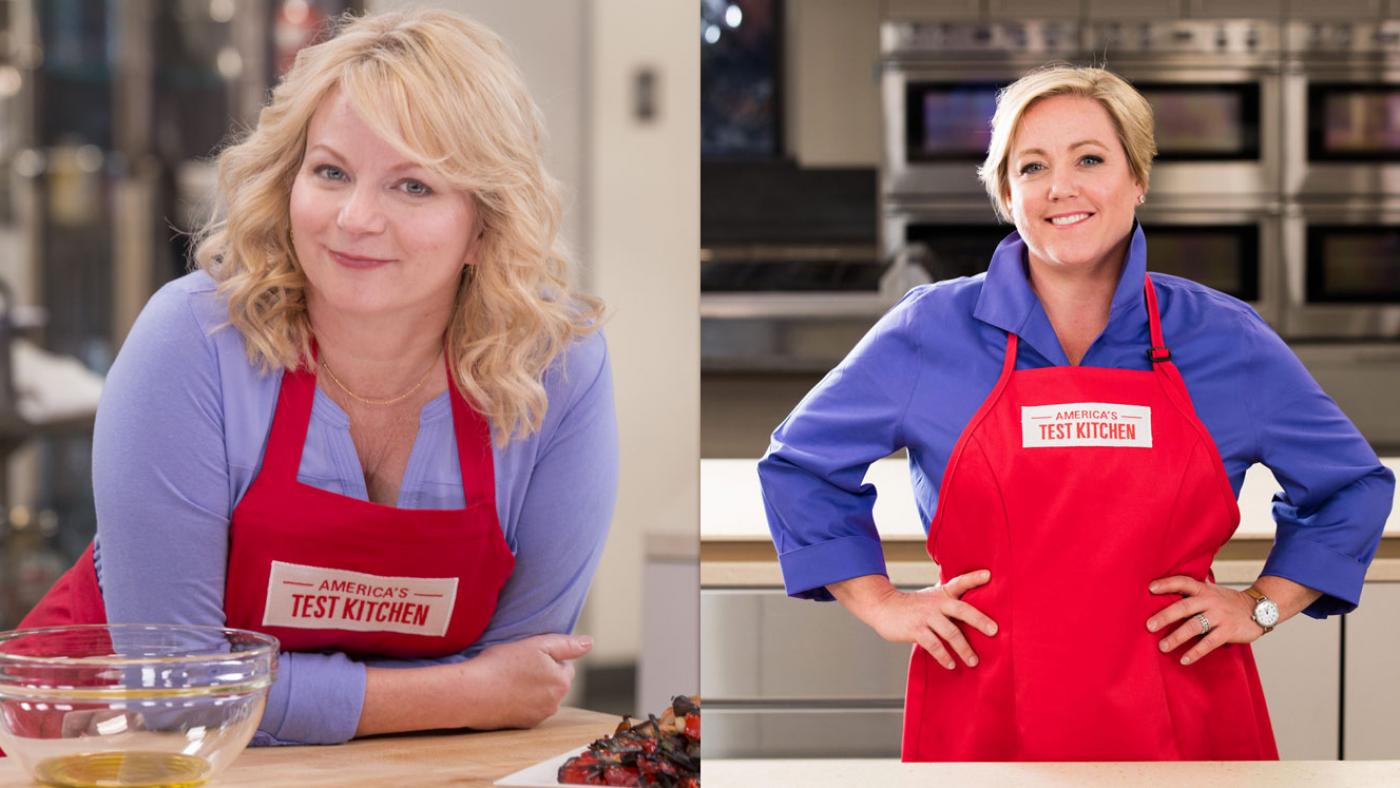 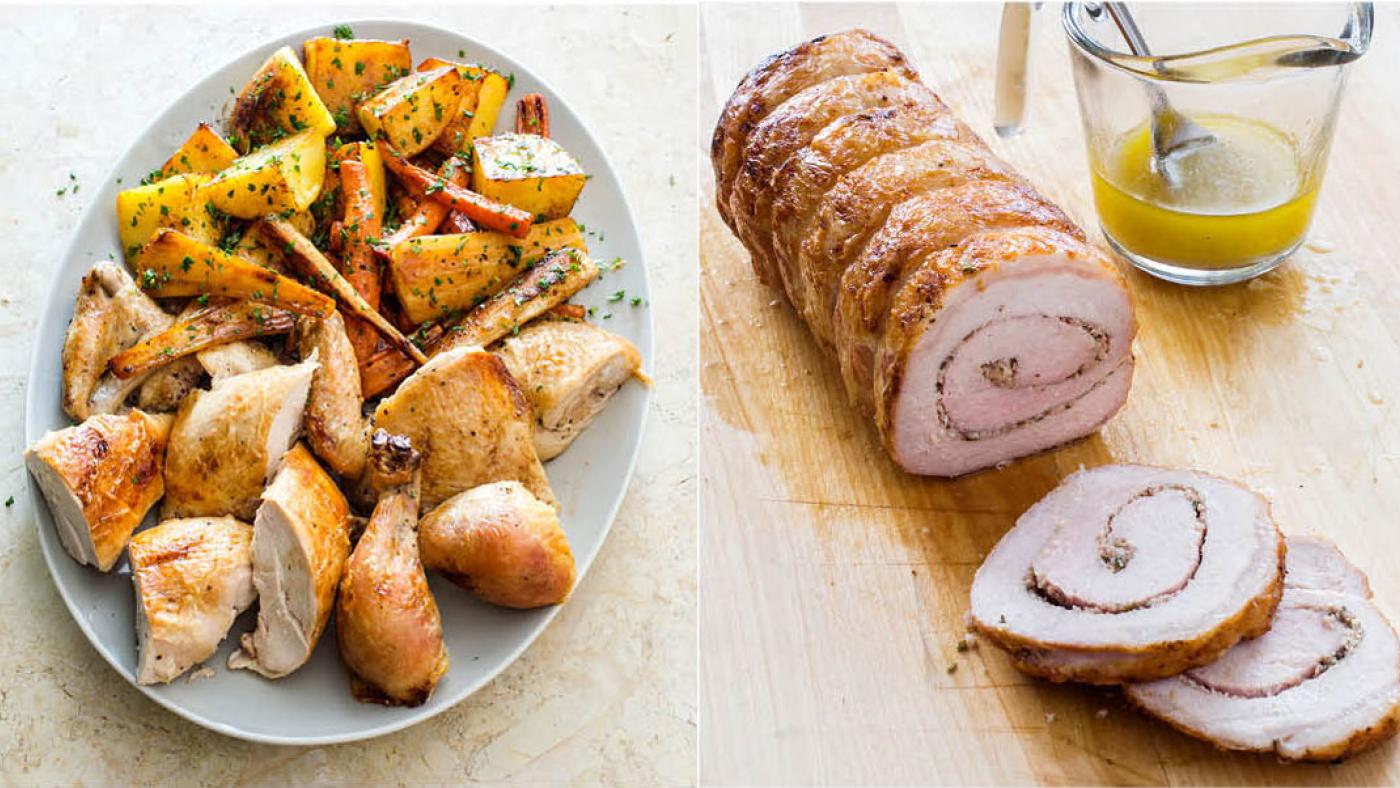 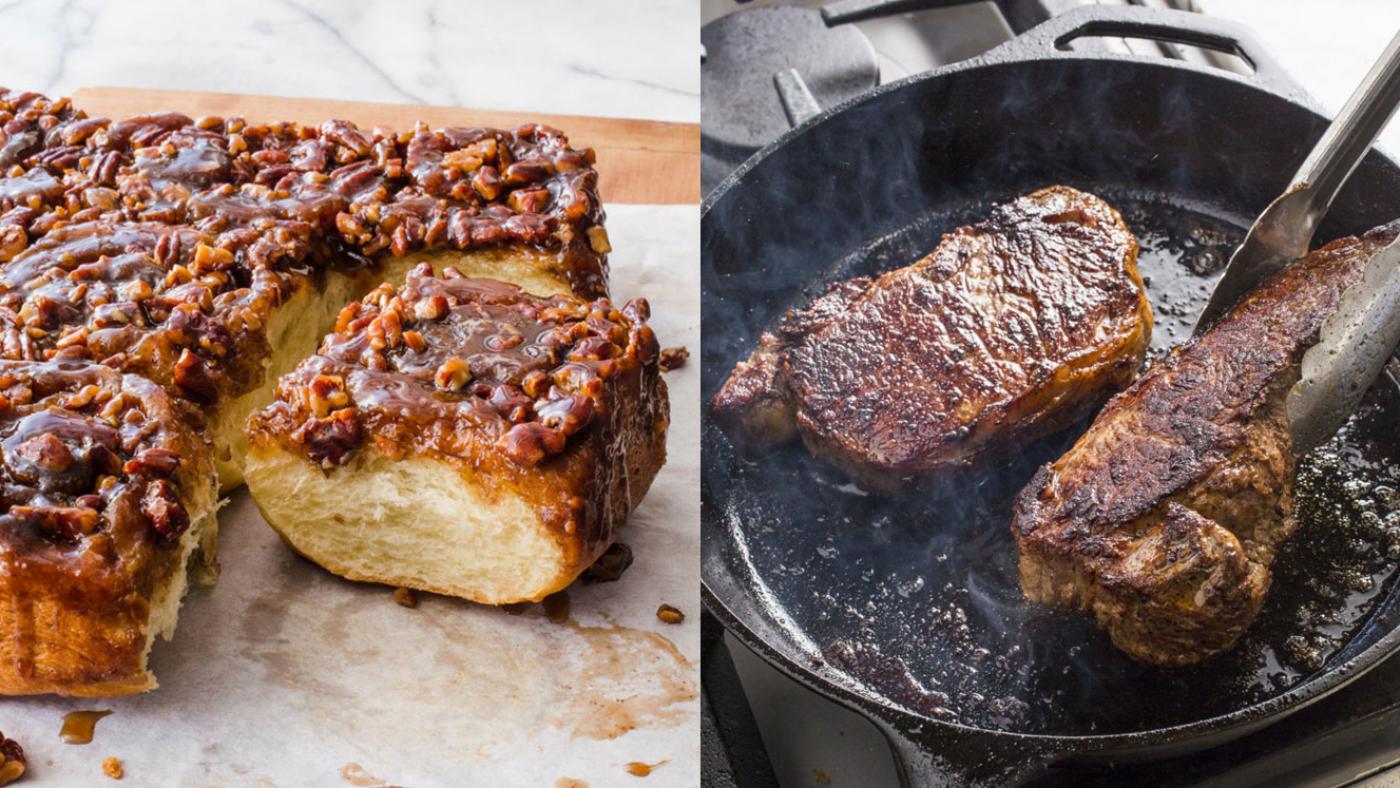