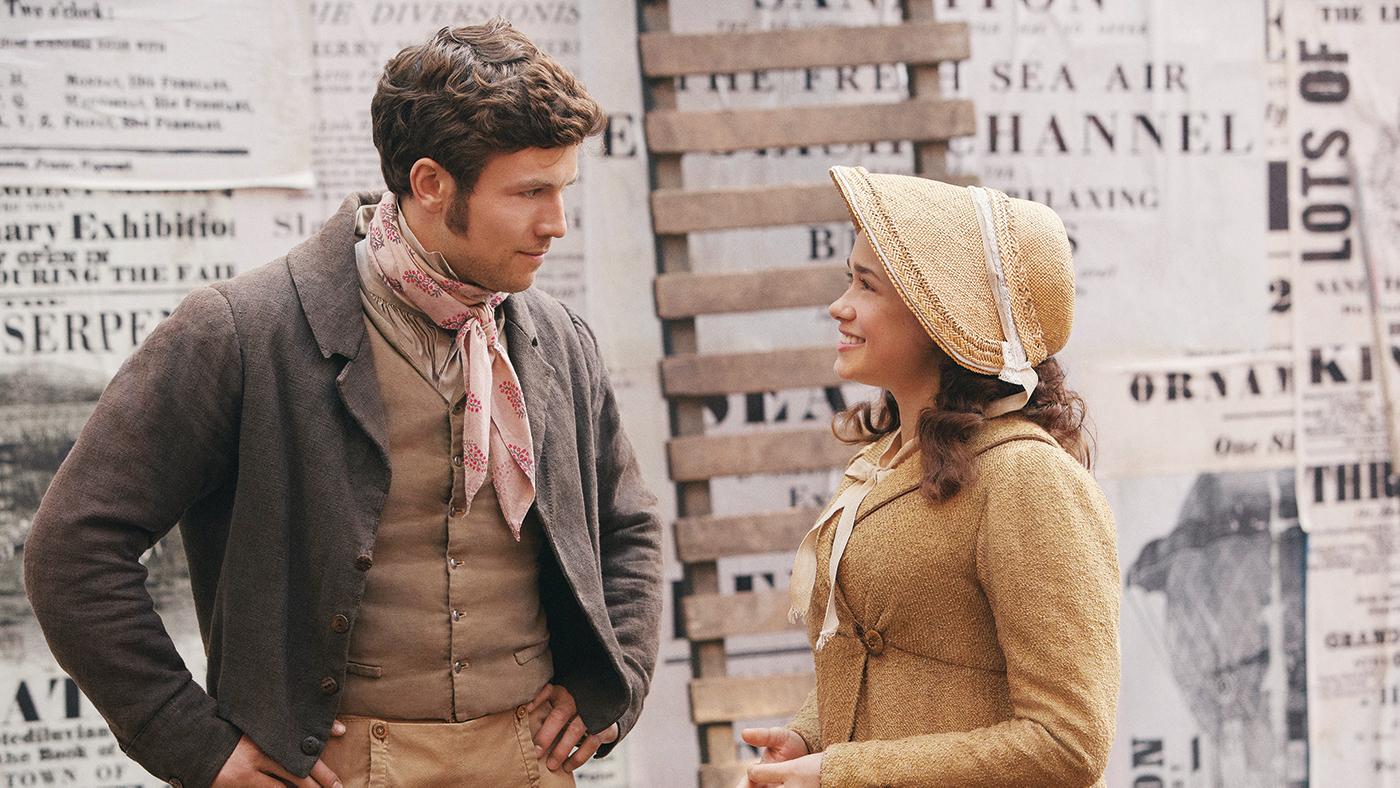 The extent to which Charlotte’s seaside encounter with a skinny-dipping Sidney has flustered both her and him belies their claims of mutual dislike and disinterest. Sidney gets so drunk after the incident that he passes out in the pub and doesn’t wake until the next morning. Charlotte is nervously embarrassed when Mary Parker asks her how her walk on the shore was, and she ducks under a desk to hide when Sidney and Tom walk into Tom’s office while she’s there. They spot her, she leaves, and they continue with their argument: Sidney and his friends, Lord Babington and Mr. Crowe, are returning to London—there’s not enough “entertainment” for them in Sanditon, despite the fact that Tom needs them to encourage other fashionable people to visit.

Luckily for Tom, Sidney’s departure is delayed by his ward, Miss Georgiana Lambe. Mrs. Griffiths has called Sidney to chastise Georgiana after she painted an “obscenity”—while the local priest was watching, no less. Babington takes advantage of the delay to make one more pass at the aloof Esther. She tells him only one man holds her interest romantically, and it’s not him (uncomfortably, it may be her stepbrother, Edward); Babington is attracted by the challenge and promises to write.

Mary is worried about Tom’s obsession with his work to make Sanditon profitable. He barely has time for her and their children—and next thing she knows, he’s jaunting off on business without any explanation.

While Tom is away, Stringer, the foreman on Tom’s construction projects, tries to see him. Instead, he must relay his complaint to Charlotte: as he has told Tom before, he needs more men; they’re working under dangerous conditions now.

When Tom finally returns, it is with a guest in tow: a Dr. Fuchs, whose medical therapies will attract more people to the restorative climate of Sanditon. Despite Lady Denham’s suspicion of physicians, Tom convinces her to sit for a demonstration by Fuchs. 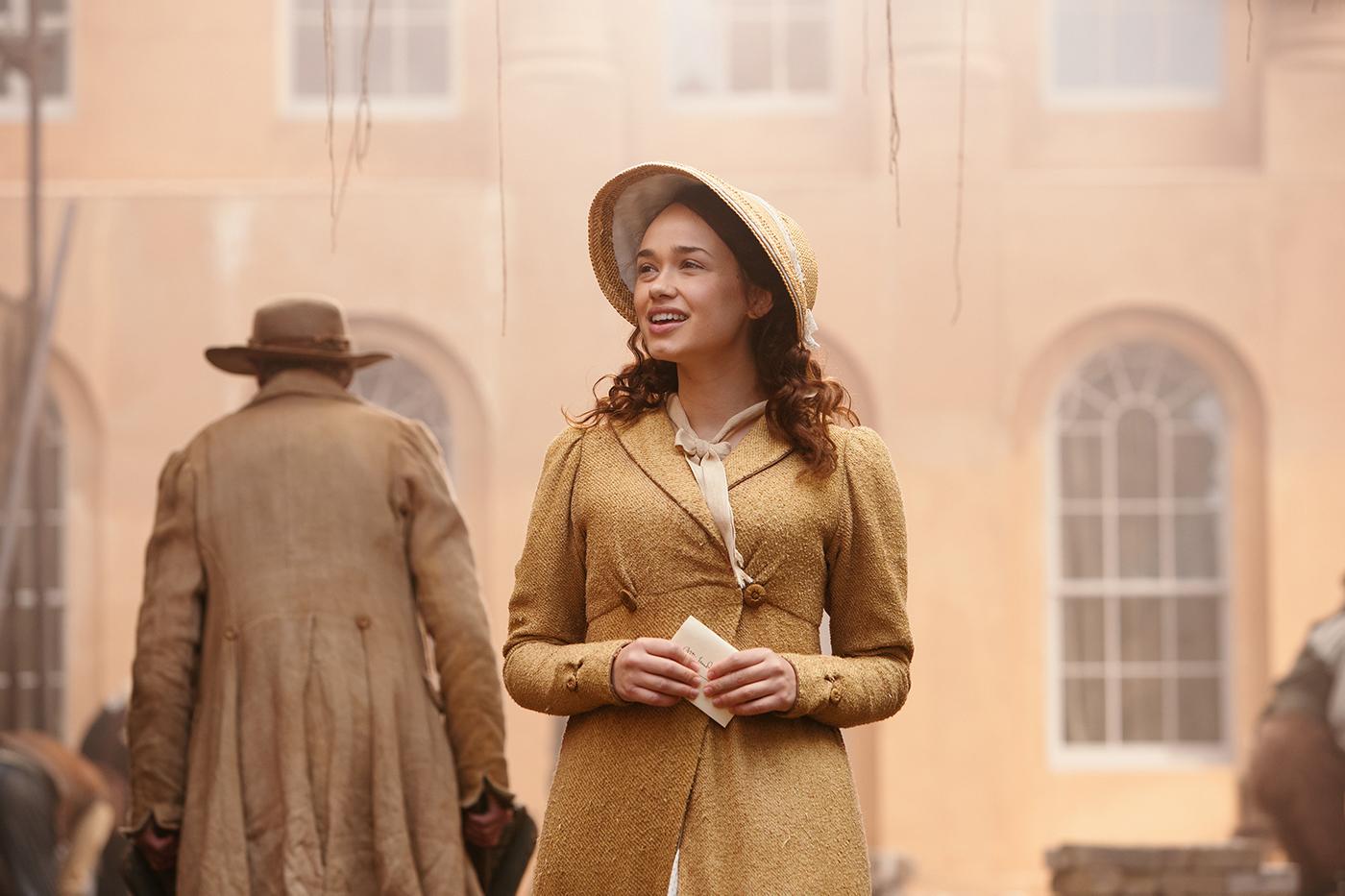 Charlotte proves her worth and doesn't shy away from expressing her opinion. Photo: Red Planet Pictures/ITV 2019

The demonstration comes just in time to again delay Sidney’s departure for London. Having lectured Georgiana on her behavior—and again awkwardly run into Charlotte—he has another unwanted run-in with Charlotte at the Parker house. Tom sweeps into the midst of their uncomfortable interaction to bring them both to the demonstration.

Tom’s hypochondriac siblings Arthur and Diana are much more excited about seeing Fuchs than Sidney or Lady Denham are. While they receive a mud facial, Esther and Edward set off to stain Clara’s reputation in order to get her removed from Lady Denham’s will. And it seems they’re successful: while Edward chats with Clara, Esther poisons Denham’s ear by discussing how long Clara has been living off Denham’s charity. When Clara returns, Denham says she wishes to reassess  the terms of their arrangement.

But Clara runs a Hail Mary to save her position. When Fuchs asks for a volunteer to demonstrate his newfangled “shower bath,” which sends heated water through a nozzle, Clara volunteers. Washing herself in a tub behind a curtain, she delights in the invention—and then holds her arm against the nearby copper heating vessel, purposefully burning herself. Only after she pulls away does she begin to scream.

Esther thinks Clara is trying to win sympathy from Lady Denham, but Edward doesn’t believe Clara is capable of such deviousness. Esther worries that Edward has fallen for Clara—he did dart forward to help her when she screamed. Lady Denham demands that Fuchs leave, and he begins to pack, confused and horrified by an accident he can’t understand.

Soon, another accident—this one real—provides Fuchs another chance to prove himself. Charlotte is delivering a letter from Tom to Stringer when Stringer’s father, a stonemason working on Tom’s construction projects, falls from a scaffolding and is badly injured. Charlotte rushes over and takes charge, accepting the aid of Sidney, who is walking nearby. They stop the bleeding of a gash with a tourniquet, then bring Stringer’s father to the Parkers’ home and call for Fuchs. They aid Fuchs as he sets the man’s broken leg.

Young Stringer was already impressed by Charlotte; now he’s even more amazed by her skill in saving his father’s leg and possibly his life. Sidney also compliments Charlotte on her ability, and asks for forgiveness for his rude behavior towards her. She accepts, and offers her own apology: she, too, dismissed him, thinking he didn’t do enough to help his brother Tom and was unsympathetic to Georgiana—but he might be a better man than she thought. He resolves to do better by Tom and Georgiana.

When Georgiana hears from Charlotte about the accident, she says that she wishes she had been there—Sanditon is so dull. If you only knew what I left behind in London, she tells Charlotte with a glint in her eye. 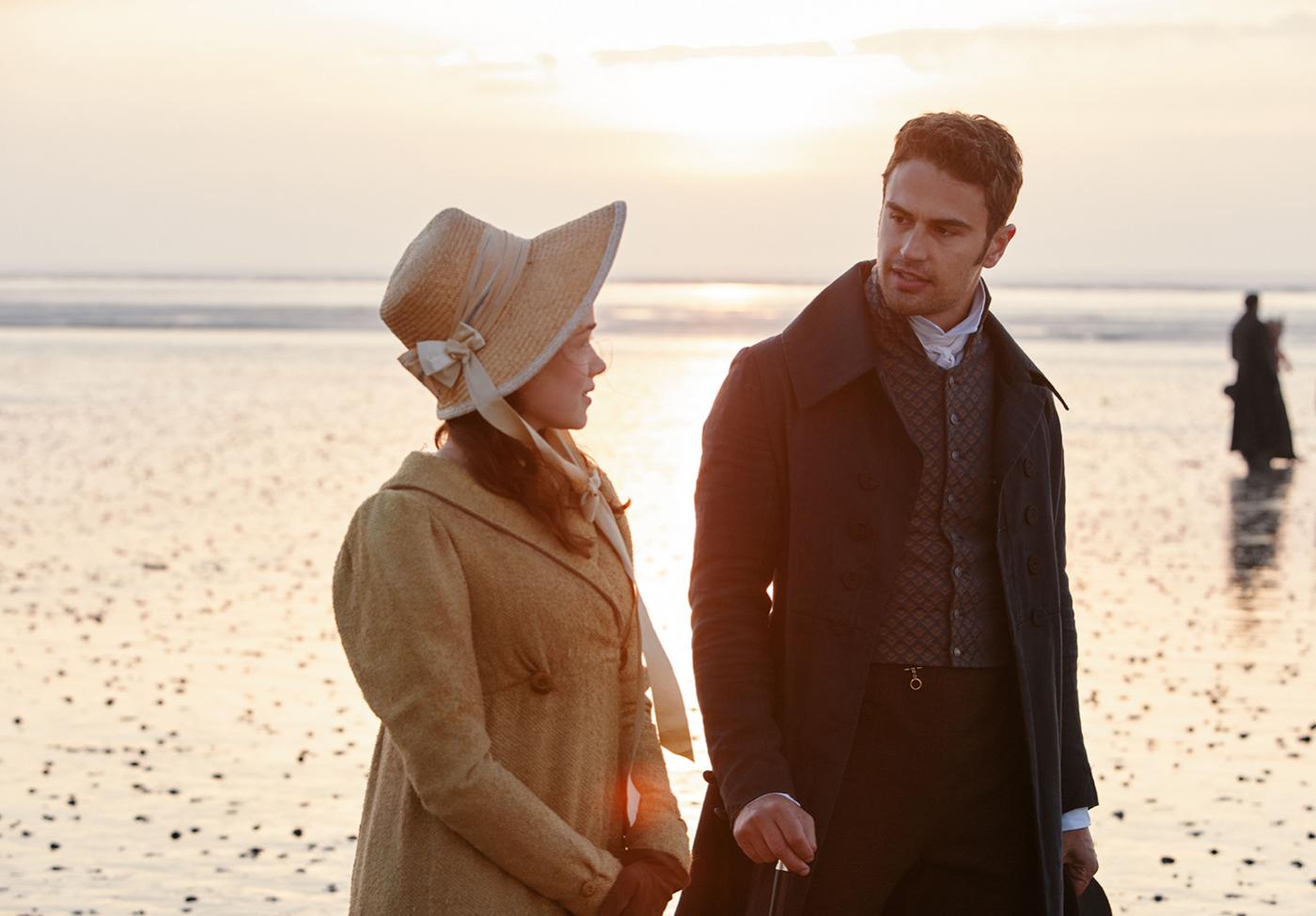 Charlotte and Sidney begin to re-evaluate each other after both helping in an accident. Photo: Red Planet Pictures/ITV 2019

Clara is doing everything she can to interrupt the tedium of Sanditon: she plays up her pain, earning Lady Denham’s sympathy. Esther sees through it: she offers to sit with Clara and read to her, and the two women drop any façade of pleasantness once everyone else has left the room. Clara challenges Esther to prove she burned herself on purpose, and warns Esther that she will ruin her, by manipulating Edward and his love for her. Esther lashes out, digging her nails into Clara’s burn—and Clara doesn’t flinch. You have no idea what I’ve endured, she says, before warning Esther to leave Sanditon before Edward falls into trouble.

Meanwhile, Tom defends Dr. Fuchs to Lady Denham, as a result of his expertise during old Stringer’s accident. Tom is fired up in his audience with the Lady, having just been confronted by young Stringer over the poor working conditions. Tom insists that Fuchs be kept at Sanditon; Lady Denham accepts, but says he’ll live with the consequences.

Tom again runs into Stringer, who apologizes for challenging him over the working conditions. Tom says he has nothing to apologize for, and promises to get more men and better equipment. Tom seems troubled after these meetings, but answers Mary with nonchalance when she asks why.

Charlotte and Sidney now like each other enough to play with the Parker children together. While sailing toy boats, Charlotte has an idea: why not hold a regatta in Sanditon to draw visitors? Despite Sidney’s effort to give Charlotte credit, Tom takes the idea as his own, and Charlotte demurs.

Sidney finally sets off for London, but first asks Charlotte to keep Georgiana out of trouble while he’s gone, and reluctantly tells Tom that he will try to get another loan to pay for construction at Sanditon. Taking leave of Georgiana, he tells her he will strive to do better by her, and she returns the promise.

After his departure, she takes out a locket, lovingly eyes the handsome man whose portrait is within, and sits down to write a letter, smiling mischievously.