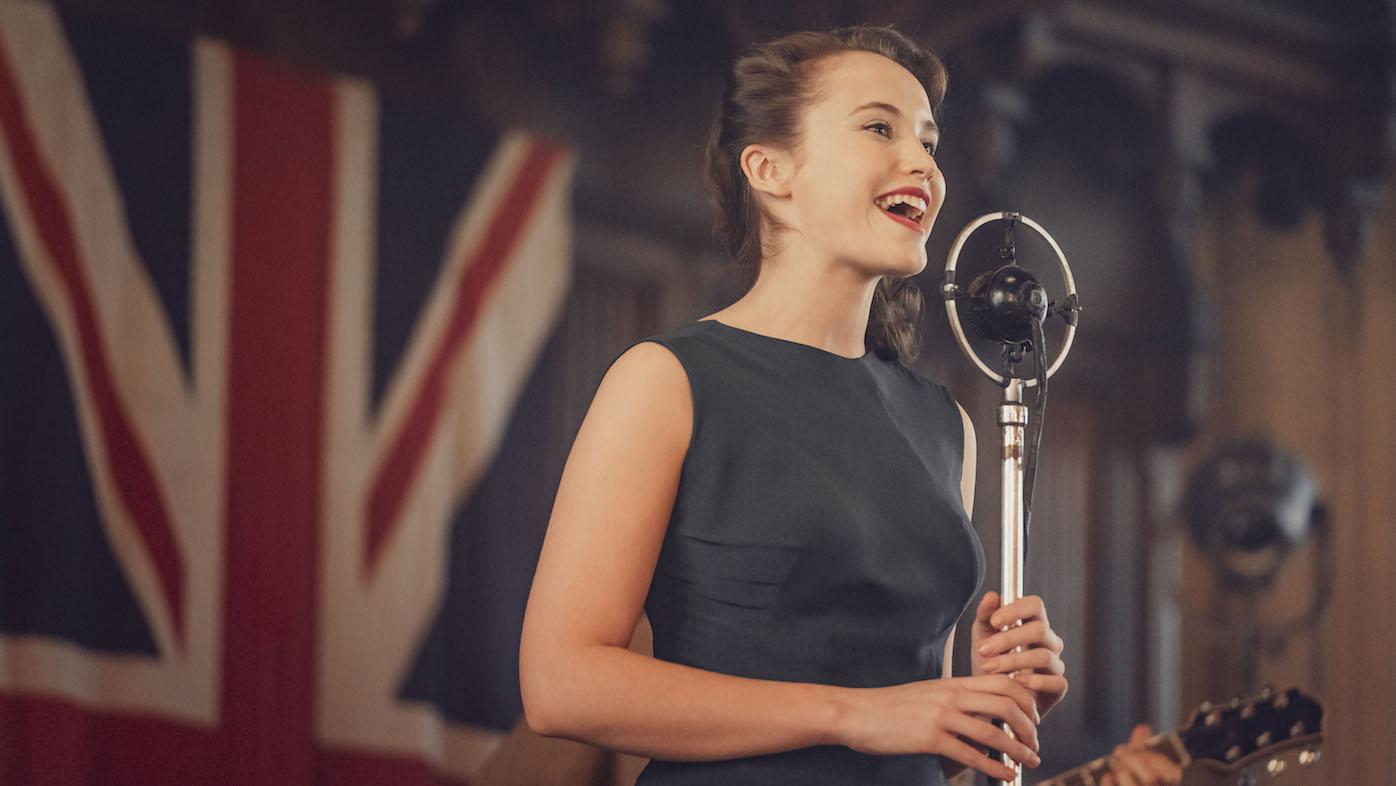 Harry’s return to England is not at all as he imagined it. Arriving at his mother’s manorial home, he has the boy Jan in tow rather than his quickly married lover Kasia. Robina is not one for children, but Jan will be left with her while Harry goes to Whitehall to learn of his next posting as a government translator. Harry tells his mother Jan is just a refugee he’s trying to help; she suspects, correctly, that he is lying about why he chose Jan specifically.

Before he heads down to Whitehall, Harry will visit his former girlfriend, Lois, at a club where she is singing. She rushes offstage to kiss him as soon as she sees him, and tells him she loves him. She should have said it before he left for Warsaw, she says. He uncomfortably tells her things have changed. She responds that Robina was right about him. And then she has to go perform.

Lois’s brother Tom has been released from jail after being arrested for some mischief. He has promised to join the army to gain leniency, but has a plan to avoid combat: he’ll claim he’s a conscientious objector, just like his pacifist father.

The citizens of bombed-out Warsaw don’t have that option. Kasia and her mother have packed up their furniture and paid a man to bring it out of Warsaw; they’ll soon follow. As Kasia runs an errand in the rubble of the city, she is pulled behind a wall by a young man. German tanks are rolling into the city. He throws a lit rag at some oil barrels in their path, then a gunfight breaks out in the smoke of the explosion. Kasia grabs him and runs as the Germans advance, pulling him into her home. He pulls off a Star of David necklace and stashes it in his pocket.

Soon, German soldiers are barging into the home. They search the rooms, asking where the men are and dismissing the boy. Kasia’s mother defiantly answers their questions in Polish while Kasia tries to keep the situation calm. As the Germans begin to go, Kasia’s mother spits at their feet. A solder shoots her point-blank in the head, turns, and leaves. 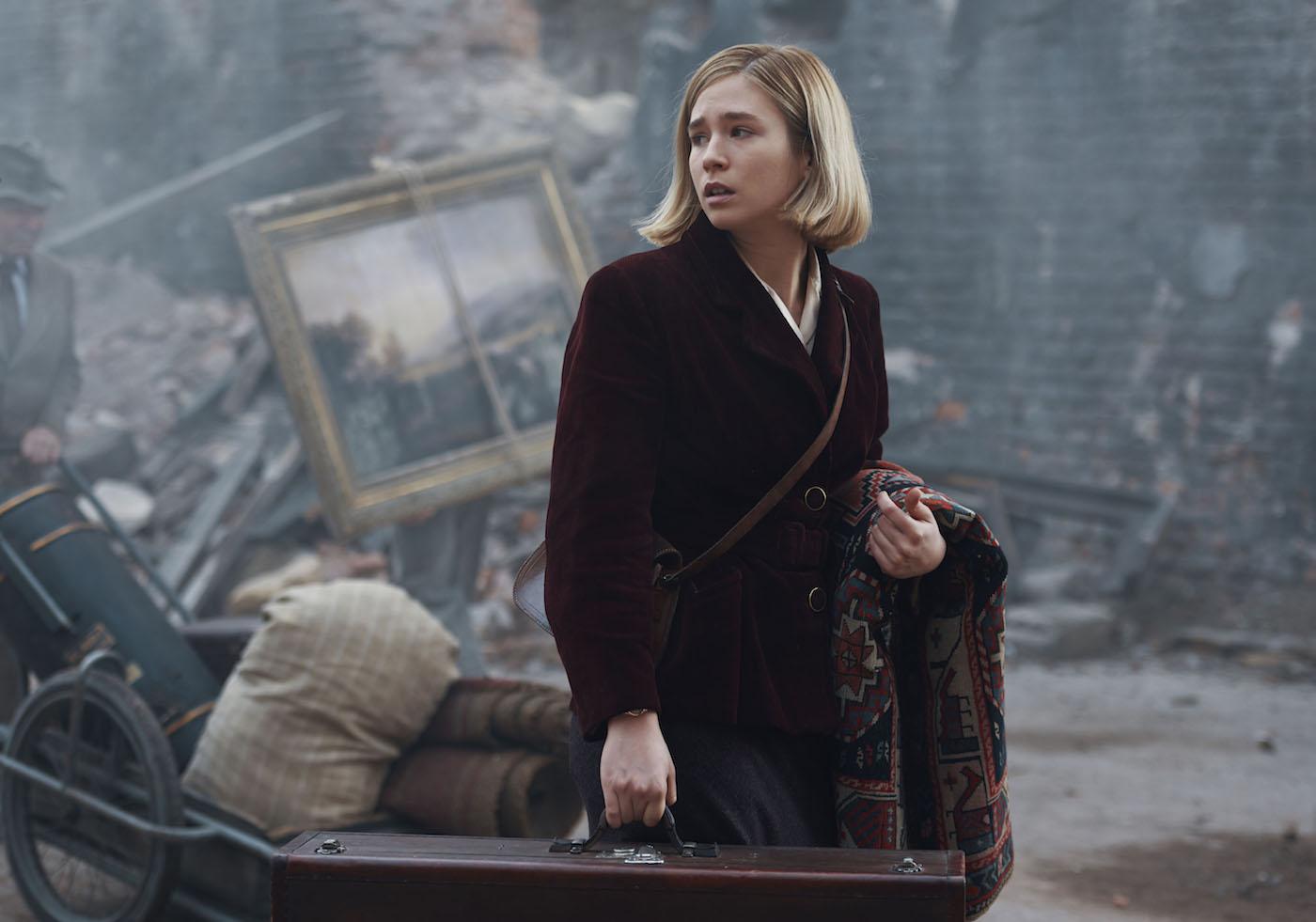 Poland has surrendered to Germany, and Kasia struggles to cope with the destruction of her entire life. Photo: Julie Vrabelova / Mammoth Screen 2019

Poland has surrendered to the Germans after only a month, the American journalist Nancy reports on her broadcast from Berlin. The German officer who oversees her broadcasts is censoring her reports on food shortages in Germany—but he allows her to note the persecution of Jews and the bombing of Warsaw.

Nancy’s nephew Webster, a doctor in Paris, has decided to accept that he loves the French African saxophone player Albert. Webster’s timing is awful, Albert says, before they kiss. Albert’s friend Eddie is leaving Paris and disapproves both of the romance and Albert’s plan to stay in the city with Webster. “Colored and queer with Nazis in charge, good luck with those chances,” he tells Albert, with an angry look at Webster.

At Whitehall, Harry, thinking of Kasia, urges his boss to get the government to do more for the Polish. His continual criticisms have finally become too much, however: his boss dismisses Harry from government work.

While Harry is returning from London and this disappointing news, Lois is visiting with Robina and Jan, having hoped to find Harry and then drawn into the house out of curiosity about Jan. When Harry arrives home, she leaves behind the puzzle she was doing with Jan and asks Harry about him. He says he stayed with Jan’s family when he first arrived in Warsaw.

Lois and Harry leave and end up having sex in Harry’s car. And then Lois ends their relationship. Harry was her first love and her first kiss, so she wanted him to be the one to take her virginity, too. But she has seen through him; she has inferred he is in love with Kasia.

Harry returns home in low spirits, made worse when Robina accosts him and learns of his dismissal from government service. She’s furious at him for squandering the chances she has worked to provide for him. They fight over the memory of Harry’s deceased father, whom Robina now vilifies. Harry’s whole life has fallen apart. 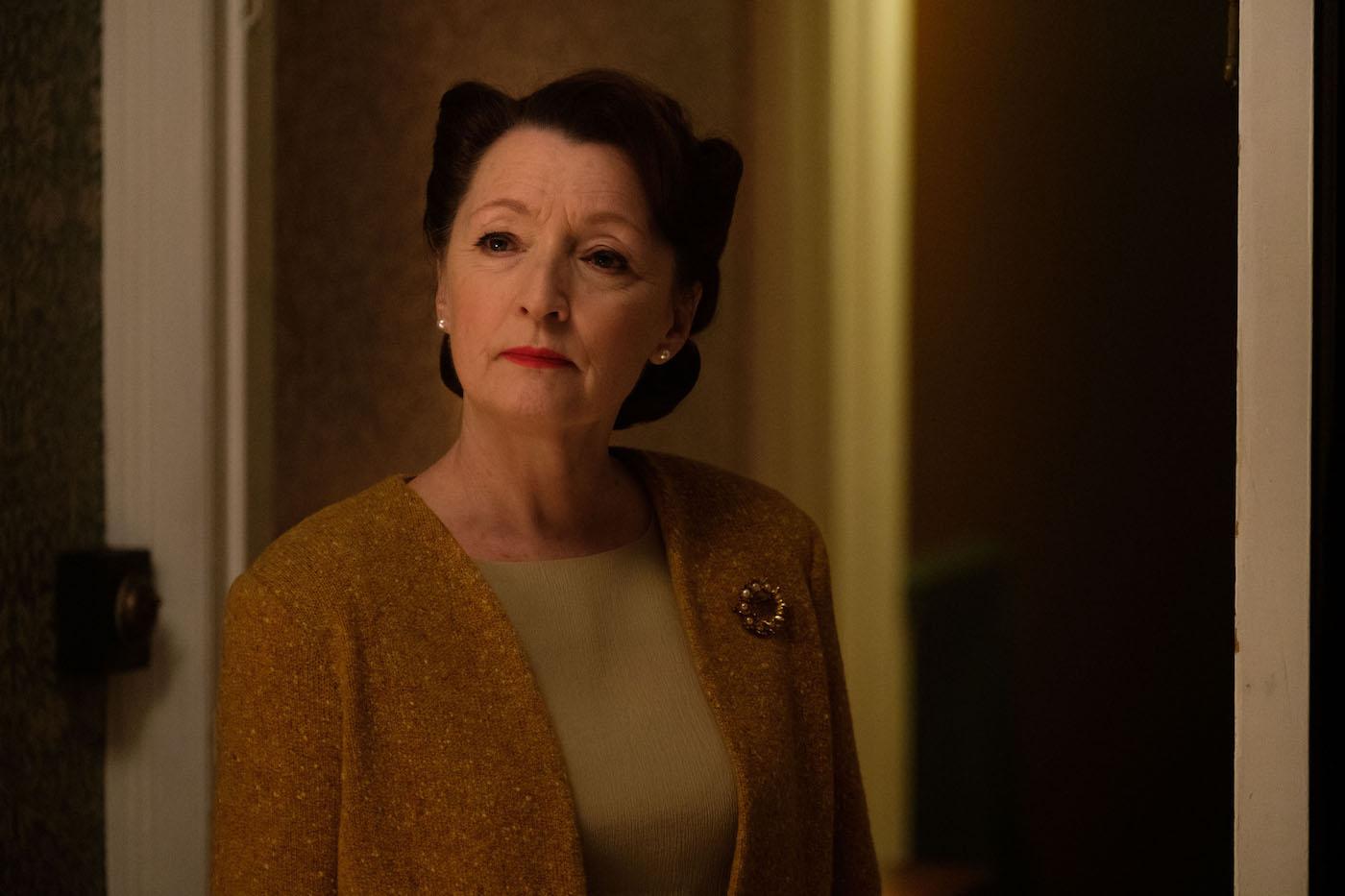 Robina is furious with Harry for squandering the chances she gave him in life. Photo: Ross Ferguson / Mammoth Screen 2019

Not as completely as Kasia’s. She has decided not to leave Warsaw and has returned to work as a waitress, now serving German soldiers—and making sure to spit in their soup. When one harasses a fellow waitress and asks if she’s Jewish, Kasia defends her and gets slapped.

Picking her way home through the rubble, she spots her brother, Gregor, who has been missing since going with their now killed father to defend Danzig. The Germans are rounding up any men in the streets, but Gregor and Konrad, a fellow survivor of Danzig, manage to escape. Kasia follows them and hugs Gregor, learning of their father’s death. She tells him he needs to go—Polish men are not safe—and he and Konrad flee, leaving her a pistol. She doesn’t tell Gregor their mother is dead.

Kasia has lost everything, and wants to fight. When she sees German soldiers cutting off a Jewish man’s beard in the street, she raises her gun to shoot—but the young man whom she saved during the initial invasion grabs her hand and pulls her away. She asks to join whatever resistance group he’s in. Eventually, he accepts, and she swears an oath to the resistance.

Nancy is also subtly resisting the Germans. She ends one broadcast by asking, “What will America do?” infuriating her German supervisor. One of her neighbors seems to be watching her, especially when she interacts with another set of neighbors, the Rosslers. When Nancy goes to a movie with Frau Rossler and her daughter, the daughter has some sort of fit during the news clips about the conquest of Poland. When she is rushed home, Herr Rossler criticizes his wife—“anyone could have seen!”—but downplays Nancy’s concerns that the girl should see a doctor.

Back in England, Tom ends up enlisting in the army after being taunted for lining up with the conscientious objectors. His dad is upset, but Lois says she thinks he’s right to be doing something. And then she breaks the news to her dad: she, too, is joining up, to entertain the troops with her singing—her pianist has pushed her to take this chance at the spotlight. Lois’s dad is glum—but tells her that he hasn’t been much of a dad; the least he can do is let his kids go.

And Harry? He has also enlisted. He’ll be an officer; Jan will stay with Robina. Before he goes, he buys a bird for Jan. 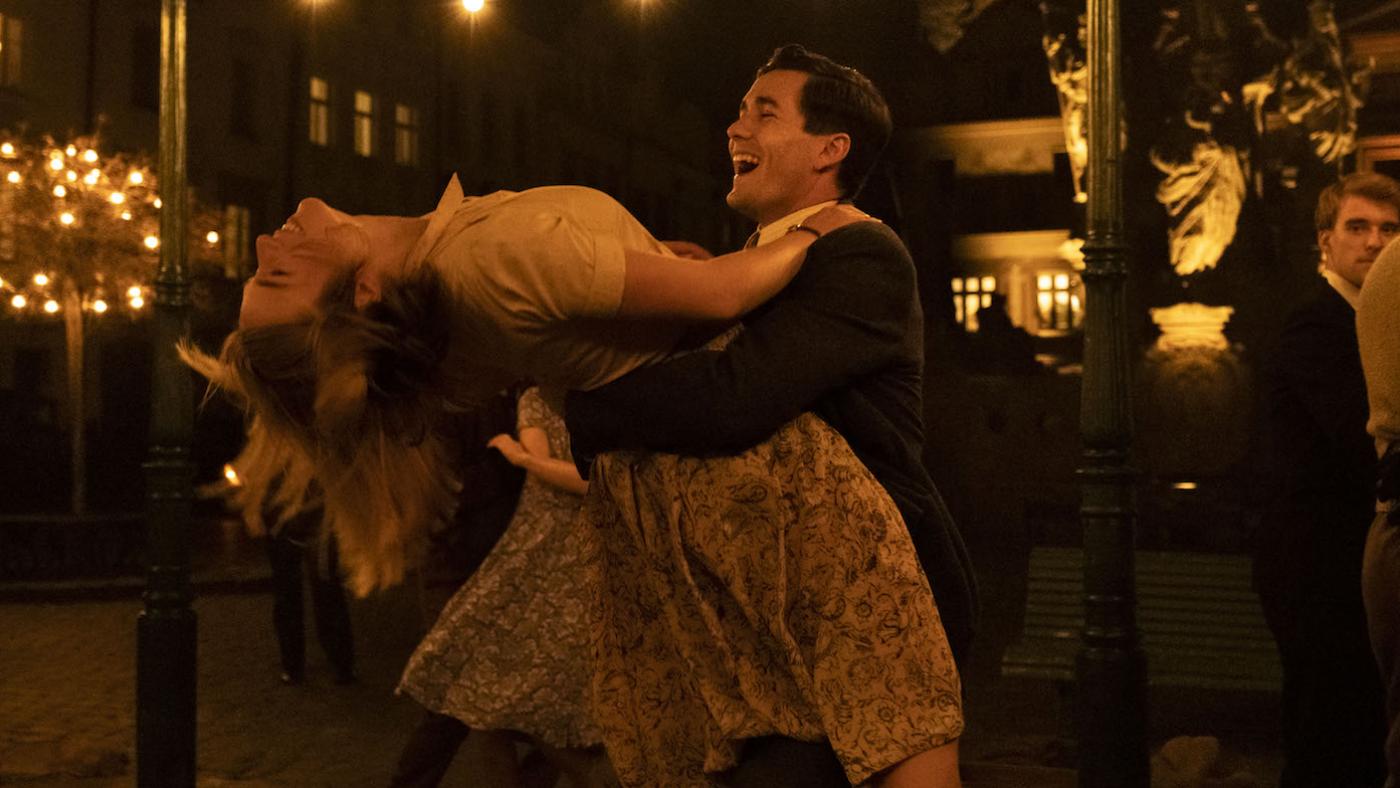 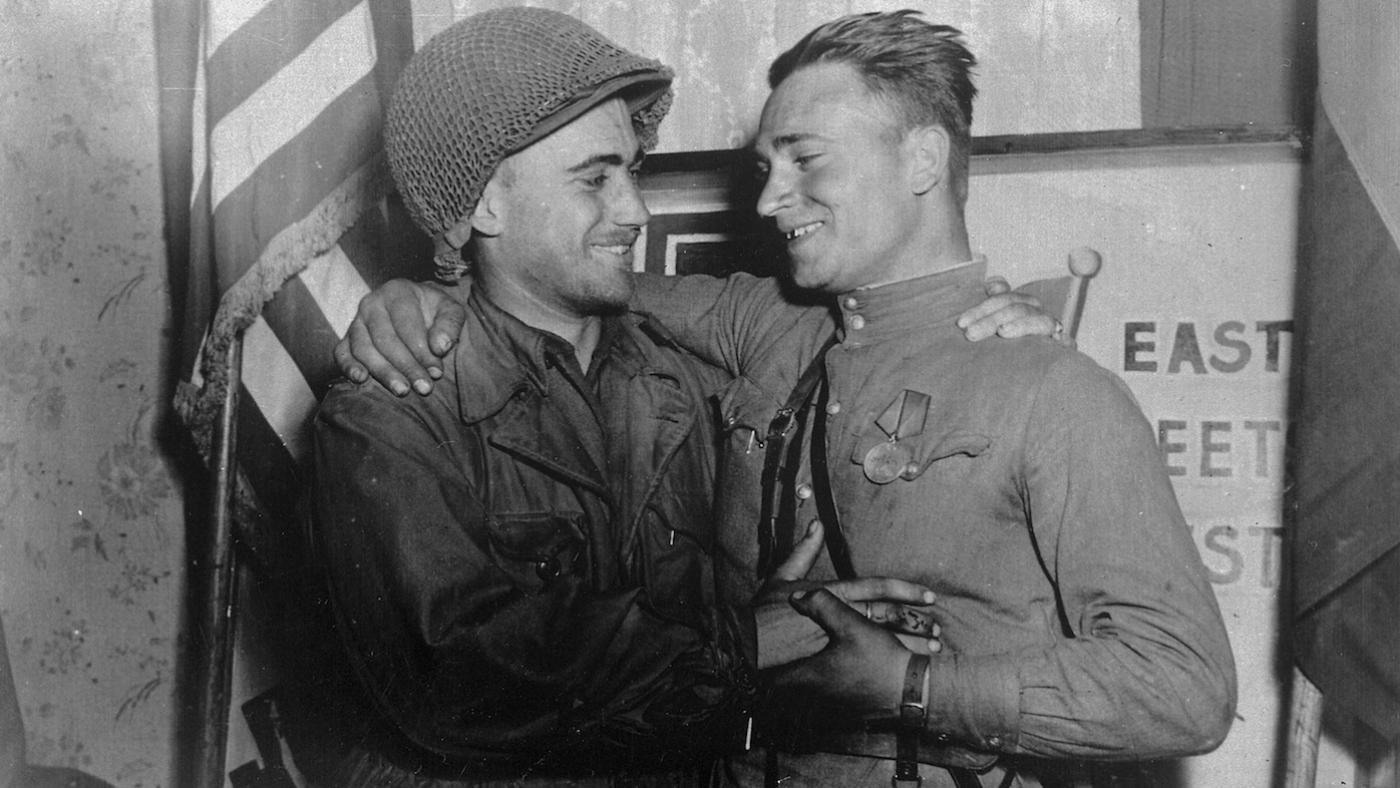 75 Years Ago, World War II Began to Draw to a Close in Europe